As the competition for their sleeping arrangements, the cast was told to hold a debate on the question of who would get married first, Kim Jong Min or DinDin. The two cast members had often spoken about marriage and teased each other about their love lives. 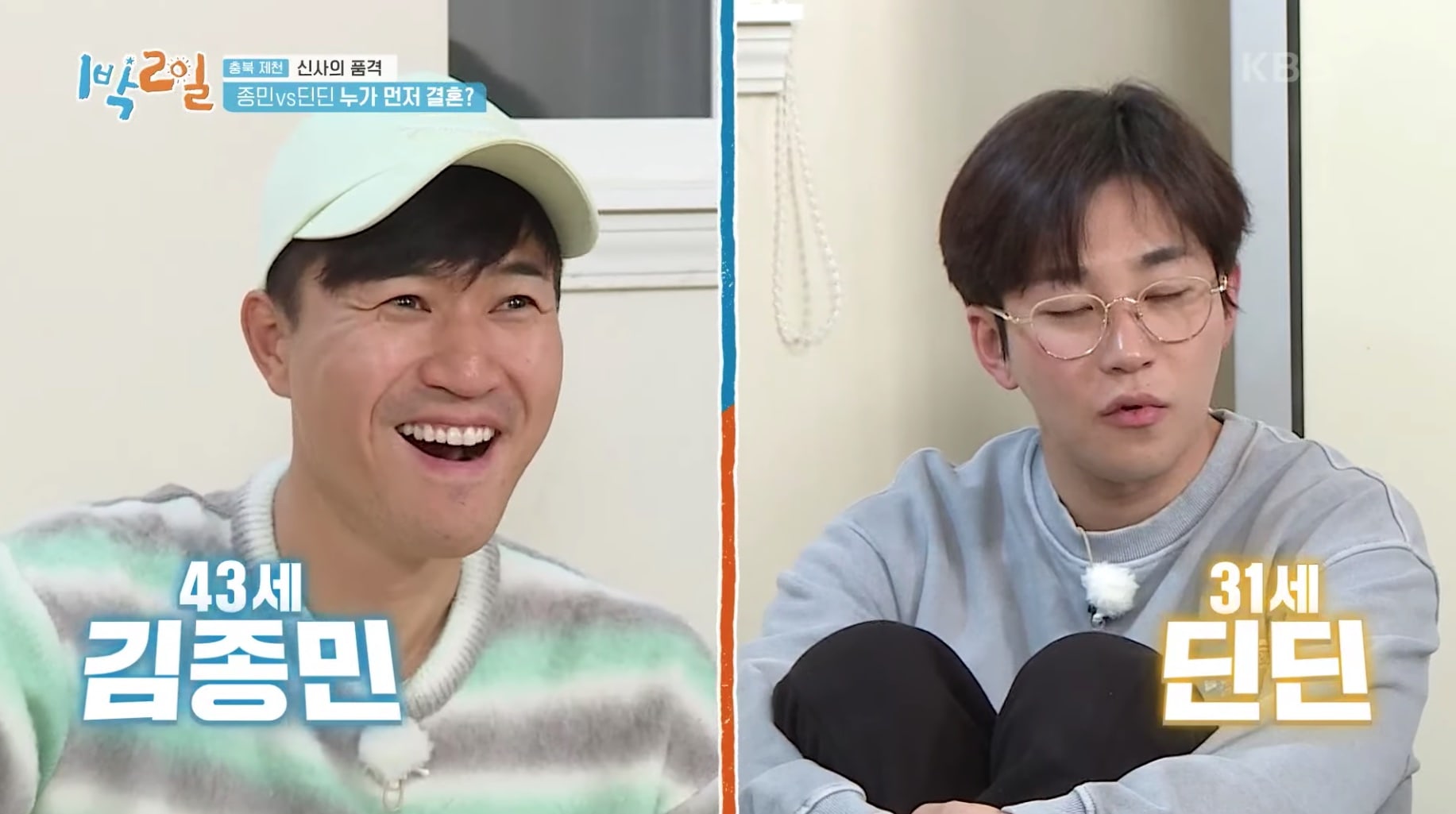 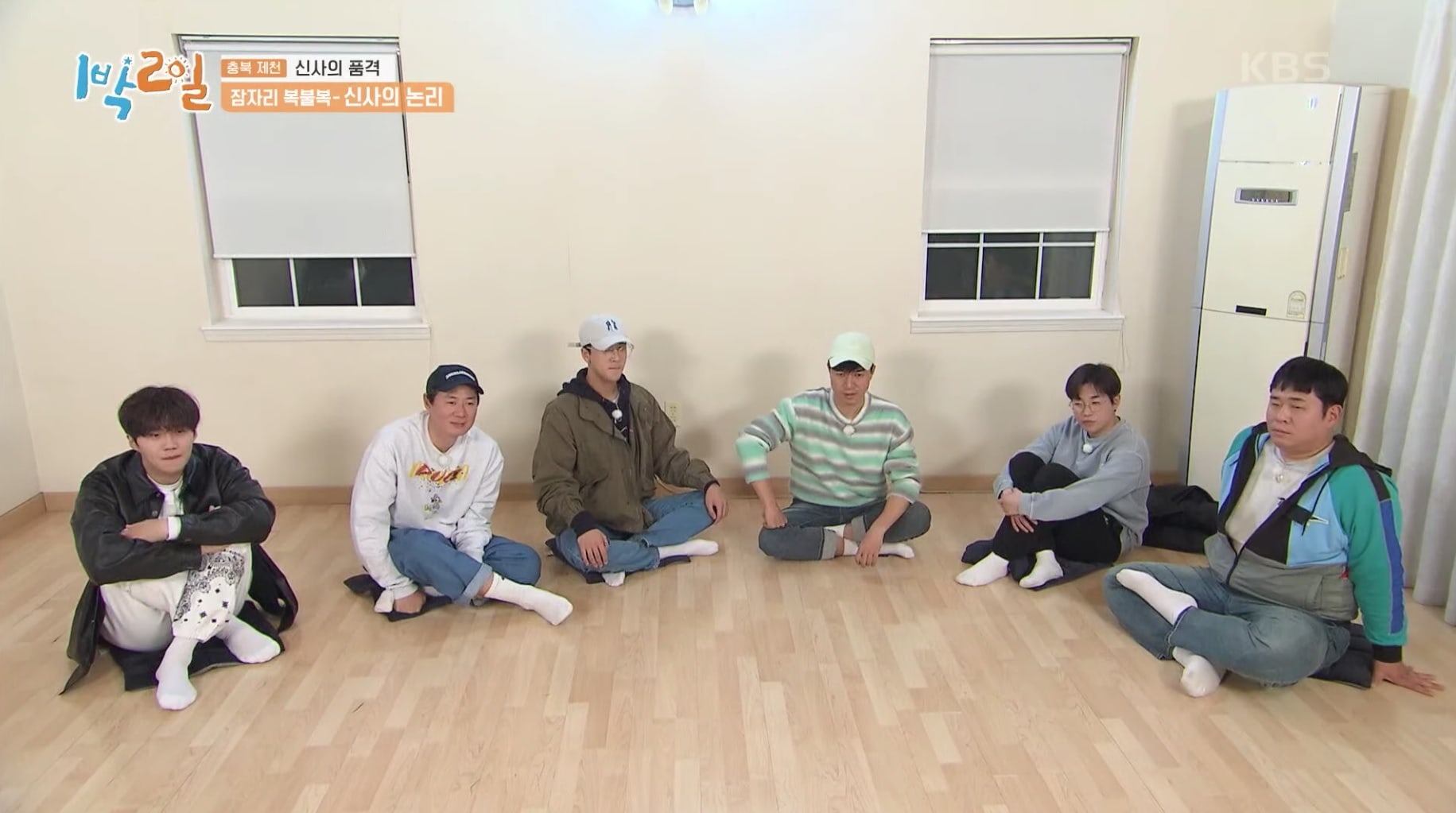 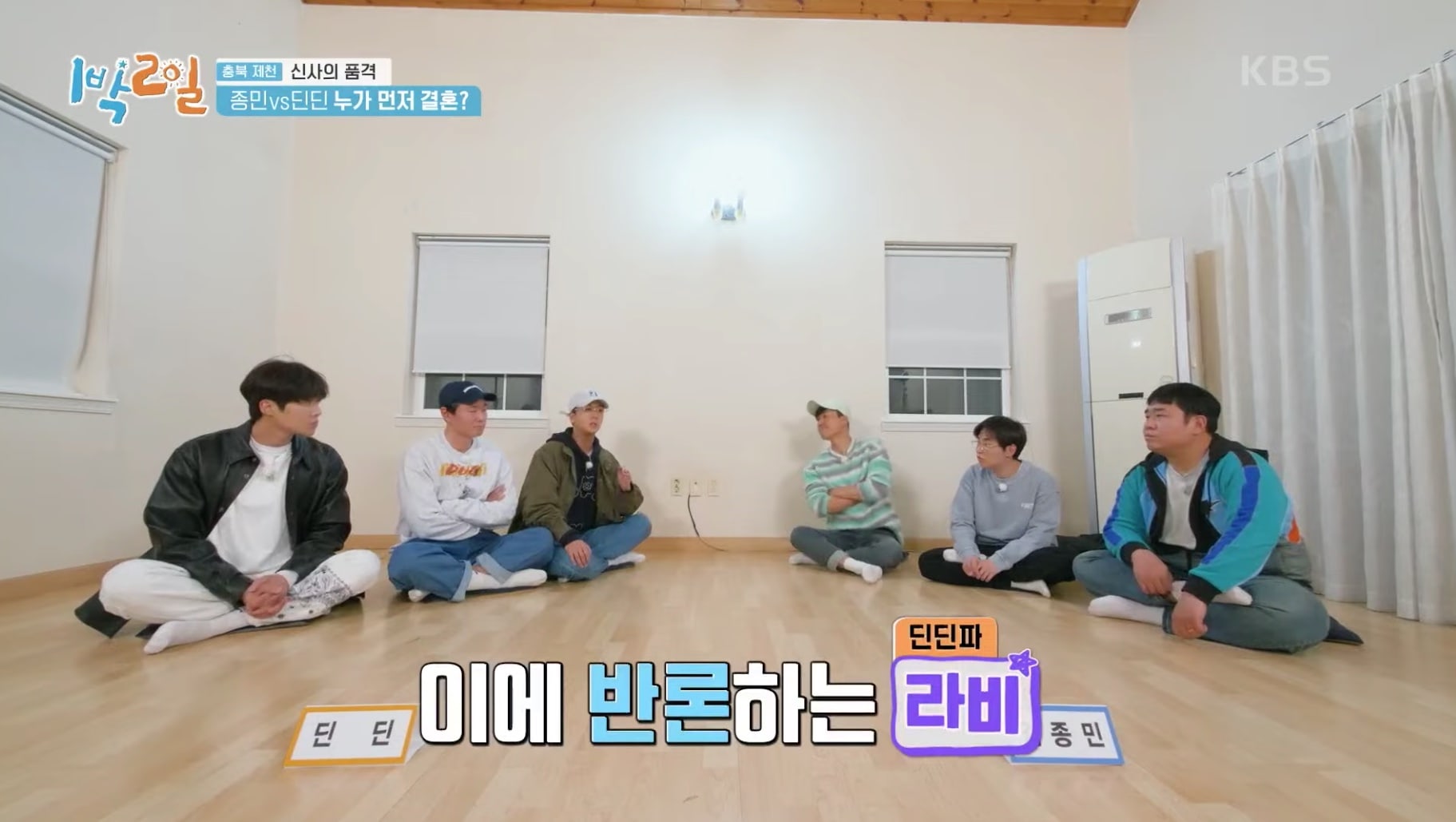 DinDin first tried to overturn all arguments by saying that he had picked Kim Jong Min, so Kim Jong Min’s side should win. Ravi said, “I compared their two lifestyles. Apart from work, Kim Jong Min spends most of his time at home. When he meets someone of the opposite sex at work, he’s not very proactive. On the other hand, when DinDin has free time, he likes to meet up with people. So he has a higher chance of meeting someone on average.” 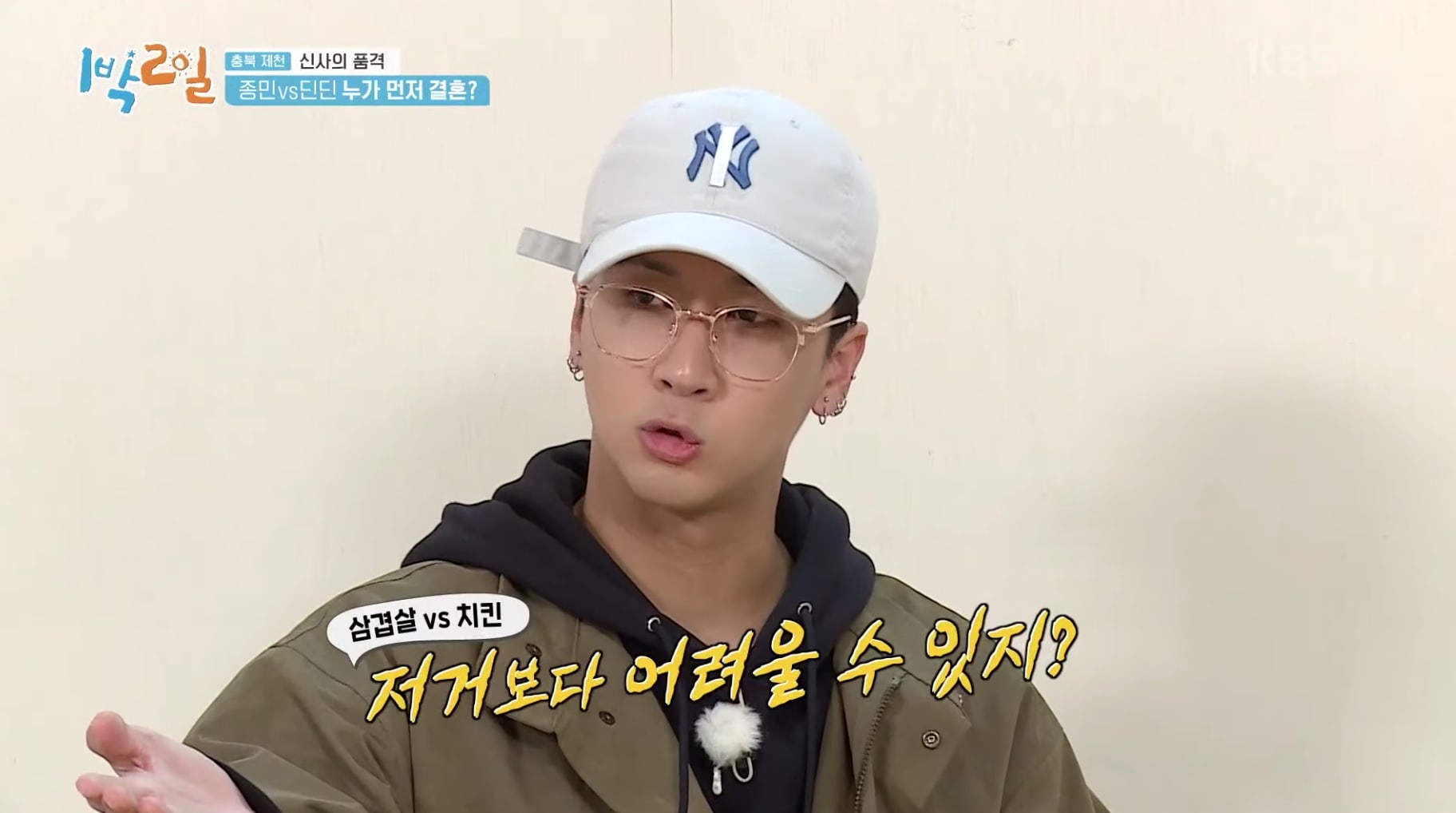 Kim Jong Min said, “I had a lot of chances in my 30s as well. I met a lot of people and they all came to nothing. DinDin will be the same.” DinDin then got mock-upset and said, “I’m going to get married this year just to show you.”

Yeon Jung Hoon surprised everyone with the pronouncement, “I think DinDin will get married first. Sure, he might get divorced, but he’ll go there first. He’s still young, and he’s the type that if he meets someone he likes, he’ll go full steam ahead.” He added later, “DinDin is very energetic. Even if he causes an incident, he’ll get married faster.” 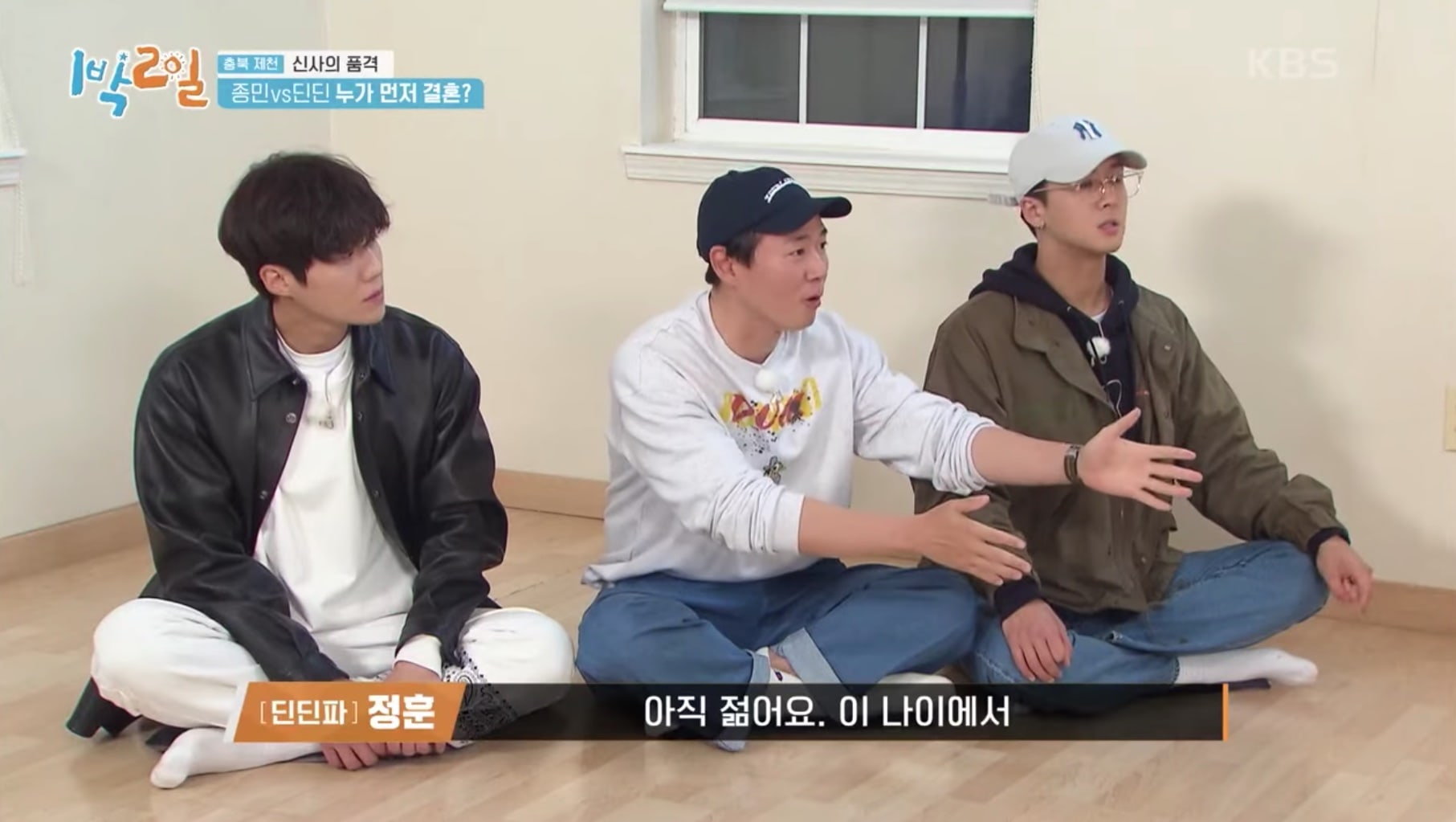 Kim Seon Ho said, “Kim Jong Min lost a lot of weight recently, so it feels like he might start something big soon, but his diet made him do weird things, so I don’t think he’ll get married after all.” 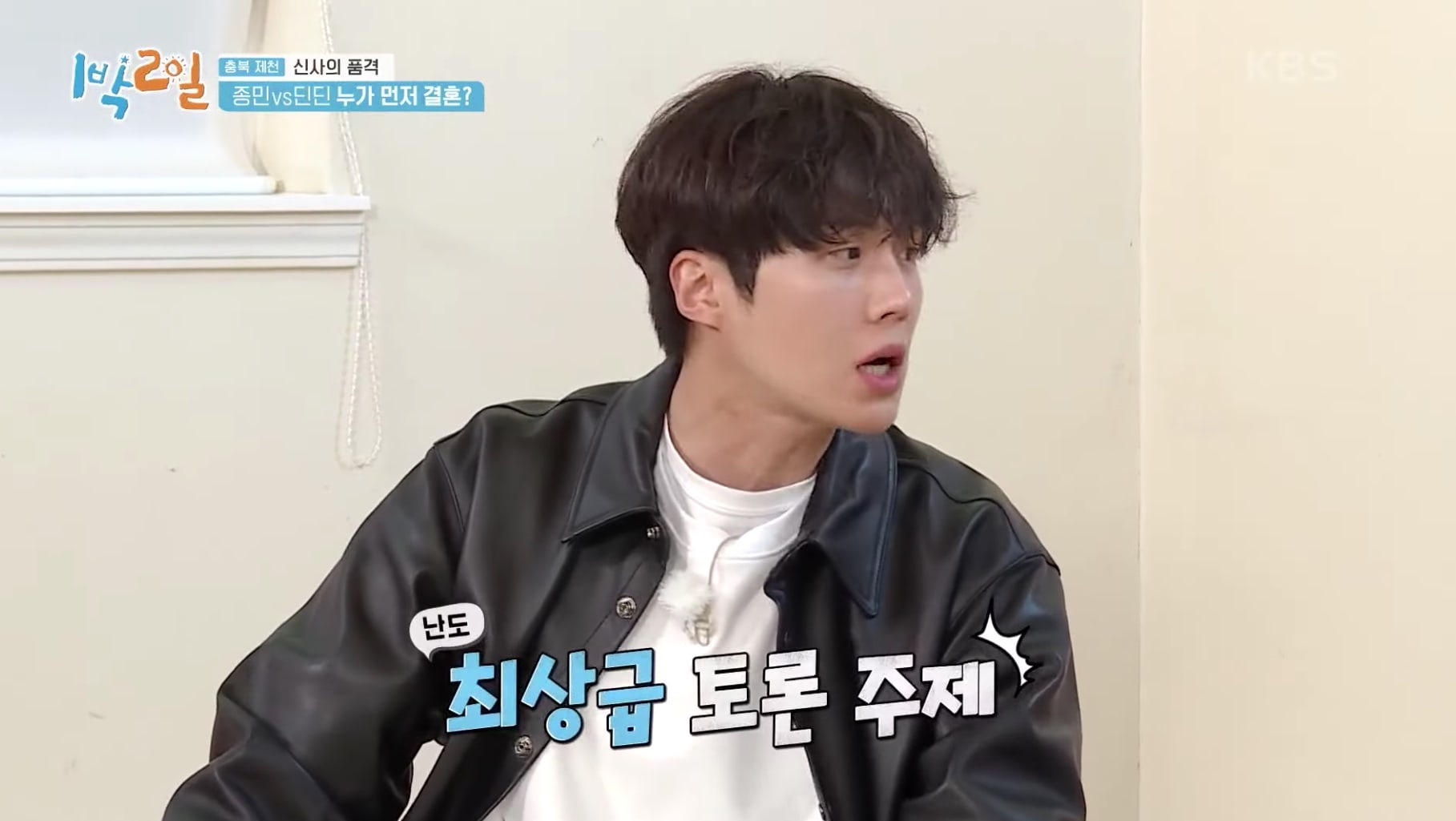 In the end, the staff members voted on which side was the most convincing, and DinDin’s side won with 18 votes to 12. The staff members shared various anonymous opinions like, “The arguments on DinDin’s side were more realistic,” “But DinDin seems to have more standards about what he likes,” and “Kim Jong Min seems too desperate to get married, which can be intimidating.” The staff tried to comfort Kim Jong Min with encouragement like, “It’s time to send him off,” but Moon Se Yoon said, “It sounds like you’re talking about heaven.” 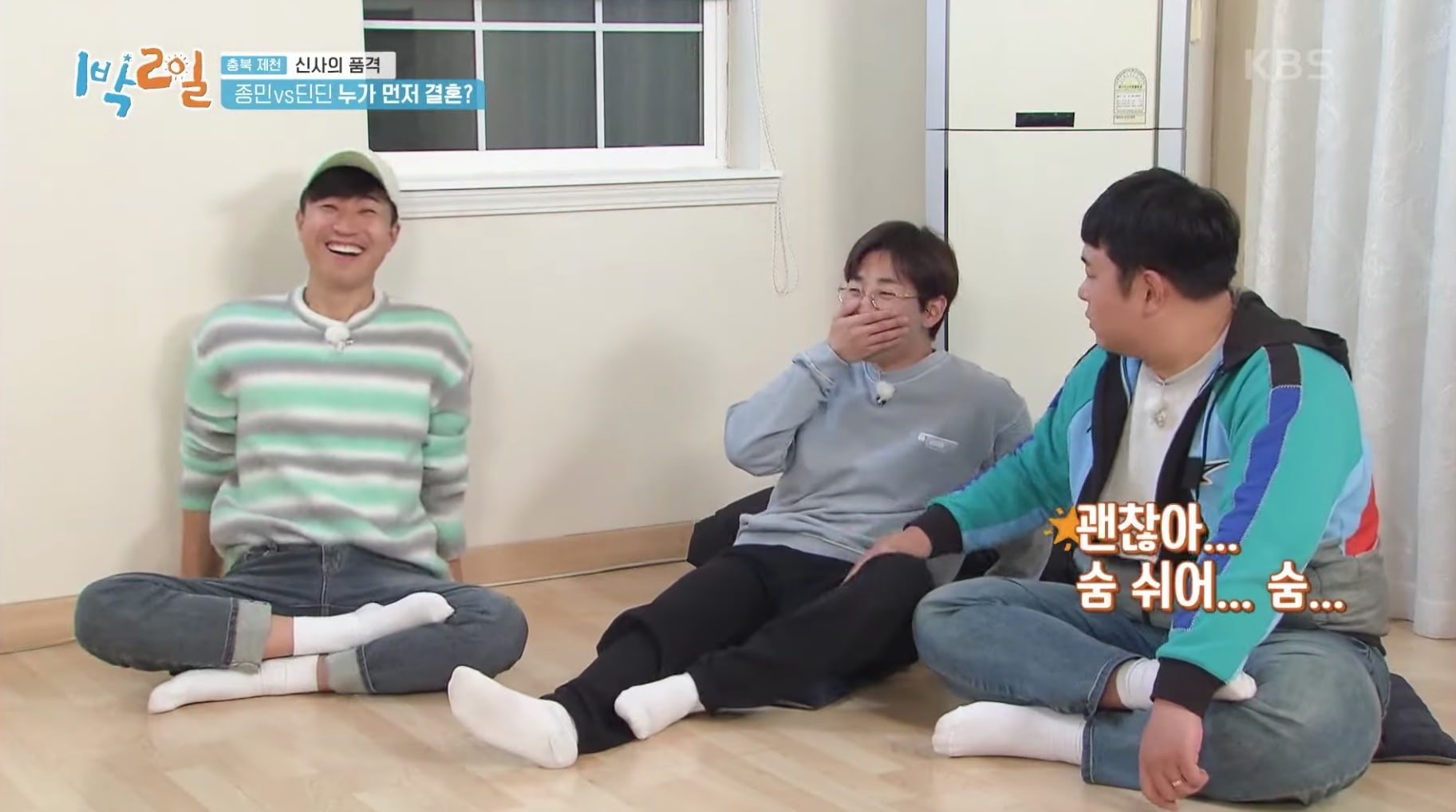 Which side of the debate would you have been on?