SM Entertainment has released teaser images of Lay for EXO’s upcoming comeback, and EXO-Ls (EXO’s fans) are more excited than ever! 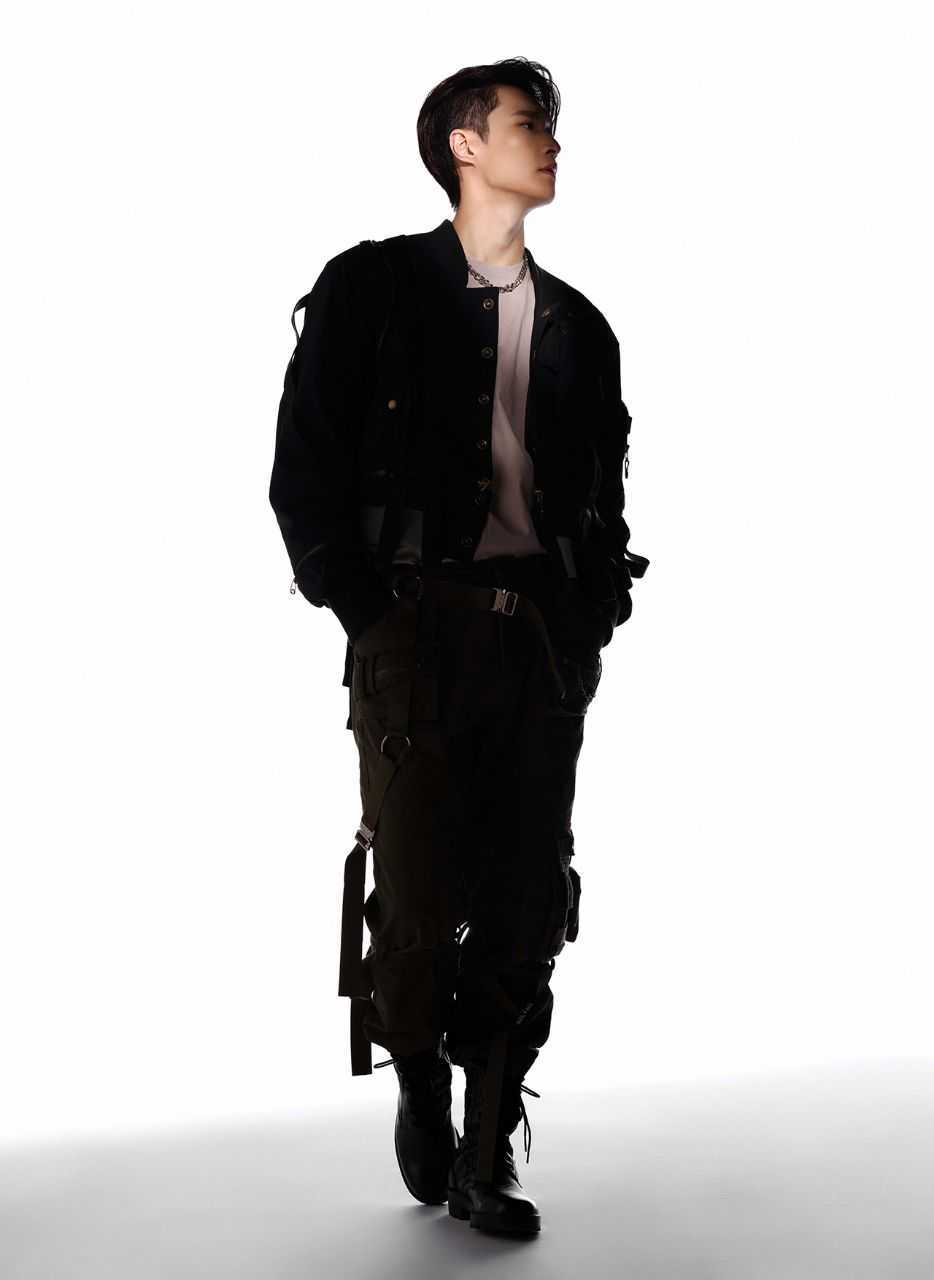 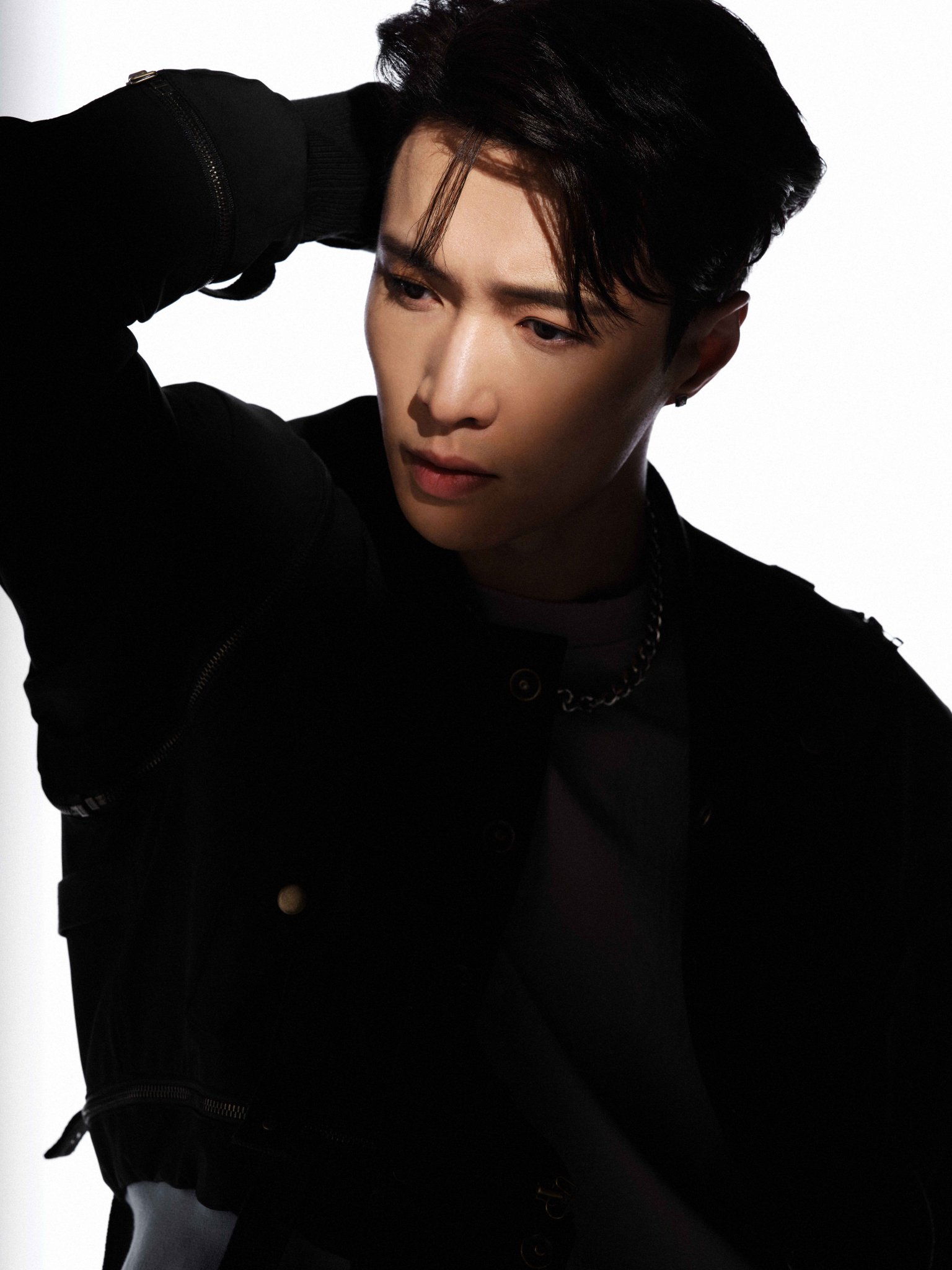 On May 26 at 8 p.m. KST, the time of the total lunar eclipse (blood moon), EXO released individual teaser images of the members participating in the special album “Don’t Fight the Feeling.” Based on the teasers revealed, the seven members Kai, Sehun, Baekhyun, D.O., Chanyeol, Xiumin, and Lay are taking part in this album. Members Suho and Chen are not able to participate as they are serving in the military. Chanyeol and Baekhyun, who are also serving in the military currently, were able to wrap up preparations for the album ahead of their enlistments.

It has been three years and a half since Lay last participated in an album with EXO. The last album he was part of was “Tempo” in November 2018. It’s no surprise that fans are thrilled to see Lay back with the group!

Immediately after the teasers were released, hashtags and keywords related to Lay and EXO’s comeback appeared in the top 10 trending hashtags on Twitter. 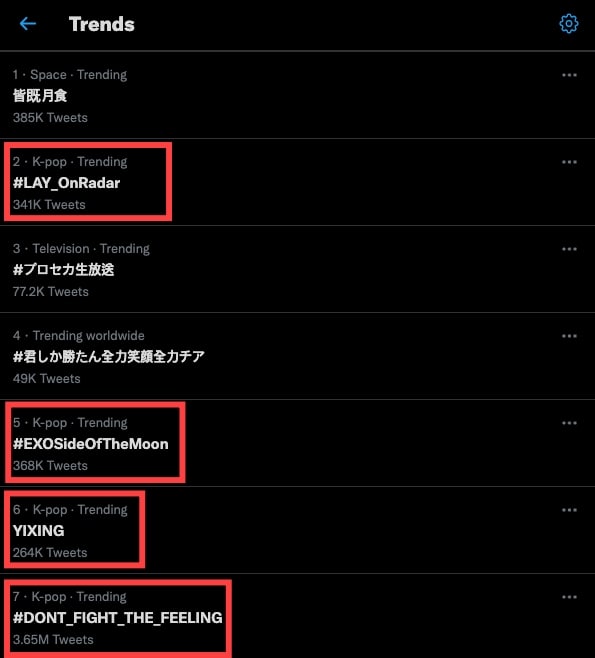 Now check out some of the fan reactions on Twitter!

I can't even put everything in words! All I can say is finally the long wait is over and welcome back our dearest Yixing! I am so happy rn. This is like a dream? Iloveyou EXO?❤️#DontFightTheFeeling #EXO_EPISODE01 #EXOSideOfTheMoon #LAY_OnRadar #EXO_IS_BACK @weareoneEXO pic.twitter.com/HNgzno1p5A

EXO will just drop there and the, and the whole radar will break. YES! THE HINTS AND ALL THE GHOSTING ARE WORTH IT? LAY IS BACK! YIXING WILL ALWAYS BE PART OF EXO!#EXOSideOfTheMoon#LAY_OnRadar#DONT_FIGHT_THE_FEELING pic.twitter.com/9dHZ2gZsFM

The healing “unicorn” Lay is back and he literally healed so many broken EXOL hearts just by showing up. Congrats to all baby Ls like me. This is our first cb and it’s one for the keeps! ? #LAY_OnRadar #DONT_FIGHT_THE_FEELING #EXO @weareoneEXO #EXO_IS_BACK #EXO_EPISODE01 pic.twitter.com/WcTK0VtDvL

Fans were all expecting one thing and instead got something even better!

IMAGINE EXPECTING AN EXO OT6 CB BUT THEY GAVE US OT7 COMEBACK.?

LORD WHAT DID WE DO TO DESERVE THIS KIND OF COMEBACK? BABY EXOLS ARE INDEED WINNING. ?❤️

How nice to wake up like this, to see lay on this cb seems like a dream but it gives me a thousand years of life, Exo is 9 today and forever.#LAY_OnRadar #DONT_FIGHT_THE_FEELING#EXOSideOfTheMoon #EXO #EXO_OnRadar #weareoneEXO #EXOL pic.twitter.com/TJkrZecks5

Remember when yixing’s eyes had shown an eclipse during “What is love,” MV? and his teaser was released the day of the lunar eclipse, freaking main character! #LAY_OnRadar #DONT_FIGHT_THE_FEELING pic.twitter.com/P9H9TMBM8t

“Don’t Fight the Feeling” will be released on June 7 at 6 p.m. KST. Check out their comeback schedule here and the latest teasers here!