Na In Woo Talks About How He Was Cast For “River Where The Moon Rises,” Difficulties Of Filming 20 Episodes In 5 Weeks, And More

Na In Woo is full of charisma in his new pictorial with W magazine!

The rising actor recently starred in KBS 2TV’s “River Where the Moon Rises,” and he was confirmed to star in the upcoming drama “The Jinx’s Lover” (literal title) by the same director. He will also make a special appearance in the KBS 2TV’s drama “At a Distance Spring is Green,” and he’ll be taking a lead role in the film “Her Bucket List” (literal title).

In the interview that followed, the interviewer complimented Na In Woo on his broad shoulders and tall height. Na In Woo shared, “Everyone I meet talks about my shoulders a lot. It’s actually not that wide. However, it must be a good thing [to be mentioned].” He added that he bumped his head often and had bad joints because of his tall height, saying he often feels awkward because of his long limbs. 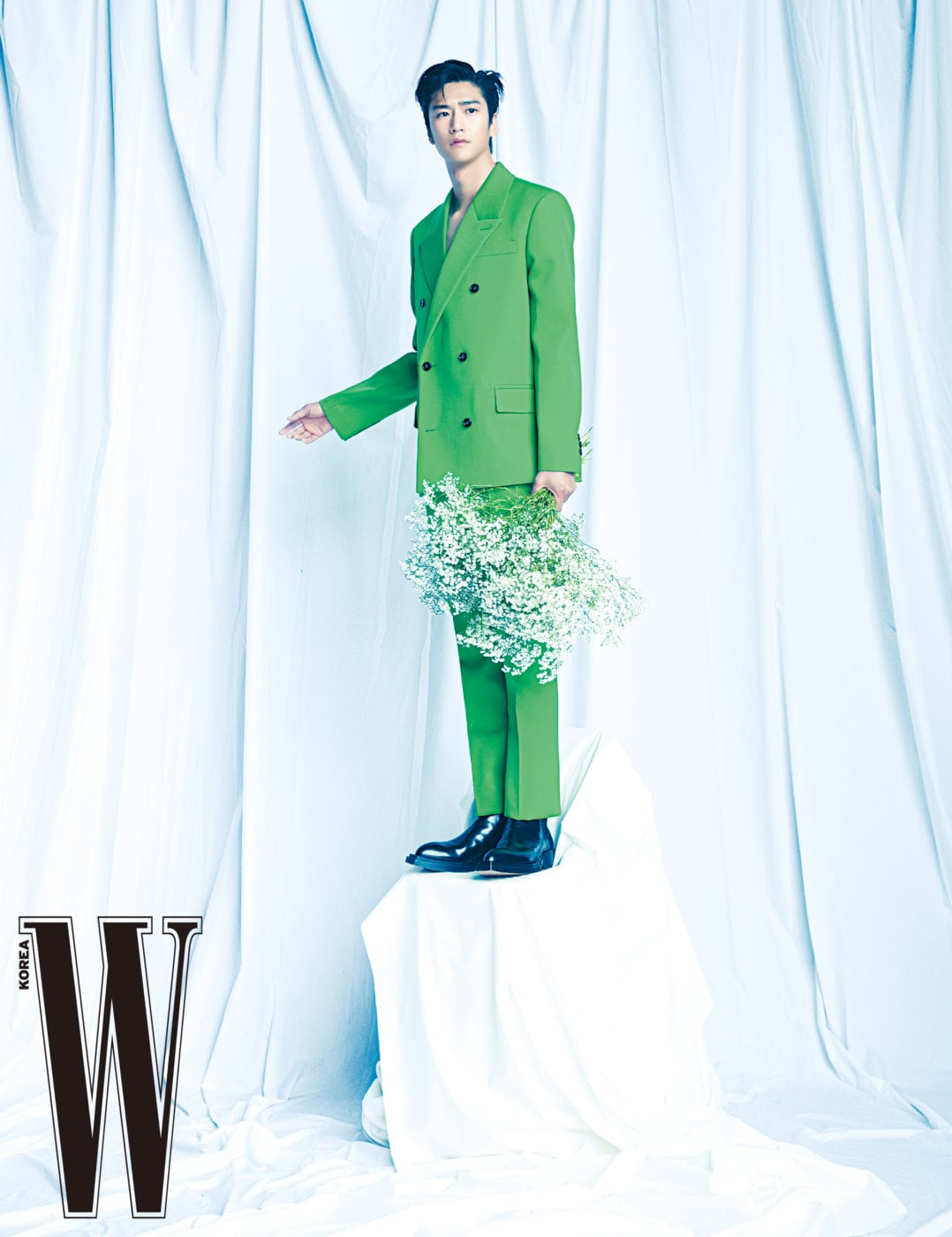 On his casting for “River Where the Moon Rises,” Na In Woo revealed that he had received a call to go to the agency at night after filming for “Her bucket List.” He elaborated, “After going in, I talked with the CEO for about an hour, and as an actor, I also felt sorry that a project was in danger of being scrapped.” The next day, I met with director Yoon Sang Ho of ‘River Where the Moon Rises.’ I did the recording for my voice, the fitting for my outfit at night, and the next day, I immediately went into filming.”

Na In Woo further explained that he had previously auditioned for a role in director Yoon Sang Ho’s project. He shared, “Since my last project was a historical drama, I think he could easily imagine me wearing a hanbok (Korean traditional outfit).” 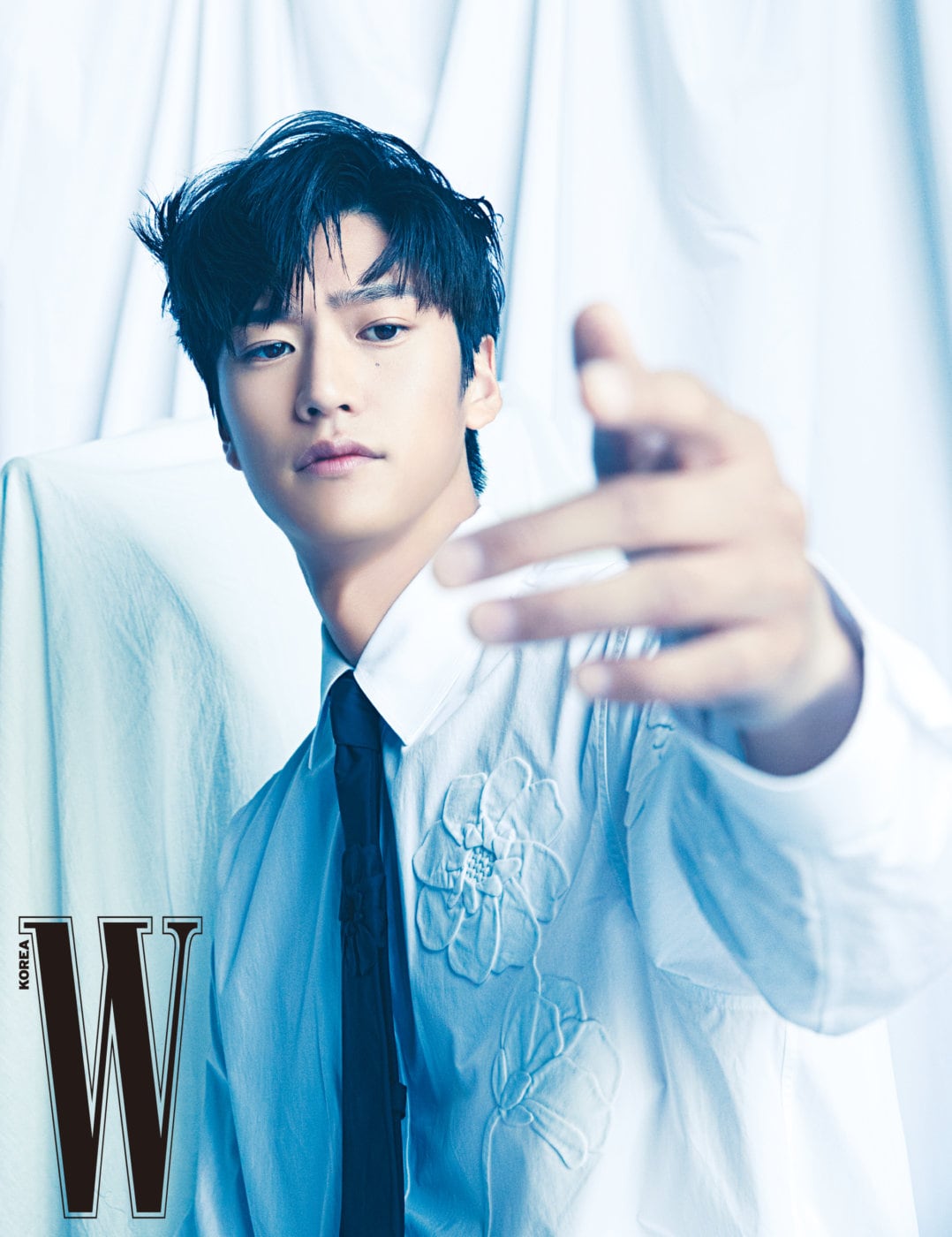 On filming 20 episodes in five weeks, Na In Woo shared, “I often didn’t sleep. This was because there were 20 and up to 40 scenes I had to film in one day. I filmed for the drama starting in the morning, and as soon as it ended, I would film ‘Her Bucket List’ all night. In the morning, I would go to the drama set again. The saying that people get superhuman strength when they’re pushed to extreme situations is accurate. I gritted my teeth while thinking, ‘I have to do this no matter what,’ rather than, ‘I have to memorize the script.’ That’s why there were a lot of ad-libs.”

He continued, “The director allowed me to act freely. The scriptwriter also sent me a text reading, ‘Thank you for doing such a good job.’ Those things were a huge strength to me. When I think about it now, I think we did it by trusting in each other. I was also thankful to receive such a good opportunity.” Na In Woo revealed that although he had lost 7 to 8 kilograms (approximately 15 to 18 pounds), he had recently gained 4 kilograms (approximately 9 pounds) back. 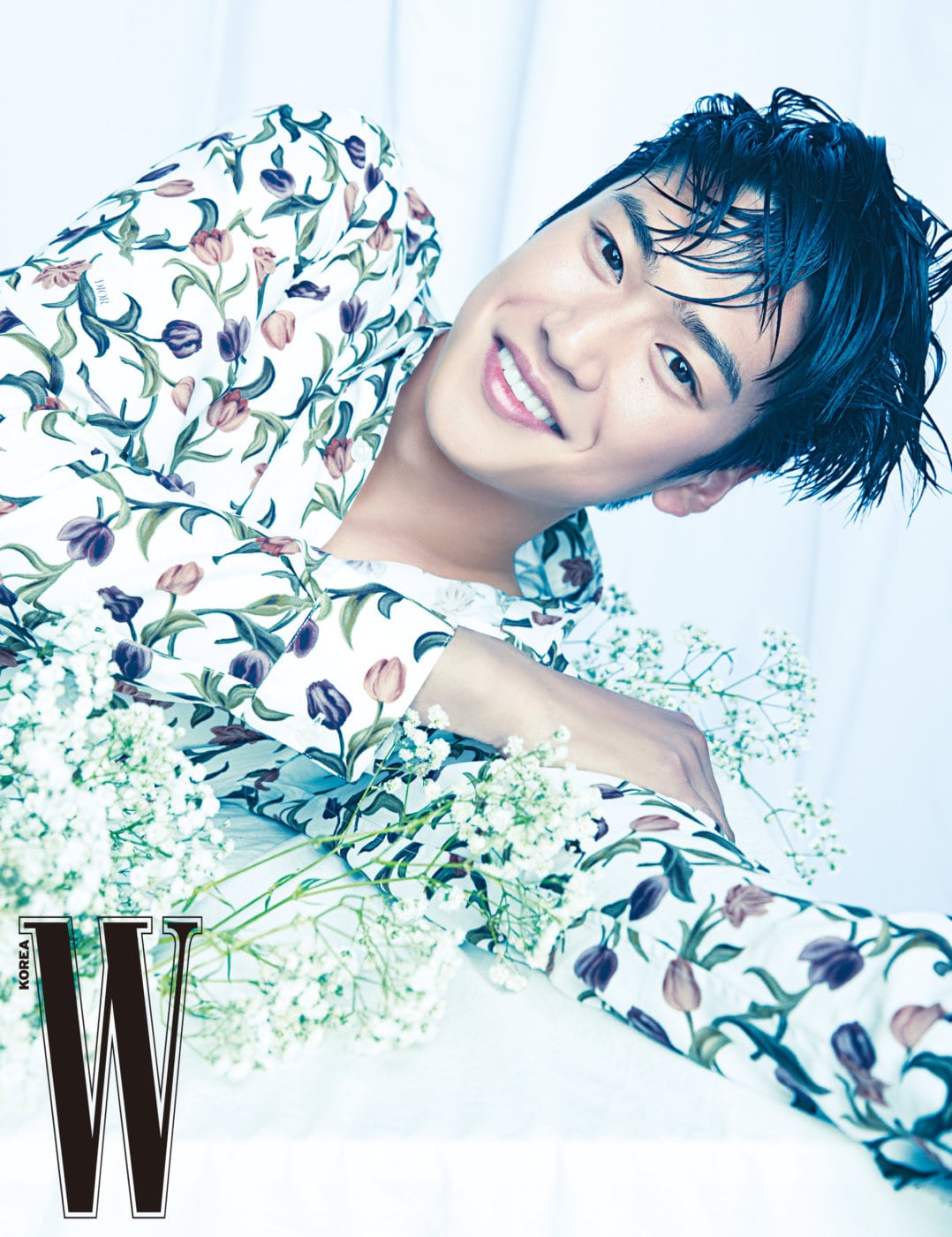 On his casting for “The Jinx’s Lover,” Na In Woo shared that he had grown close to the director after working together in an extreme situation. He shared, “The director was very considerate, and he lead us so that I could immerse myself 200 percent on set.”

As the first actor to join Cube Entertainment, Na In Woo shared, “Since I’ve already spent nine years at Cube, I’ve become one of the people who has been in the company the longest. I don’t know about anything else, but it’s comfortable because I don’t have to be wary since I’ve been here longer than most employees.”

Furthermore, the actor talked about how nervous he still is in front of the camera. He explained, “Since I’m doing this job even though I had a difficult time speaking in front of people since I was young, I feel as if I’ve managed to hold on well.” Na In Woo also shared that he was okay with listening and writing in English since he studied abroad in Canada from when he was nine to 12 years old. 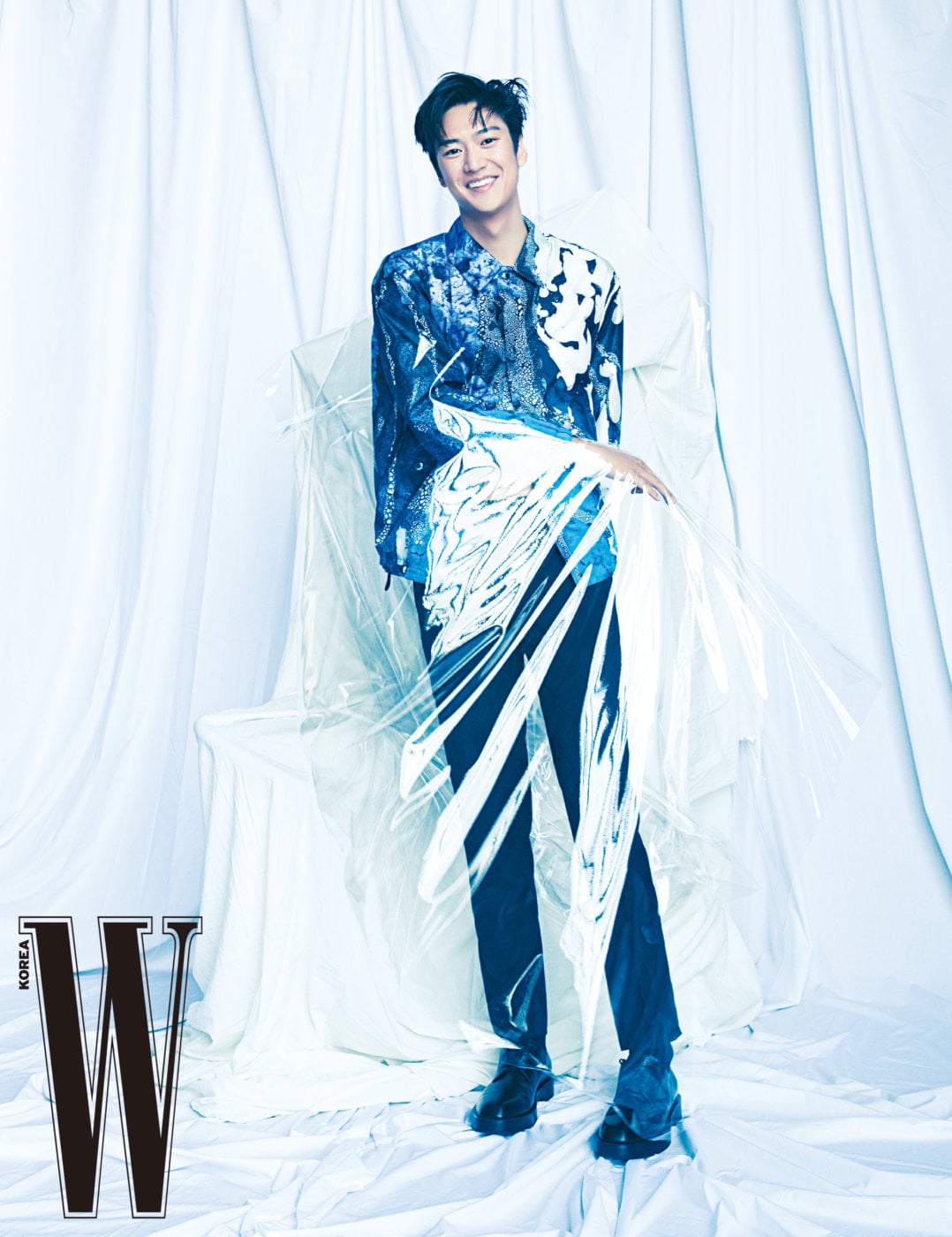 Na In Woo revealed that he is open to promoting as a singer if he is ever given the opportunity. However, he shared that he prefers ballads because he couldn’t improve at dancing. The actor also mentioned his great appetite, revealing he could eat a whole pan of pizza with Coke by himself.

Finally, when asked what kind of actor he wants to be, Na In Woo replied, “An actor who resonates and conveys sincerity. If I want to do that, I have to act with determination.”

Watch Na In Woo in “River Where the Moon Rises” below:

W Korea
Na In Woo
River Where the Moon Rises
How does this article make you feel?