In the final episode of the hit revenge drama “The Penthouse 2,” the villains of Hera Palace were judged by the law and imprisoned. Logan Lee (Park Eun Seok) returned to Korea with a mysterious man named Baek Joon Gi (On Joo Wan), but viewers were shocked to see Logan Lee get into an explosion right in front of Shin Soo Ryun’s (Lee Ji Ah’s) eyes. Furthermore, questions were raised about Baek Joon Gi, who left his bag behind in the backseat of Logan Lee’s car, Yoo Je Ni’s (Jin Ji Hee‘s) father Yoo Dong Pil (Park Ho San), who hovered nearby Shim Soo Ryun, and the suspicious elder who waved to Logan Lee right before the explosion occurred.

The new stills depict Shim Soo Ryun, Bae Ro Na (Kim Hyun Soo), Joo Seok Hoon (Kim Young Dae) looking stunned and devastated at the location of the accident where a space to mourn the deceased has been set up. Dressed in all black, Bae Ro Na looks at the mourning spot created within the area lined by police tape with an empty expression and tears in her eyes. 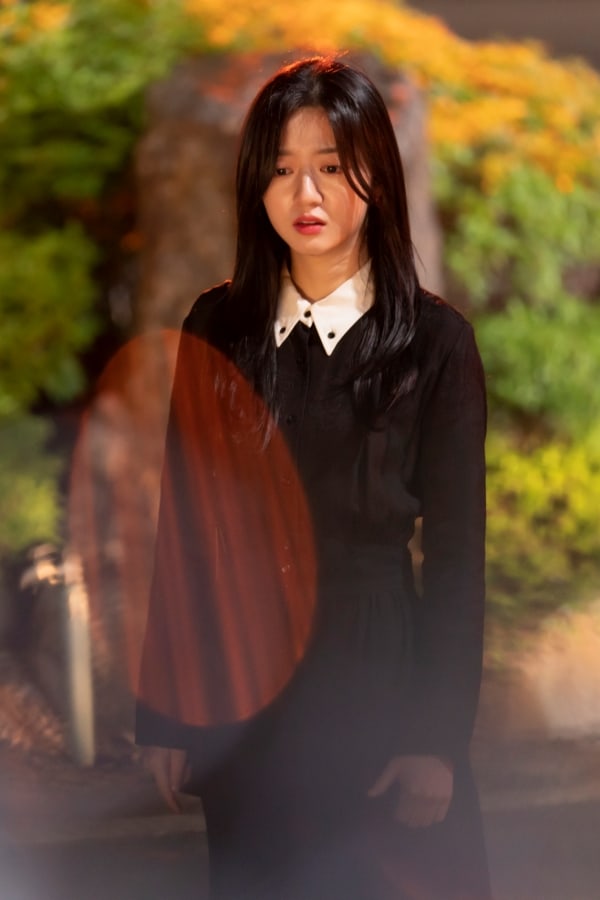 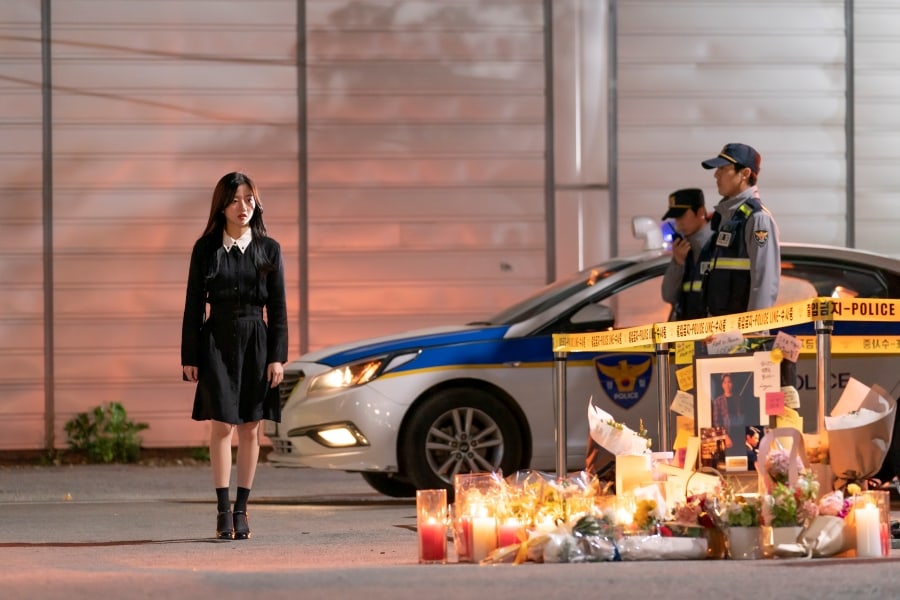 Shim Soo Ryun, who had to send off another loved one following her daughter Min Seol Ah (Jo Soo Min), looks faint as she’s heavily supported by Bae Ro Na and Joo Seok Hoon. Since the ending of “The Penthouse 2” revealed Joo Dan Tae (Uhm Ki Joon) receiving a newspaper in prison marked with the words, “Logan Lee out D-Day 9,” it’s expected that Joo Dan Tae is deeply involved in the situation. Viewers are curious to see if Shim Soo Ryun will be able to uncover all of the truth and finally finish her revenge. 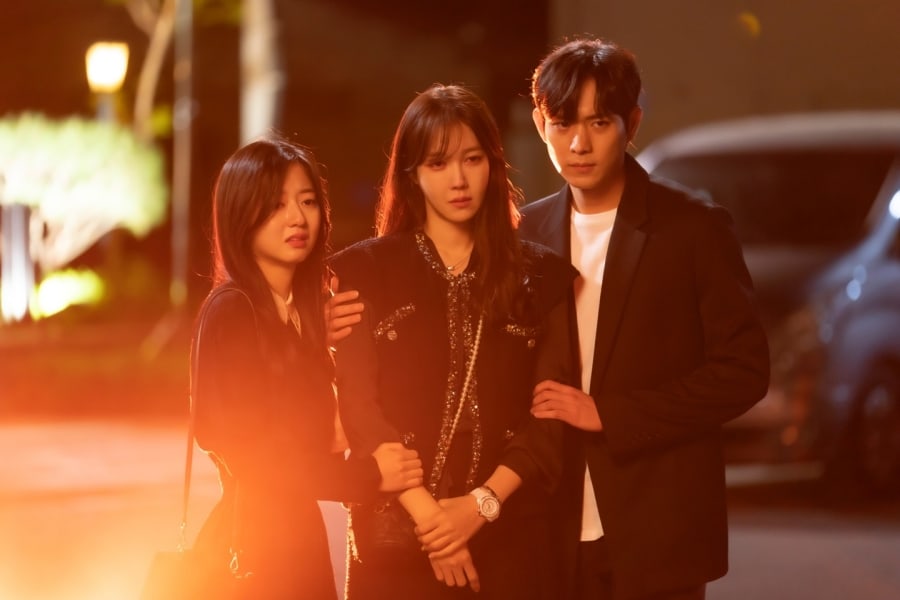 On the filming set for the new season, Lee Ji Ah, Kim Hyun Soo, and Kim Young Dae shared their excitement to be back. However, the atmosphere quickly grew tense as they immersed themselves in their roles, spilling tears as soon as the cameras began to roll.

The production team shared, “Logan Lee’s death will function as a huge variable for Shim Soo Ryun and the villains of Hera Palace. Please check out the truth of the explosion through the premiere of ‘The Penthouse 3.'”