Who’s The King: Here’s The Finale Of “Kingdom: Legendary War”

After 10 weeks of phenomenal performances from six very talented groups on “Kingdom: Legendary War,” we’ve now arrived at the finale of this journey. It’s been a fun ride, filled with budding friendships and, dare I say it, legendary performances.

But it’s not over just yet. Here are the six final performances of each group, along with your crowned King. Which also means, if you don’t want to be spoiled (but c’mon, it’s been nearly a week now), don’t scroll down!

“The Real” by ATEEZ

For their last “recharge” moment pre-finale, the ATEEZ members dressed up, climbed up to a rooftop, basked in the sun (and kept squinting their eyes because of the strong sunlight), and enjoyed a fancy-looking meal as they talked about their past stages on the show. 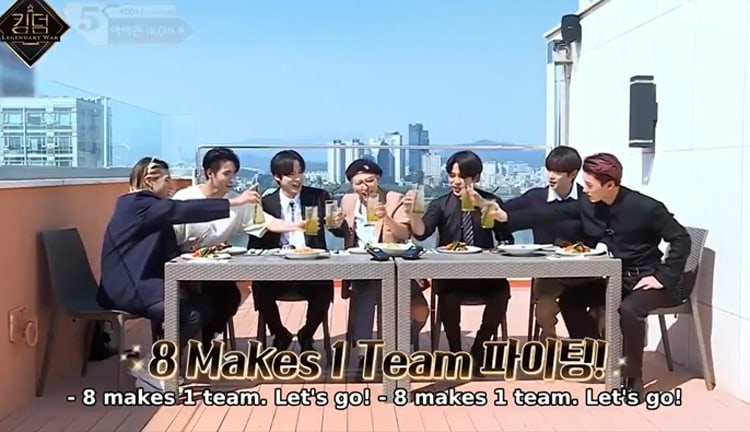 And it looked like the fine dining really did do them some good because their performance of “The Real” was extra lively and energetic. They seemed truly free-spirited and looked like they were having a lot of fun. It was practically a party by the end of their performance (there were even lion dancers!), and the immediate feedback from the other teams sitting courtside was electrifying!

Stray Kids also went out to have some fun prior to the finale. In fact, they had three times the fun! The group split into three teams and either chose to go camping or to the arcade. Or if you’re Han, you apparently chose to go learn how to make coffee solo. Everyone then convened at the camping site to have some shrimp on the barbie (heya, Aussies!).

Stray Kids went with a wolf concept for their introduction stage, and thus their choice to do the same for their finale stage was a nice way to bookend their journey on “Kingdom.” This was a more mature and evolved version than their introduction stage, and I’m not just saying that because of one shirtless Bang Chan. They delivered their usual top-notch performance with their signature acrobatic leaps and jumps and wowed the crowd.

“KINGDOM COME” by THE BOYZ

While the other five teams have been on the “Kingdom” journey for the past 100 days, it’s been much, much longer for THE BOYZ. They fought their way through “Road to Kingdom” before securing themselves a spot here. Sadly, because Younghoon was injured, he couldn’t participate in these last two performances. So instead, he very sweetly arranged for an amusement park outing for his mates, complete with video messages to each other.

“KINGDOM COME” is sort of their way of saying goodbye to this long journey of theirs and how they’re hopeful for the days to come. The performance was intercut with pre-filmed bits, which gave it an MV-vibe especially with how the locations and costumes changed. THE BOYZ should be plenty proud of all that they’ve achieved on “Kingdom,” and I’m sure they’re excited to show everyone their success outside of this show.

“Show And Prove” by BTOB

Before taking the stage one last time, the four members went to a creek to have some downtime. While enjoying a nice meal, the production team surprised them with letters from Sungjae and Hyunsik, both who are currently serving in the military. Both boys talked about how they’re keen to rejoin the group once they finish their military service and are looking forward to the next chapter for BTOB.

And this is essentially what the message of their performance was. This was the “finale” to their first ten years, and they’re readying themselves for their next act. The song was again written by Minhyuk, and he noted that the genre was “Kingdom,” i.e. something that could only be done on the show. It indeed does shift tonally throughout, but everything blends together perfectly, and it’s the epitome of a “finale” song.

“At ease” by iKON

While the other teams were going on mini trips and playing around, iKON went and filmed themselves a cooking show! As expected of iKON. A large portion of their pre-performance package was dedicated to how they had gained new friends during these few weeks and could now be considered “insiders.” It’s adorable how that’s been a huge part of their journey, and here’s to hoping that these friendships will continue to stay strong.

iKON’s “Road to Becoming Insiders” has been a success!

iKON has been catching the audience’s love with their free-spirited and fun-loving stages, and this was another one of them. Their performance was very playful, hip hop, iconically iKON (last time I can make this pun!), and the abrupt rhythm shift near the end brought an exciting change of energy that completely revved the tension up again.

The final group to perform on finale night was SF9, who had ranked first for the interim results for round three. For their little “recharge” activity, they gathered together and exchanged gifts, where Taeyang‘s and Hwiyoung‘s respective love for tight shirts and denim jackets were hilariously highlighted. 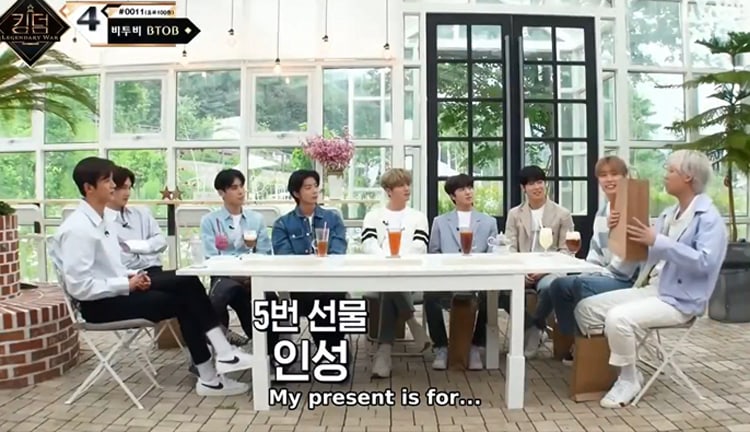 Their stage of “Believer” again played into their sensual image that they had been honing on “Kingdom.” It was sexy without it being as overt as their “Move” performance, and their costumes and the way the light diffused gave it a ’90s throwback vibe. The song itself was really nice too and sounded like something from a second-gen boy group (and that’s a compliment btw). SF9’s stages really have been evolving over these past few weeks, and it’s wonderful to see how they’ve grown in confidence.

The production team also gave us a little extra treat by gathering the vocalists from each group (or if you’re iKON, you send out your main dancer, Donghyuk). 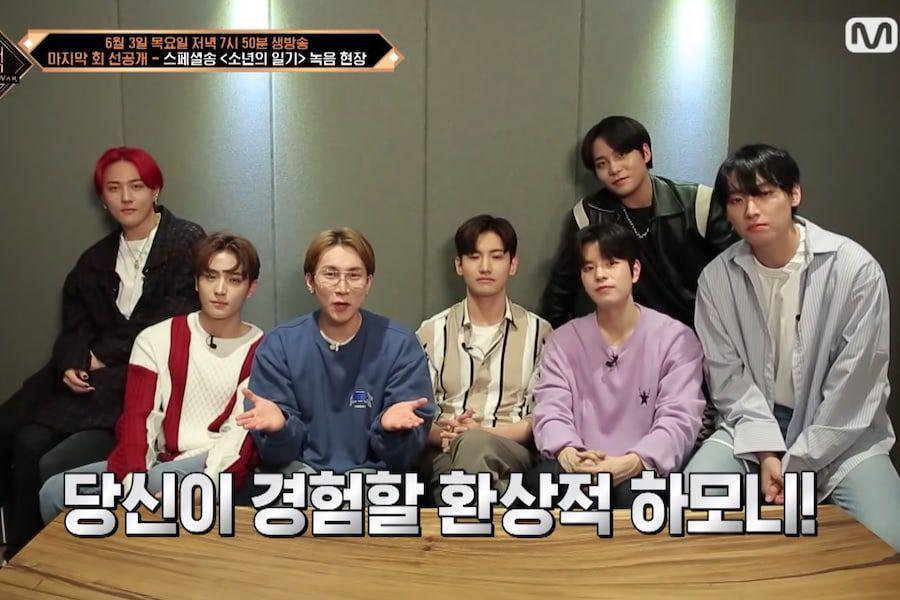 It seems like a missed opportunity to not have MC Changmin join in with them, but he did pay them a visit and brought donuts, so at least there’s that. The six boys joined together and mesmerized us with their performance of “A Boy’s Diary”:

And your King is…

After combining all the scores from the long journey, the group that won the whole shebang was…Stray Kids! 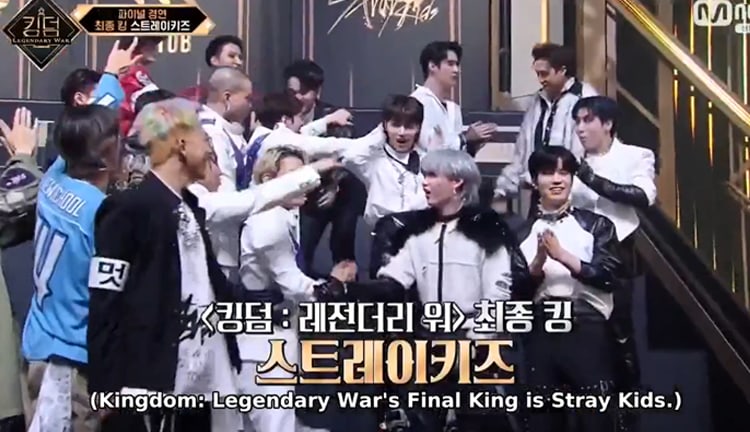 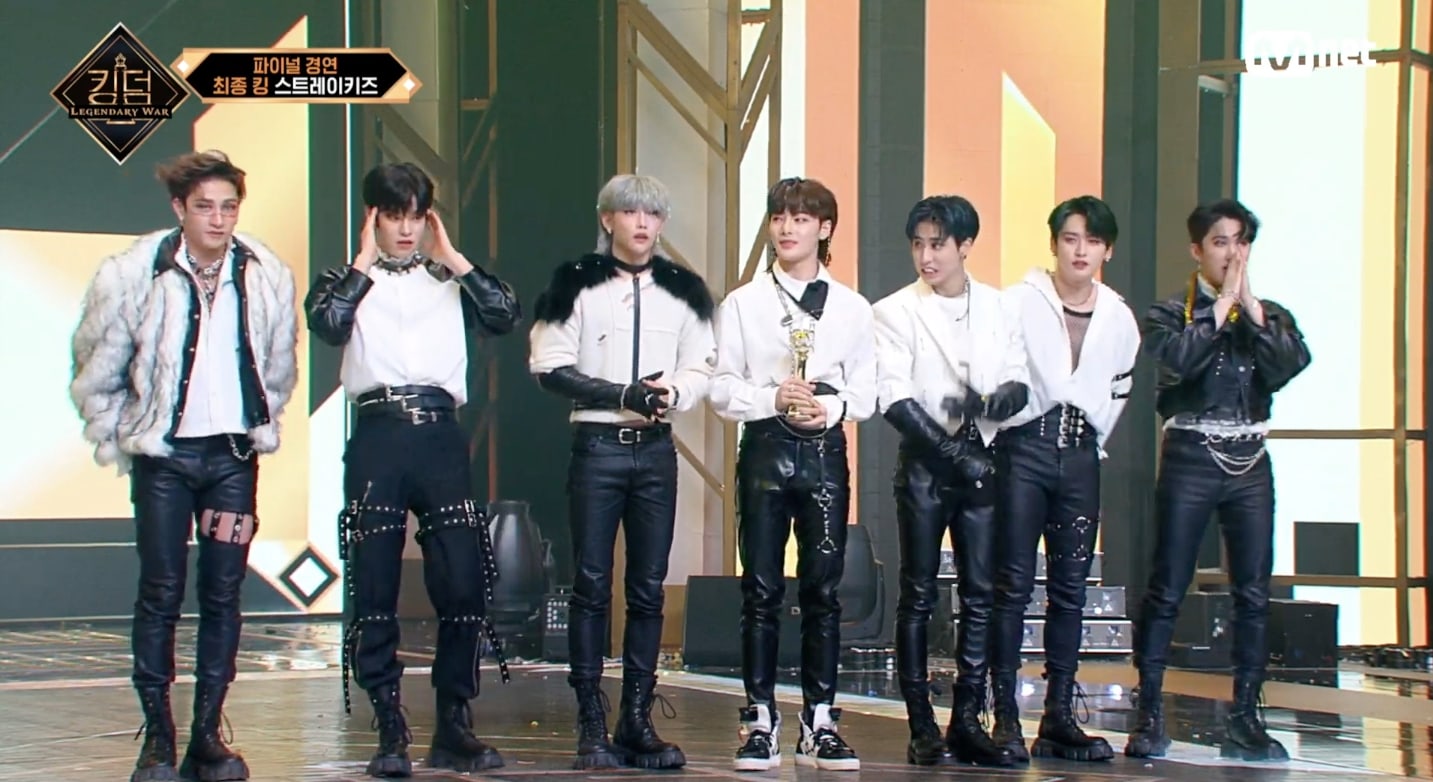 Which group did you come out of the show a fan of? And which performance, out of all the rounds, did you love the most? Let us know in the comments below!

Belinda_C wishes nothing but the best for these six groups! Onwards and upwards!