Based on a webtoon, “Nevertheless” tells the hyper-realistic love story between Yoo Na Bi (Han So Hee), a woman who doesn’t believe in love but still wants to date, and Park Jae Uhn (Song Kang), a man who thinks dating is a bother but still wants to have flings.

The newly released stills depict a sweet moment between Yoo Na Bi and Yang Do Hyuk (Chae Jong Hyeop). The two are standing under an umbrella in the pouring rain, but despite the grim weather, they seem to be in high spirits. Yoo Na Bi’s face is lit up with a bright smile, and Yang Do Hyuk is grinning at her. Yang Do Hyuk is a pure character who will approach Yoo Na Bi with his wholesome charms. It will be interesting to see what kind of relationship they have and how he will touch her heart with his sweet friendliness. 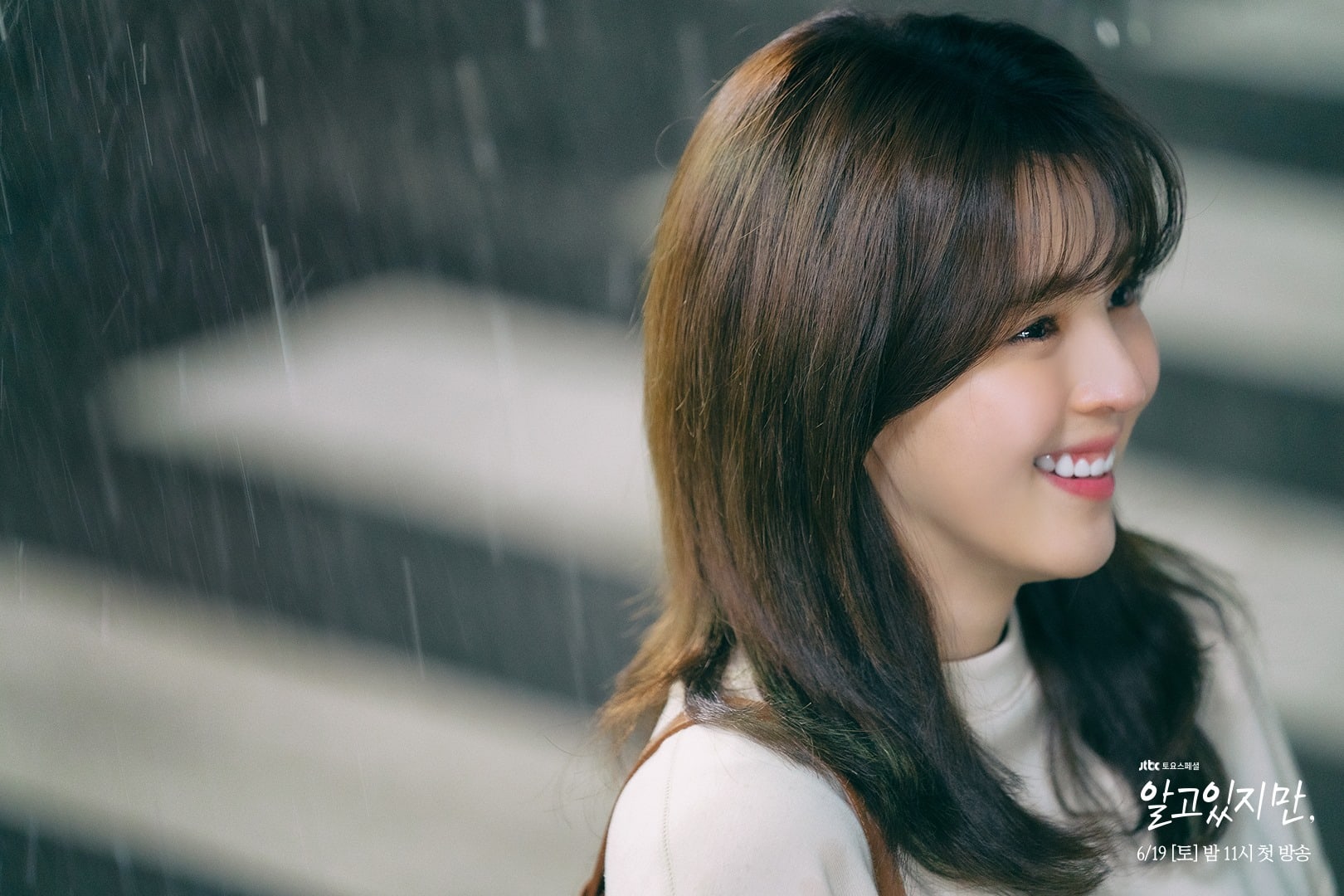 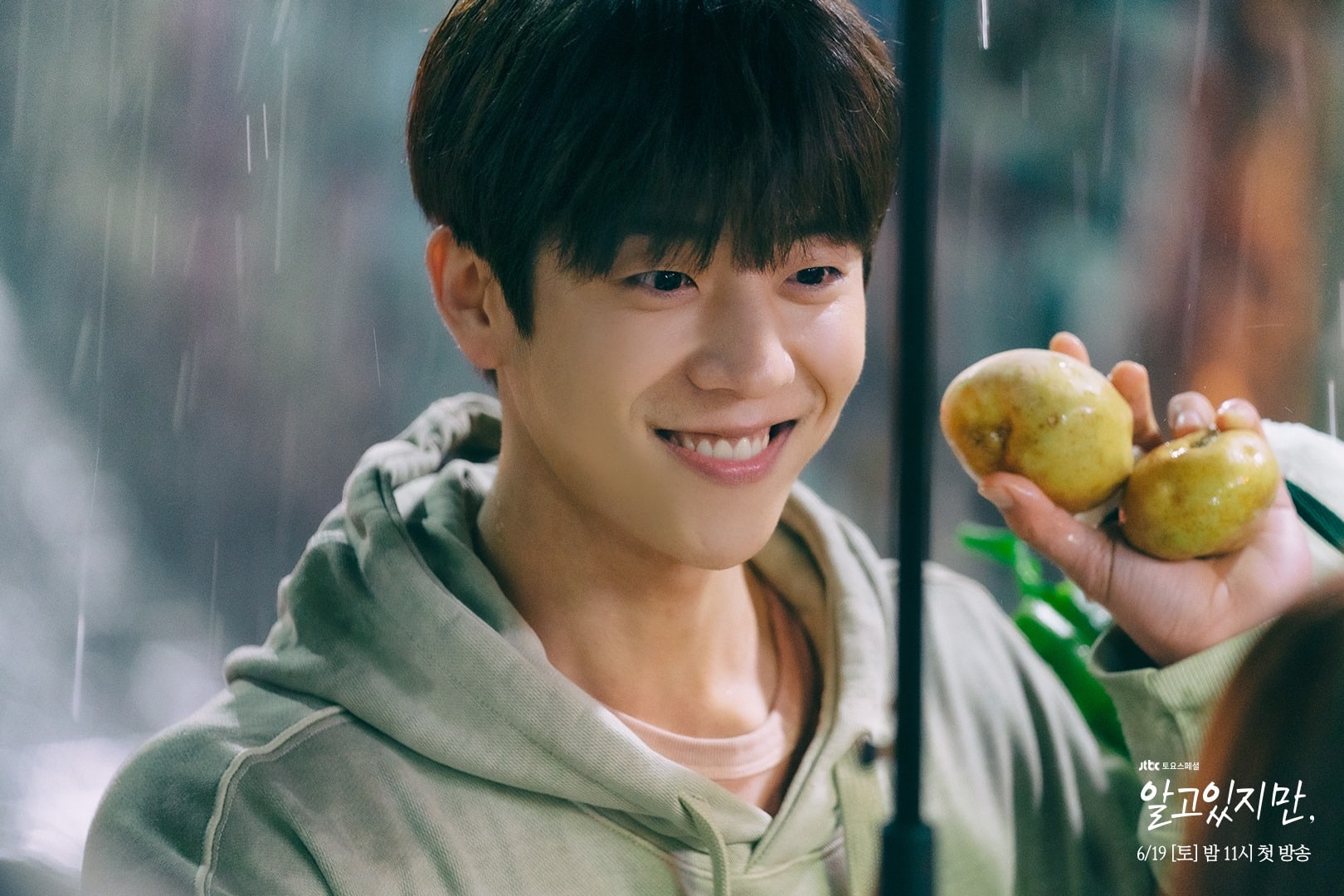 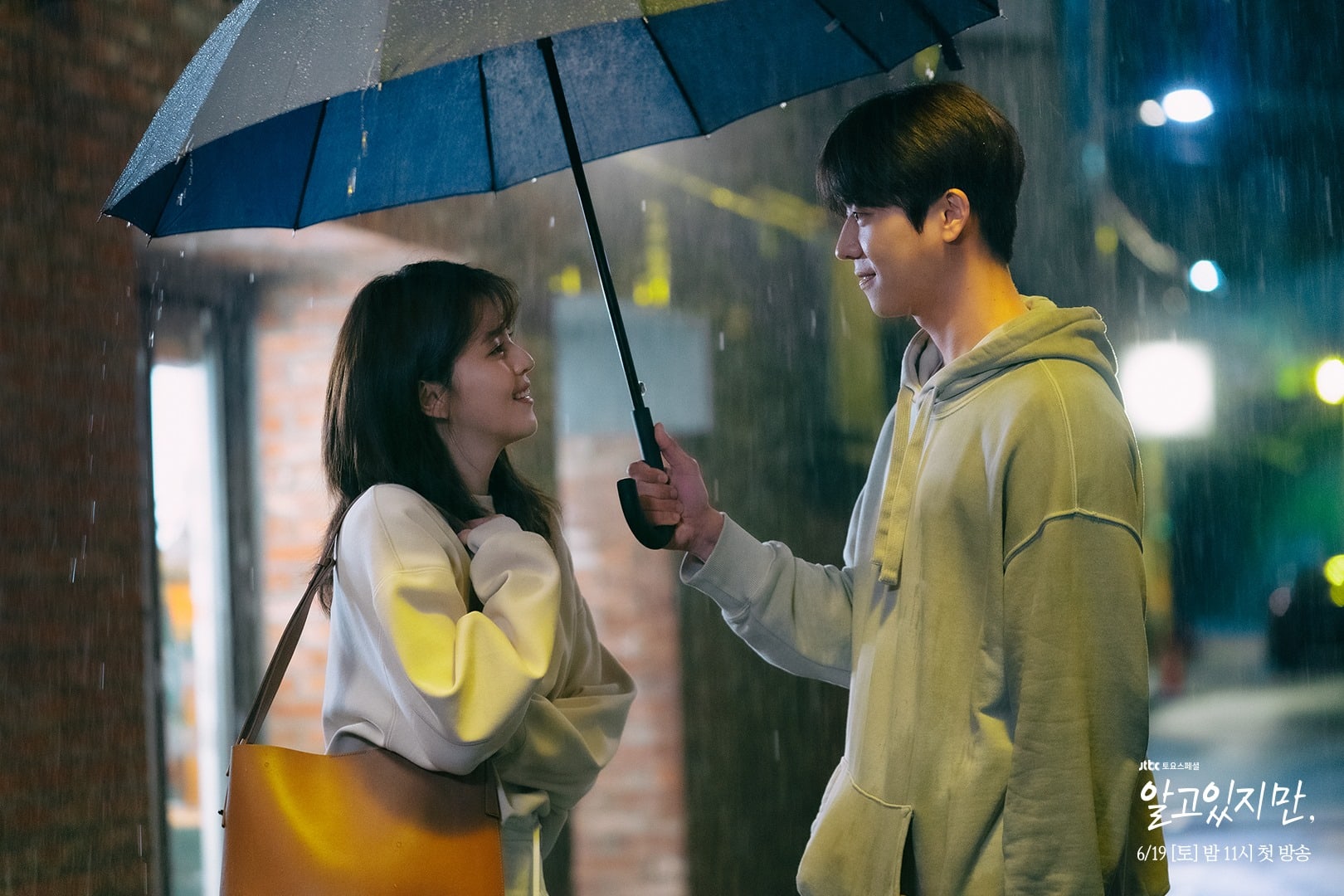 The drama’s production team shared, “Yang Do Hyuk is a romanticist who has been in love with Yoo Na Bi since they were younger. He has completely different charms from Park Jae Uhn and will be an interesting variable.” They added that viewers should look forward to how the friendly and straightforward character will affect the relationship between Yoo Na Bi and Park Jae Uhn.

“Nevertheless” premieres on June 19 at 11 p.m. KST and will broadcast one episode a week for a total of 10 episodes. Watch a teaser here!

Han So Hee
Chae Jong Hyeop
Nevertheless
How does this article make you feel?