“The Witch’s Diner” is a dark fantasy drama about a witch restaurant that sells food that grants wishes in exchange for the customers’ souls.

Song Ji Hyo plays the restaurant’s owner and witch Hee Ra who makes the mysterious “soul food,” which comes at a cost no matter what. In the poster, Hee Ra appears befitting of her title of a witch as she captivates viewers with her powerful aura. The text on her poster reads, “Try it, although there will be a price.” Despite the chilling meaning behind her words, they come with a magical pull that’s hard to resist, making people want to taste her food regardless of the cost. 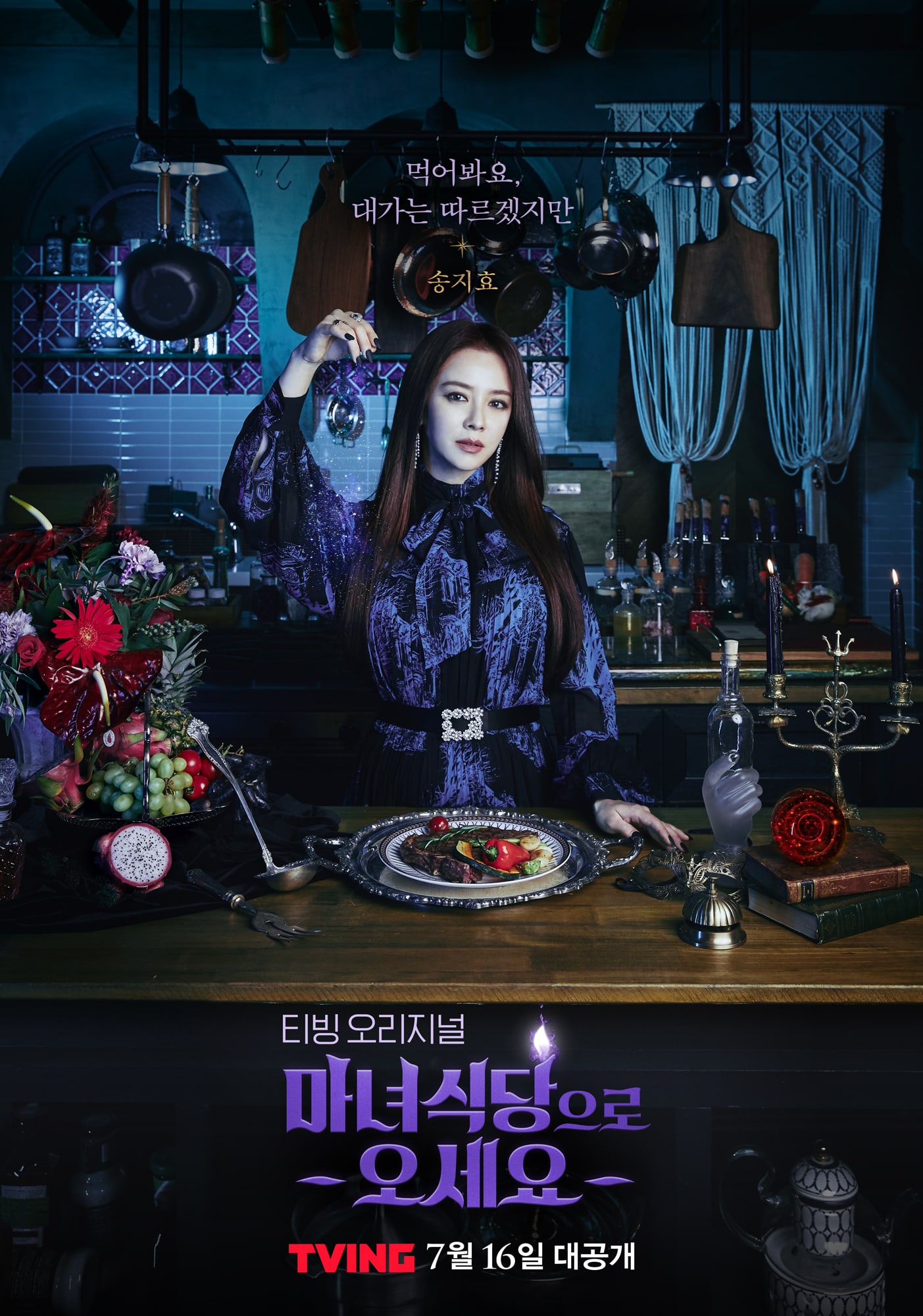 Nam Ji Hyun plays Jin, who became a partner of the diner in order to pay the price for making a deal with a witch. The words above her head read, “Was it my choice… or was my fate already decided?” The poster seems to depict the moment in which Jin is captured by a contract she can’t refuse because of the forbidden food she puts in her mouth. 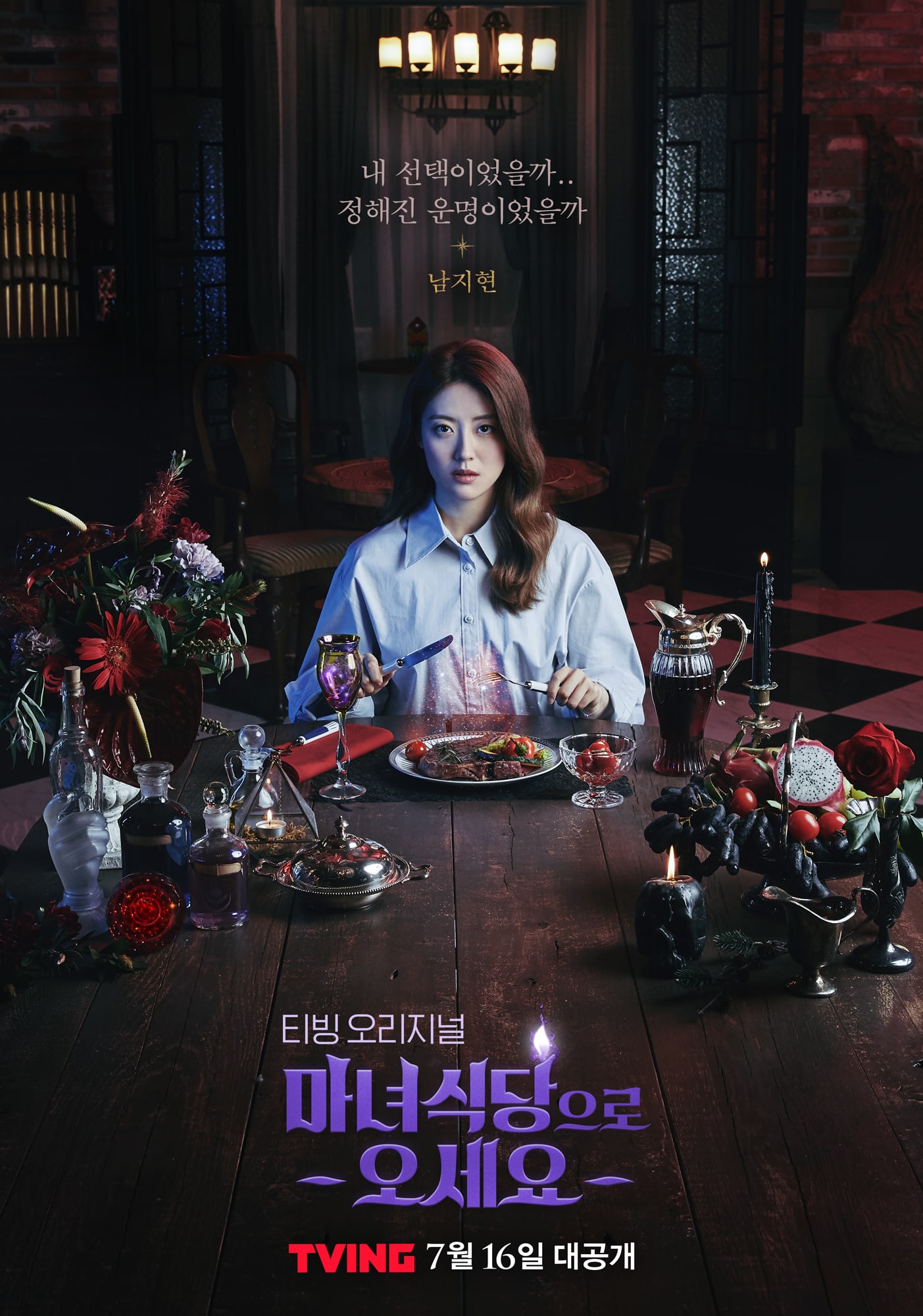 Chae Jong Hyeop takes on the role of the part-timer Gil Yong, who impresses with his serving skills. In the poster, Gil Yong holds a tray full of items that can’t be spotted in normal restaurants. His poster states, “My wish, please keep it a secret,” which only makes viewers even more curious about Gil Yong’s backstory. 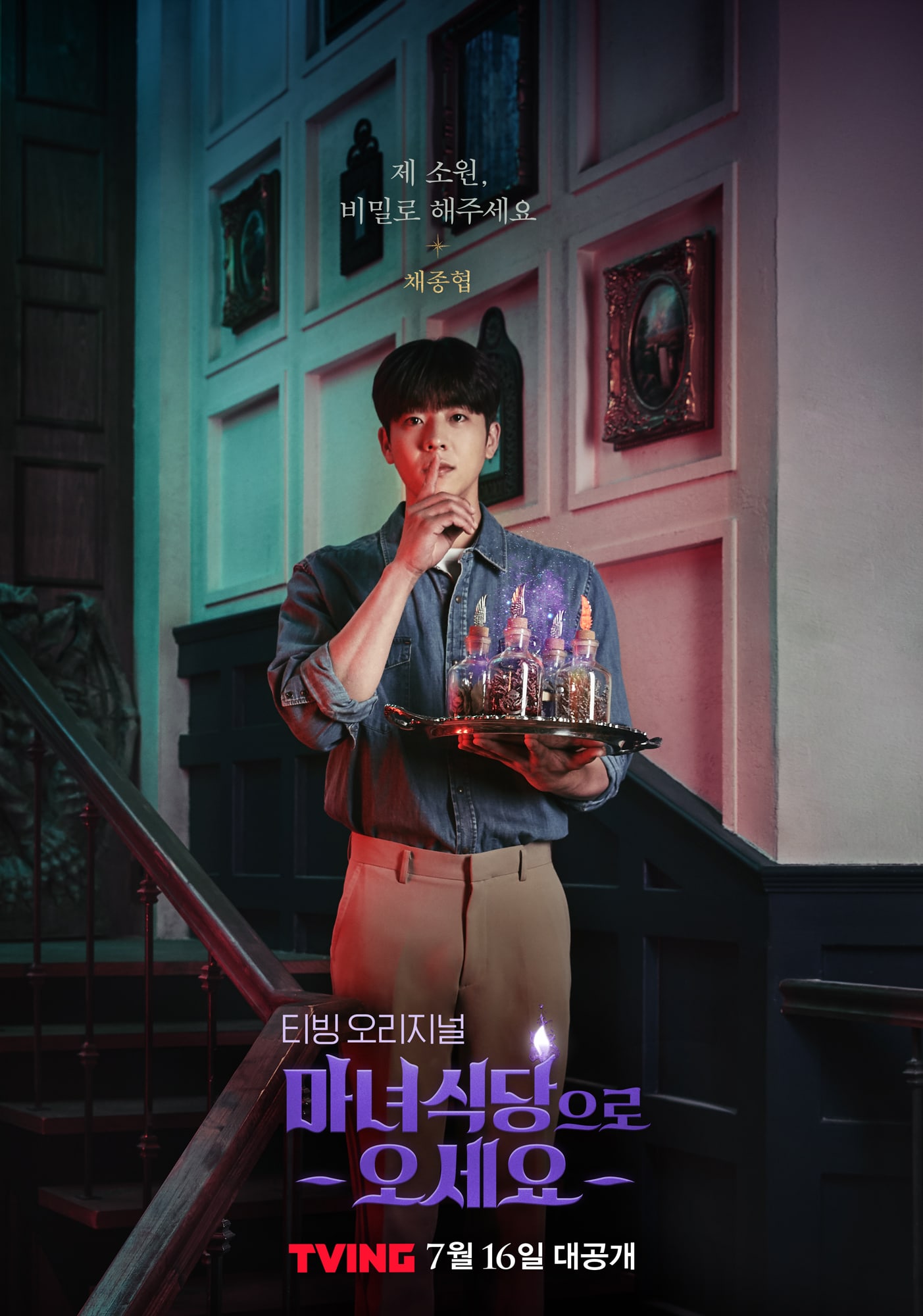 The posters for “The Witch’s Diner” reveal that although the three people have gathered together in the same location, they each have different goals and purposes. Viewers are already anticipating the premiere after seeing the actors completely transform into their respective characters.

The drama is based on the story that won the daesang (grand prize) at Kyobo Book Centre’s third story contest. The story was praised for touching on realistic topics anyone can relate with.

“The Witch’s Diner” will premiere on July 16 and will be available on Viki.

In the meantime, watch Song Ji Hyo in “Lovely Horribly” below: