Upcoming tvN drama “Voice 4” released a chart teasing the relationship between the characters!

“Voice,” which aired its first season in 2017, is about an emergency call center and the employees who fight crime using the limited information they get from the calls they receive. Lee Ha Na stars as Kang Kwon Joo, the ace voice profiler of the Golden Time Team, and Song Seung Heon joins this season as Derek Jo, a unit leader at the Los Angeles Police Department (LAPD).

Park Eun Soo already has much experience under her belt leading the call team, while Han Woo Joo will showcase intelligence befitting of someone who was specially recruited by the cyber investigation team and has experience rounding up a large-scale voice phishing website in the past. Viewers are already looking forward to the teamwork between the call team members, who will keep their ears alert for any signs of victims in danger. 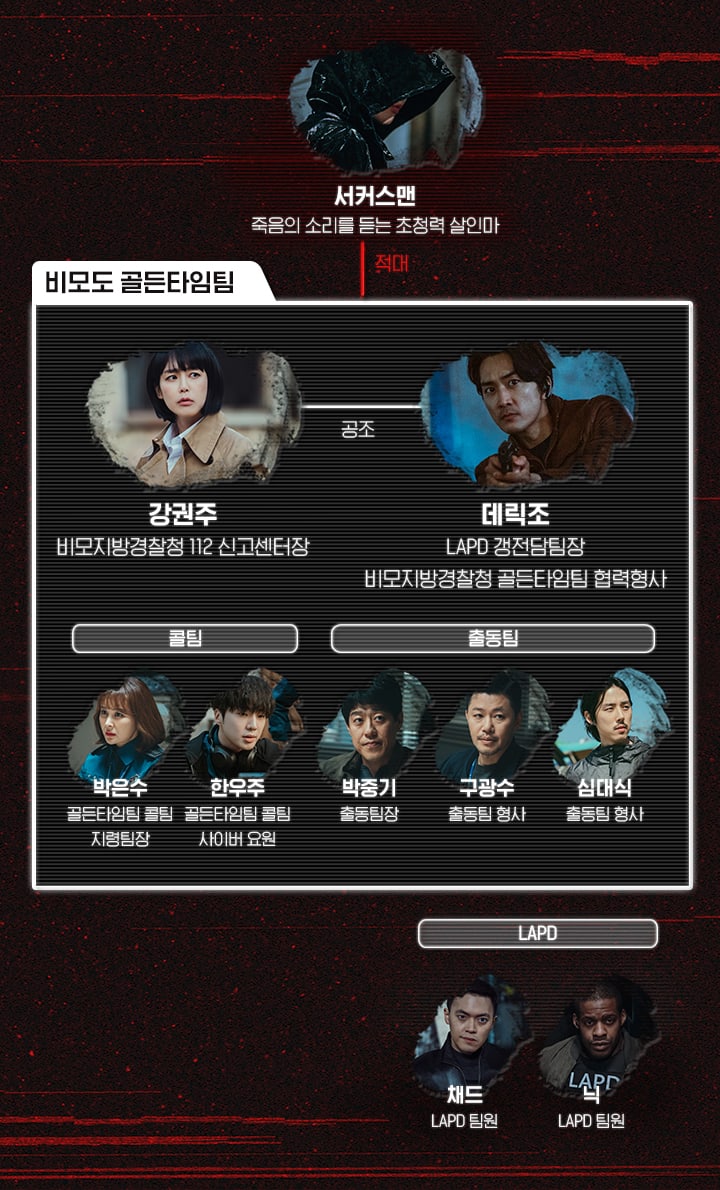 The LAPD team, lead by Derek Jo, will be the newest addition to the Golden Time Team, raising anticipation for the international collaboration between the principled detective Derek Jo, who saves lives at the scene of death, and the voice profiler Kang Kwon Joo, who listens to the voice of life. Along with the seasoned detective Park Joong Ki, the competitive Goo Kwang Soo, and Shim Dae Sik, who turned over a new leaf after overcoming a past wound, the addition of LAPD team members Chad (Han Jong Hoon) and Nick (Maurice) will make the dispatch team even more reliable.

At the top of the chart, linked to the Golden Time Team, is the Circus Man. In contrast to Kang Kwon Joo who uses her extraordinary hearing skills to save victims, the Circus Man uses the same hearing abilities to commit crimes as a serial killer. Viewers are curious to find out how the Golden Time Team will face off against a villain who can hear the sound of death.

The production team shared, “Working together with the same goal of arresting the invitational killer, Song Seung Heon and Lee Ha Na’s Bimo Island Golden Time Team will showcase the greatest joint investigation. In particular, the story made by the relationships between the characters with different backstories will be an interesting point to watch out for.”