After the news of GFRIEND’s disbandment was officially announced, fans were already missing the group. Not only are they known for their unique and catchy music, precise dancing skills, and incredible visuals, but they’re also famous for their well-coordinated outfits. Let’s look back at some of the best GFRIEND stage costumes that enhanced their overall performances:

The schoolgirl uniform concept is not new in K-pop, but GFRIEND made it distinctly their own. They entered the scene in 2015 with “Glass Bead,” wearing simple matching shirts, skirts, and gym shorts. Instead of going for the “girl crush” or cute school girls concept, the group evoked the innocence of youth, the nostalgia of simpler times, and the pains of growing up and finding love. 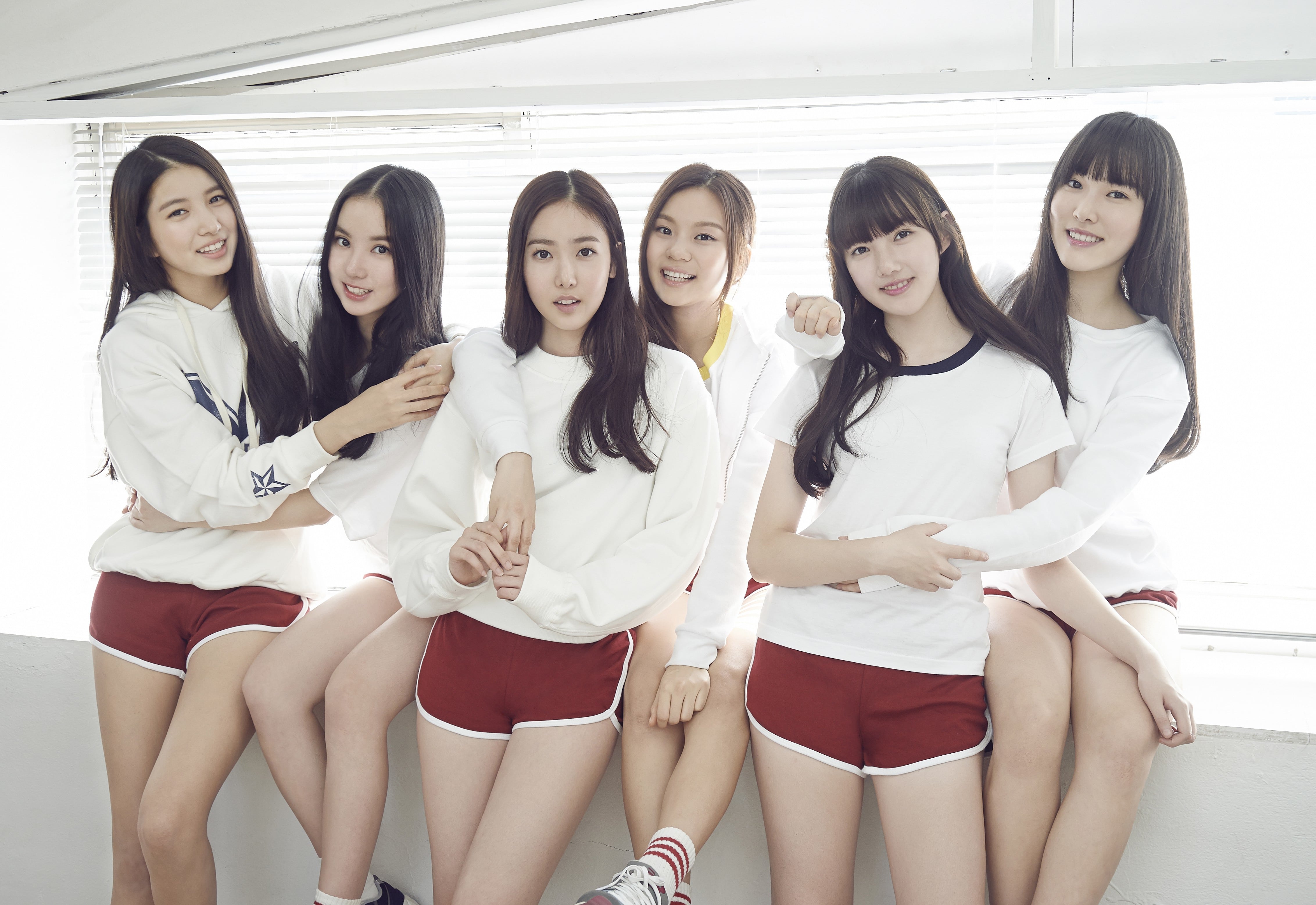 The girls’ sophomore single “Me Gustas Tu” already proved their staying power early in the game because of its fresh summer sound, making it one of GFRIEND’s signature songs. They stayed consistent with their uniform concept but made it more varied with dresses, sporty cheerleader styles, and matching monochromatic looks. 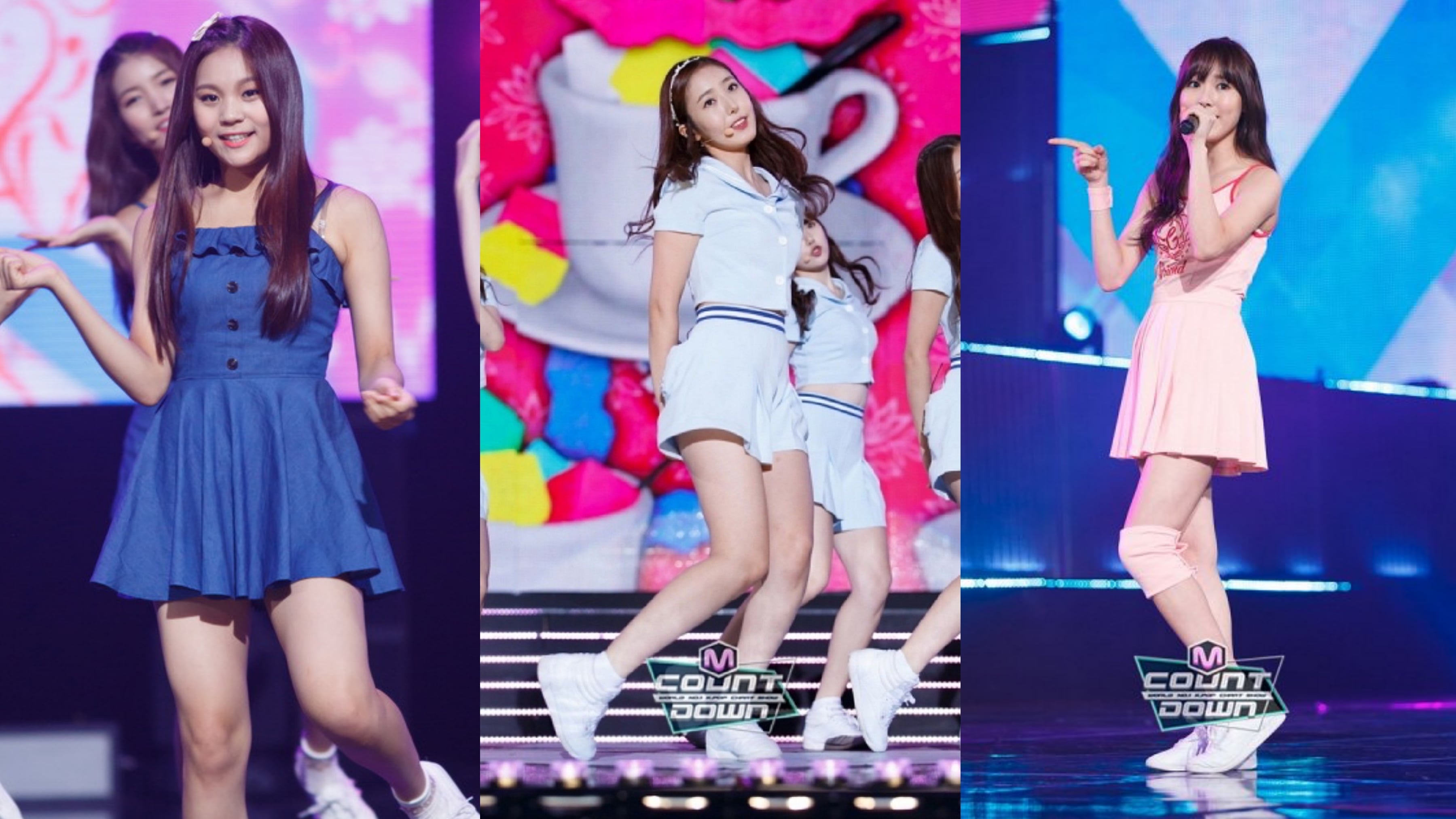 Still in the schoolgirl costume theme but with more intricate details, “Rough” solidified GFRIEND’s uniform style. It was as if they’re telling the audiences to focus on their good music and show off their sharp dance moves rather than their outfits. The music, choreography, and storyline of the song were dramatic and captivating, and this is definitely one of the most remembered eras of the group (and part of their unique school concept trilogy). It’s also because of this song that their popularity skyrocketed and helped them achieve their first all-kill win. 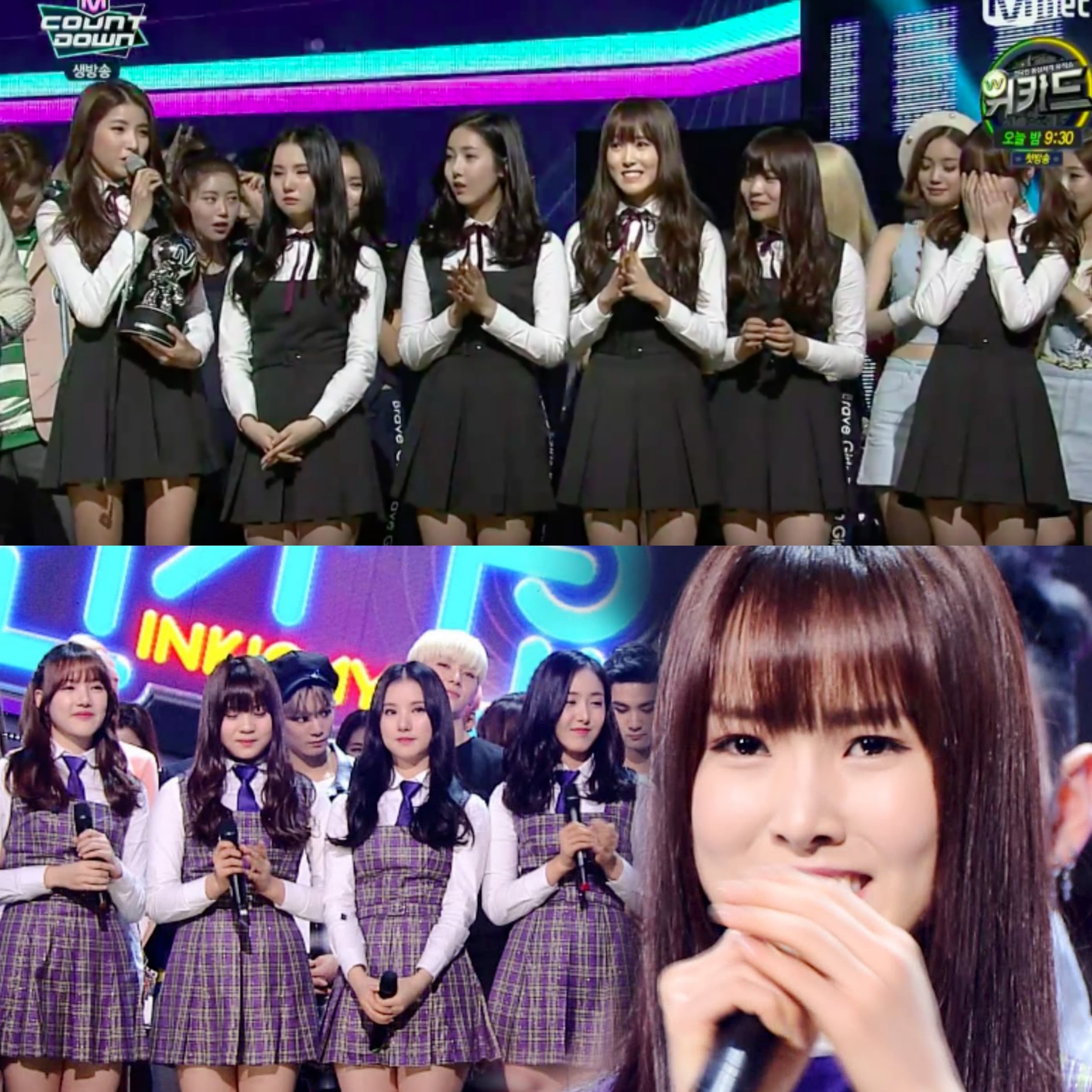 Another breakthrough comeback, “Navillera” gave the girls more individual styles but was still consistent with their matching uniform concept. In some stages, they were wearing more casual looks like shorts and T-shirts, enabling them to enjoy performances more. What’s great about this era was that the members always looked like they were enjoying themselves, showing their personalities, and the song fits them perfectly. Just as their fashion styles were changing in subtle ways, the song also incorporated fresh sounds that complemented GFRIEND’s solid vocals. 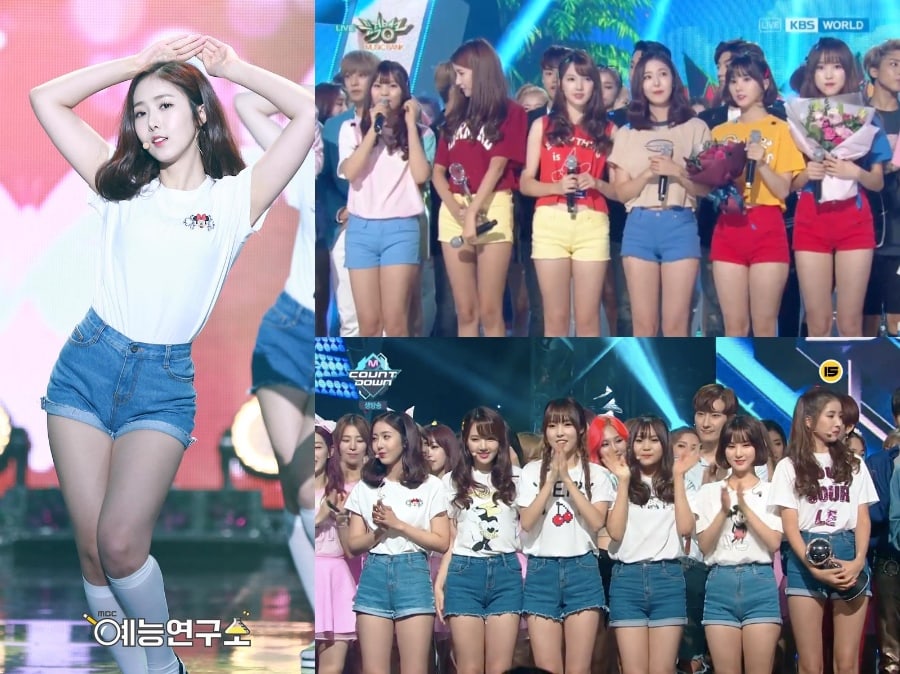 What’s amazing about GFRIEND is that even with some changes, they stay true to their nostalgic music and fashion while making it modern. In “Fingertip,” the girls’ looks are still uniform but with individual details and more experimental touches than before. This time, they brought their own take on the military ensembles and school band styles. 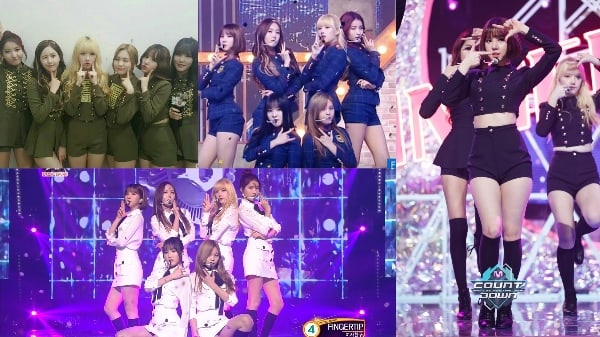 This song gave GFRIEND a lighter, more free-spirited sound which showed off their cute personalities. Just like the music, their outfits are also done in lighter, fresher pastel colors and floral details, showing the excitement and thrilling feeling of young love. 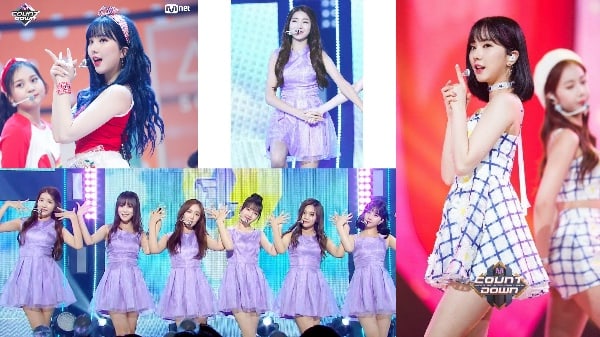 After “Love Whisper,” GFRIEND continued with softer styles and delved into the slower dance songs and choreography that highlights their elaborate movements but in a more feminine concept. In this era, they wore matching dresses with details like frills, ribbons, and softer fabrics. 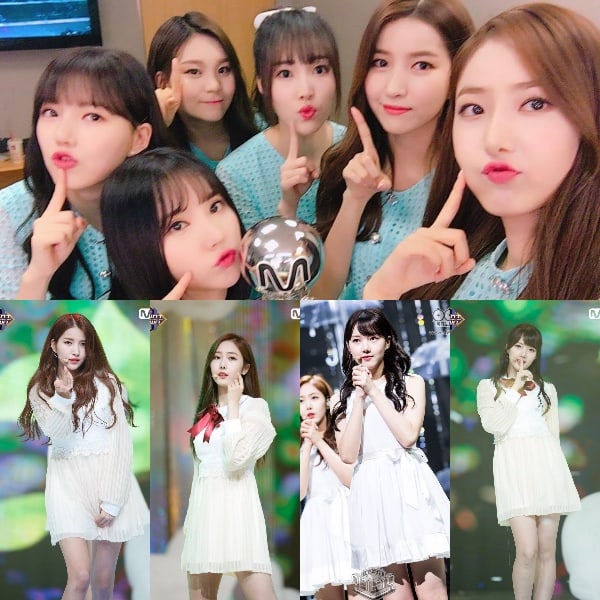 This era showed that GFRIEND is maturing and they now can portray more complex storylines in both their music and concepts. The song was as dramatic as their stage outfits. They wore more accessories this time, too. There were so many great looks, from lace dresses with shiny gem stones, sequins that glitter in the light, to dreamy outfits that match the theme of a night sky filled with stars. 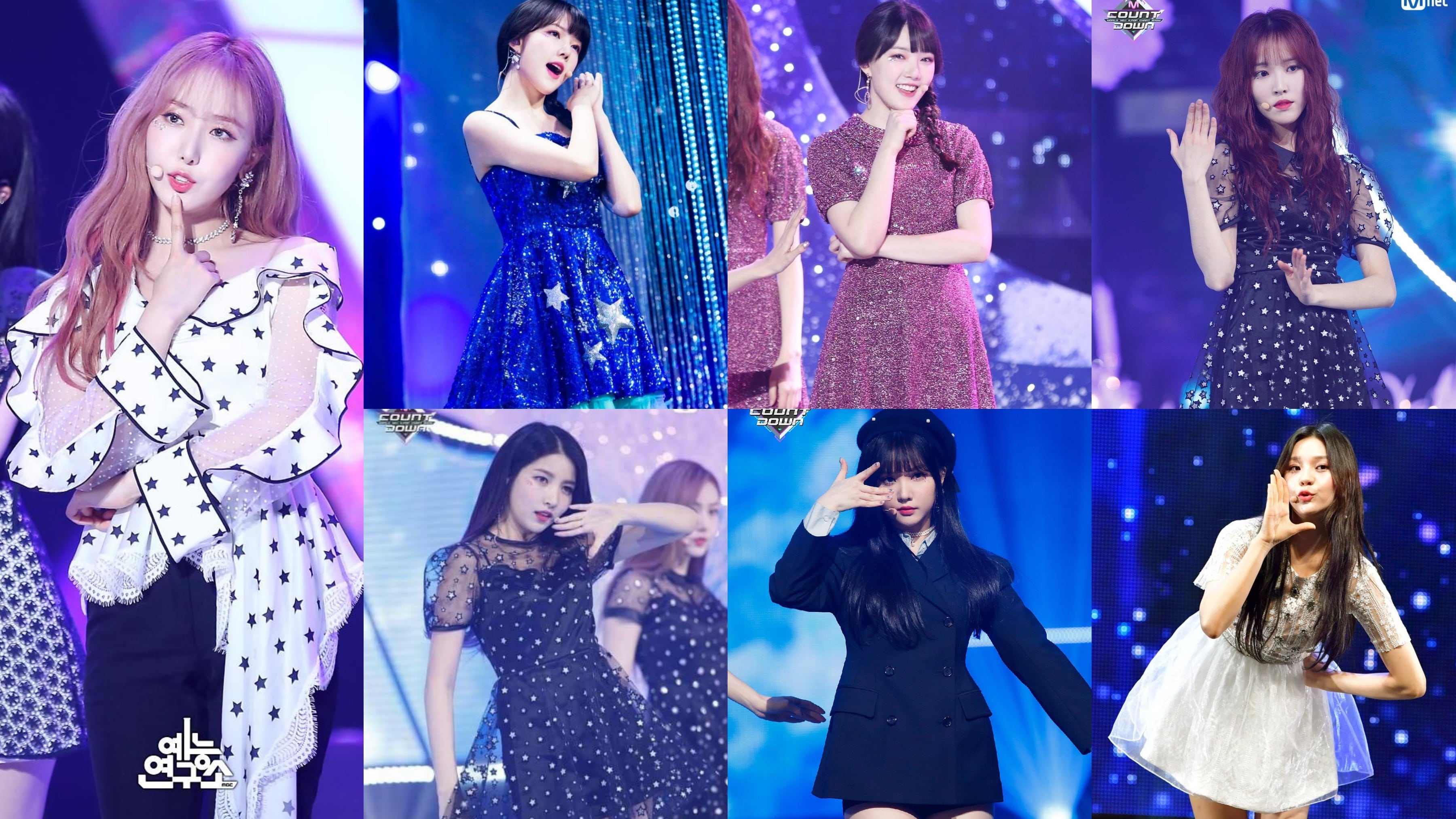 “Sunrise” also showed the growth of GFRIEND in both music and in fashion. While maintaining their coordinated styling as a group, we saw more individual designs for each member, showing off their separate identities while synchronizing well as a whole. We also saw more glamorous and chic outfits, especially with accessories. There’s one stage where they mixed feminine floral dresses with leather corsets, adding a unique and modern touch to the classic style. 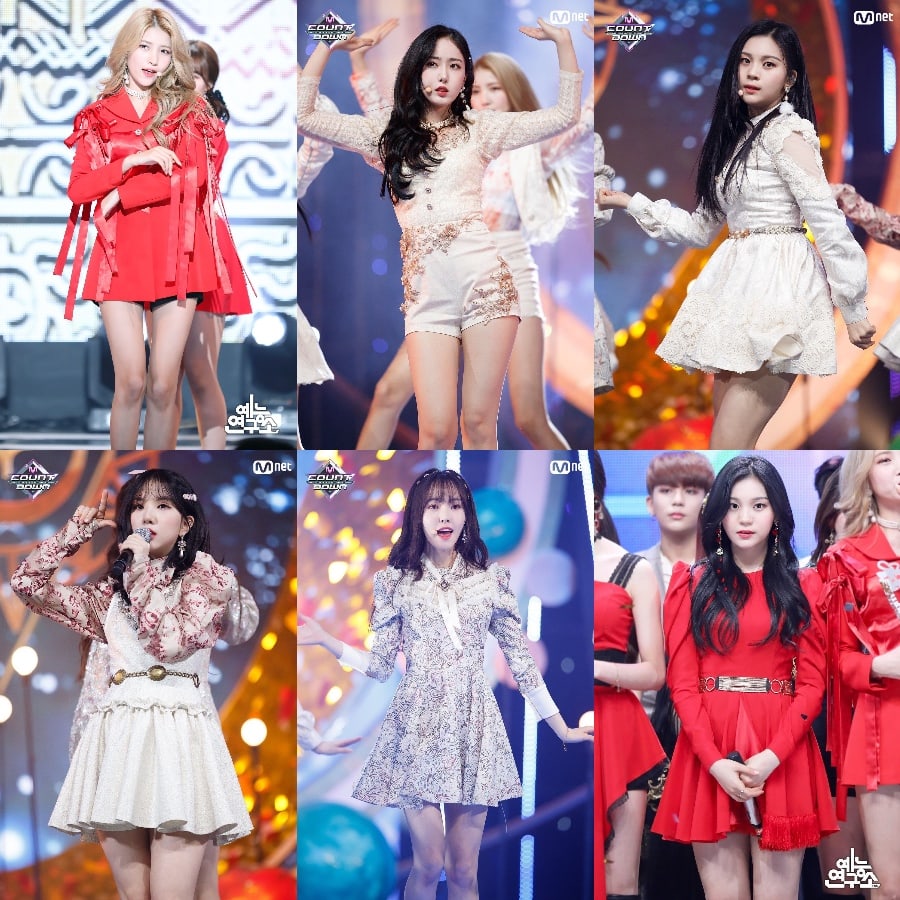 In this era, GFRIEND went for a more trendy concept that was popular in the scene at the time. The outfits were more sleek and chic, with street styles and modern pieces like denim, pleather, cut-outs, cropped tops thrown into the mix. The group is girl crush personified. 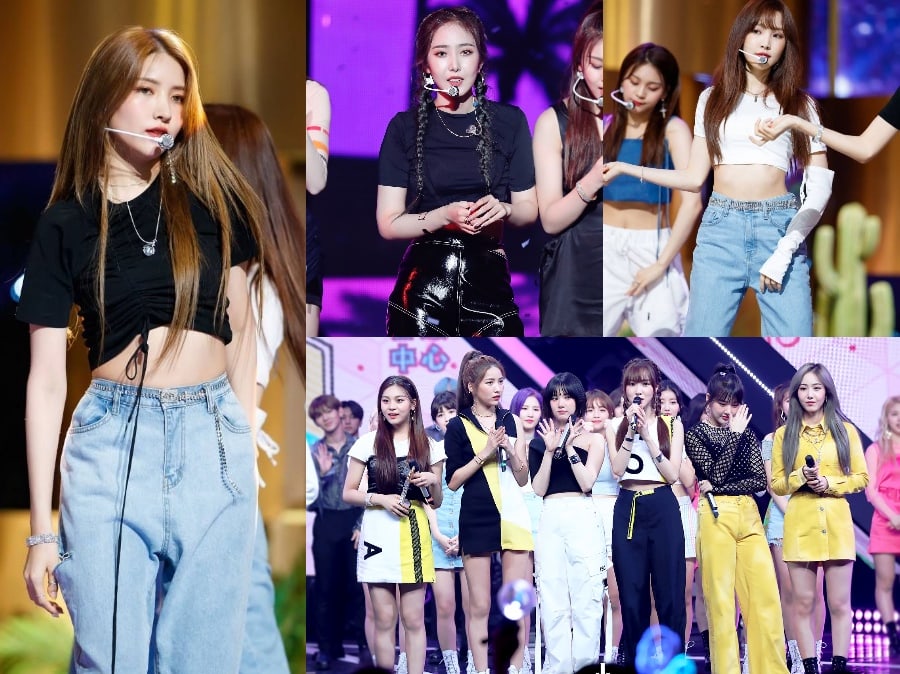 Here they gave a little throwback to their uniform dressing but more in coordinated suits and outfits fit for a more independent look. They’re also wearing more mature colors like gray, white, blacks, and neutrals. Several fans agree online that this concept is one of their best take on uniform dressing. 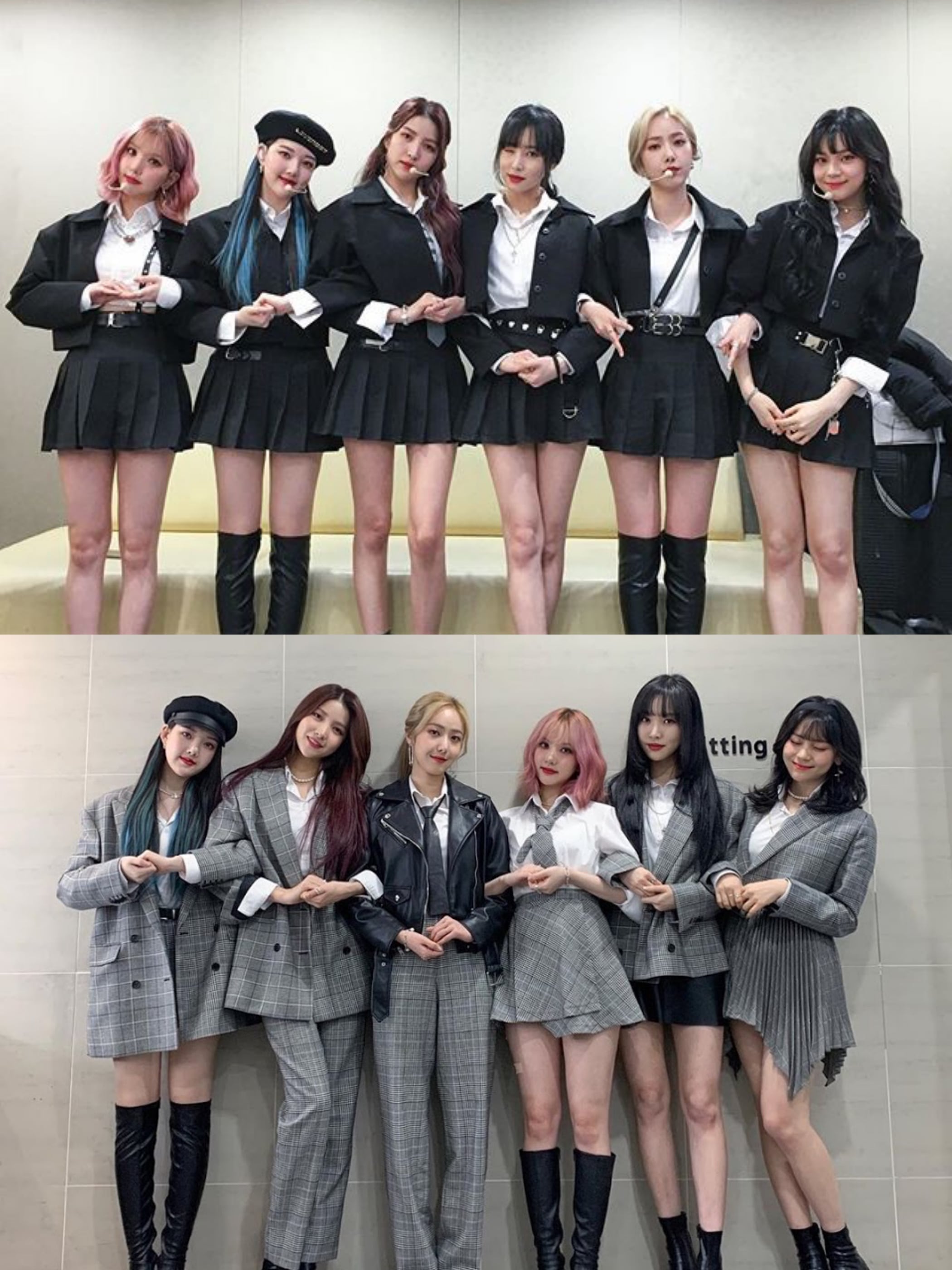 This era just might be their most daring yet, and the best of their dramatic, glam looks. They took the somber, mysterious concept up a notch with their velvet outfits, thigh-high slits, crystal and gold accessories, and even in darker shades of makeup that went for a bolder, stronger feel. In this story, they’re not portraying the damsel in distress. They went to the dark side by portraying the witch or the evil queen or fashionable villain. This drastic change showed how GFRIEND can push their boundaries and move out of their comfort zones with ease. 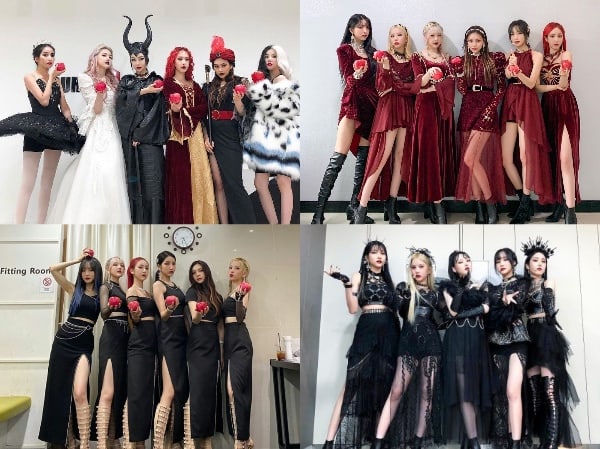 “Mago” is perhaps a culmination of all of their concepts with its nostalgic music, the coordinated yet individual styles, and a more catchy twist. The retro styles gave a more colorful, fun-loving, easy-going, and dynamic vibe to the group, which is a stark contrast to their past melancholy concepts. It’s definitely an unforgettable comeback, and although we wish we could see more of what GFRIEND can show us, we’re glad they’re moving on to bigger adventures and thankful for the wonderful body of work they have blessed us with. 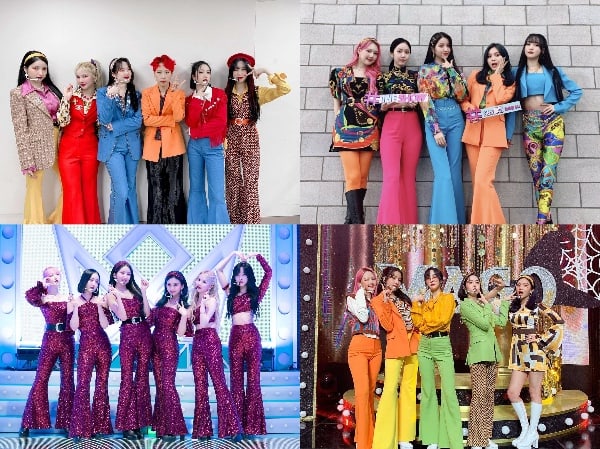 Hey Soompiers! What is your favorite GFRIEND fashion concept? Let us know in the comments below!

GFRIEND
Soompi Spotlight
How does this article make you feel?