WINNER’s Song Mino Talks About Working With iKON, Being A Maximalist, And More

WINNER’s Song Mino recently spoke about his art, working with iKON, and more with Esquire Korea!

Late this month, Song Mino and fellow WINNER member unveiled their art at the Korean Eye 2020 exhibition. When asked which piece he wanted the most people to look at, Mino answered while laughing, “There are so many, but I want people to look at Seung Yoon’s photos.”

He continued, “I was surprised while preparing for the exhibition together. I was watching by Seung Yoon’s side when he started talking about photos and right when he began taking them. Since they’re photos I’ve always seen, I didn’t think I’d have much of a reaction, but I was really surprised at these photos.”

Mino added, “Seeing the photo properly printed made me express my amazement saying, ‘Wow, he’s actually pretty good…Wow.’ From the picture you feel a lot of power as well as what he’s thinking. I think a lot of visitors aren’t going to have huge expectations. But when you come and see, you’ll be amazed.” 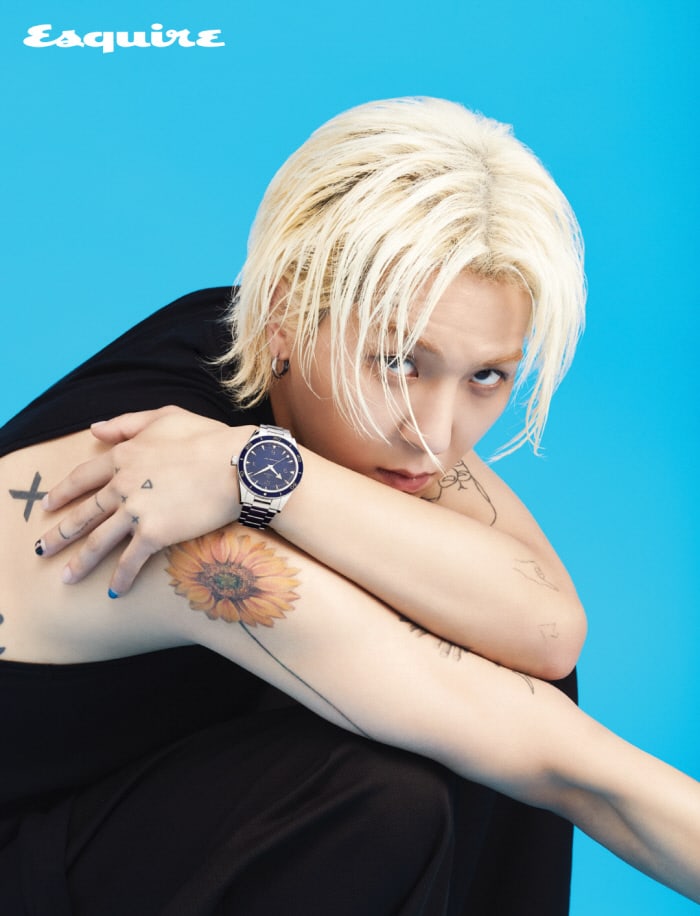 Mino also spoke about working with YG Entertainment labelmate iKON on their latest track “At ease” for “Kingdom: Legendary War.” The singer shared, “I’m really close with iKON. I’ve watched them struggle from right beside them. We talked a lot about how they could give a higher quality performance on a higher quality stage. Around when I was working on my album, I had a bit of time. In addition to the music, I sent visual references to the producing director [PD] and had a lot of discussions regarding the set and their costumes.”

He continued, “Although I’ve done a lot of directing, I haven’t ever directed for iKON. On top of ‘At ease,’ I worked on around two songs before that. I don’t know if it’s because we’re so close, but it’s really fun. It’s especially fun when certain traits come out that are outside of what I know about them. For example, when someone who I thought wasn’t comfortable singing in falsetto suddenly sings in falsetto very impressively, it’s thrilling to see a skill that I was unaware of.” 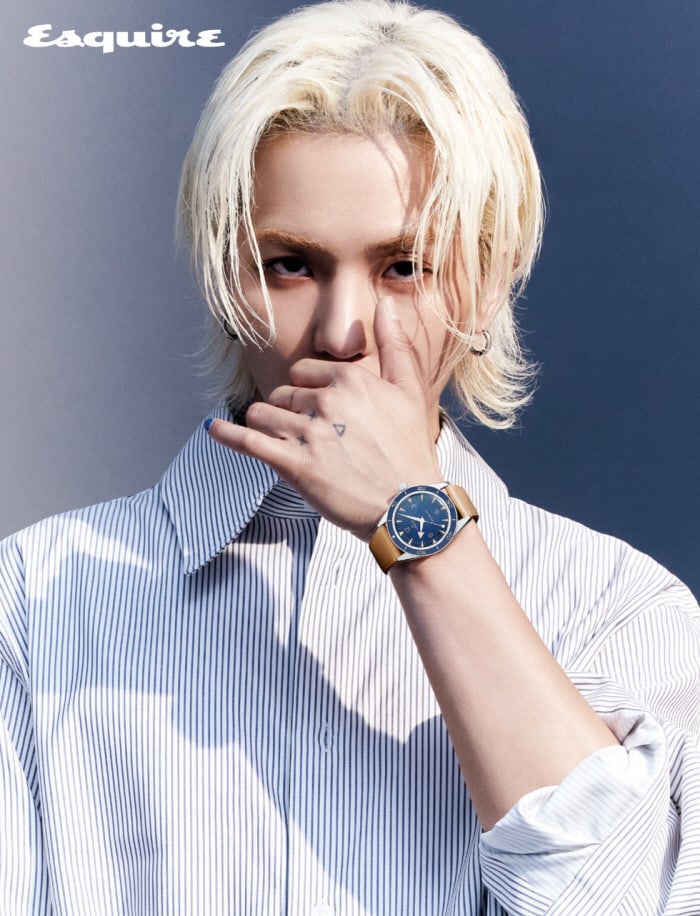 The interviewer mentioned that Mino had once described himself as a “maximalist” on a different broadcast. Mino explained that while he is quite the hoarder, his mindset has evolved. He elaborated, “It’s honestly the same now. However, from one moment on, I think I moved on from the world of simply collecting and slowly began expanding. Rather than collect items, I began to develop a desire to personally try out different things. Wouldn’t [the description of] maximalist also work in that sense?”

Mino explained, “Rather than sit still and watch TV, I feel more comfortable working on or creating something. I usually wake up around 6:30 or 7 a.m.” He continued, “I draw pictures, go to the art room, walk around outside if it’s nice, and have an active day. However, I also don’t just work really hard. I also play and drink with my friends.” 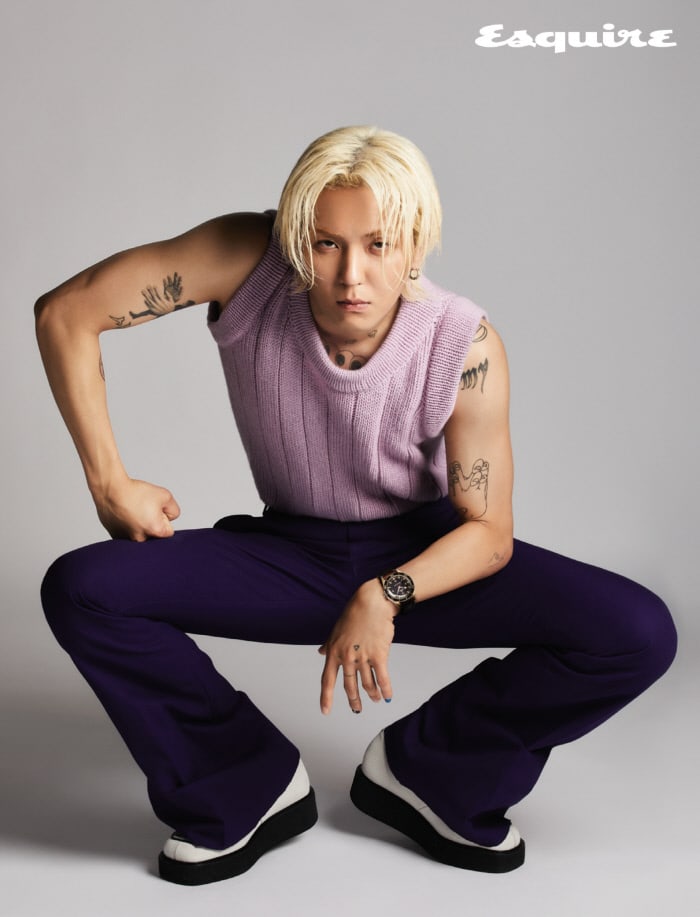 The interviewer also touched on the Omega Seamaster watch Mino partnered up with for his photo shoot. The watch endures deep sea water pressure and is made for divers, prompting the interviewer to ask Mino what his equivalently necessary lifeline was when experiencing unknown territory.

Mino responded, “I think my fans.” He explained, “Without my fans, the reason for me to exist disappears. My existence disappears. There’s no one to listen to me, look at me, and support me, so what’s the point? In that sense, my lifeline is my fans.”

WINNER
Song Mino
Esquire
How does this article make you feel?