Gaon Chart announced its chart rankings for the week of June 13 to June 19!

BTS achieved a quadruple crown this week as “Butter” topped the digital, streaming, social, and BGM charts. The BGM chart tracks the songs people purchase to use as background music for their blogs and KakaoTalk profiles.

SEVENTEEN grabbed No. 1 on the album and download charts with their eighth mini album “Your Choice” and the accompanying title track “Ready to love.”

Here are the top five for each of Gaon’s weekly charts!

SEVENTEEN’s “Your Choice” debuted at the top of this week’s physical album chart. Other new entries, BamBam’s “riBBon” and Brave Girls’ “Summer Queen,” followed at No. 2 and No. 3, respectively. NCT DREAM’s “Hot Sauce” shot up to No. 4, and ATEEZ’s “TREASURE EP. 3: One To All” that was released in 2019 entered the chart for the first time at No. 5. 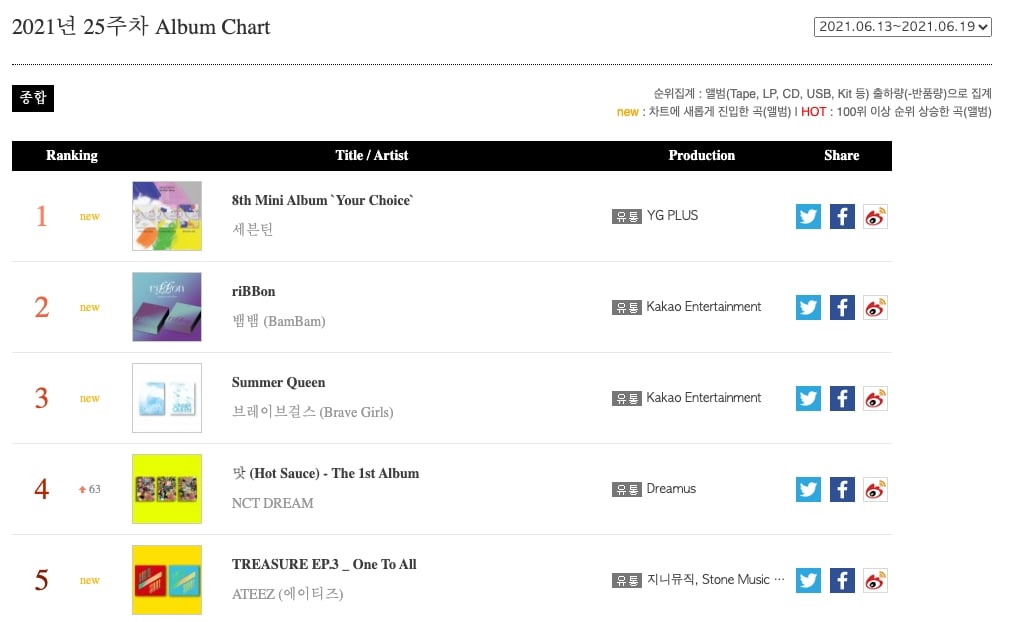 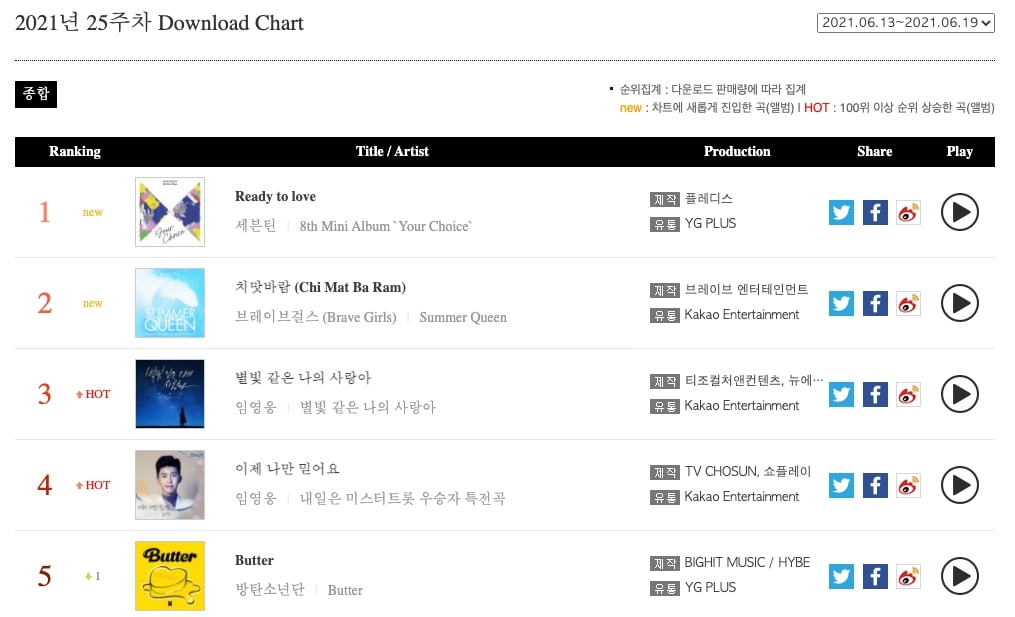 The top five rankings on this week’s digital and streaming charts are identical. BTS “Butter” continued its reign at No. 1 on both charts for the fourth consecutive week. aespa’s “Next Level” (No. 2) and Heize’s “HAPPEN” (No. 3) switched spots, and Oh My Girl’s “Dun Dun Dance” and Justin Bieber’s “Peaches” (featuring Daniel Caesar and Giveon) stayed steady at No. 4 and No. 5, respectively. 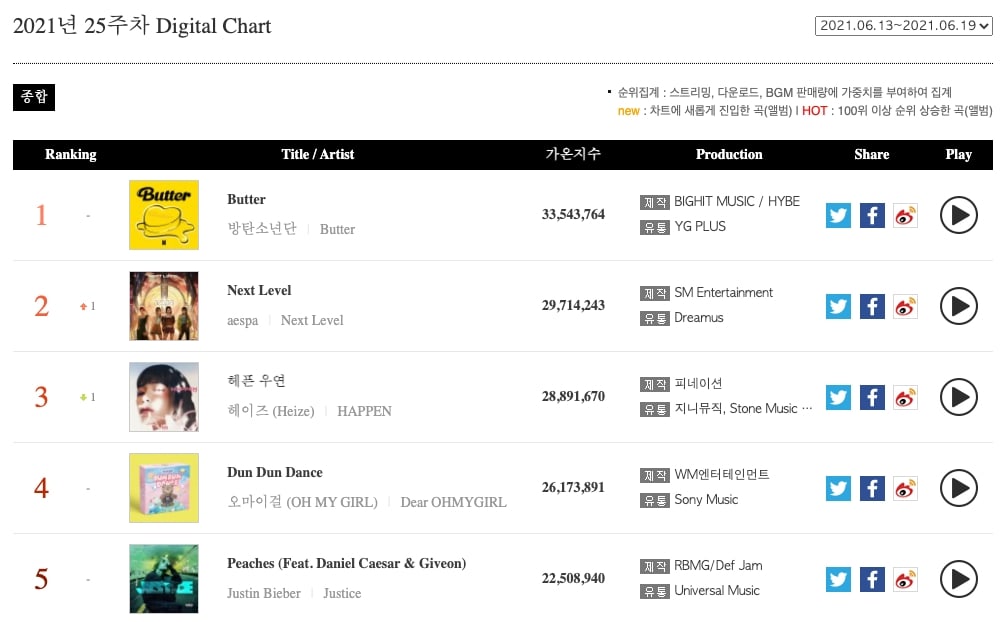 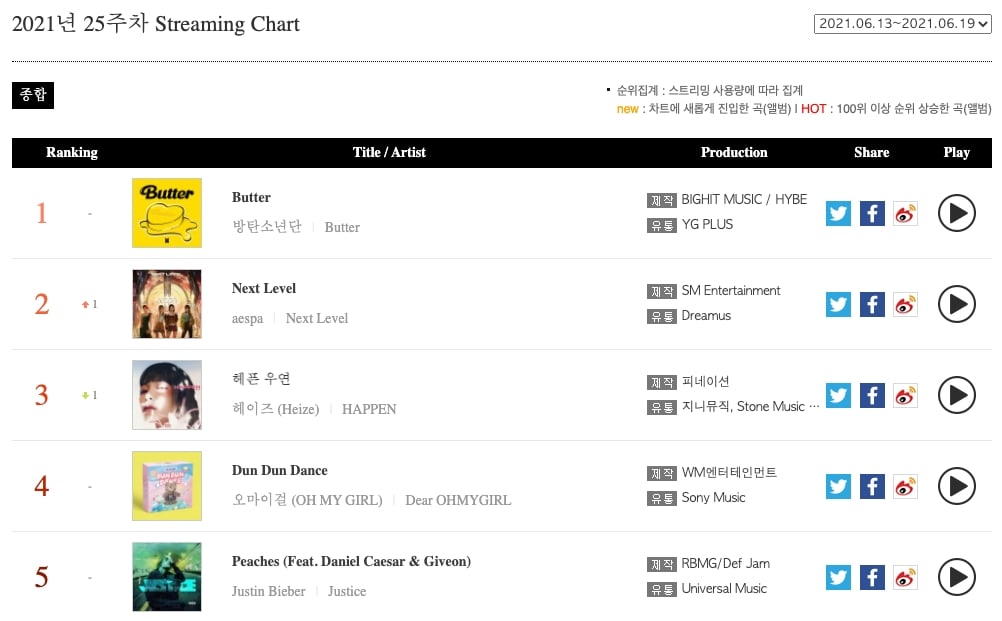 BTS topped Gaon’s Social Chart 2.0 this week as well. BLACKPINK, Lim Young Woong, and TWICE each maintained their positions at No. 2, No. 3, and No. 5, while Kim Ho Joong rose two steps to No. 4. 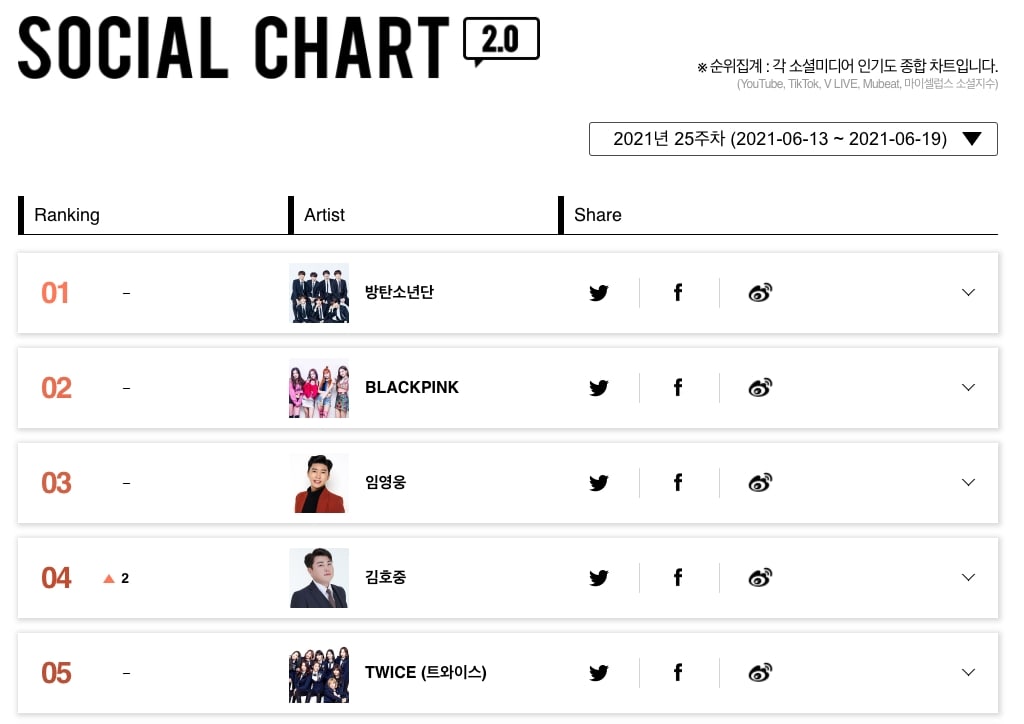