New developments are in store for “Voice 4”!

In the previous episode, Kang Kwon Joo and Derek Jo formed a special Golden Time Team in order to catch Circus Man, who has committed several serial killings and murdered Derek Jo’s sister. At the same time, a new Code Zero case occurs as a hiker goes missing in the mountain woods.

In the new stills, Derek Jo appears conflicted as he wrestles with an unseen problem. But even in the darkness, he sees a light as he exchanges meaningful looks with Park Joong Gi (Kim Joong Gi) as if about to embark on a new plan of action. Back at the police station, Kang Kwon Joo also looks confused and thrown by an unknown situation. Moreover, the criminal in the missing hiker incident showed signs of animal delusion, making viewers curious as to how the incident will be resolved. 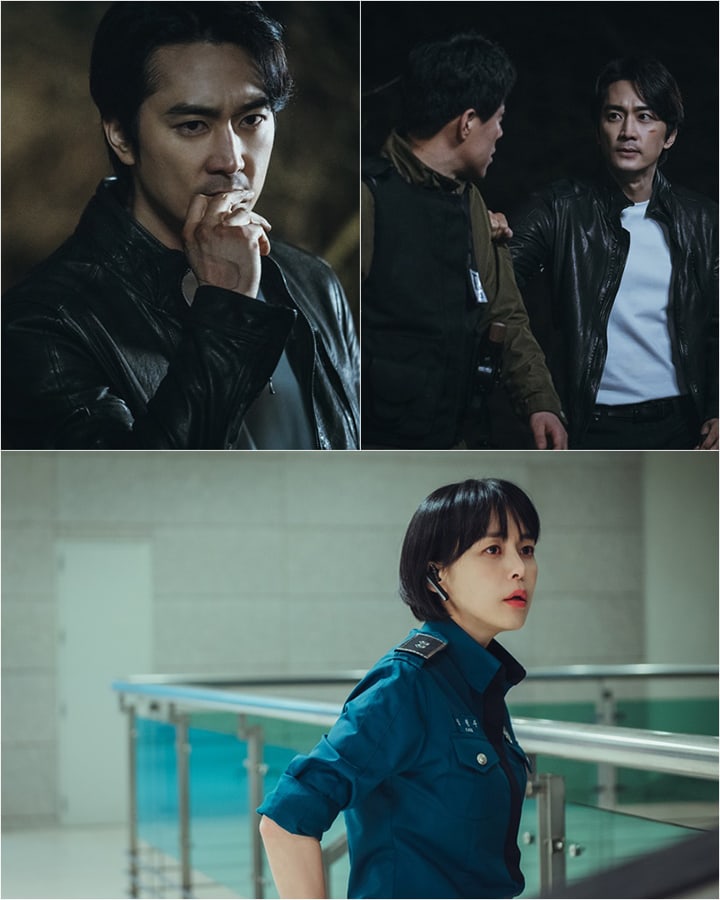 “Voice 4” also released new stills of WINNER’s Kang Seung Yoon’s first appearance in the drama as Han Woo Joo. Han Woo Joo is a huge fan of the Golden Time Team, even managing a fan café for the team. Although he is nervous at first as he meets the people he’s idolized for so long, he gets right down to work as a cyber investigator, showing a professional attitude as he juggles two laptops and a tablet PC at the same time.

Kang Seung Yoon had said, “Han Woo Joo appears in the drama as a fan of the Golden Time Team, but when I met the seniors, I could feel my own emotions as a fan coming out. That’s why I was able to immerse myself in the role of Han Woo Joo more.”

The production staff stated, “Kang Seung Yoon will discover a clue about one of the Circus Man members from his first appearance in episode 4.”