The June 27 episode of SBS’s “Running Man” was a “vacation special,” starring actress Han Chae Young and singer and actress Heo Young Ji. During the episode, Jun So Min teased, “No matter how hard we play today, Ji Suk Jin won’t get loud because he has to save his voice for singing.” Yang Se Chan quipped, “He’s fully into being a singer now.” HaHa joked, “On YouTube, he suddenly started singing while ripping nametags.”

Ji Suk Jin is currently appearing on MBC’s “How Do You Play?”, where Yoo Jae Suk is producing a new project group called “MSG Wannabe.” The project has resulted in several older songs experiencing a resurgence on the charts, including songs from LABOUM and SG Wannabe. Ji Suk Jin is one of the eight finalists who have been chosen for the group. MSG Wannabe recently released two new songs as units that are currently charting at No. 1 and No. 2 on realtime charts like Melon, Genie, and Bugs.

Later, Song Ji Hyo, Ji Suk Jin, Jun So Min, and Yang Se Chan formed a team together. Yang Se Chan requested that Ji Suk Jin raise his tone and quipped that he was still managing his voice for the vocal group. Song Ji Hyo said, “Are you really doing that because of ‘How Do You Play?’ It’s disappointing. We’ve been together for 10 years.” Jun So Min added, “He also comments so much on their social media accounts! He doesn’t do that for us.” Yang Se Chan teased, “He must find us embarrassing.” 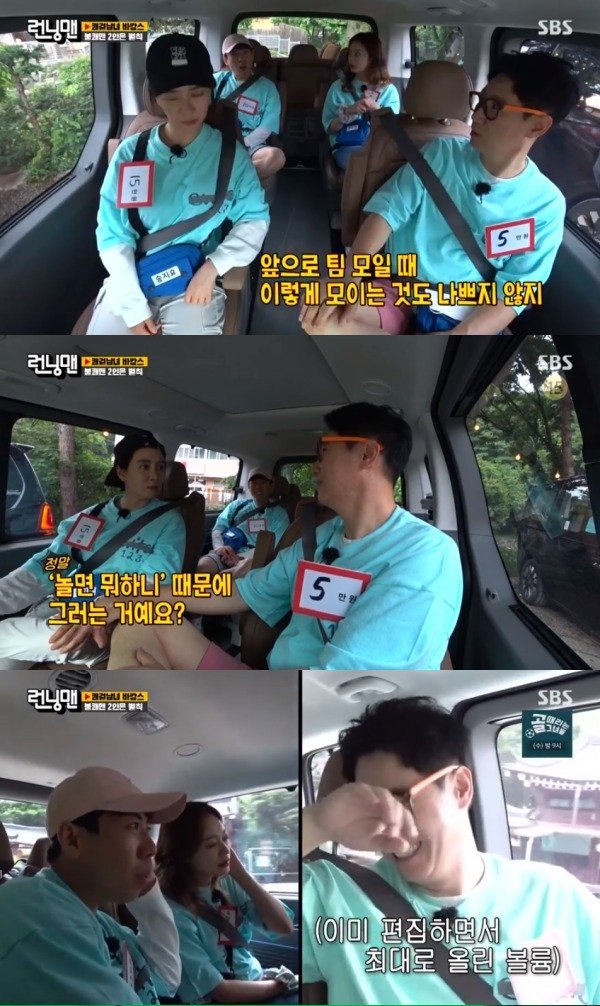 Song Ji Hyo
jun so min
Ji Suk Jin
Running Man
How Do You Play?
MSG Wannabe
How does this article make you feel?