8 Of Seo In Guk’s K-Dramas To Check Out

If you’re a regular K-drama viewer, then you’re bound to have come across a certain Seo In Guk. He’s been around for a while now and has quite a quite a few beloved gems in his filmography. But did you also know that he actually got his start as a “Superstar K” winner? Yes, he’s that talented. Whether it’s singing OSTs for his dramas, stealing hearts in rom-coms, or unsettling nerves in mystery thrillers, Seo In Guk can do it all, and more!

So if you want more of that rogue-ish charm of his, then be sure to check out (or re-watch) these eight dramas: 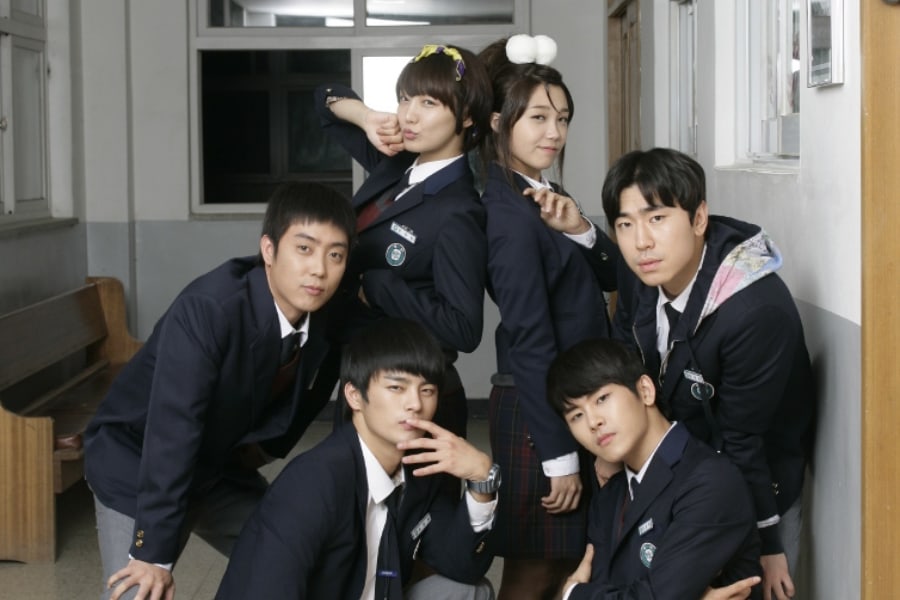 “Reply 1997” is the cultural phenomenon that kickstarted the whole “Reply” series. It’s a nostalgic throwback to first-gen K-pop and everything else from that era. But even if you weren’t a K-popper back then, you can easily appreciate this drama for all its heart and warmth. Seo In Guk plays Yoon Yoon Jae (10-year-old spoiler alert!), the other half to Jung Eun Ji‘s Sung Shi Won. Their relatable friendship, their burgeoning feelings for each other, and the will-they-won’t-they of it all tugs at all the heartstrings, and it’s thanks to the easy, believable, and sizzling chemistry between the two. 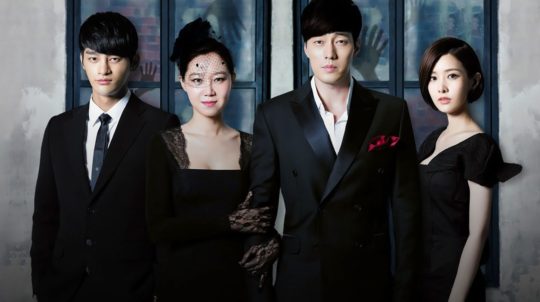 The first thought that comes to mind when you think about horror rom-com “Master’s Sun” is likely the electrifying chemistry between Gong Hyo Jin and So Ji Sub‘s characters, and all the skinship that entails from the first to the last episode. Moving past that, however, is Seo In Guk as Kang Woo, the second male lead who has a crush on Tae Gong Sil (Gong Hyo Jin), and who always looks incredibly dapper in his suit. And when even the second male lead can break your heart, you know you’re in for a emotional rollercoaster of a ride.

Seo In Guk is back in the leading seat with “King of High School,” which contrary to what the title may suggest, is actually not set in high school. Instead, it’s about a high school senior who has to pretend to be his much older brother at the latter’s behest, and is asked to take over his job. While at this “new” job, he’s naturally surrounded by people who are older than him, and one that catches his eye is his secretary, an older woman with a quirky personality. This fun, breezy rom-com is one that shines a light on Seo In Guk’s comedic side. 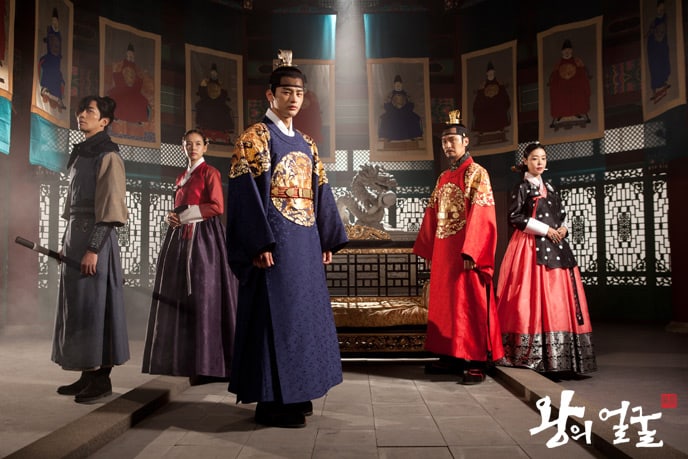 In you want to see Seo In Guk in a period setting, then this is the drama for you. “The King’s Face” is focused on the (illegitimate) Crown Prince of Joseon, Gwanghae (Seo In Guk), and how he uses face-reading as a tool for his rise to power. Given the heavier nature of the drama, his performance here has more gravitas and is more commanding than his lighter rom-coms, and his passionate delivery even nabbed him some year-end awards. 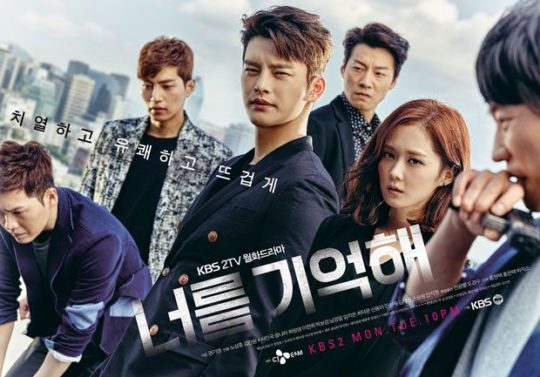 Seo In Guk dips his toes into a much darker fare for “I Remember You,” a psychological thriller that gives us chilling performances all around (a creepy Park Bo Gum, anyone?). Criminal profiler Lee Hyun (Seo In Guk) returns to Korea when his repressed memories regarding his father’s and brother’s deaths are somehow triggered. He works alongside detective Cha Ji An (Jang Nara), who has actually been keeping a close eye on him over the years, concerned about his mental state. However, as they inch closer to the truth they’ve been seeking, they find themselves playing into the hands of someone especially sinister. 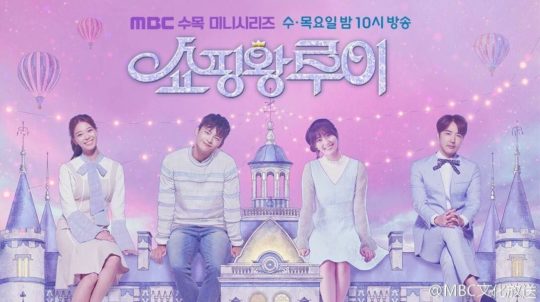 After stretching his acting chops by trying out a few different genres, Seo In Guk returned to rom-com in 2016 and gave us the much beloved “Shopping King Louie.” It has everything you want in a memorable rom-com — a believable romance, light-hearted fun, a heart-warming storyline with poignant moments, and… amnesia. Seo In Guk is Louie, a chaebol who’s a firm believer in retail therapy. However, he one day finds himself somehow homeless and memory-less when he arrives in Seoul, where he meets the sweet (and very relatable) countryside girl, Go Bok Sil (Nam Ji Hyun). 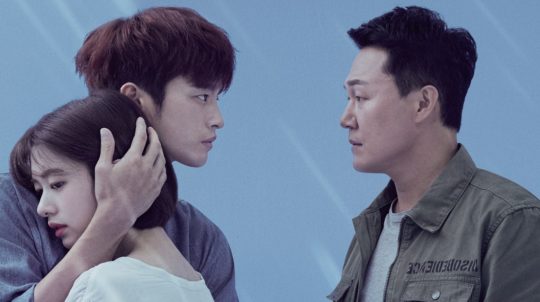 Seo In Guk takes a left turn and dives into another darker role with “The Smile Has Left Your Eyes,” where he plays Kim Moo Young, a somewhat unhinged bad boy that you just can’t stay away from. He imbues a flippant, devil-may-care attitude into this character, and yet gives him enough layers and vulnerability that it still makes you want to care about him. The three leads of this drama are perfect in their roles, and they instantly draw you in to this intricately woven story from the get-go. 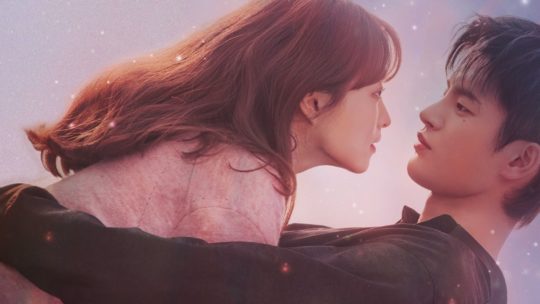 In his latest drama, Seo In Guk plays Myul Mang, a god who brings forth doom and destruction wherever he goes, and is frankly tired of it. One day, he meets Tak Dong Kyung (Park Bo Young), a similarly weary soul who finds out she’s dying, cheated upon, and is in trouble at work… all in one day. While the ratings for this fantasy drama haven’t been particularly splendid, we can’t deny that the actors are doing wonders with what they’re given, and they just make the most adorable couple too. Plus, there’s just so much pretty to look at!

Start watching “Doom At Your Service”:

Which role of Seo In Guk’s do you love the most? And what genre are you most excited to see him in next? Let us know in the comments below!

Belinda_C really enjoyed him in “Squad 38” too. Make sure to check that out for more great Seo In Guk-ness!

Seo In Guk
Master's Sun
Soompi Spotlight
The King's Face
King of High School
I Remember You
Reply 1997
The Smile Has Left Your Eyes
Doom at Your Service
Shopaholic Louis
How does this article make you feel?