Upcoming web drama “Blue Birthday” has unveiled an eerie poster ahead of its premiere!

“Blue Birthday” is a new fantasy romance thriller produced by Playlist, the studio behind the hit web dramas “A-TEEN” and “Love Playlist.” Red Velvet’s Yeri will star as Oh Ha Rin, a 28-year-old whose first love died on her 18th birthday 10 years ago. She had finally resolved to confess her feelings to her friend Ji Seo Jun (played by PENTAGON’s Hongseok) that day, but to her shock and horror, he ended up taking his own life.

10 years after the tragic incident, Oh Ha Rin stumbles upon some mysterious photos that Ji Seo Jun left behind—and through these photos, she winds up revisiting the past.

In a newly released poster for the web drama, Oh Ha Rin somberly holds a birthday cake as the caption reads, “On my 18th birthday, my first love left this world.” 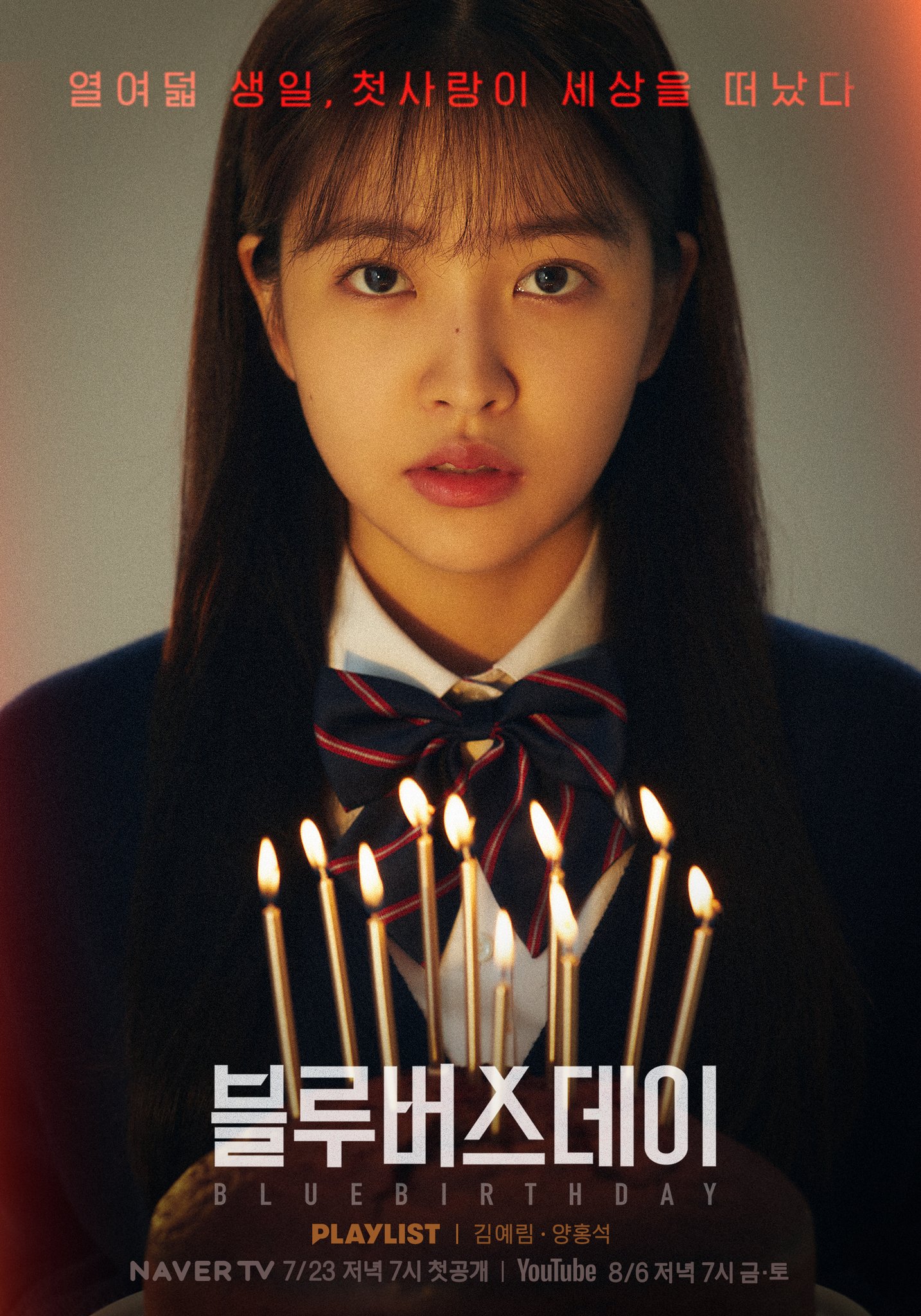 “Blue Birthday” also shared a glimpse of Hongseok in his role as Ji Seo Jun, a popular and high-achieving student at the top of his class. Ji Seo Jun’s cheerful and caring disposition, which stole Oh Ha Rin’s heart back in school, shines through in the photos. 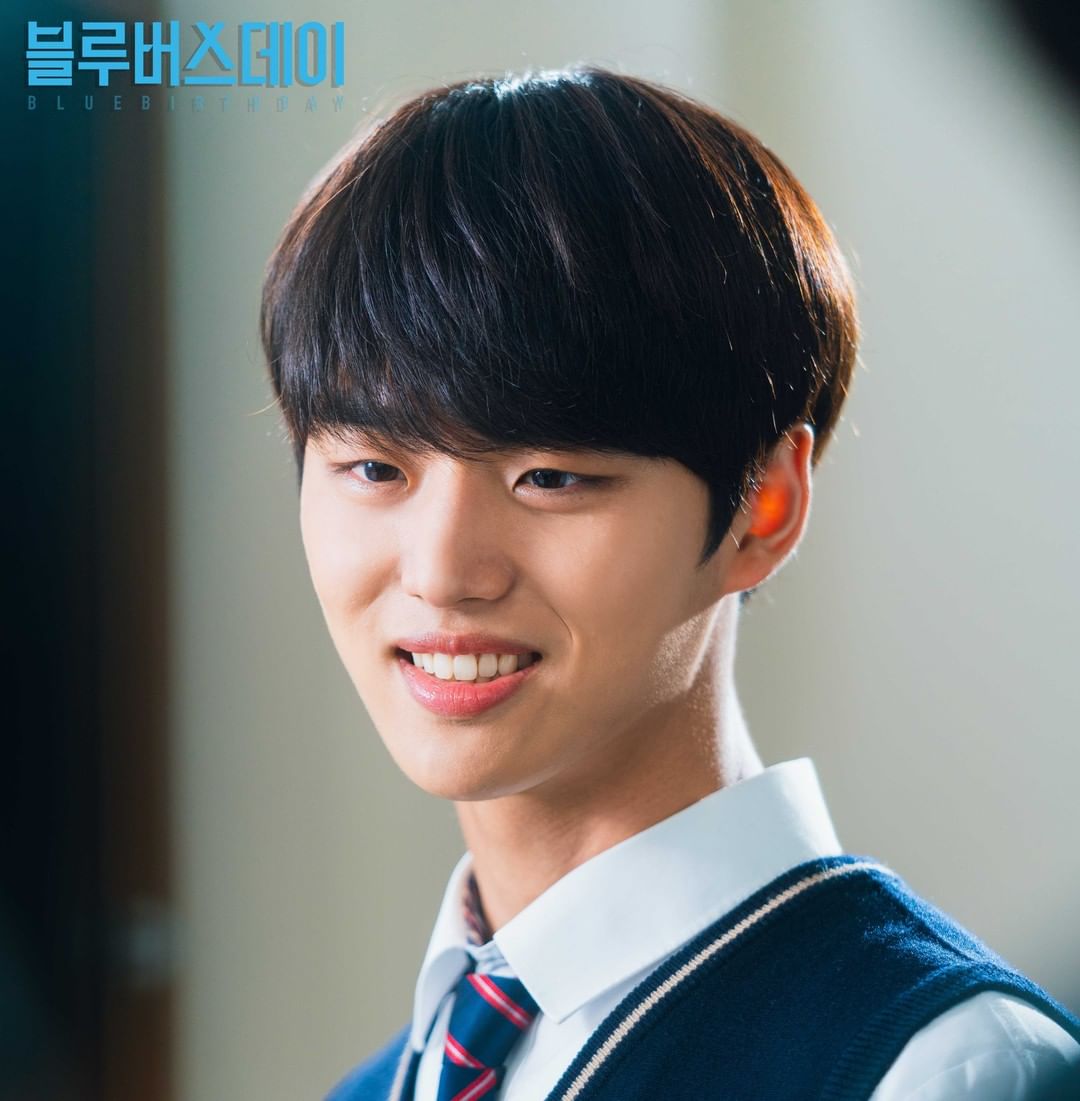 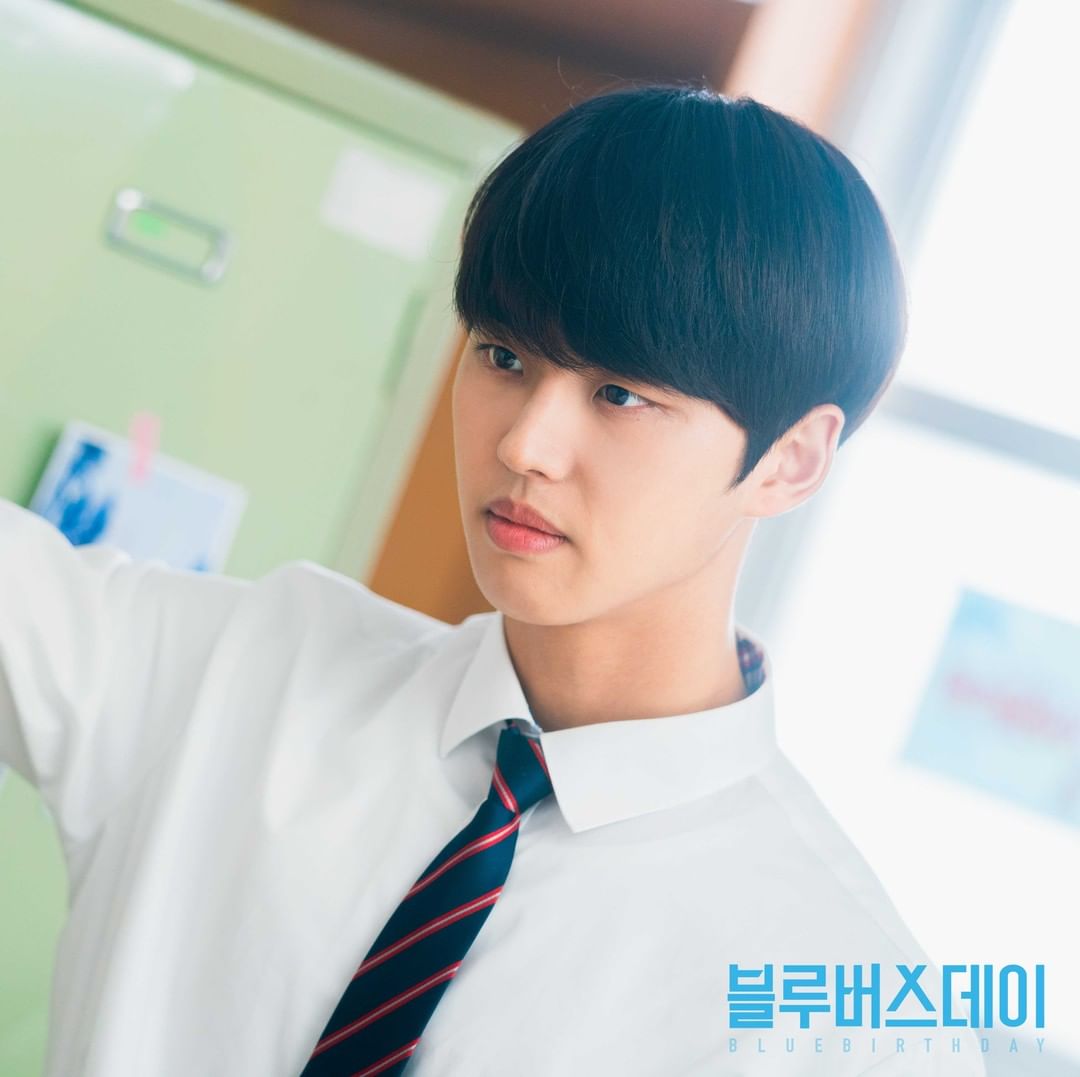 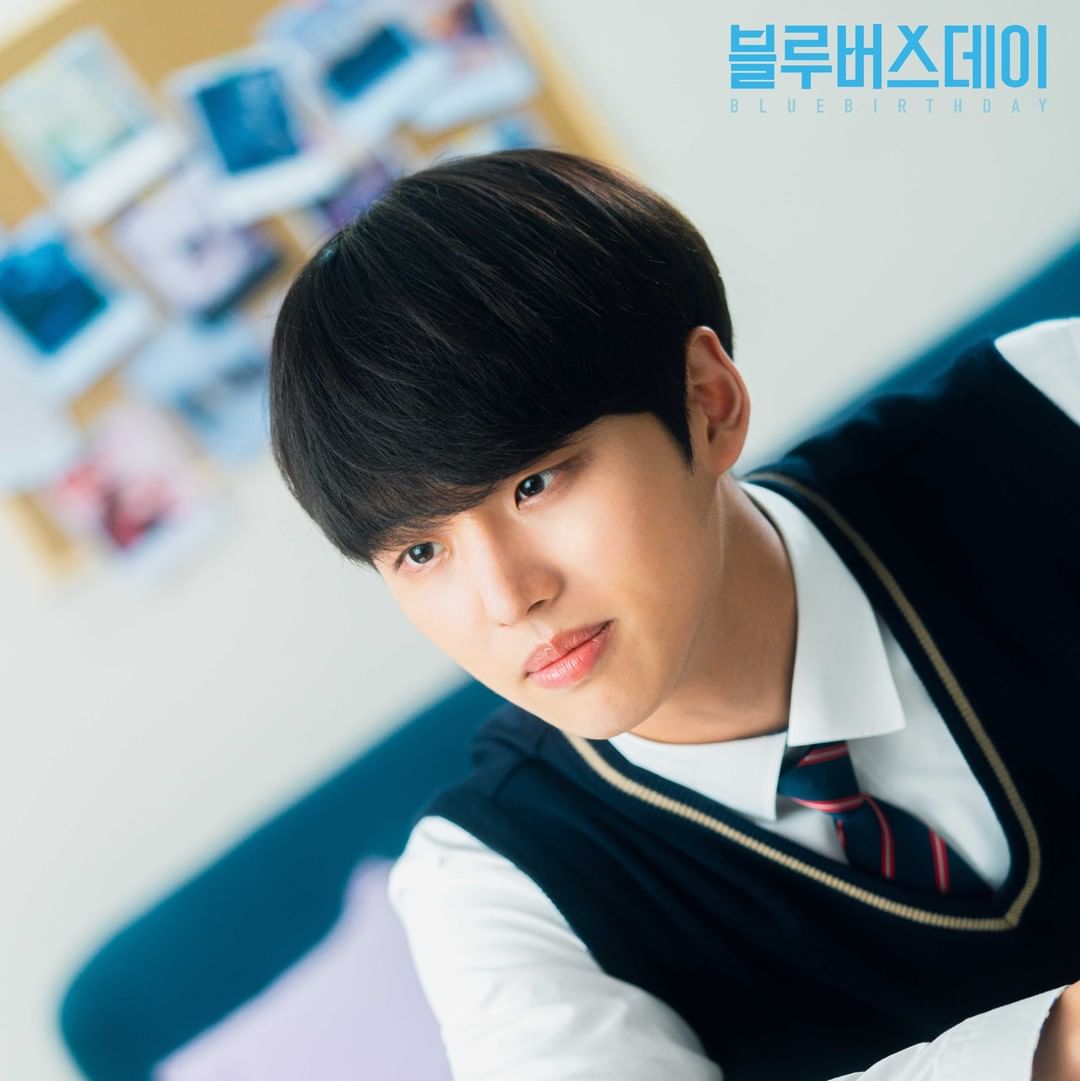 In the meantime, watch Hongseok in his previous drama “Phoenix 2020” with subtitles below!