GOT7’s Jinyoung Talks About Advice From Ji Sung For “The Devil Judge,” Close Friendship With 2PM’s Junho, And More

During the interview that took place with the photo shoot, Jinyoung talked about his upcoming tvN drama “The Devil Judge.” The drama takes place in an alternate dystopian Korea where trials are held with the entire nation participating via a live courtroom broadcast. Ji Sung plays Kang Yo Han, the head judge, while Jinyoung plays Kim Ga On, an associate judge in the same courtroom. 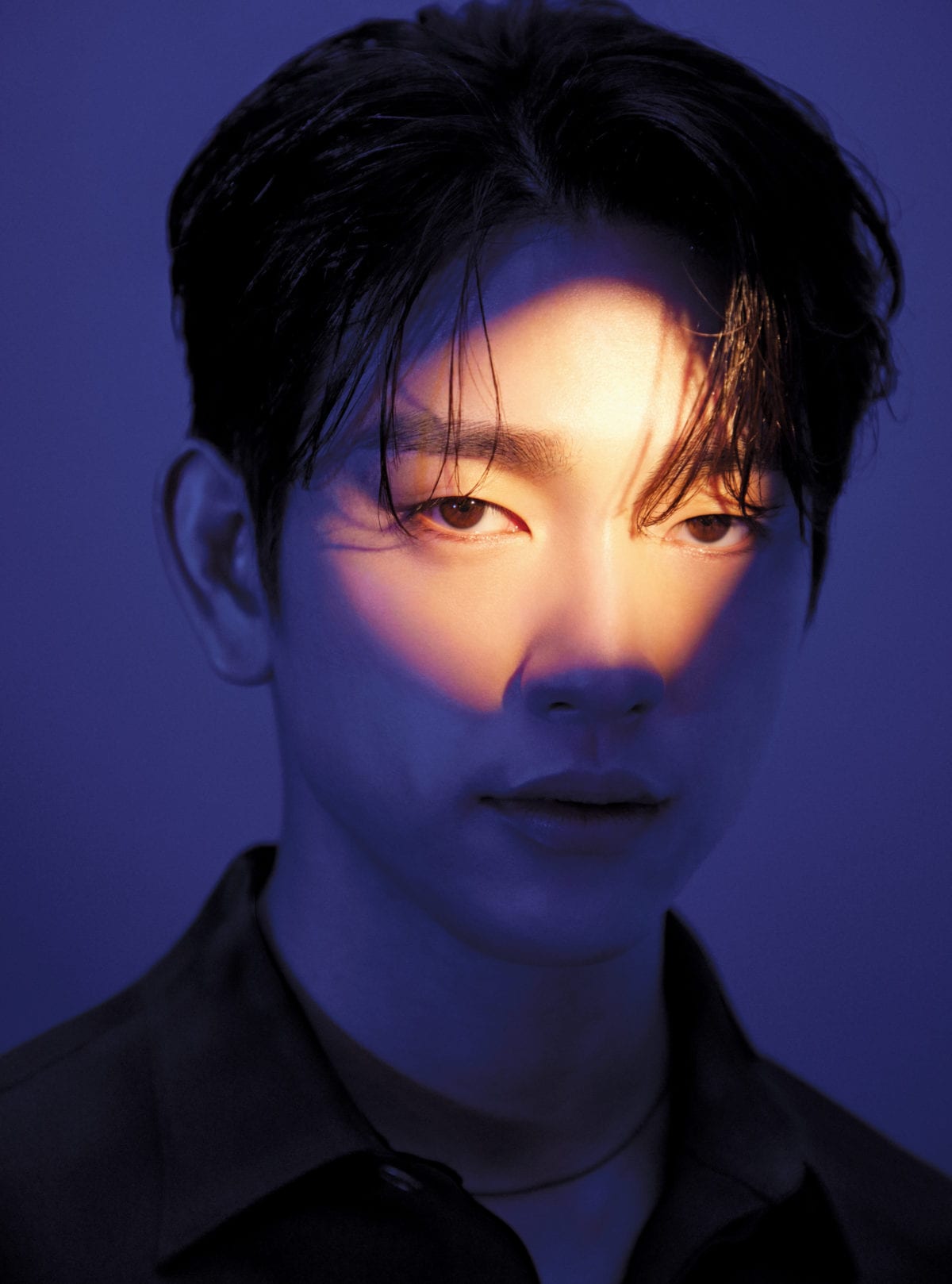 When asked about the bruise on his pinky finger, Jinyoung revealed that he had hurt it while filming “The Devil Judge.” Explaining that there are a lot of action scenes, he placed emphasis on the word “devil” in the title. The interviewer stated that “The Devil Judge” would be Jinyoung’s 10th project, and he commented, “Wow, I’ve done more than I had thought.” He added, “I’m curious about which of my takes on set will be picked by the director for broadcast. That’s because the director will pick the ones that are the realest in their opinion to add to the drama. There are times when the takes I don’t expect get selected. When that happens, it’s interesting, and I also reflect a lot.” 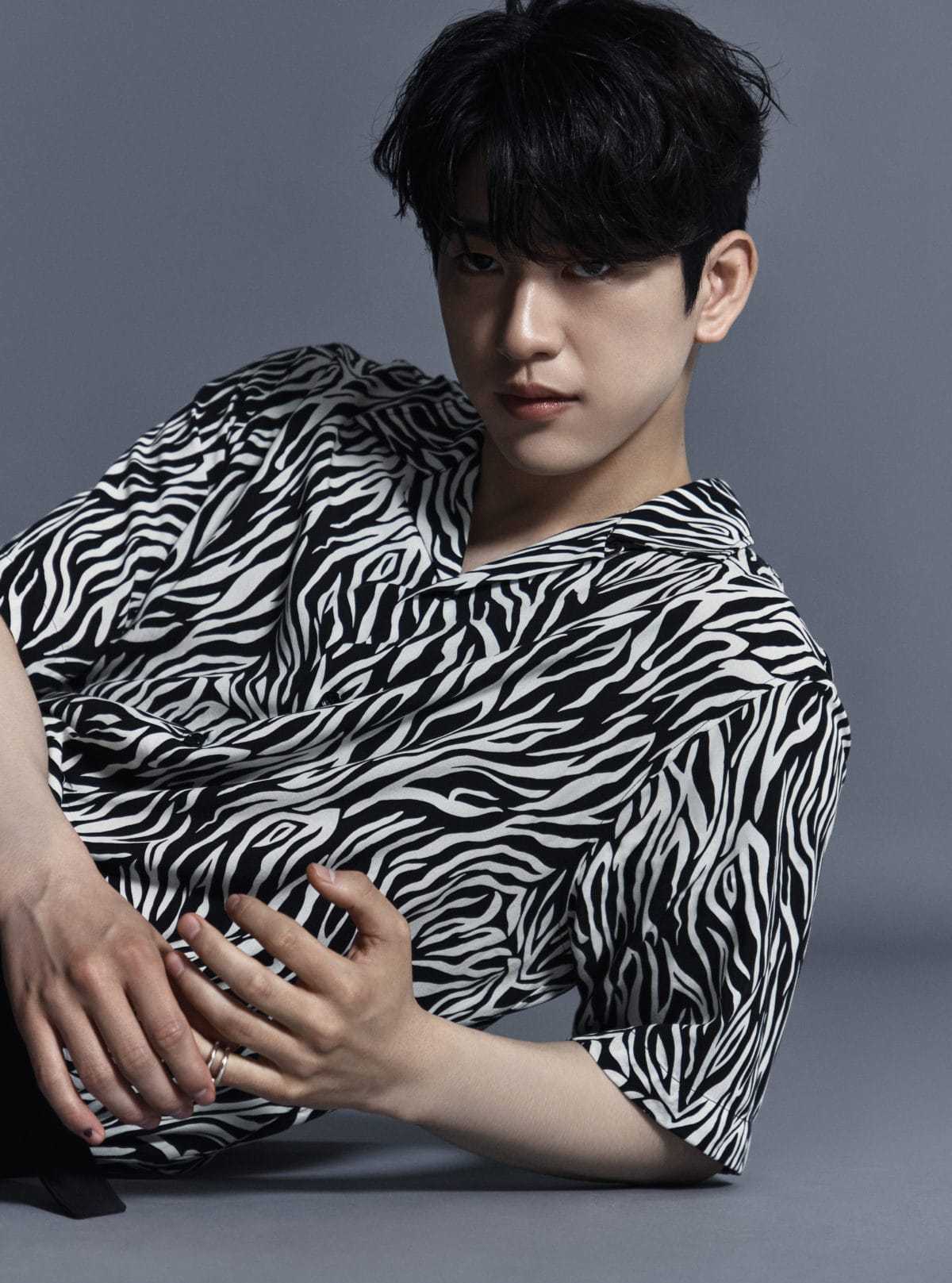 Jinyoung revealed that the senior actors had taught him that actors need to make the viewers feel as if the made-up situations and characters are real. He explained that this is the reason why he often asks Ji Sung questions about what kind of gaze he should have or what looks more realistic. Regarding Ji Sung’s answers to the questions, Jinyoung shared, “He also never tries to trap me in a mold. Rather than saying, ‘This is the answer,’ he says this is good because of a certain reason, and that’s also good because of another reason, and I get to select the best option. He makes me do it on my own, so I also like that.” 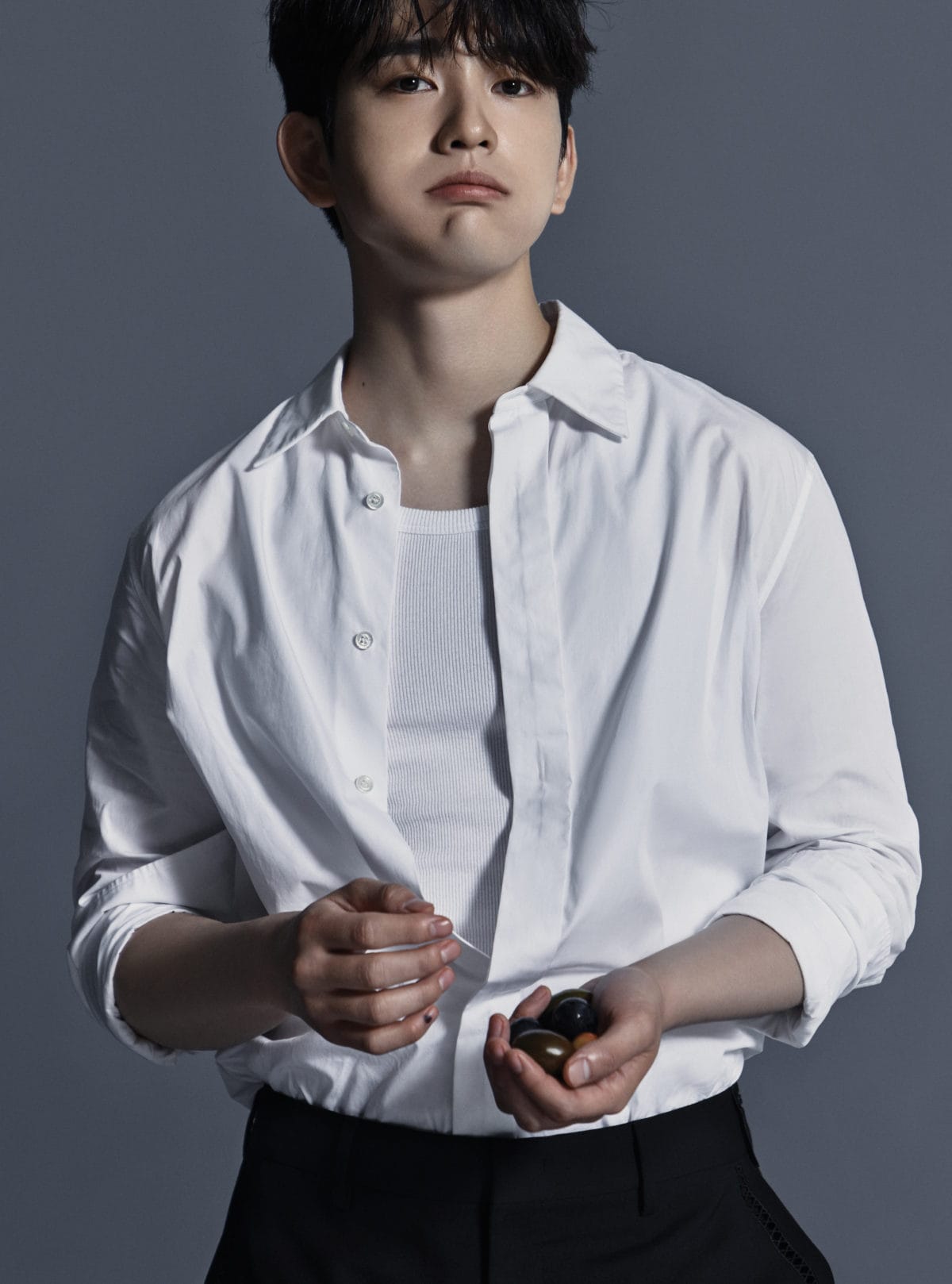 The actor continued to explain that it’s still difficult for him to see his on-screen character as someone other than himself, adding that it makes him think more about who he is as a person. Jinyoung shared, “In Ga On, I see my younger self. It was when I came to Seoul as a trainee when I was young and really didn’t know anything.” He elaborated, “At the time, I was just a trainee, and it wasn’t like my official debut had been decided. There’s an uneasiness that comes with the word ‘trainee’ itself. Ga On carefully keeps an eye on and examines the situation at the beginning. When I see that, I think I was like that during my trainee days.” 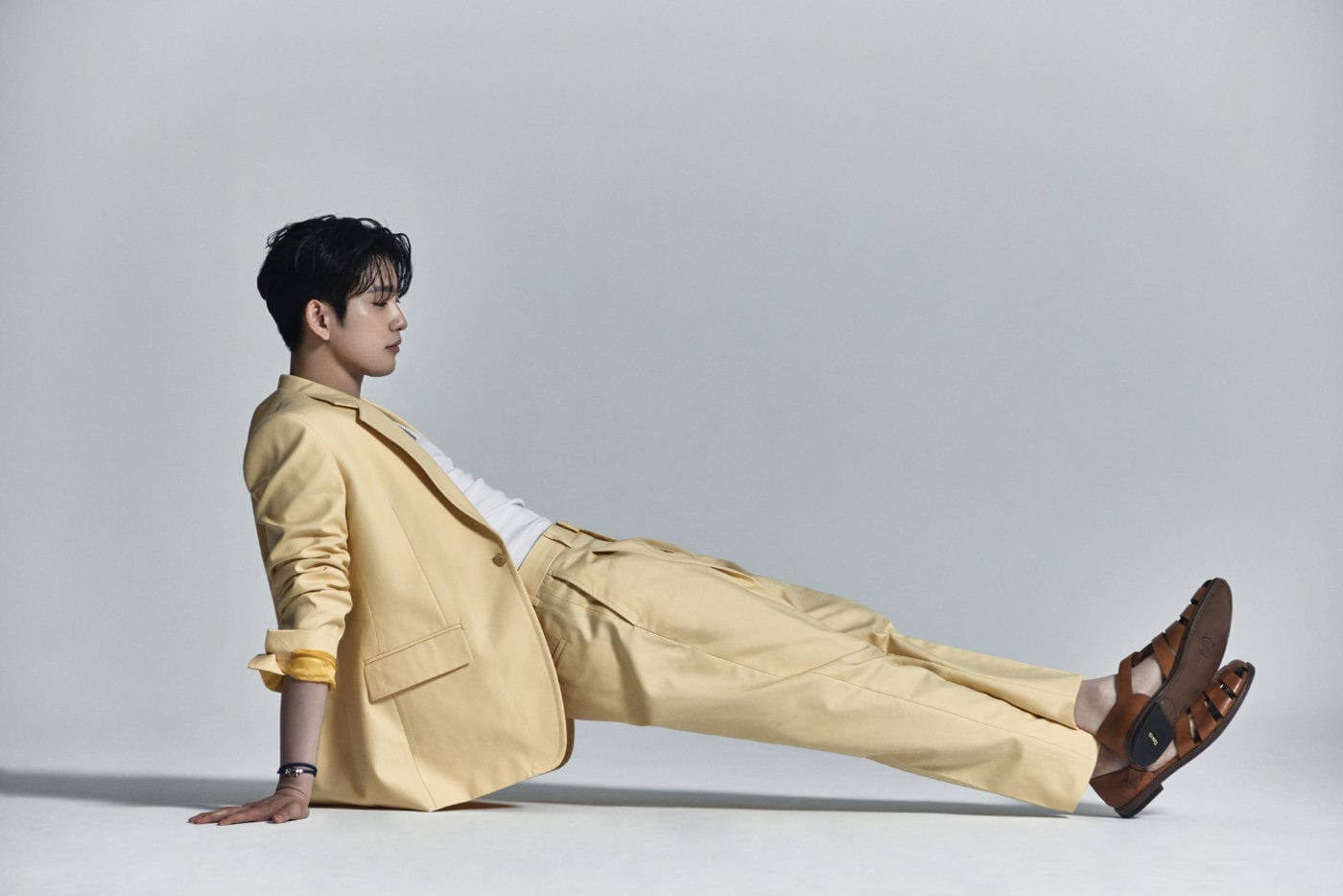 Mentioning that nine years had passed since his acting debut with “Dream High 2,” he shared, “I can’t wear school uniforms now. My facial hair has gotten thicker.” Jinyoung added that sometimes it’s harder for him to analyze characters his age because he has to reflect on how he is now rather than look back. 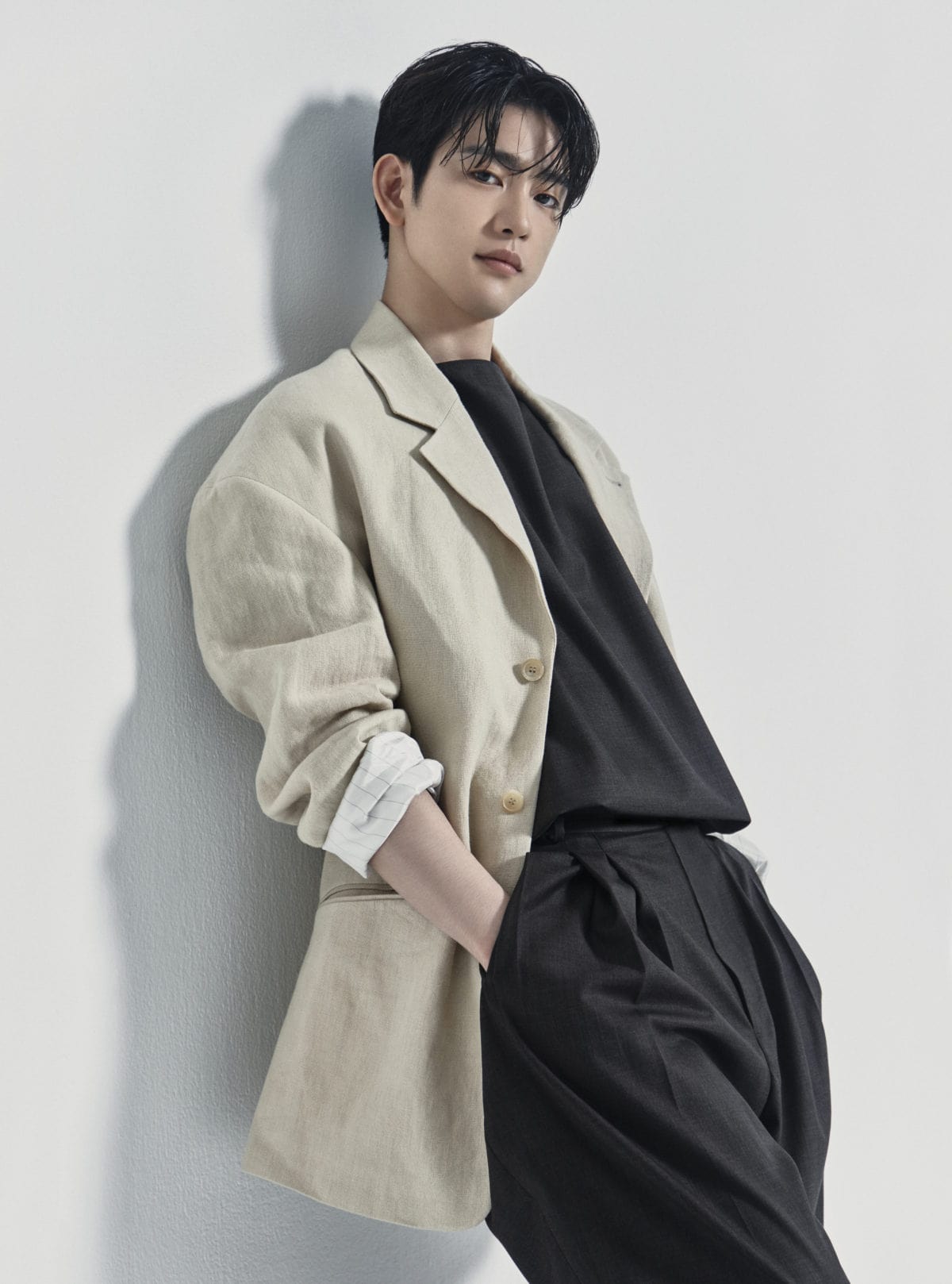 On his friendship with 2PM’s Junho, Jinyoung shared, “We both have similar tendencies. We don’t really know how to have fun.” He continued, “We’re people who have continuously only worked. We like talking about work with each other. There are things I can solve on my own, and if I feel as if I should ask about a concern to a person more senior in life than me, I ask hyung. I’m very close to him.” 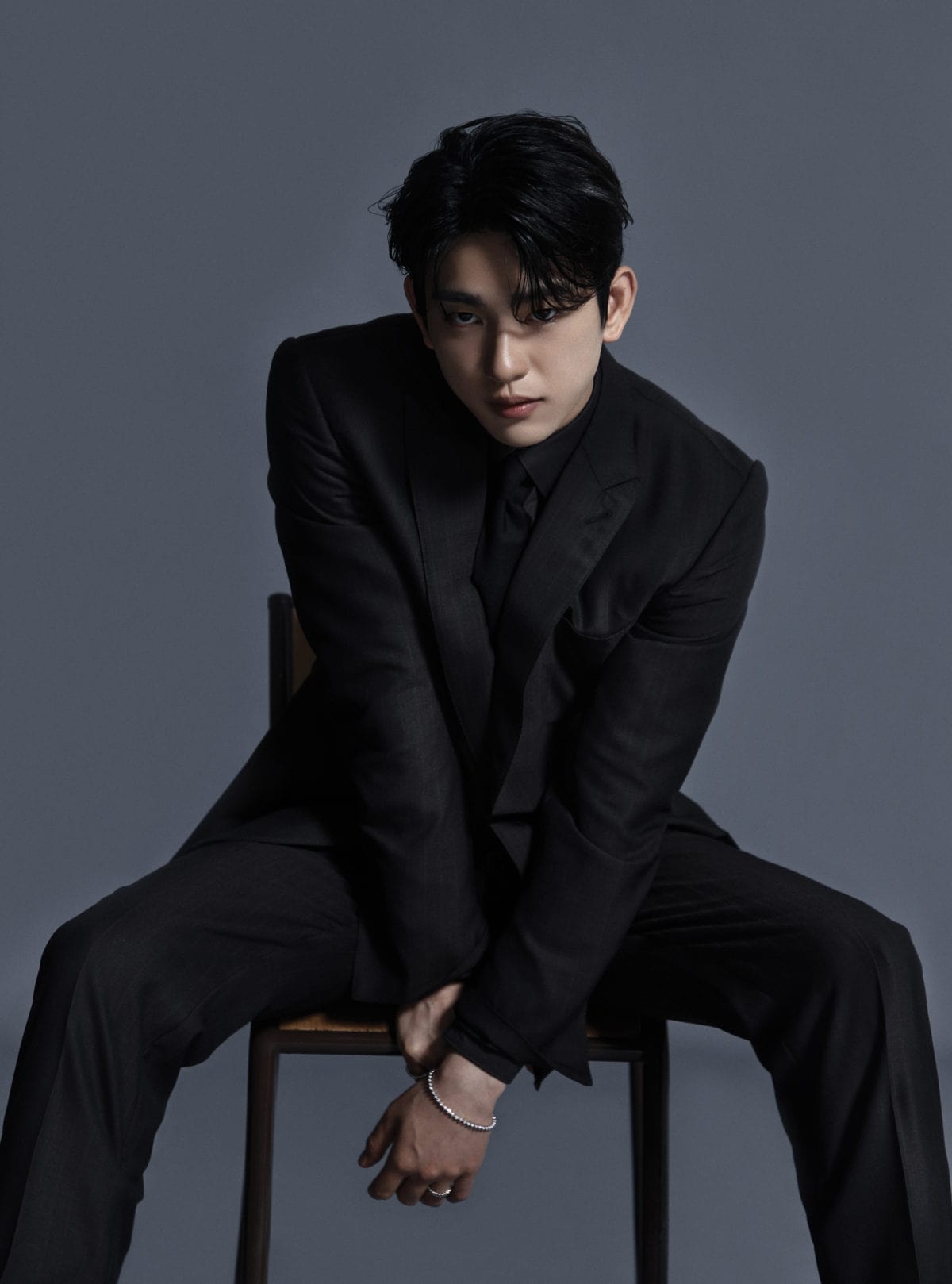 Explaining that he’s lived alone for three years now, Jinyoung shared that he wanted to do everything on his own after moving out of the dorms. He commented, “I think I’m good at doing the dishes and the laundry.” Jinyoung added that his older sister taught him how to do the dishes while saving water. However, he revealed that his room is messy and that he only cleans it once every four days. Jinyoung added, “Honestly, even when I can only sleep one hour because of my schedule, I can’t sleep if I think the house is too dirty. That’s why there are times when I clean everything up and only sleep 30 minutes.” 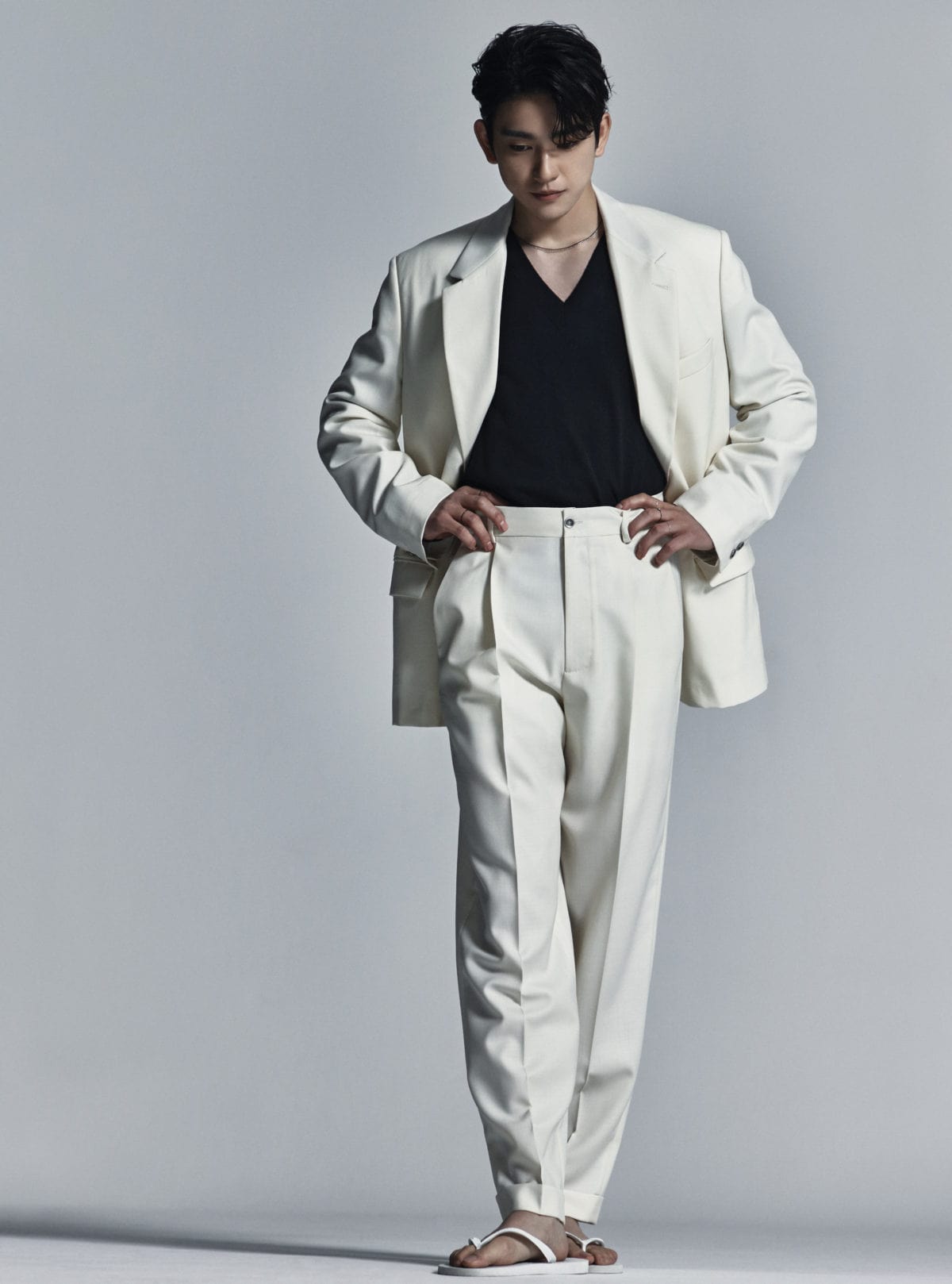 Jinyoung shared that he enjoys the sea a lot since he grew up near the seaside. He stated, “I just feel comfortable while looking at the sea.” Jinyoung also explained that he thinks he could have been a stronger person mentally or physically if he had spent more time closely with his parents during the early years after he became of age. Jinyoung explained, “I still have my parents’ influence on me even now.” He added, “If I had spent those five to six years [from when I came to Seoul until I became an adult] with my mom and dad by my side, I think I could have become a really healthy person, but I don’t regret that now.”

The actor shared that he still feels like he’s young when he can’t wake up easily in the morning. However, Jinyoung also revealed that he pretends to be more adult-like during difficult times. 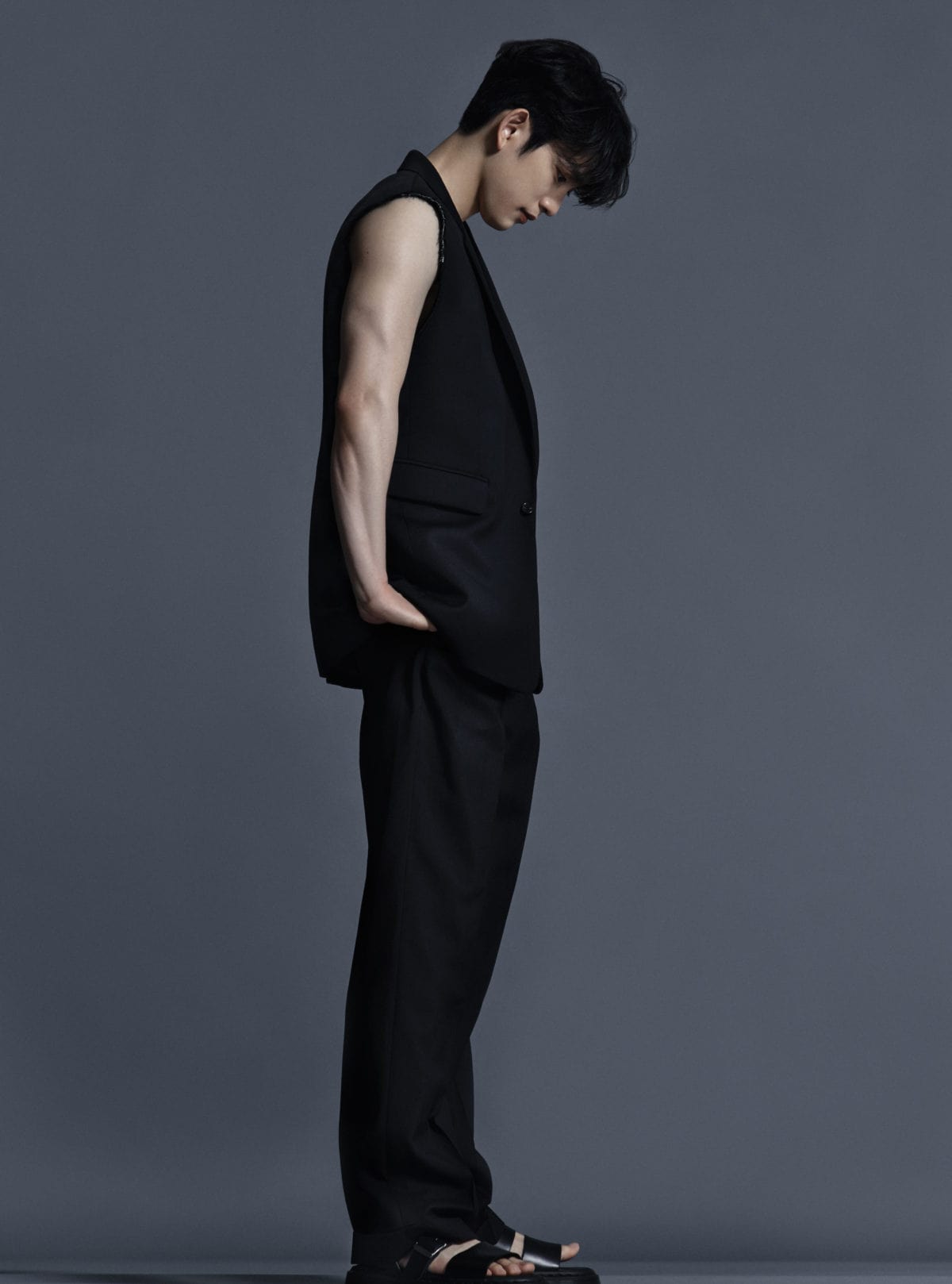 Jinyoung shared that by July, he will have wrapped up filming for “The Devil Judge” and the drama will begin airing. He commented, “The person Kim Ga On will have become a part of me while I wasn’t aware. What I learned from Ga On will stay inside my body. The project will have passed by, but I still want to keep that page [in the book that is me] as it is without flipping it. If I fill up the page and flip it, I can’t write on it again. Without flipping through the pages, I want to look back on it one more time, even though I don’t now what story will begin on the next page.” 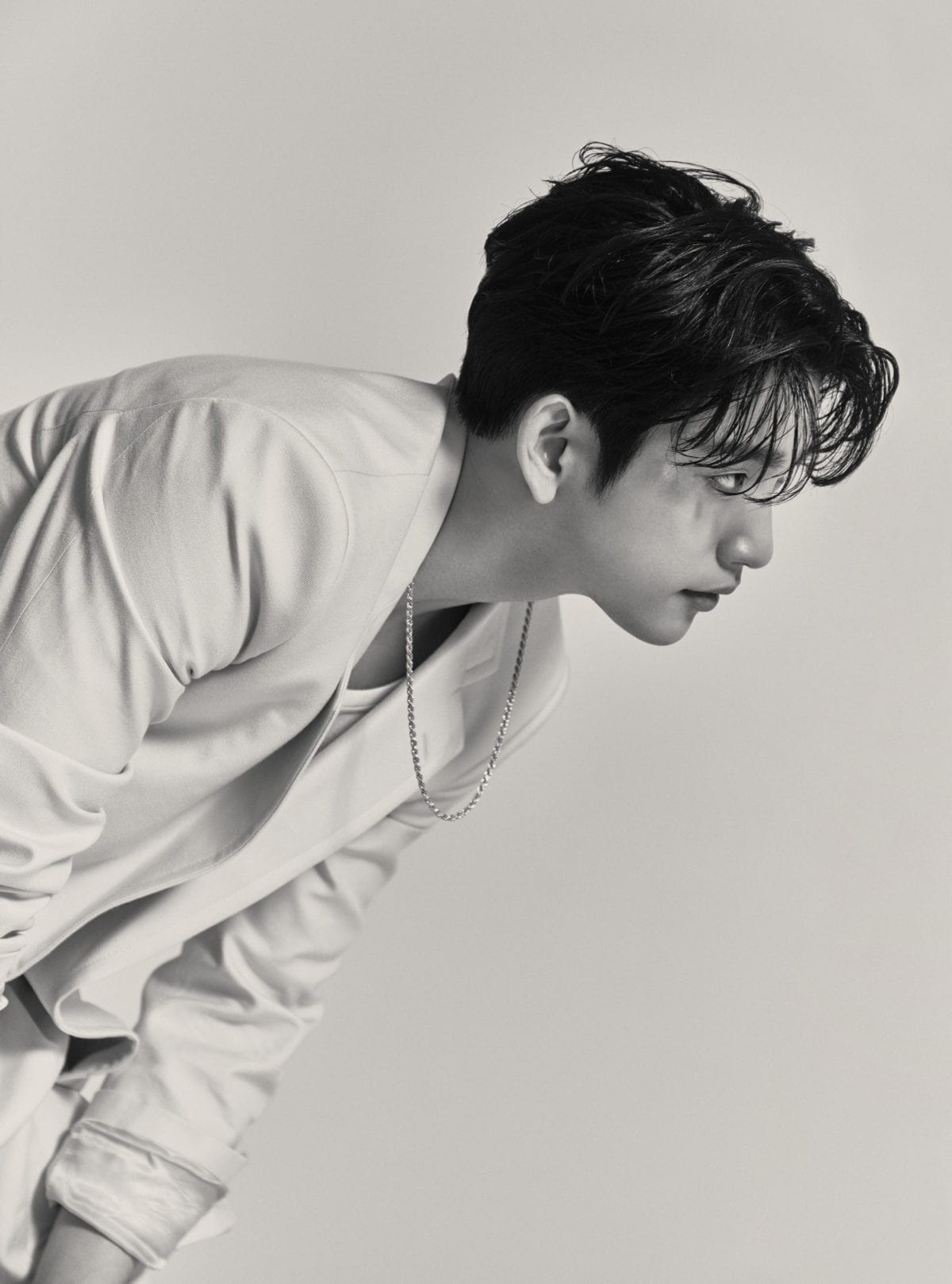 GOT7
2PM
GQ Korea
Ji Sung
Junho
Jinyoung (GOT7)
The Devil Judge
How does this article make you feel?