“Meeting You” is a 2020 C-drama that follows a group of unlikely friends from their last two years in high school to their university days. If you’re looking for a sweet and happy drama without any evil characters, disapproving parents, or unnecessary breakups, then “Meeting You” is your right bet. Instead, the drama spreads positivity and inspires us to embrace people just the way they are. Let’s take a closer look at six reasons that make this drama a must-watch.

The cheerful and bubbly female lead 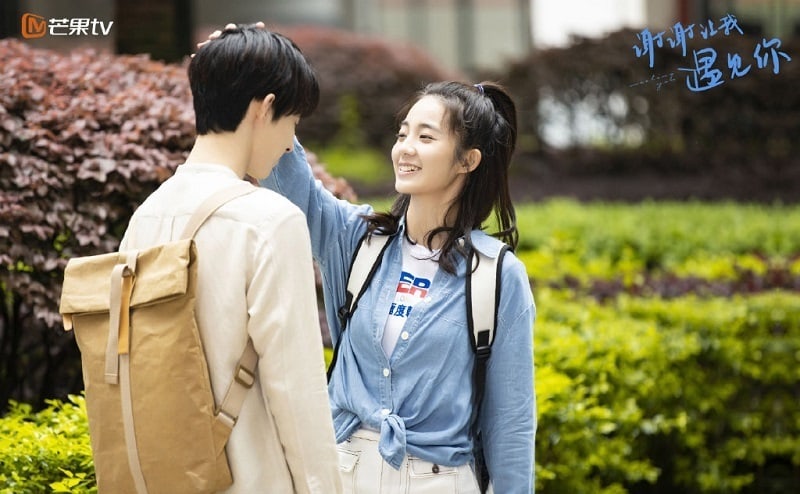 Female lead Xia Rui (Wan Peng) is a true social butterfly who’s friendly towards everyone, no matter their personality or age. While she’s a low performer at school, her forte is her liveliness as she spreads positive energy wherever she appears. She’s also quite fearless and very protective of her friends – hence her nickname “Big Brother Rui.” Furthermore, she loves coffee and has an impeccable sense of taste, which later on leads her to pursue a career as a barista.

Actress Wan Peng already left a big impression with her debut in the 2018 hit drama “When We Were Young.” Her acting felt so natural that it was hard to believe it was her first drama, and her performance as Xia Rui in “Meeting You” is just as charming. She’s definitely an up-and-coming actress to look out for! 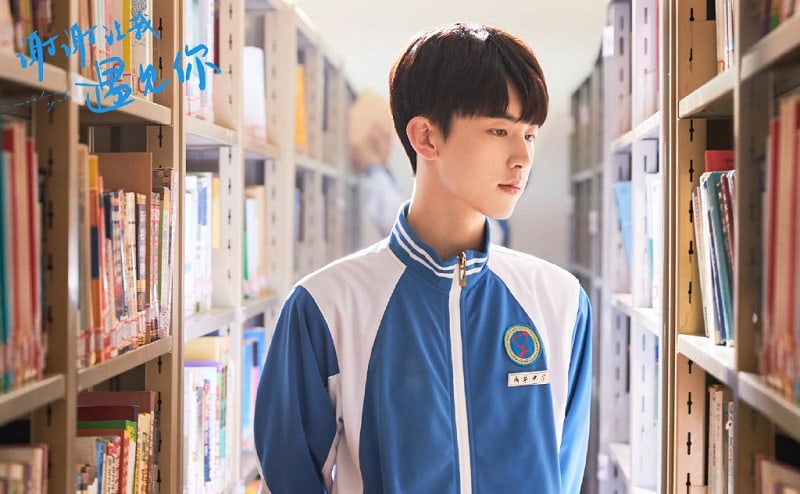 Male lead Nan Xi (Fiction Guo) is not only a top student but also a gifted designer and craftsman who loves to work with wood. He dreams of becoming an architect, but he had to drop out of school as he suffers from social anxiety disorder. After his condition improves, Nan Xi’s mom sends him to a new school, where he meets Xia Rui and her friends. Even though Nan Xi wishes to make friends, he is still too afraid of contact with people and almost doesn’t talk at all. As a result, he appears cold and distant, which makes people easily misunderstand his intentions.

Fiction Guo is a familiar name to most international C-drama fans thanks to his role as Si Tu Feng in the 2018 hit drama “Accidentally in Love,” which is basically the complete opposite from his character in “Meeting You.” Nonetheless, the actor believably portrays the quiet and socially anxious Nan Xi as if he had never been anyone else. 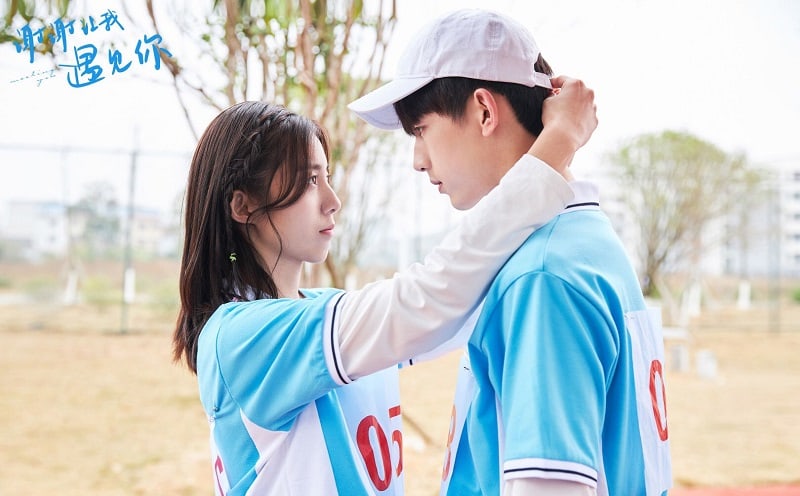 Nan Xi quickly discovers that Xia Rui is actually his lost friend from preschool. Back then, when Nan Xi was being bullied by the other children for his quiet nature, Xia Rui was the only one who approached him without prejudice and actively befriended him. Even after Xia Rui moved away, Nan Xi has never forgotten about her and is thus delighted to have found her again. He gathers his courage and tells Xia Rui about it, and she is equally delighted to reunite with her former friend. They soon become best friends, and their relationship naturally turns romantic over time. 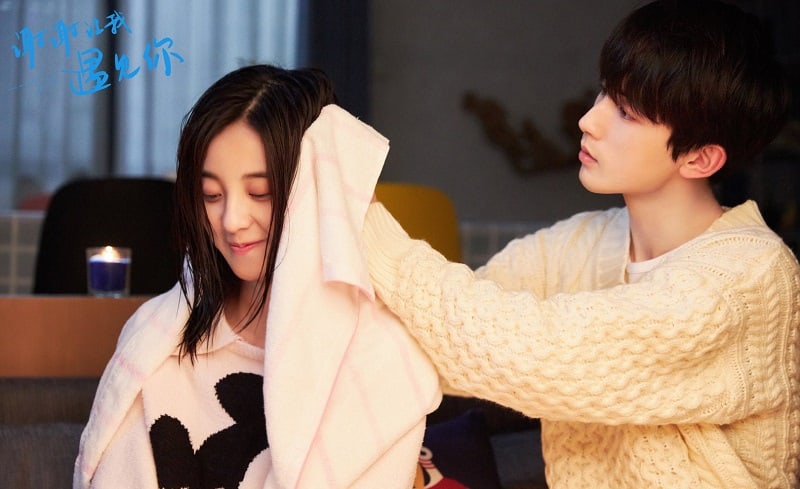 Xia Rui and Nan Xi’s beautiful relationship is guaranteed to make you envious! They treat each other as equal individuals who complement each other with their respective strengths and shortcomings. Xia Rui embraces Nan Xi just the way he is – his social anxiety included – and never tries to change him. Instead, she protects him, but also supports him whenever he voluntarily takes a step out of his comfort zone. She gives him warmth and strength, which naturally leads to him overcoming his social anxiety step by step.

Nan Xi, on the other hand, helps Xia Rui with her studies so that she can reach her personal goals. He never looks down on her for being a poor student but instead gives her confidence by highlighting her strengths, and does everything he can to support and help her achieve her dreams.

And last but not least, the two actors also have amazing chemistry!

One of my most hated drama tropes are disapproving parents who force the couple to break up, so it was a nice surprise to see that Xia Rui’s and Nan Xi’s families are really supportive of their relationship. Instead of being adamant that whatever they think is best for their children and the only right choice, their families (especially Nan Xi’s mom) are open-minded and observe what really makes their children happy. Nan Xi’s mom quickly recognizes that Xia Rui has a positive influence on her son’s social behavior, and genuinely thanks Xia Rui for being by Nan Xi’s side and making him smile. 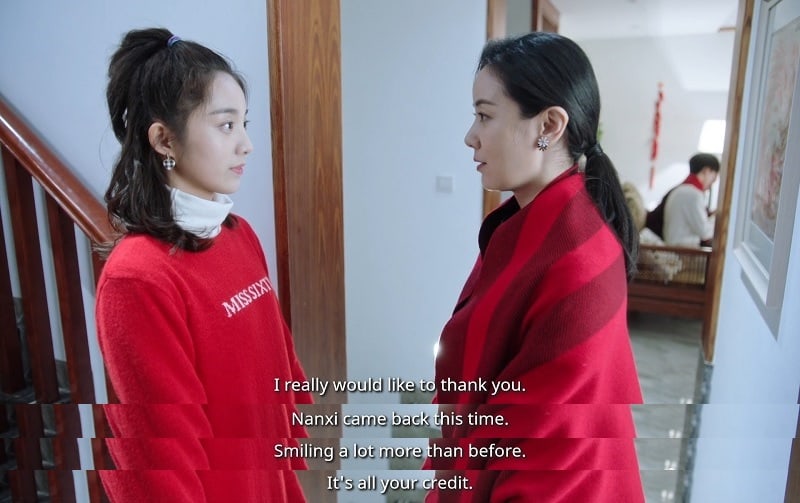 Xia Rui’s cheeky baby brother Chen Hao (Jonny Zhang) is too adorable! He’s good with words, just like Xia Rui, and often speaks like an adult – influenced by the dramas he loves to watch. Notwithstanding that he’s much younger, he doesn’t shy away from teasing his big sister at every chance he gets. It’s his way of showing affection, and it’s super cute. Chen Hao is a real scene stealer who instantly brightens the mood whenever he’s on screen. 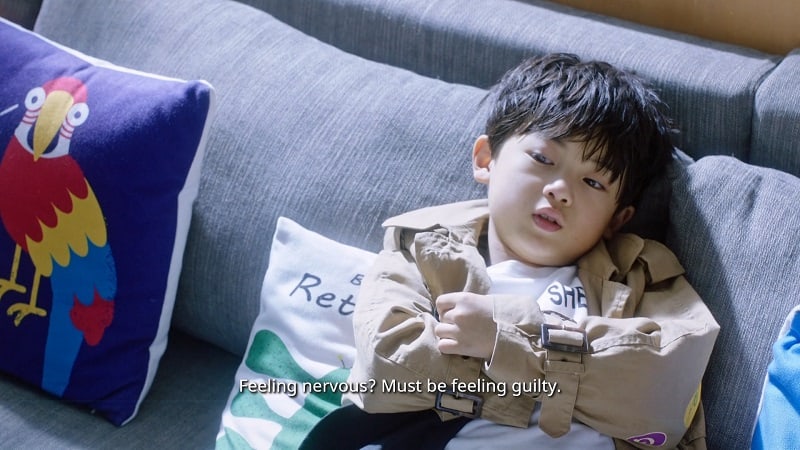 “Meeting You” is not only super sweet but it’s also filled with plenty of humor. One especially hilarious scene to look out for is when Nan Xi tastes alcohol for the first time and can’t stop himself from drinking more and more. His reactions are gold! 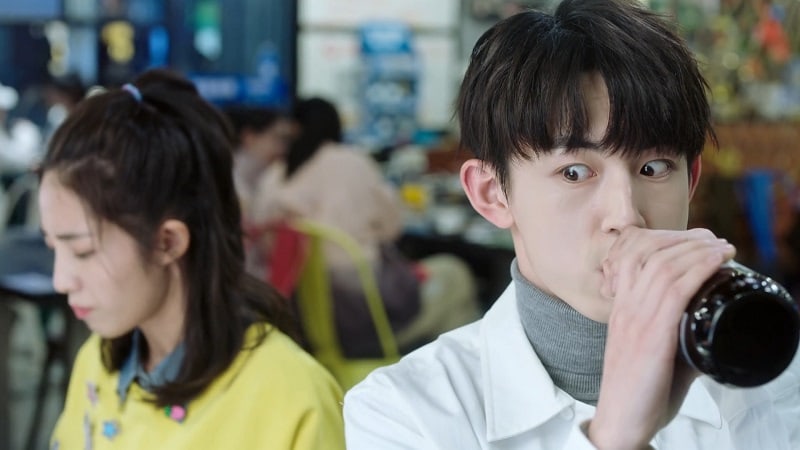 Hey Soompiers! Have you watched “Meeting You”? What did you love most about it? Let us know in the comments below!

Currently watching: “Be Together,” “Falling Into Your Smile,” “Tears in Heaven,” “You Are My Spring,” “The Devil Judge,” “Nevertheless,” “Hospital Playlist 2”
All-time favorite dramas: “Ode to Joy,” “Back in Time,” “From Survivor to Healer,” “Move to Heaven,” “Children of Nobody,” “My Ahjussi”
Looking forward to: “Remembrance of Things Past”

Soompi Spotlight
Wan Peng
Meeting You
Fiction Guo
How does this article make you feel?