“Blue Birthday” is a new fantasy romance thriller produced by Playlist, the studio behind hit web dramas like “A-TEEN” and “Love Playlist.” Red Velvet’s Yeri stars as Oh Ha Rin, a 28-year-old woman whose first love died on her 18th birthday 10 years ago. On that day, she had resolved to confess her feelings for her friend Ji Seo Jun (played by PENTAGON’s Hongseok), but to her shock and horror, he took his own life. A decade after the tragic incident, Oh Ha Rin stumbles on mysterious photos that Ji Seo Jun left behind—and winds up revisiting the past.

The new poster shows the warm and heart-fluttering friendship between Oh Ha Rin and Ji Seo Jun when they were still young and hopeful high school students. The poster also shows the central importance of “photos” to the drama, as both Ha Rin and Seo Jun take pictures of each other with a film camera as well as posing for their shots. The poster slogan reads, “If I went back 10 years, could I save you?” 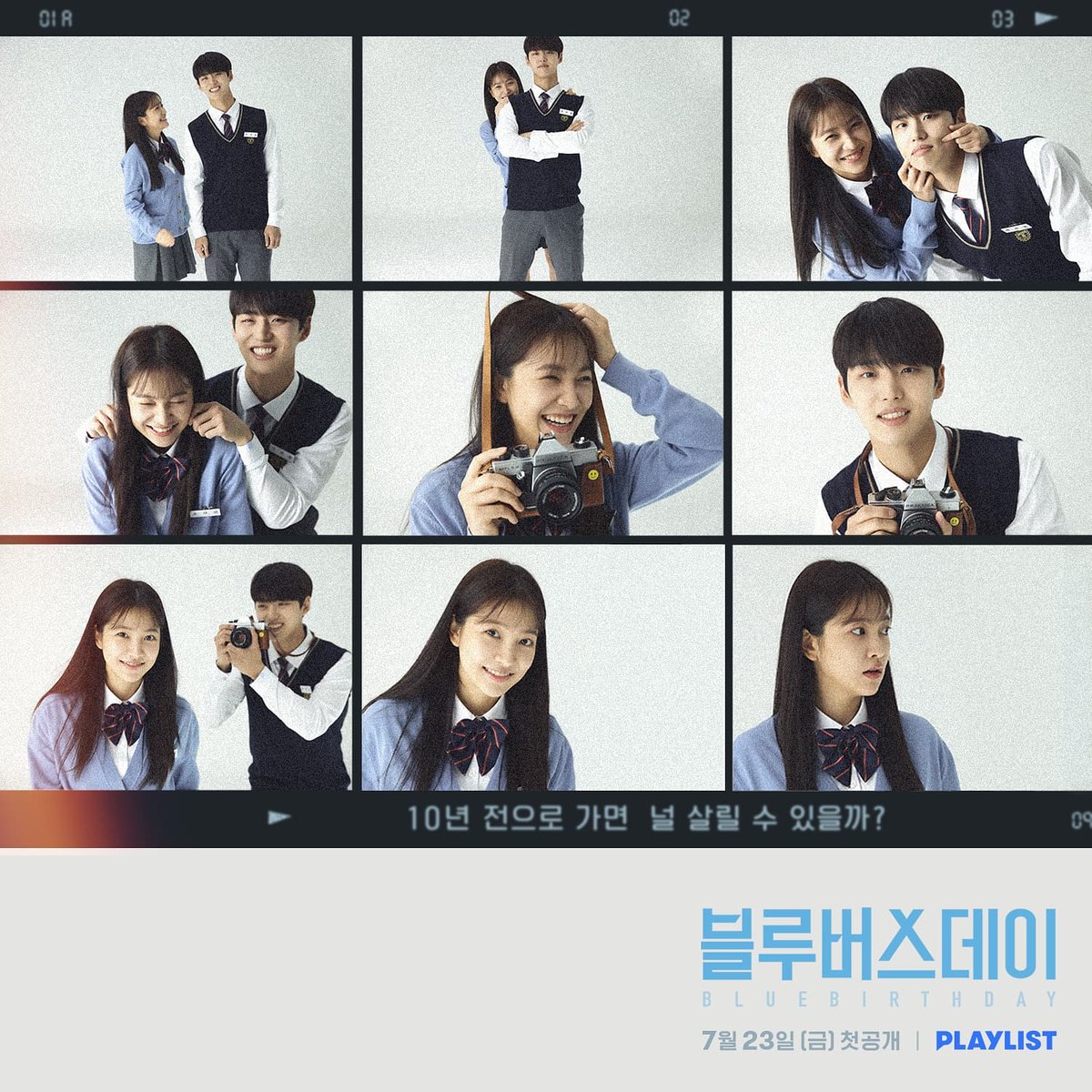