Song Ji Hyo talked about her dramatic transformation in the upcoming tving drama “The Witch’s Diner,” which also unveiled a special poster and a main trailer!

“The Witch’s Diner” is a dark fantasy drama about a witch restaurant that sells food that grants wishes in exchange for the customers’ souls. Song Ji Hyo stars as Hee Ra, the restaurant’s owner and witch, and Nam Ji Hyun and Chae Jong Hyeop co-star as her business partner Jin and part-time employee Gil Yong.

Song Ji Hyo said, “The original novel by writer Goo Sang Hee is well-known to the public, and when I heard that it was being made into a drama, I was curious as to how it would be made. When I first received the script, I was strongly attracted to the storyline. It was so interesting that I remember I read it all in a flash.”

She continued, “The witch Hee Ra is a character I’ve never tried before, but she has a powerful appeal. I was half-nervous, half-excited for the first filming. Like a witch, Hee Ra has a fascinating and intimidating external appearance. Her nails are long and her hair is unique and you can never tell what she’s thinking inside. But something about her also pulls people toward her even on a first impression.”

The actress shared how she prepared for the role, saying, “I tried to break free of the typical ideas that come to mind when people think about the word ‘witch.’ I discussed it a lot with the production staff and my stylist team. I used small but detailed accessories and long fingernails, red hair, and unusual fabric prints to give the instant impression of a witch. But she’s also someone who makes soul food, so I wanted her be more modern and realistic. I also tried color contact lenses for the first time.” 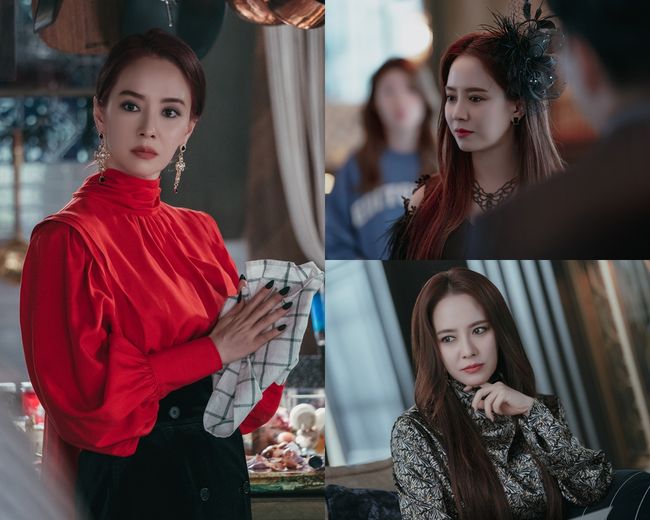 The special poster for “The Witch’s Diner” shows Song Ji Hyo, Nam Ji Hyun, and Chae Jong Hyeop as the owners and employee of the magical restaurant. No matter what kind of customer shows up, the staff are ready to serve them delicious food with a dangerous twist. The poster’s slogan reads, “You can wish for whatever you want, but you have to pay the price.” 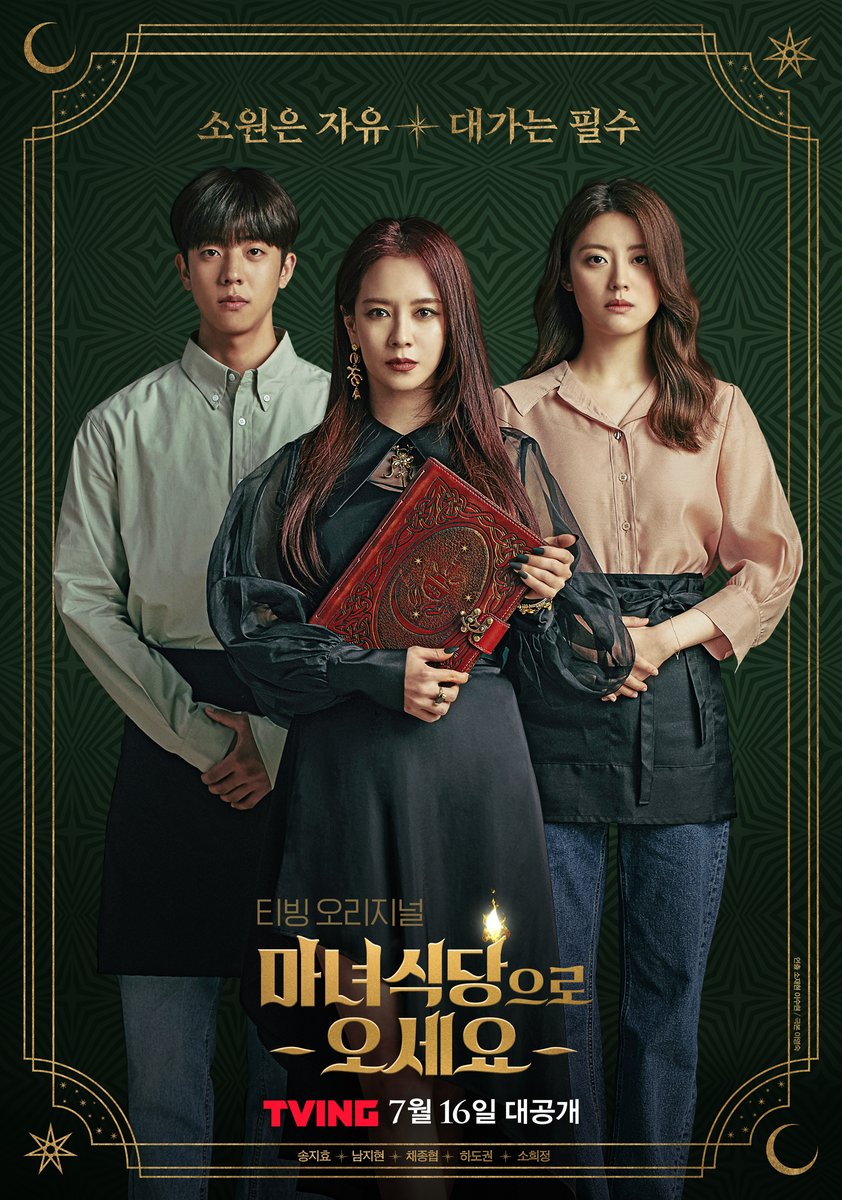 The main trailer opens with Song Ji Hyo narrating, “If you could predict everything in advance, if you could stop your thoughts and feelings at will, if you could control everything the way you wanted, would that be heaven or hell?” Next, the customers come to her in their anger and despair, sharing wishes like, “I want revenge,” “If I could just win the lottery,” “I want that person to come back,” “Why am I the only one with bad luck?”, and “Why am I the only person who can’t find their place in the world?” In response, she whispers, “I can grant your wish. But you need to pay the price. Because nothing comes for free.”

It’s revealed that Nam Ji Hyun’s wish for revenge has gone sour, as she screams, “I didn’t ask for someone to die!” But Song Ji Hyo grabs her by the throat and says, “You’re being a hypocrite.” There is also a glimpse of Song Ji Hyo’s character’s tragic past. Nam Ji Hyun warns Chae Jong Hyeop to stay away, but he says optimistically, “Isn’t it okay as long as you make a wish that will help others?”

At one point, Nam Ji Hyun asks Song Ji Hyo nervously, “Does this mean that I’m becoming a witch?” Song Ji Hyo tells her, “Being a witch isn’t something that someone can order you to become. It’s something that you choose.” Soon, death encircles the witch’s diner as the customers realize the terrible price of having their wishes come true. In the face of their rage, Song Ji Hyo says coldly, “I told you not to judge happiness so lightly.”

“The Witch’s Diner” premieres on tving on July 16 and will be available on Viki.