“Sinkhole” is a comedy disaster film starring Kim Sung Kyun as Park Dong Won, a man who has saved up for 11 years to buy his own house only to have it disappear down a sinkhole in less than a minute. Although it is set in a terrifying sinkhole that has opened up in the heart of the city, the movie is about the hopeful stories of survival of ordinary people.

Director Kim Jo Hoon said, “I planned ‘Sinkhole’ after thinking about the questions, ‘What if the floor suddenly gave out in the place you live?’ and ‘What kind of things might happen deep underground in a sinkhole?’ When I did the tower movie, I focused more on the computer graphics and scale of the disaster. This time, the movie was more lighthearted and fun. It’s a disaster movie that is easier for the audience to approach.”

He continued, “There is no single actor who is greater than the teamwork of a great cast. Emotions and acting come from interactions between people, and the ‘Sinkhole’ cast were good at developing their interactions and exchanges of emotions.” 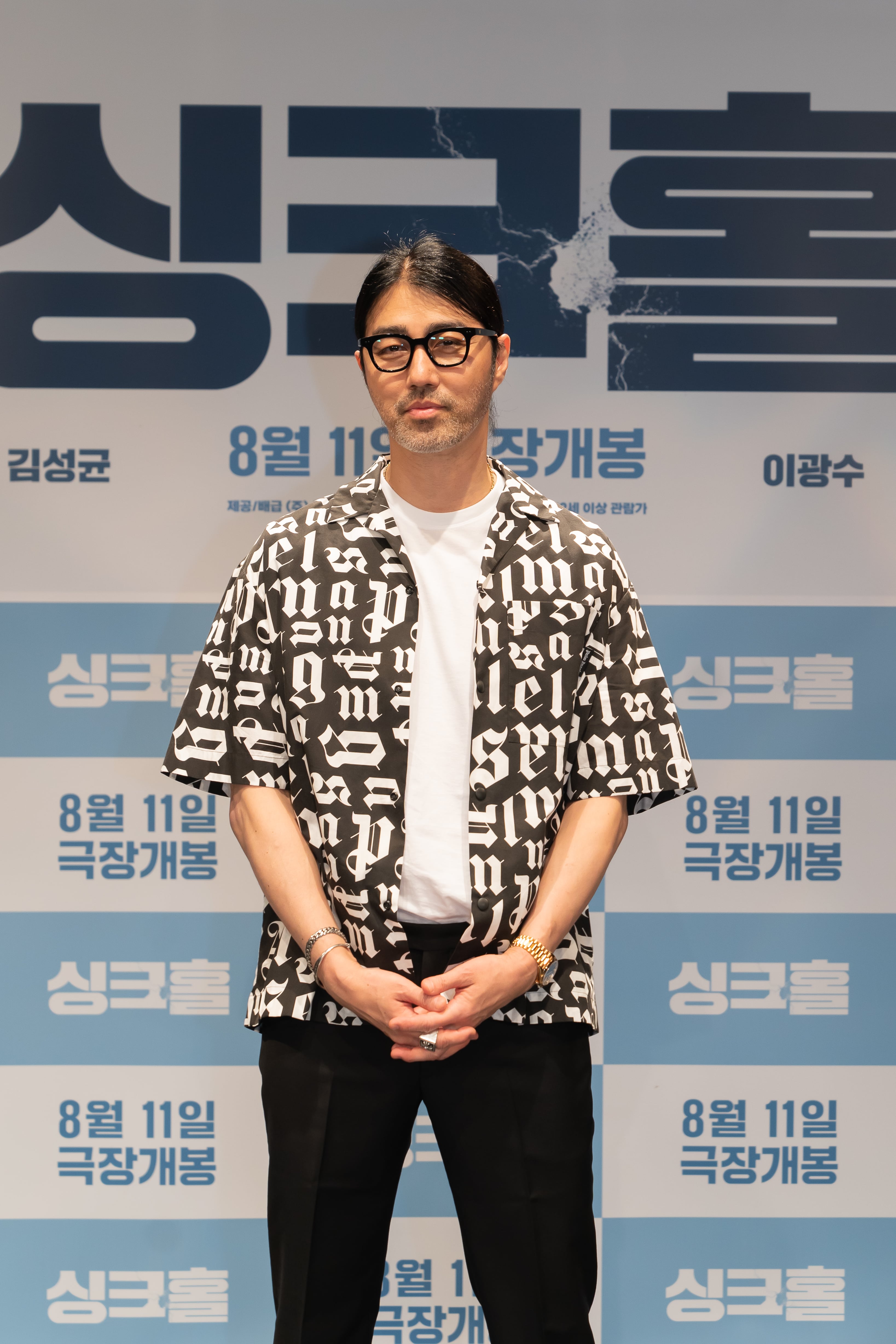 Cha Seung Won co-stars in the film as Jung Man Soo, Park Dong Won’s neighbor and a single father who works three jobs to make ends meet. He also has a special knack of inserting himself where he wasn’t invited. Cha Seung Won said, “There are a lot of computer graphics in disaster films, but considering the director’s last project, ‘Tower,’ there was no reason for me not to join the project. I think that there will be lot of cinematic fun for the viewers in seeing how characters fight to survive in a tragic situation.”

About his character, he said, “He works at a gym, a photography center, and also for a chauffeur service. Just like how he works three jobs, he’s not an easy character to pin down. He is a hardworking breadwinner, but he’s also a chatterbox. He’s got strong survival skills and will do whatever it takes if it’s for his precious son.” He added that the character was quite similar to himself. 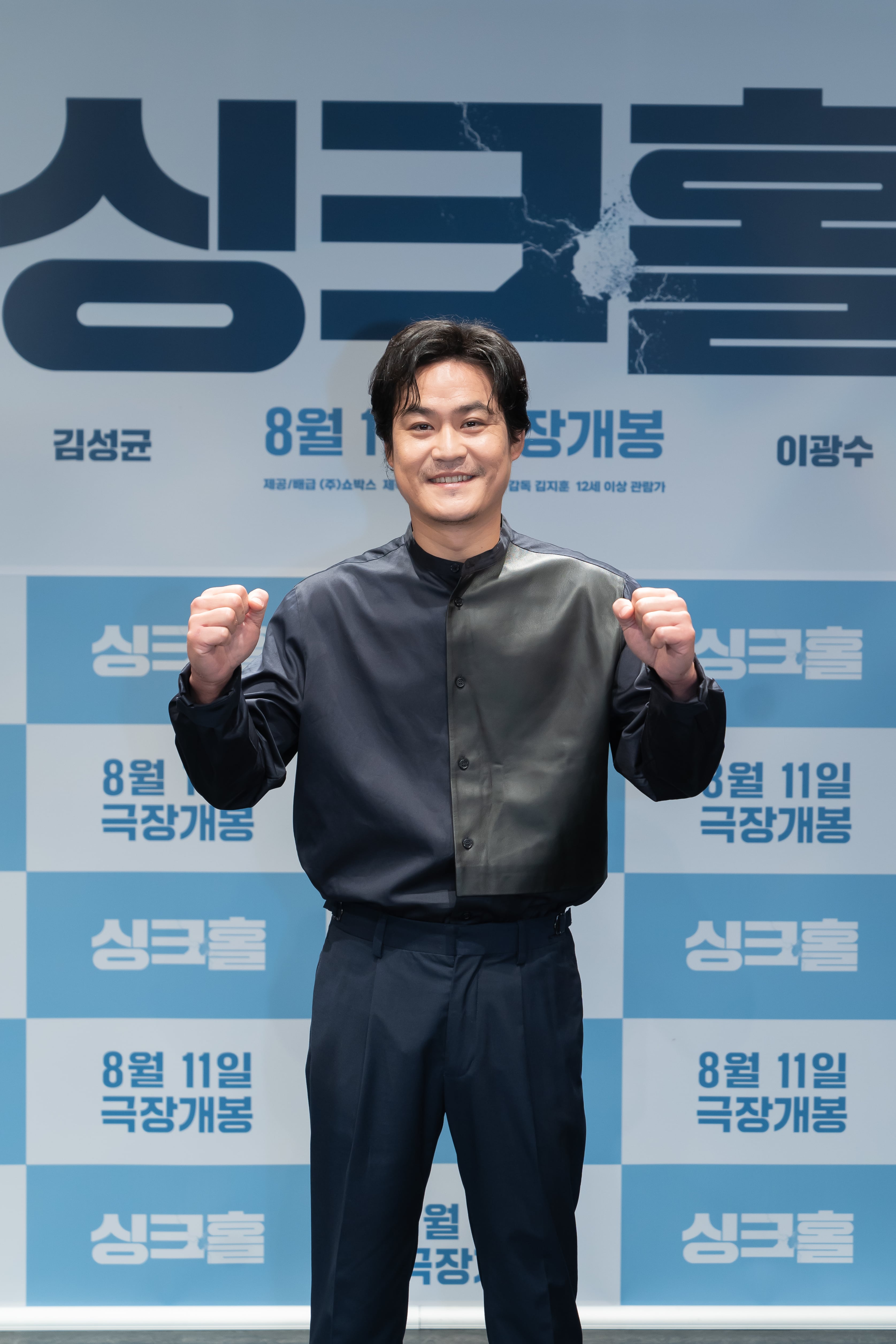 Kim Sung Kyun said, “I could empathize with that despair when the house you’ve waited 11 years for disappears in an instant and everything you’ve treasured inside that house is smashed to pieces. I was drawn to the irony of a man having to fight to escape a house that he’d worked so hard for so long to acquire.” 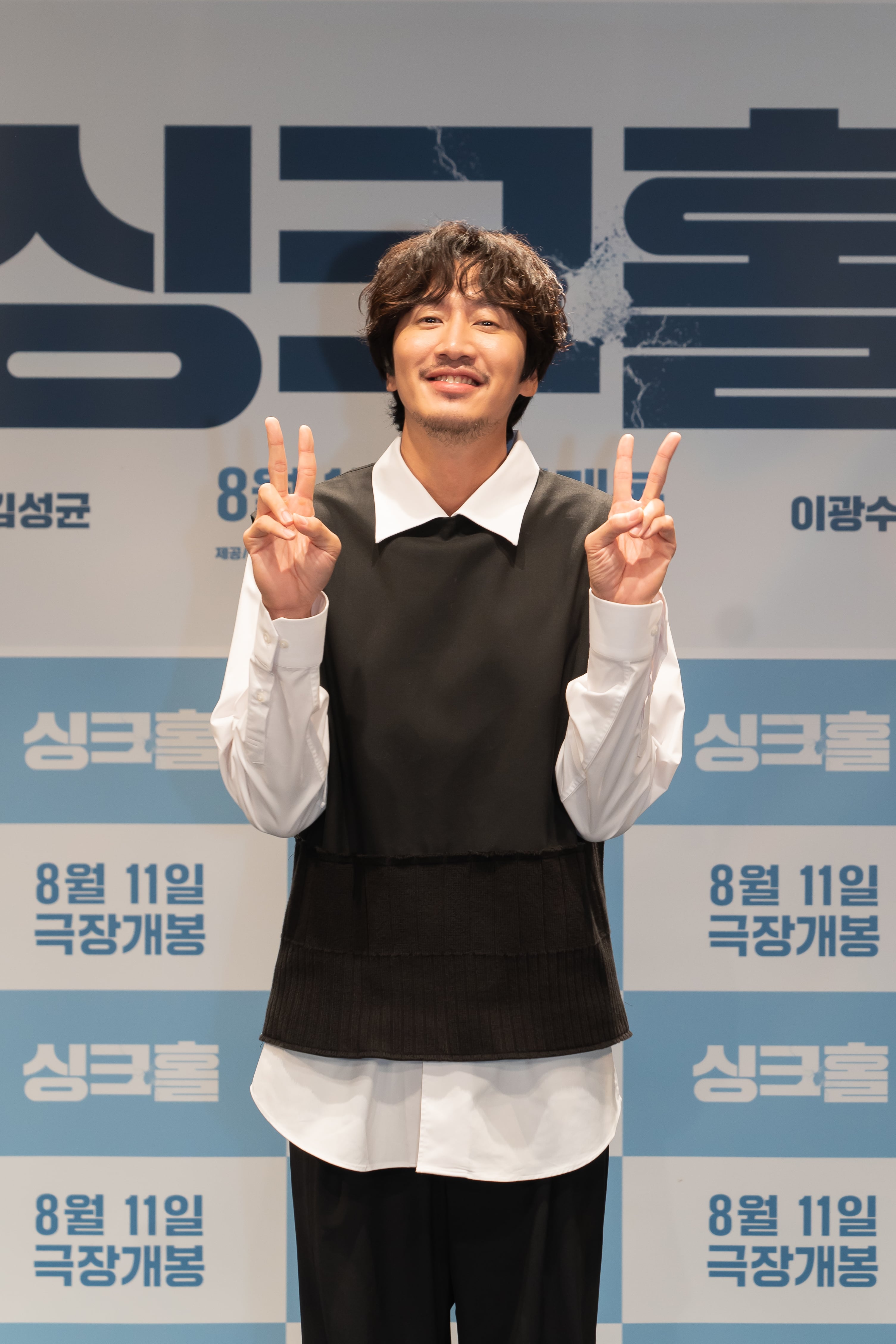 Lee Kwang Soo appears in the drama as Deputy Kim, one of Park Dong Won’s colleagues at work, who is at the housewarming party when disaster strikes. His character adds a comedic element as he alternates between desperation and a sense of injustice at the world. “I read the synopsis and asked the director if I could appear in the movie,” he said. “The concept of a sinkhole and people fighting to survive within it felt fresh to me.”

Director Kim Ji Hoon added, “Lee Kwang Soo’s casting was a blessing. He didn’t ever hold himself back and instead immersed himself deeply in the character.” 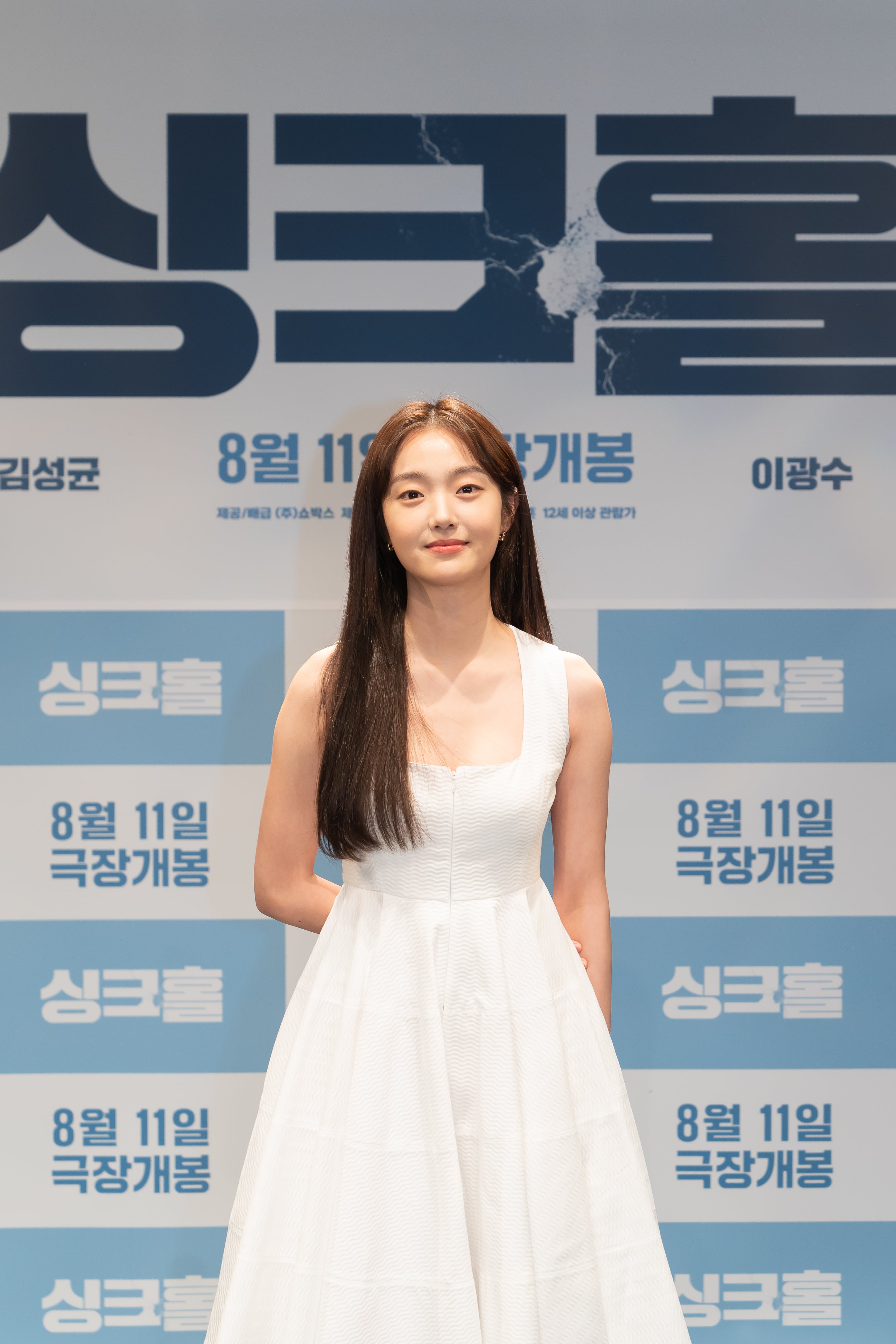 For “Sinkhole,” the production staff built a real physical set that included over 20 buildings. In the movie, Kim Hye Joon plays an intern named Eun Joo, who is also one of Park Dong Won’s colleagues. She said, “I had no idea that I was on set at first. When I learned that the entire city block we were on was a set, I was really shocked.” The director explained, “No matter how good the CGI is, I think that the physical space is a basic foundation for actors.”

“Sinkhole” premieres on August 11. Check out a trailer here!