Designed like a page of a yearbook or graduation album, the teaser poster focuses on the “campus” aspect of “Police University.” However, the pages are also stained with blood, fingerprints, and footprints, indicating an incident will take place that will necessitate a student-and-professor collaborative investigation. 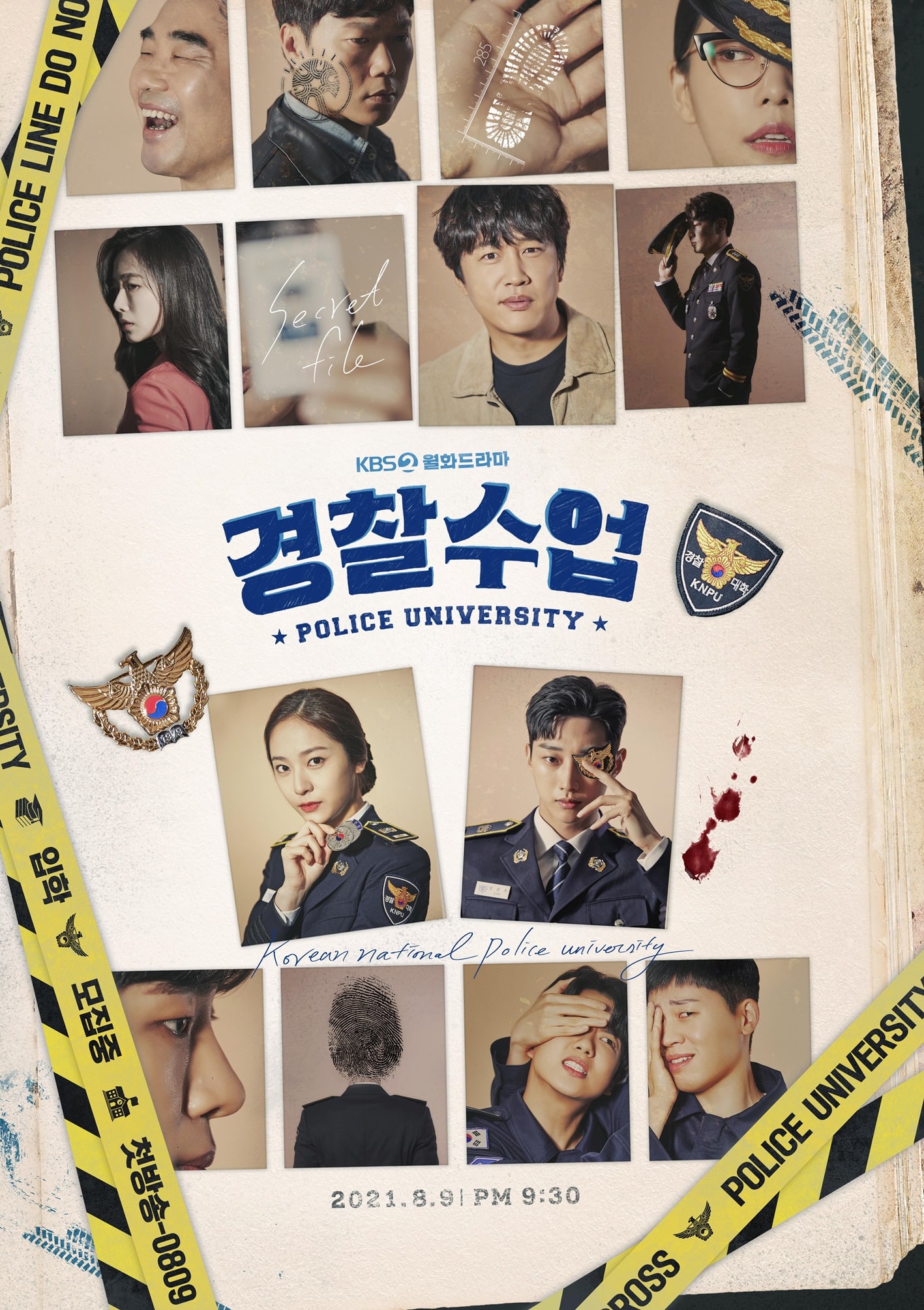 Cha Tae Hyun’s character, Yoo Dong Man, looks relaxed in the face of a crisis, showing his experience as a veteran detective. Jinyoung’s character, Kang Sun Ho, and Krystal’s character, Oh Kang Hee, both look determined to solve the case and fight for justice, directing their sharp gazes at the camera.