New stills have been revealed for the next episode of “Monthly Magazine Home”!

Previously, Na Young Won’s home had to undergo construction, so Yoo Ja Sung invited her to stay at his place as she had nowhere else to go. Episode 6 ended with the two appearing shocked when they woke up in the same bed.

The stills for episode 7 show Young Won and Ja Sung after this unexpected incident. They are both confused by the situation, with Young Won still in a daze and Ja Sung appearing horrified. The images draw curiosity for how this situation came about. 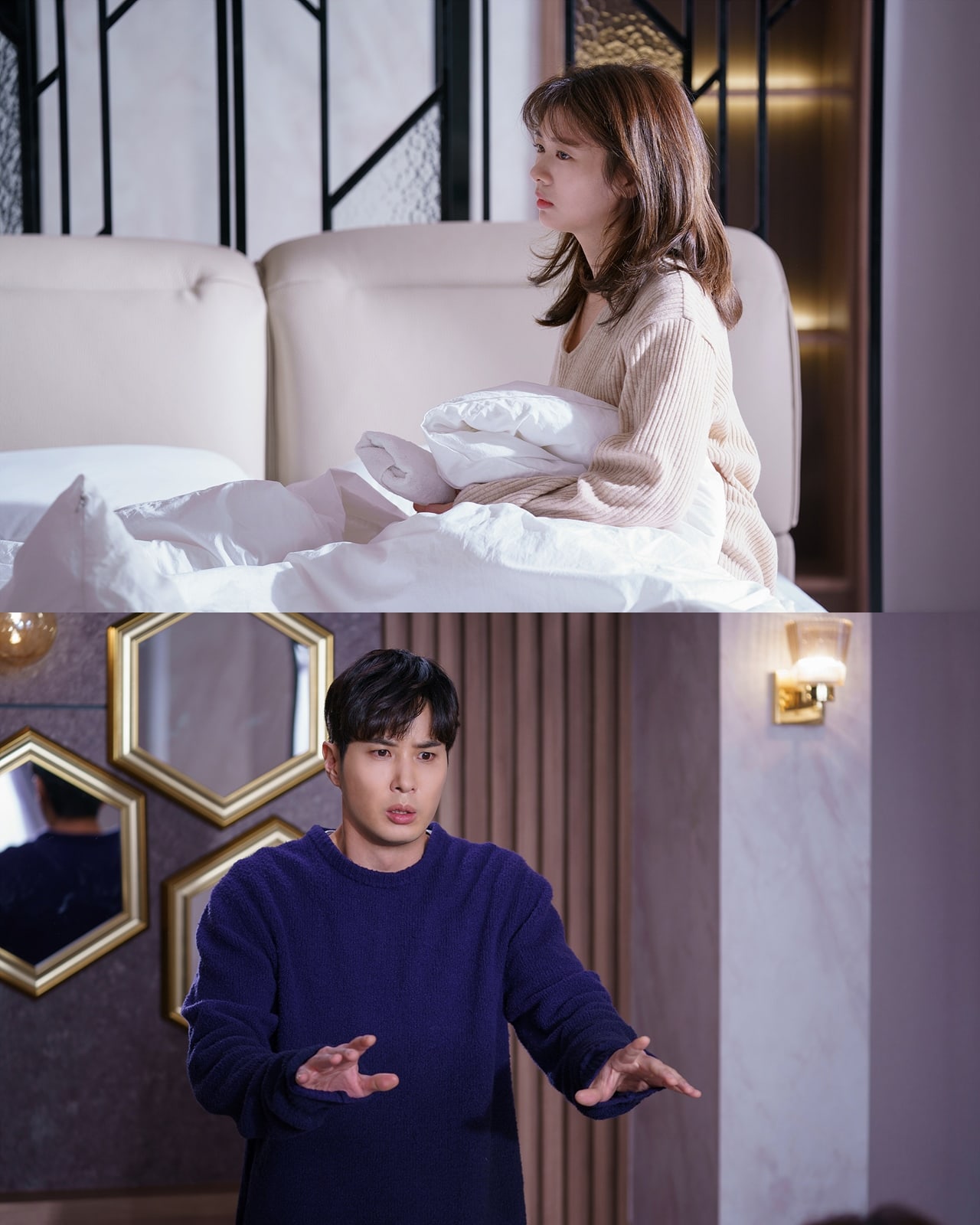 The production team commented, “Please look forward to the blossoming romance of [Young Won and Ja Sung] who are even more lovable because they haven’t realized their feelings yet.”

Begin watching the drama on Viki: