While all members of Girls’ Generation have dabbled in acting by taking on cameo roles early in their careers, it’s the four youngest members who’ve gone full actor-mode and dived right into exciting project after exciting project. These past few months, especially, we were treated to one after the other of GG-led dramas. And they’ve tackled various genres too, so whether you’re a SONE or the average K-drama lover, there’s bound to be something to interest you.

So here are some dramas from the four actor-GGs that will keep you glued to your screens all night: 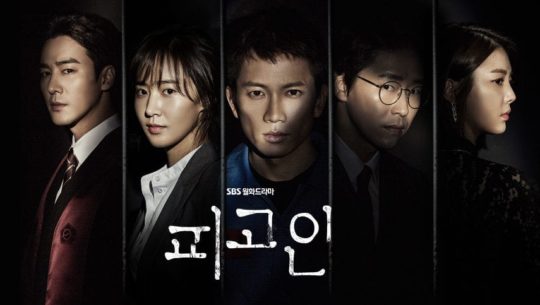 “Defendant” is a must-watch for anyone who enjoys the revenge/thriller genre, or really, anyone who enjoys good TV. A lot of the drama’s brilliance comes from its two amazing leading men, Ji Sung and Uhm Ki Joon, but Yuri, who plays a defense lawyer, manages to hold her own against these two powerhouses. She’s the grounded force in this fast-paced thriller that goes from breaking out of jail to hunting down a murderer, and you could tell from her performance here that she was bound to dazzle us with more great projects to come. 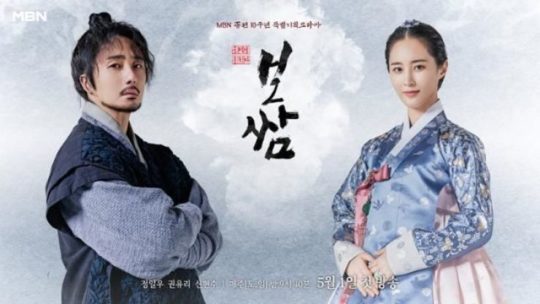 Yuri tackles a historical drama in “Bossam: Steal the Fate,” and by the looks of how well it did in ratings, it was one that was enjoyed by aplenty. (The drama achieved the highest viewership ratings of any drama in MBN history). The premise of the show is about bossam, a customary practice in the Joseon era where widows were wrapped in blankets and “kidnapped” to be married off to the man who arranged for the kidnapping. Things, however, take an unexpected turn when Ba Woo (Jung Il Woo) accidentally kidnaps Princess Soo Kyung (Yuri), the widowed daughter of King Gwanghae. If you’re looking for a great ensemble cast, an intriguing storyline that sets it apart from other sageuks, and a slow-burn romance, then you should definitely check this out! 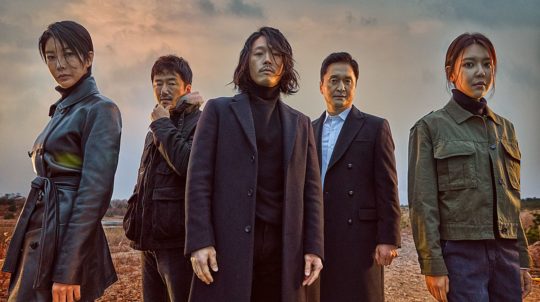 This OCN drama is a suspense thriller about three individuals on a hunt for a serial killer. The three includes Oh Hyun Jae (Jang Hyuk), a genius profiler who’s an eccentric recluse, Cha Soo Young (Sooyoung) as a rookie detective with a photographic memory, and Hwang Ha Young (Jin Seo Yeon) as the charismatic leader of the Provincial Special Detective Division.

Sooyoung absolutely holds her own as the third leg of this charismatic trio. As a plus, the female characters in this drama are written with so many layers, it’s just a great watch through and through.

Start watching “Tell Me What You Saw”: 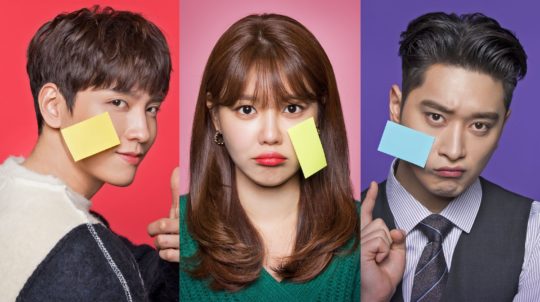 This web drama is based on a manhwa which has also been adapted into a Chinese film (coincidentally starring Sooyoung’s labelmate, EXO’s Chanyeol). Sooyoung plays a reporter who’s also the No. 1 anti-fan to Choi Tae Joon‘s world-famous idol. The two are approached to film a reality show together, where they slowly get to resolve their misunderstandings and break down the walls they’ve built up. It can be a little clichéd at times, but it’s a very entertaining, easy-to-digest rom-com, with great chemistry between the bickering couple. You’ll easily be swept up in the fun of it all that you’ll forget any worries you may have.

Start watching “So I Married the Anti-Fan”: 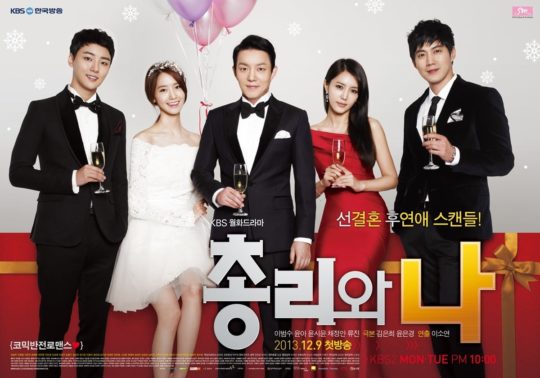 In this rom-com, Im Yoona plays an avid reporter who doggedly follows Korea’s youngest Prime Minister around, hoping to score the next big scoop. However, they soon find themselves accidentally embroiled in a scandal, which would undoubtedly be a major hit on the Prime Minister’s political career. So the only thing that’s left for them to do is… to enter into a contract marriage.

YoonA’s bubbly personality really translates well into the character of Nam Da Jung, and this light-hearted rom-com is always perfect for a breezy, relaxing watch.

Start watching “Prime Minister and I”: 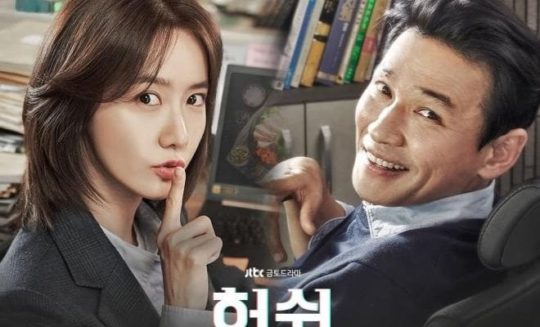 In a bit of a coinky-dink, YoonA again plays a reporter in this new(er) drama of hers, “Hush.” This time, she teams up with the one and only Hwang Jung Min, who makes his long awaited small-screen comeback after eight years. In this drama, Hwang Jung Min plays a journalist who started out as a staunch protector of justice, but became disillusioned somewhere along the way. Now, he becomes the mentor to the passionate but pragmatic intern, Lee Ji Soo (YoonA). This is a drama that doesn’t romanticize the bullpen or the average office worker, but it’s that very rawness that’ll makes it all the more genuine and thought-provoking. 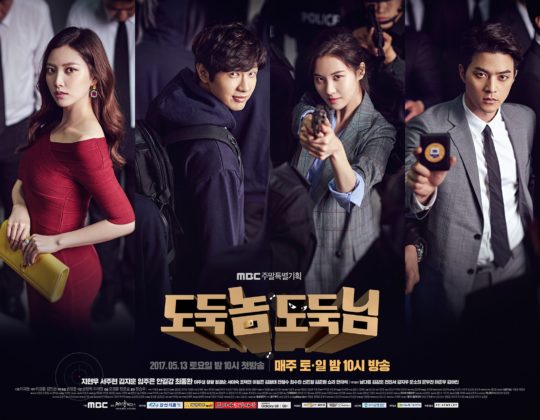 This drama is slightly longer than your average K-drama, coming in at 50 episodes. But if you’re a fan of our maknae Seohyun, then you should definitely watch this as she absolutely shines in this role. In fact, she did so well she was even awarded the Best New Actress Award at the 2017 MBC Drama Awards.

This is a story about the descendants of Korean activists who played important roles in the country’s history. Seohyun plays Kang So Joo, a cop-turned-investigator who is trying to navigate through very muddy, corrupted waters. She’s intelligent, steadfast in her beliefs, and knows how to dish out the pain! 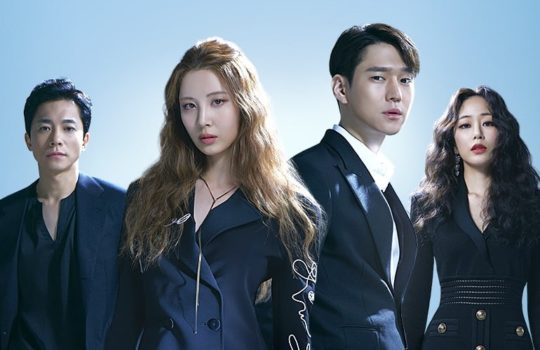 In “Private Lives,” our by-the-book maknae, who always reminds her members to put on their seatbelts, tackles a character very different from her image. Here, she plays the role of a con artist who even comes from a family of con artists. One day, she meets Lee Jeong Hwan (Go Kyung Pyo), a man who runs a detective agency, and whom she nearly marries despite barely knowing him. (Emphasis on the “nearly,” but I won’t spoil the details for you.)

Despite their stellar chemistry, this drama is much, much more than just a love story. There’s so much action and plotlines woven throughout, you’ll find yourself easily lost in storyline.

Which other GG-led dramas have you enjoyed? And which member are you hoping will make the jump into acting next? Let us know in the comments below!

Belinda_C is amazed by how much they’ve all grown acting-wise! To bigger and better projects!

Girls' Generation
Soompi Spotlight
Prime Minister and I
Seohyun
Sooyoung
YoonA
Yuri
Hush
Defendant
Bad Thief Good Thief
Tell Me What You Saw
Private Lives
So I Married the Anti-Fan
Bossam: Steal the Fate
How does this article make you feel?