Upcoming film “Sinkhole” has shared an exciting new set of posters ahead of its premiere!

Kim Sung Kyun will star as Park Dong Won, an ordinary man who finally buys a house after saving up for 11 years—only to have it collapse into a sinkhole as soon as he moves in.

His poster captures the unlucky Park Dong Won on the floor of his destroyed home, looking up with a determined expression, as the caption amusingly reads, “I can’t die, I’ve suffered too much for it to all go to waste.” 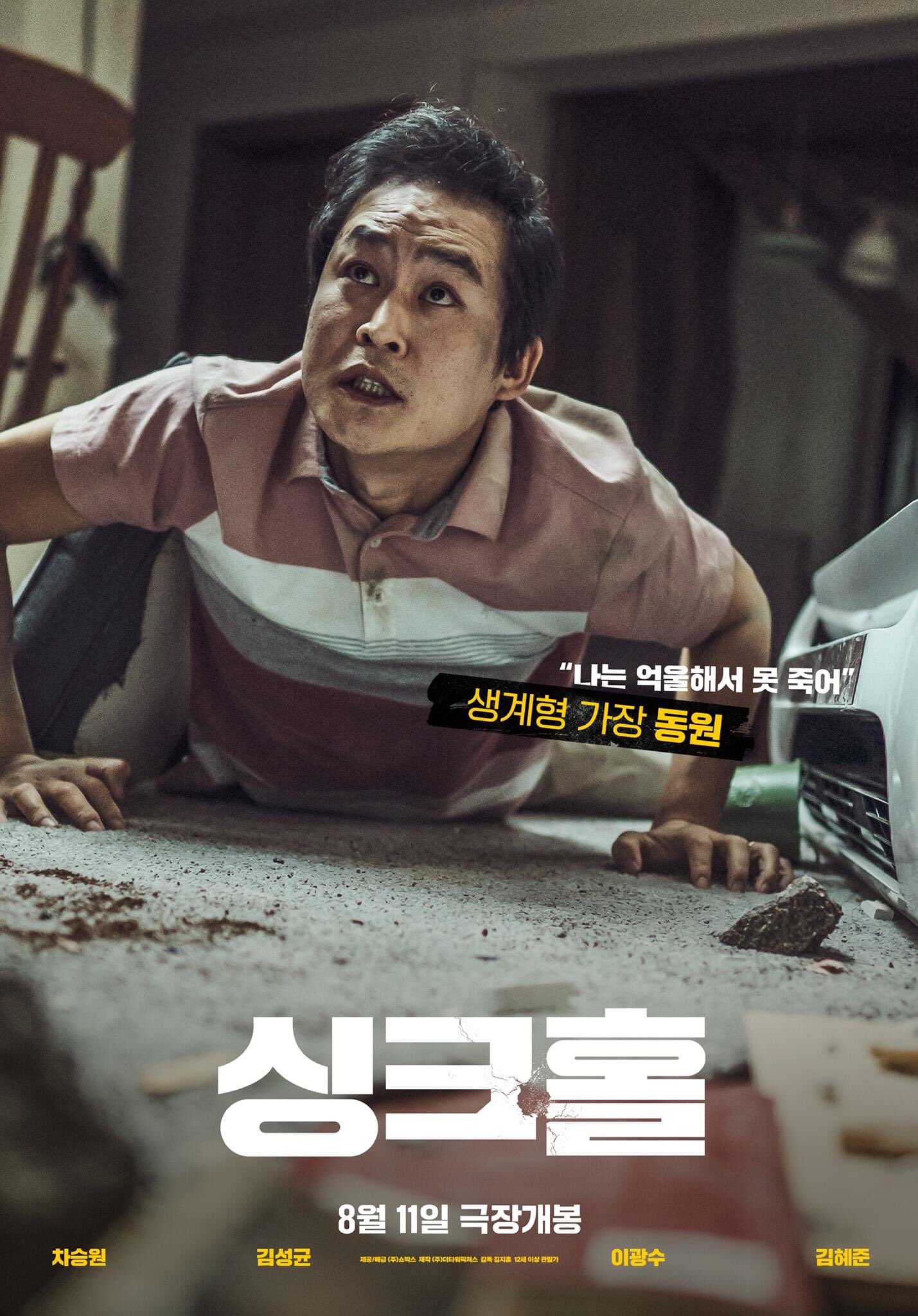 Meanwhile, Lee Kwang Soo will star as Deputy Kim, a junior colleague of Park Dong Won who was visiting him for a housewarming party when disaster suddenly struck.

His poster features the office worker frantically attempting to escape the sinkhole, with the caption reading, “Never in my wildest dreams could I have imagined that I would die at my boss’s place.” 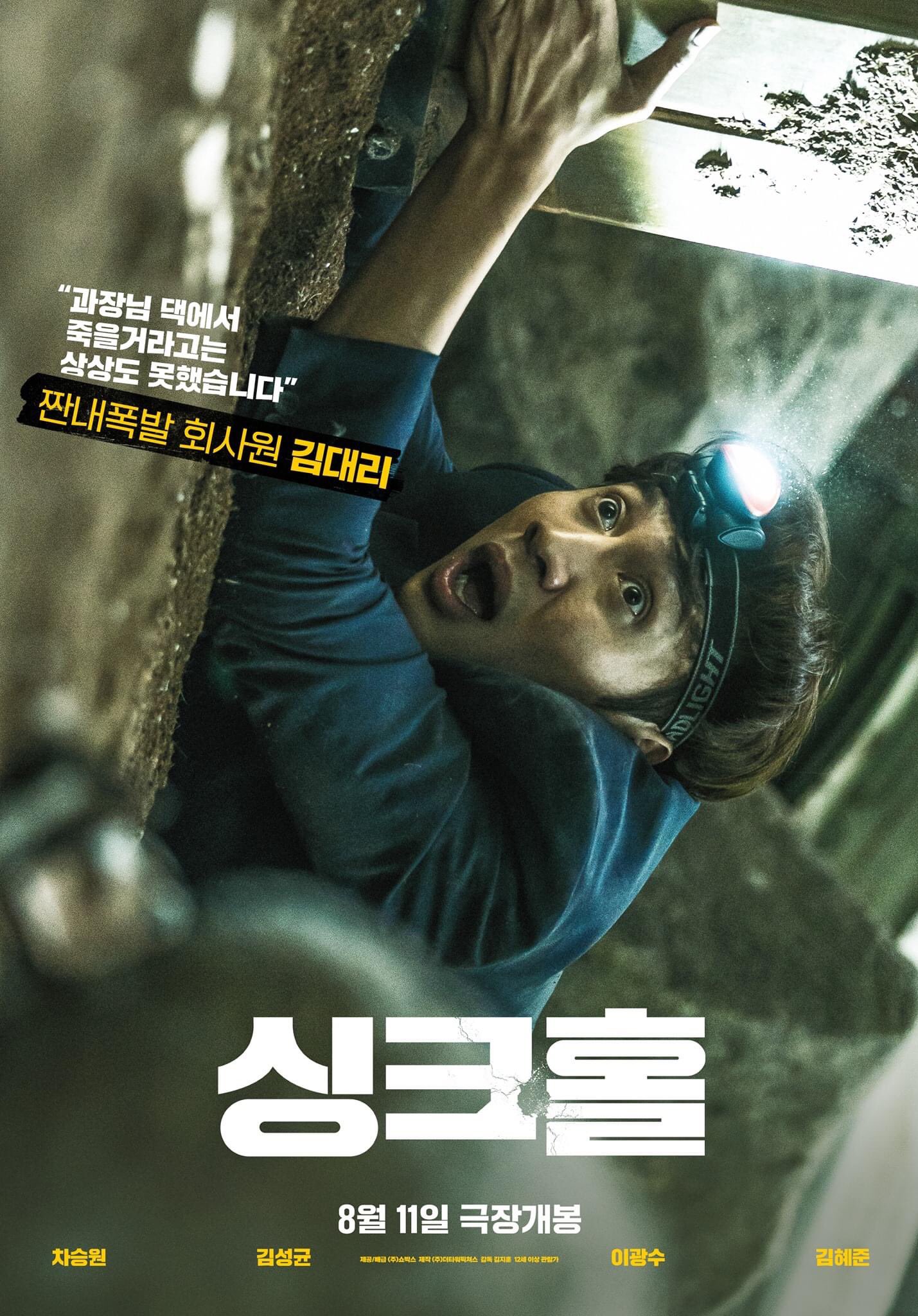 Cha Seung Won will star in the film as Jung Man Soo, a nosy neighbor with strong survival instincts. Valiantly trying to climb out of the sinkhole, he declares in his poster, “Let’s go, let’s try to climb up!” 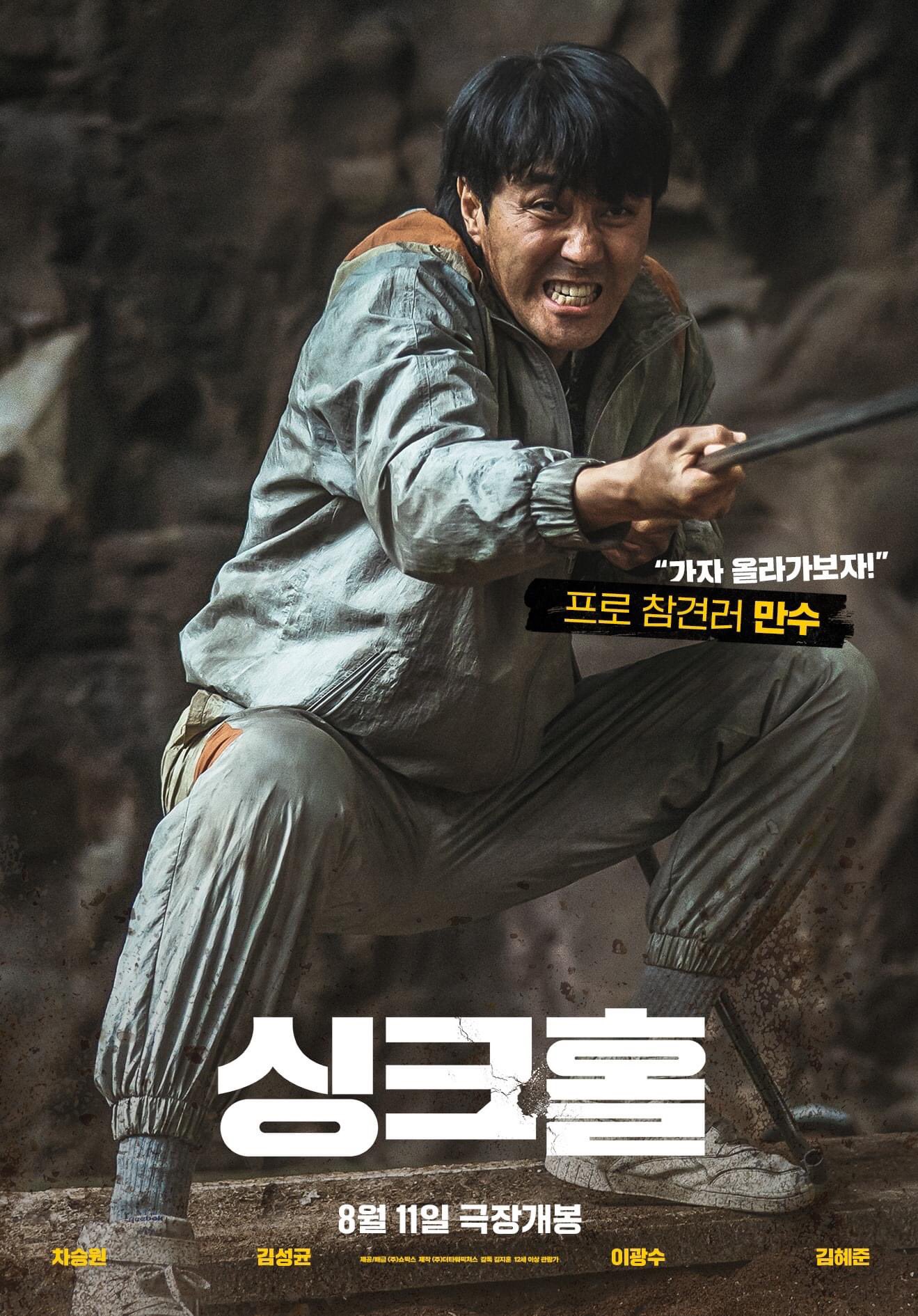 Finally, Kim Hye Joon will play the role of intern Eun Joo, who was also visiting her co-worker Park Dong Won together with Deputy Kim.

Her poster shows Eun Joo looking frightened by something on the climb up as Deputy Kim follows below her. However, the caption emphasizes her positive attitude, reading, “I can do anything!” 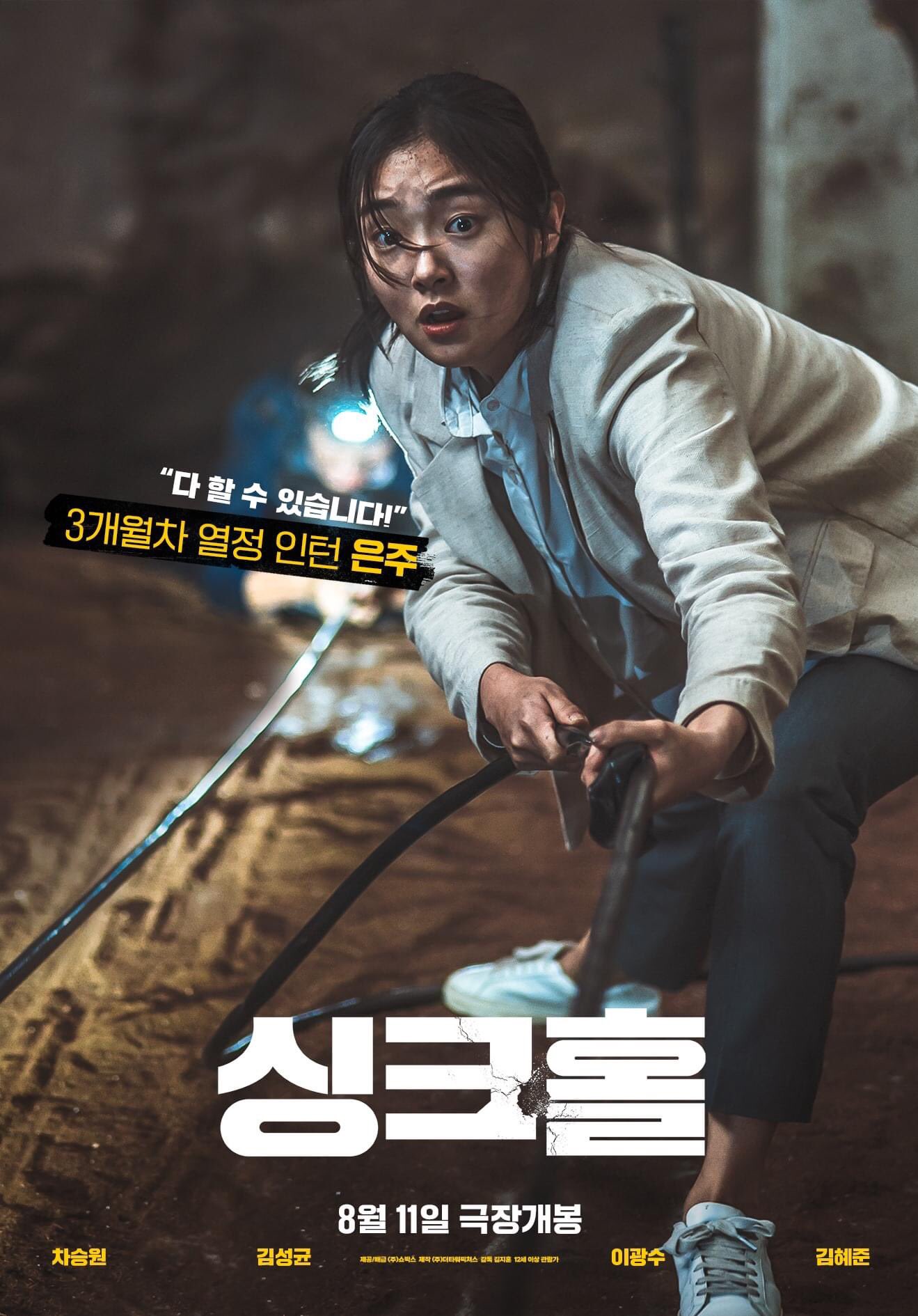 “Sinkhole” will premiere on August 11. Check out a teaser for the film here!

In the meantime, watch Lee Kwang Soo in his film “Tazza: One Eyed Jack” with subtitles below: