Based on a novel by Goo Sang Hee, “The Witch’s Diner” is a dark fantasy drama about a witch restaurant that sells food that grants wishes in exchange for the customers’ souls. Song Ji Hyo stars as Hee Ra, the restaurant’s owner and witch, and Nam Ji Hyun stars as her business partner Jin. Chae Jong Hyeop plays Gil Yong, who is the restaurant’s part-time employee.

Director So Jae Hyun said, “‘The Witch’s Diner’ is based on a dark fantasy concept. It’s like a gift set that contains romance, horror, and human stories. I joined the project because I loved the novel and the script. I wanted to show this story to the world.” 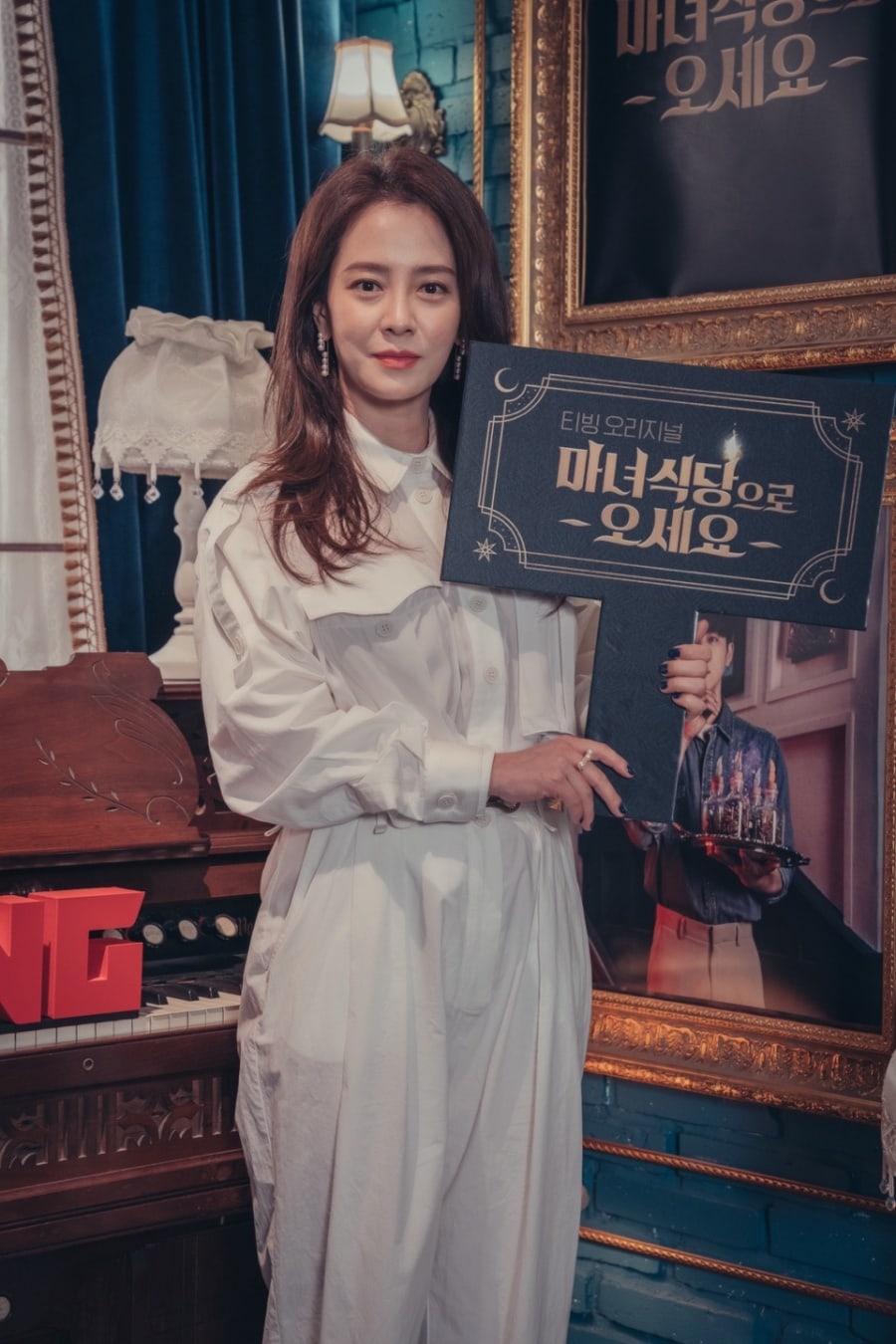 Song Ji Hyo said, “I wanted to do a drama that was an adaptation of an original. I was attracted to the idea of doing a fantasy project, and I had a thirst for playing a character-driven role. When I read the script, I thought that I had to do it.” She added, “It would be exaggerating to say that I wanted to make a big transformation, but I did want to take on a challenge. I wanted to test how far I could change.” 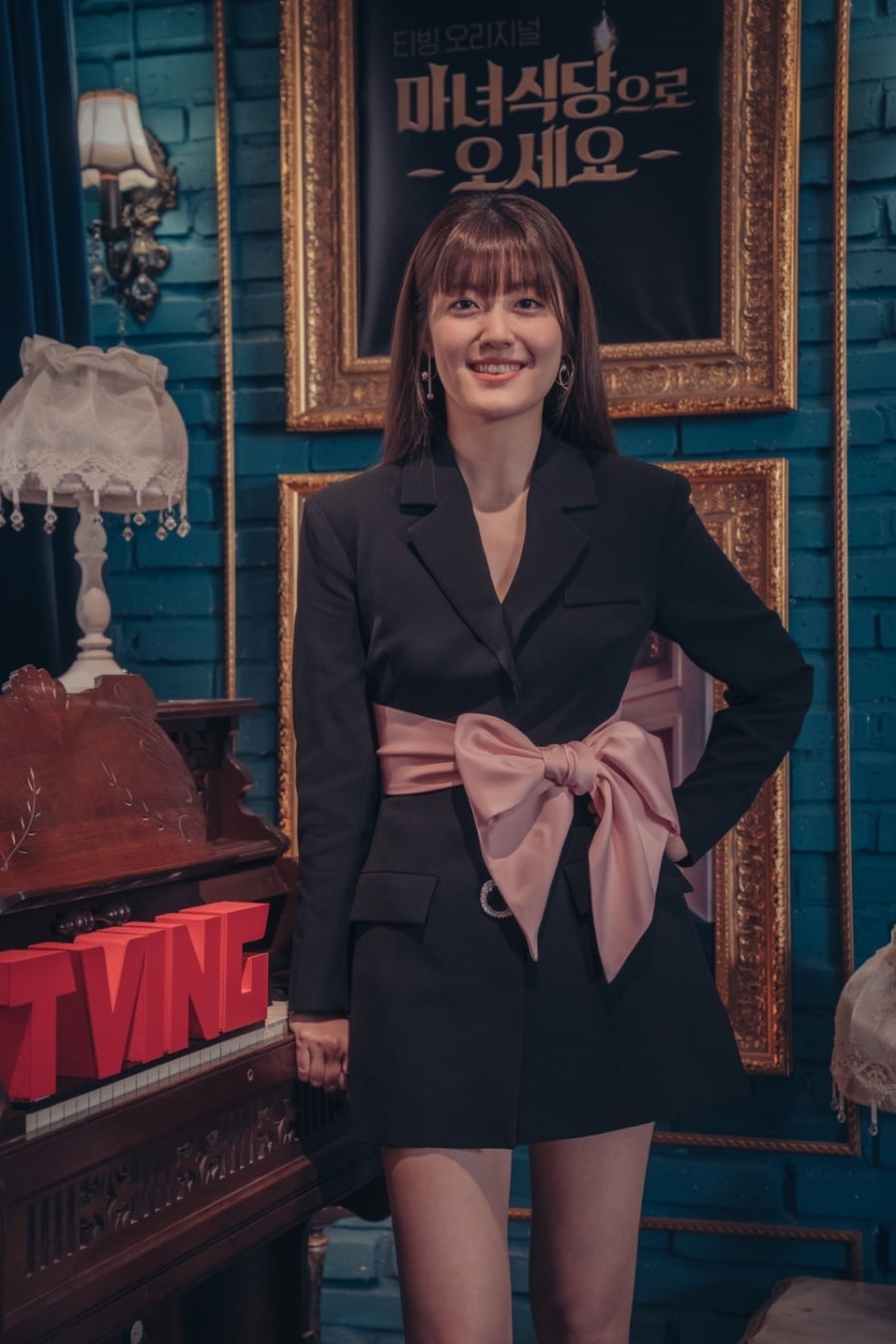 Nam Ji Hyun said, “My character, Jin, is someone who has a full spectrum of emotions and can treat people with warmth.” Asked about her career spanning multiple genres so far, she said modestly, “I think that they all turned out well because I had fun with the people I was working with.”

Chae Jong Hyeop said, “People say that I’m a rookie actor getting attention for my first lead role, but I don’t think of myself as a leading man. I went to set with the mindset of being someone who plays Lee Gil Yong. I think that other people felt more pressure about their roles than I did.”

He added, “Lee Gil Yong isn’t the type of person who puts everything out there. He holds a lot of things inside and doesn’t have anyone to talk to. He’s the type to try and overcome things alone. That was pretty tough. The directors helped make me comfortable, so I was able to do it.” 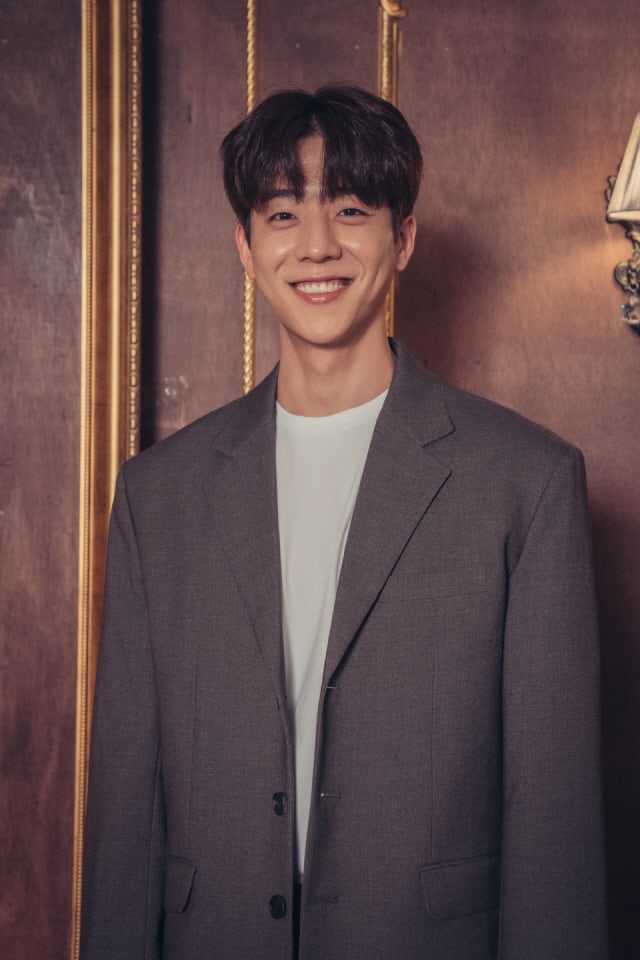 He added, “I met Nam Ji Hyun while working on the movie ‘The Map Against the World,’ and I met Chae Jong Hyeop on the drama ‘Stove League,’ which received a lot of love. I became close with Song Ji Hyo after going on ‘Running Man‘ often.”

The drama is in the dark fantasy genre and the initial concept has drawn comparisons to the drama “Hotel Del Luna.” Director So Jae Hyun said, “It would be embarrassing to call it a blockbuster. Personally, I really like ‘Hotel Del Luna.’ But we tried to make the fantasy elements different from that drama. Rather than focusing on the divide between this world and the afterlife, our drama is character-driven. We also wanted to make it look visually appealing.”

Director Lee Soo Hyun said, “We tried not to mess with the theme and message of the original novel. There are additional characters and things because it’s different to show these things on video and we tried to make things not look too simple.” 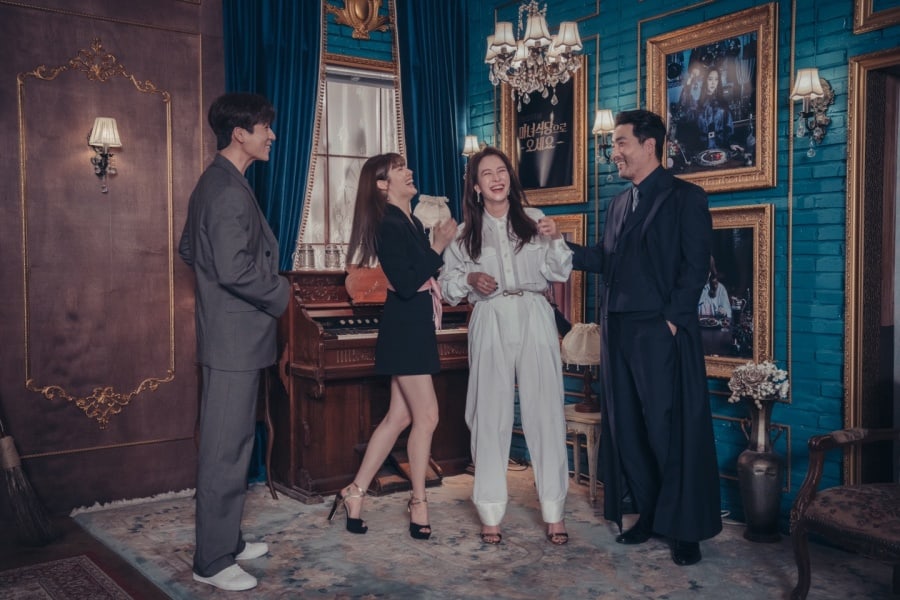 “The Witch’s Diner” premieres on July 16 at 4 p.m. KST and will be available on Viki.