In new stills for the upcoming episode, Yoo Na Bi (Han So Hee) exchanges a sweet moment with “potato boy” Yang Do Hyuk (Chae Jong Hyeop). The two are alone at a small restaurant in the middle of the night, and even though Yang Do Hyuk appears to be working there, the moment is more like a date than a customer-employee relationship. He prepares a small surprise for her with a small cake and a candle. 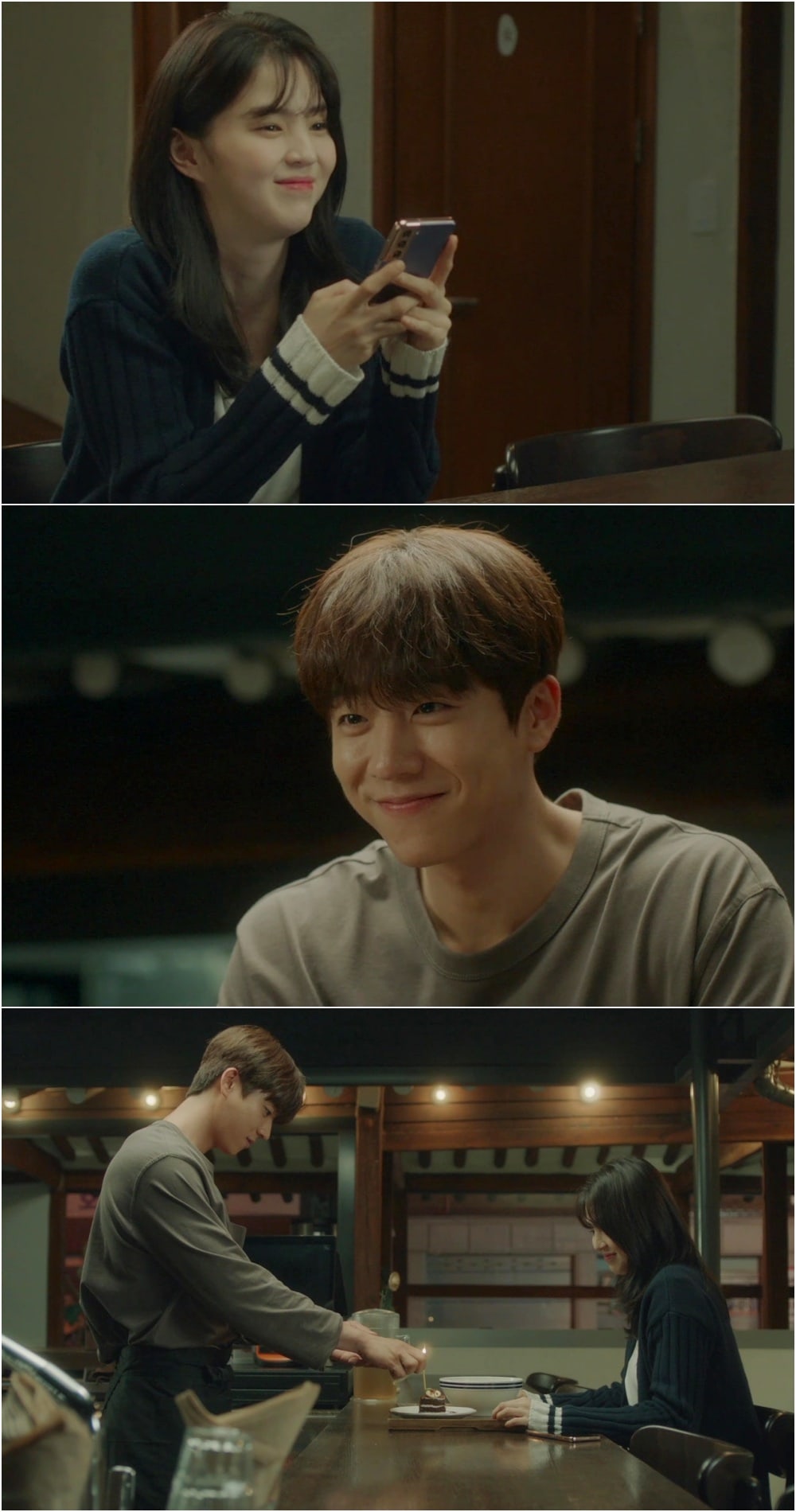 Viewers are speculating that Yang Do Hyuk will add another element of tension to the dating game that Yoo Na Bi and Park Jae Uhn (Song Kang) are playing, in addition to Park Jae Uhn’s ex-girlfriend, Yoon Seol Ah (Lee Yul Eum). Innocent and shy, Yang Do Hyuk is a complete opposite to the smooth-talking, flirtatious Park Jae Uhn.

The production staff of “Nevertheless” shared, “Yoo Na Bi and Park Jae Uhn have gotten much closer, but they don’t quite share the exact same feelings yet. Yang Do Hyuk, as the ‘innocent’ one, will have a different meaning for Yoo Na Bi than Park Jae Uhn.”