“The Great Shaman Ga Doo Shim” is a fantasy romance starring Kim Sae Ron as the 18-year-old Ga Doo Shim, who was born with the unwanted fate of becoming a shaman, and Nam Da Reum as the golden boy Na Woo Soo, who gains the unwanted ability to see evil spirits after meeting Ga Doo Shim.

In the new stills, Ga Doo Shim seems like an ordinary high school student on the outside, but she is the daughter of a family with three generations of shamans. Unlike her grandmother and mother, who accepted their fate of becoming shamans, Ga Doo Shim resists her fate and wants to continue living the life of an ordinary 18-year-old girl. Remembering her grandmother’s words that she could live whatever life she wanted after turning 18, she resolves to forge her own destiny.

Although Ga Doo Shim wears the school uniform and cuts her hair short, she has a cold and charismatic aura that sets her apart from her fellow classmates. The aura in her house, which is full of the tools of the shaman trade, is also very different from what you’d expect to find in her classmates’ homes. 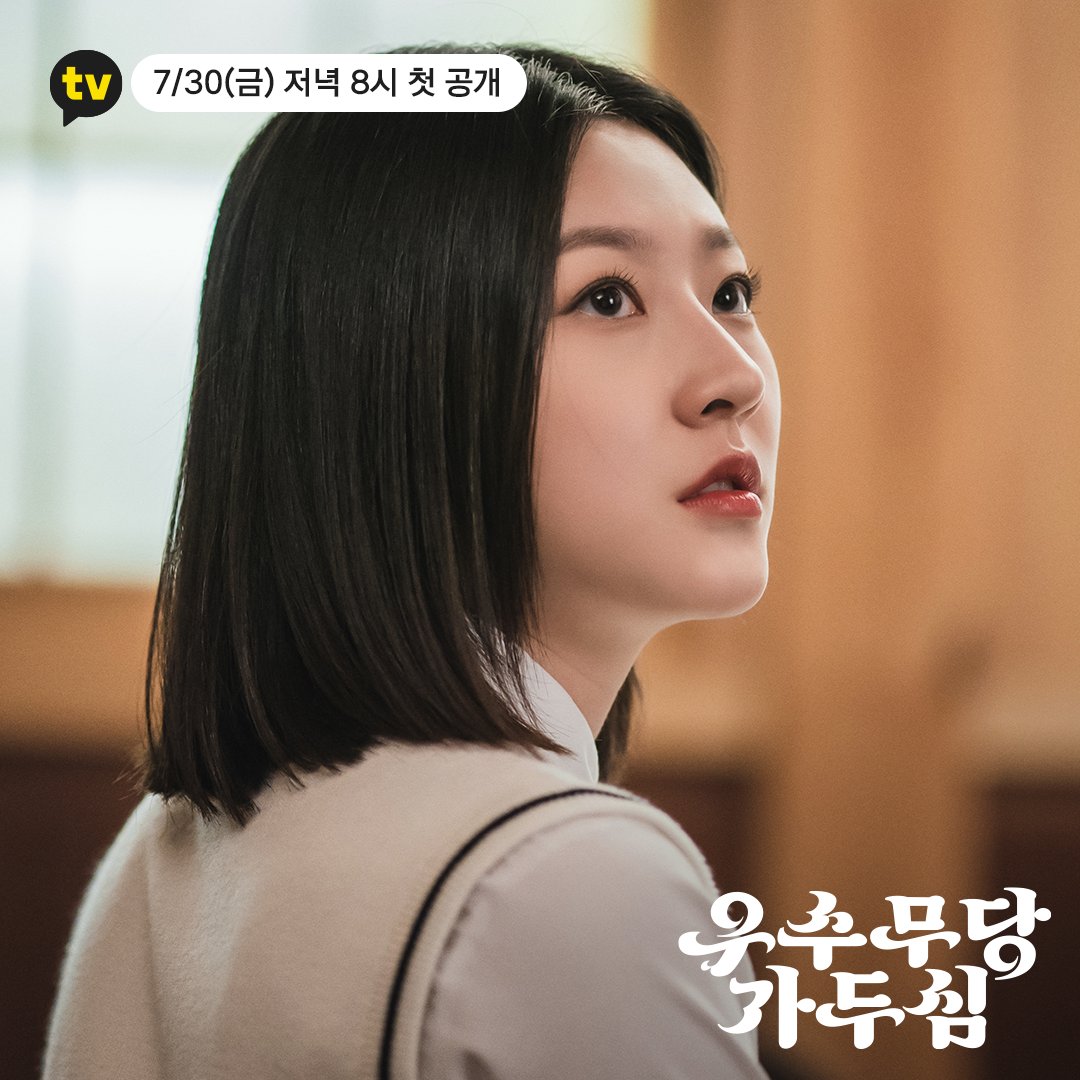 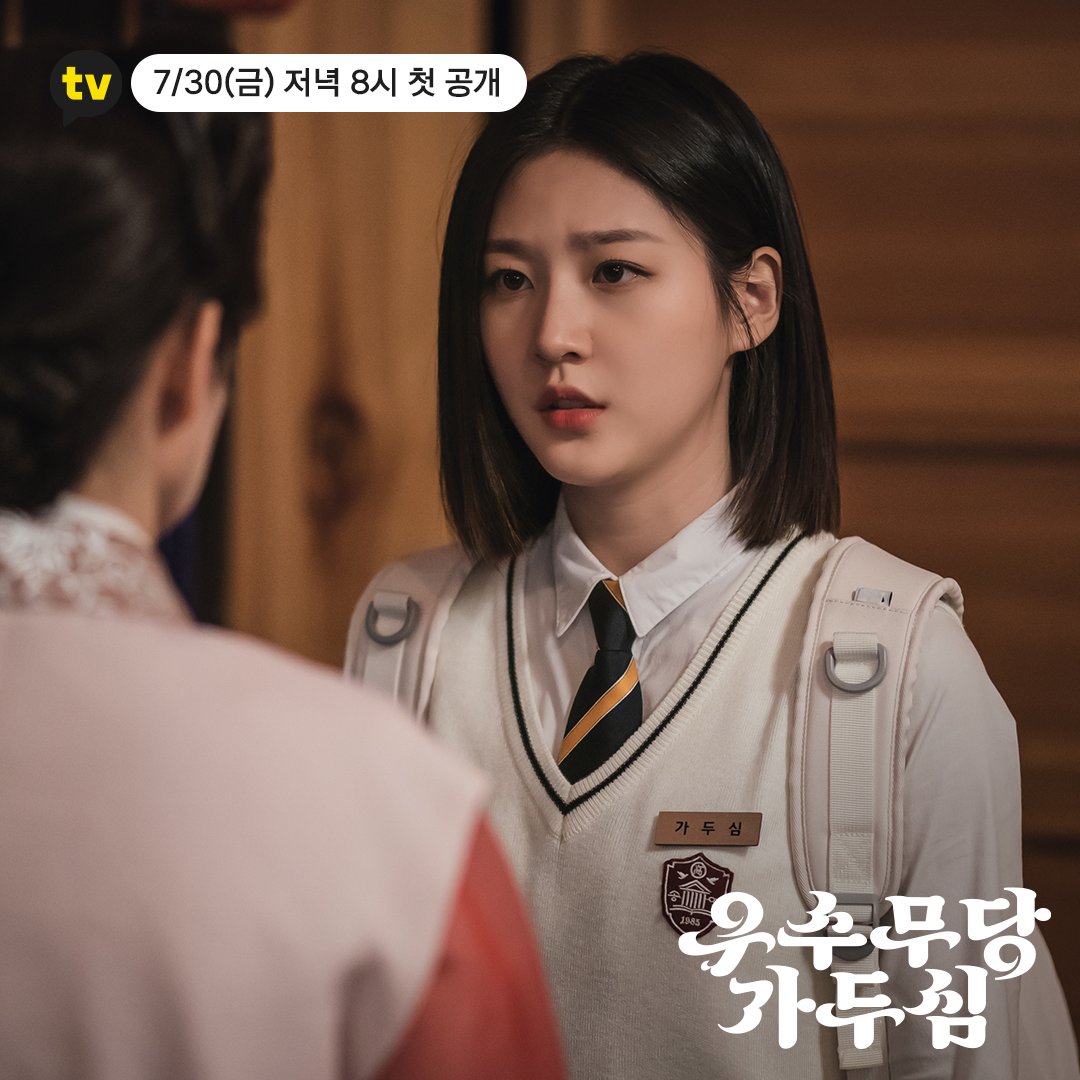 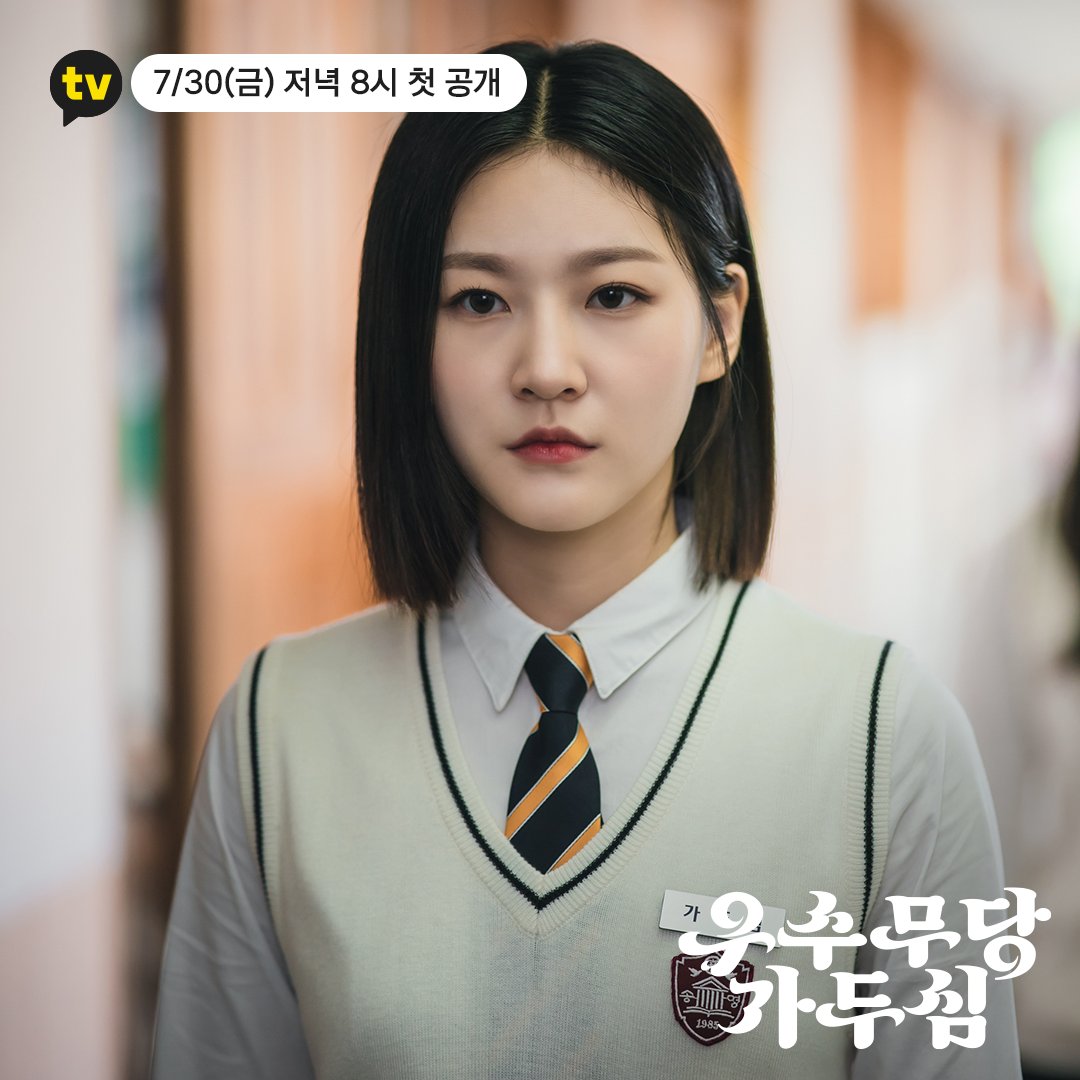 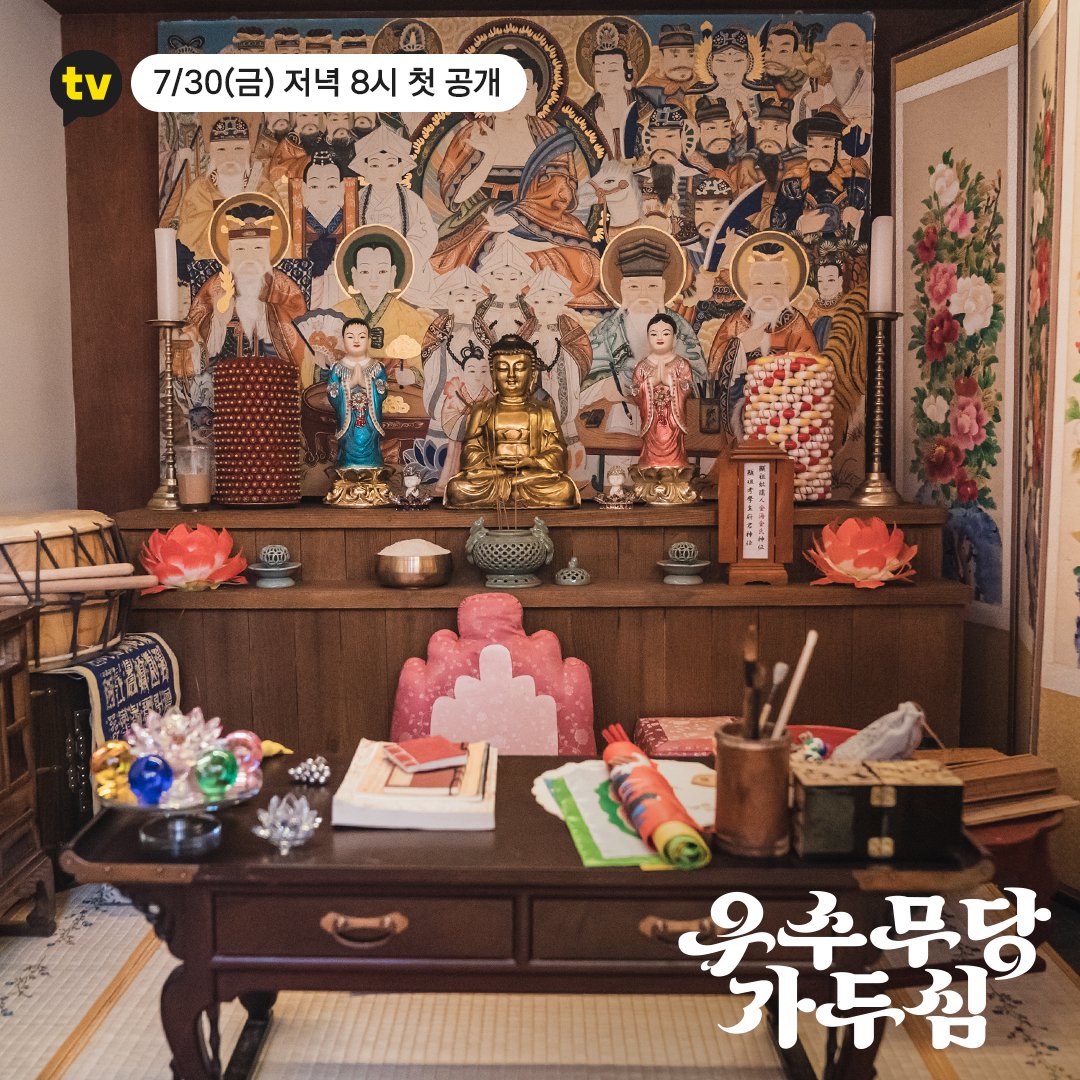 The production staff of the drama stated, “Kim Sae Ron has shown perfect synchronization with the Ga Doo Shim that is in the script. The written Ga Doo Shim met Kim Sae Ron and came to life in a way that shocked and impressed the entire crew.”

“The Great Shaman Ga Doo Shim” will air in 20-minute episodes for 12 episodes total and premieres on July 30. Check out a teaser here!

Watch Kim Sae Ron in “Mirror of the Witch” below!

Kim Sae Ron
The Great Shaman Ga Doo Shim
How does this article make you feel?