Jung So Min and Kim Ji Suk are getting into a sticky situation in JTBC’s “Monthly Magazine Home”!

After previously confirming their feelings for each other, Na Young Won and Yoo Ja Sung will now begin their secret office romance. According to the drama’s producers, the two love birds will try to hide their overflowing affection for each other in front of their co-workers, but they’ll be put in a risky situation right from the beginning.

A misunderstanding will lead Yoo Ja Sung to visit Na Young Won’s home to try to talk it out with her. After the misunderstanding is solved, they’re about to spend some quality time when Yeo Eui Joo (Chae Jung An) suddenly appears at her doorstep. 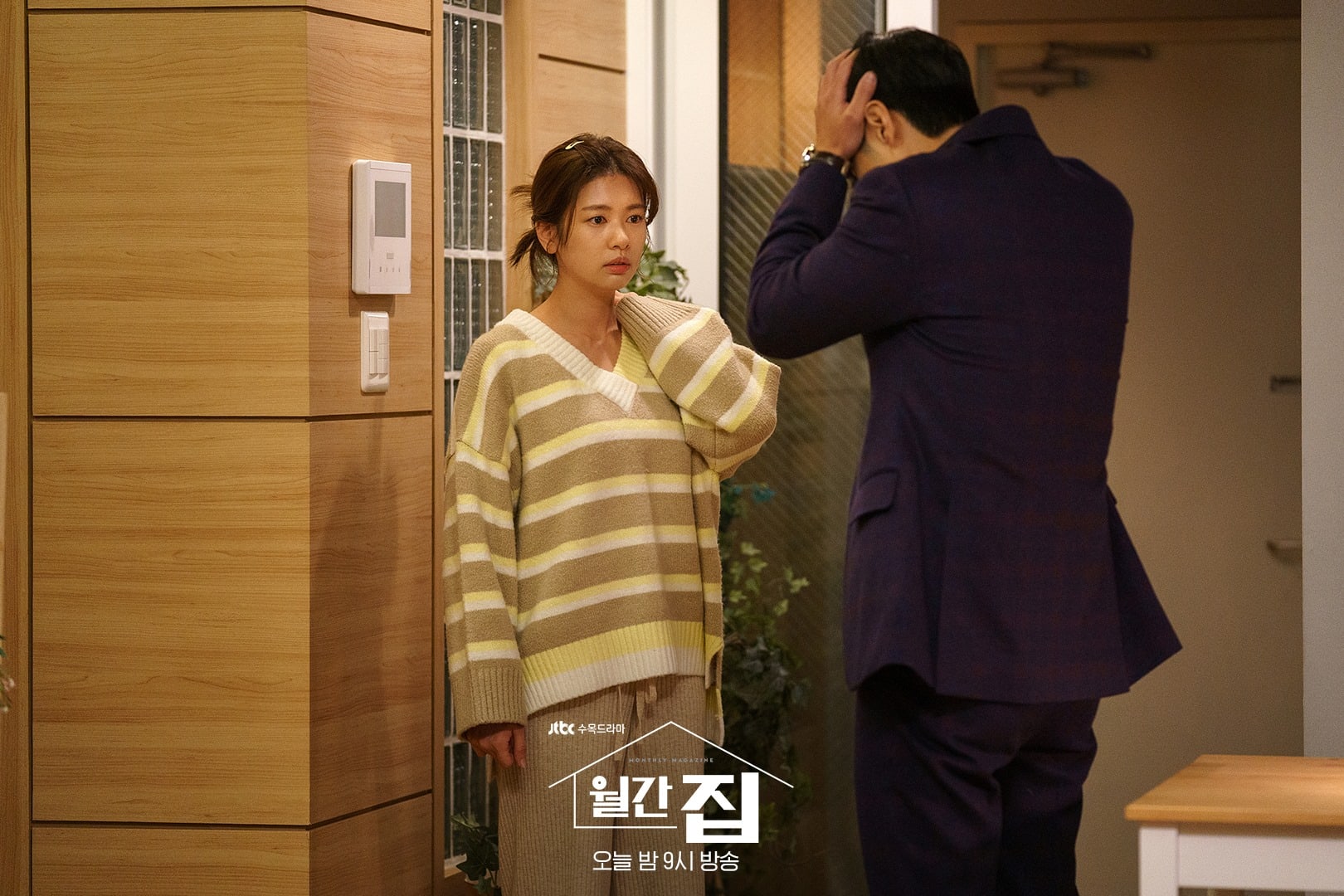 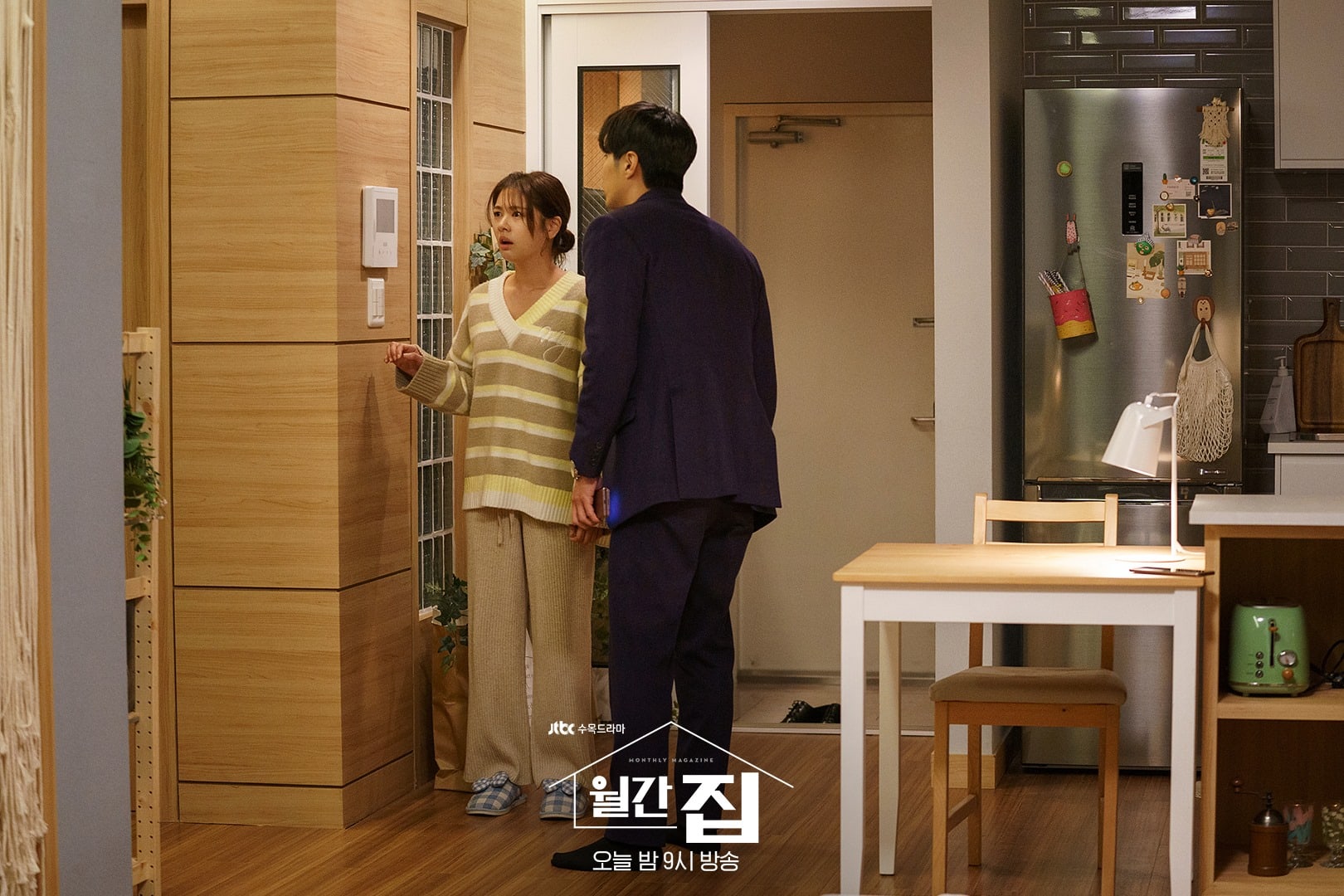 Alarmed by the unexpected visit, Na Young Won hurriedly throws Yoo Ja Sung’s shoes inside the closet and welcomes Yeo Eui Joo while Yoo Ja Sung has presumably hidden somewhere. However, the food and drinks Yeo Eui Joo brings with her suggest she’s planning to stay for a while. 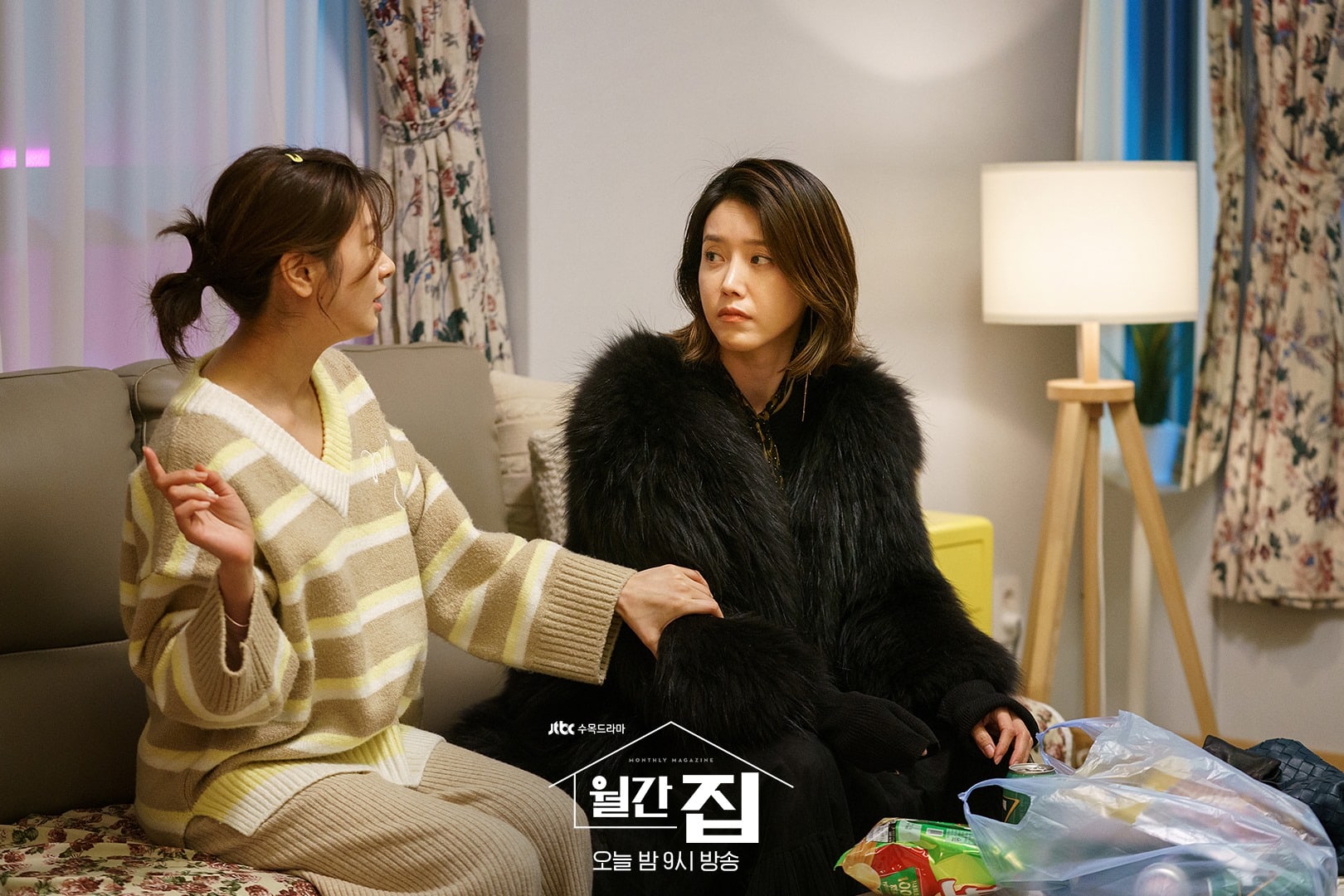 The production team shared, “Make sure to watch the official broadcast to find out if they can keep their relationship a secret or if Yeo Eui Joo’s visit will force them to go public.”