“The Great Shaman Ga Doo Shim” is a new fantasy romance drama starring Kim Sae Ron as Ga Doo Shim, a teenager with supernatural abilities who just wants to be an ordinary high school student, but was born to the fate of becoming a shaman. Nam Da Reum will star as Na Woo Soo, a golden boy who starts seeing ghosts after meeting Ga Doo Shim. Together, they embark on a quest to solve a dangerous mystery.

In newly released character posters for the upcoming drama, the tough Ga Doo Shim offers an intriguing glimpse into her unusual life.

Dressed in an innocuous high school uniform but surrounded by objects used in shamanistic rituals, Ga Doo Shim looks unfazed by any dangers lurking in the shadows as she tells Na Woo Soo, “Welcome to my world.” 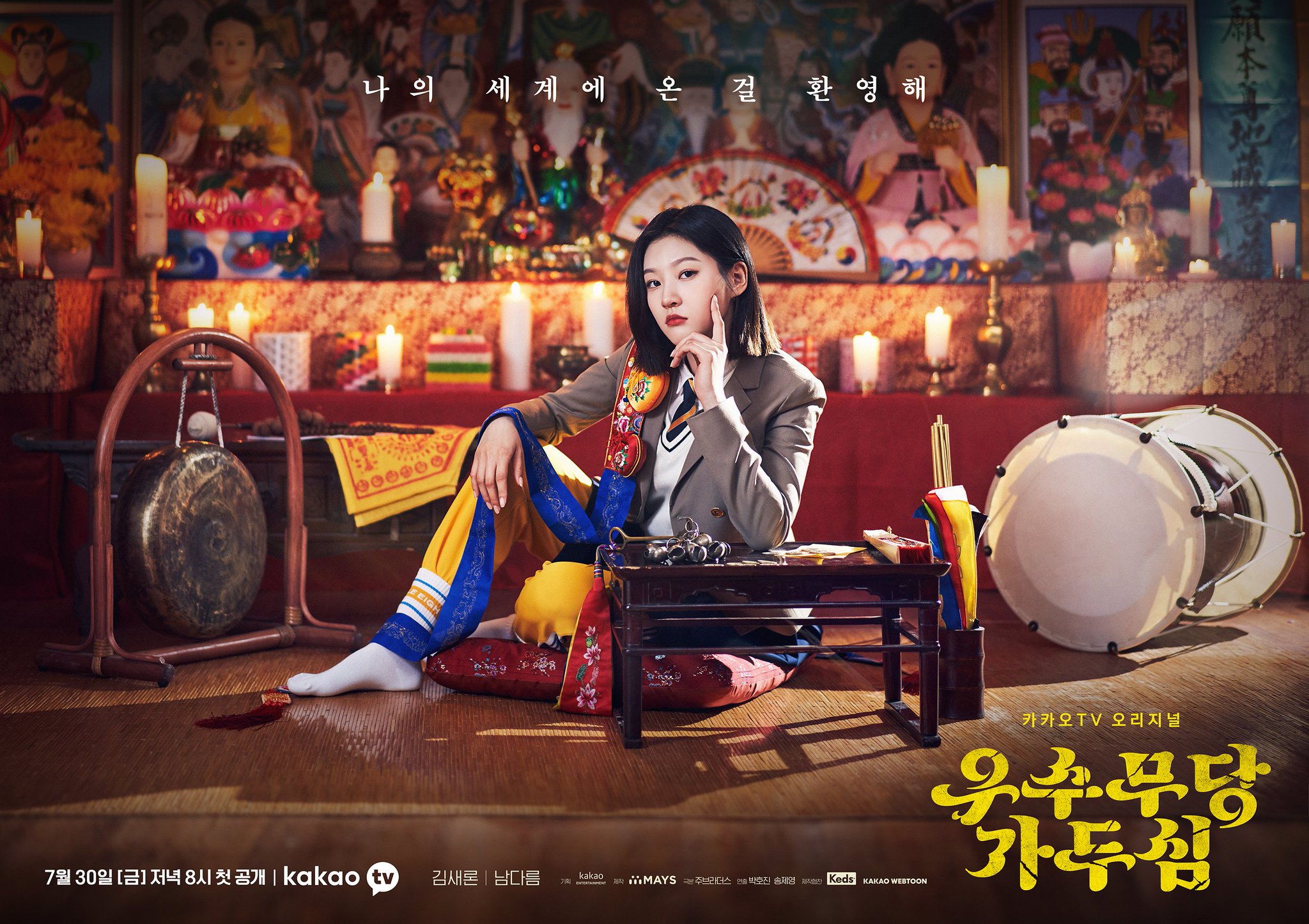 Meanwhile, Na Woo Soo looks paralyzed by fear as he sits among his fellow students in what appears to be an ordinary classroom—but in which he can now see ghosts and evil spirits.

Staring into the camera in horror, he remarks, “I’ve started seeing them too.” 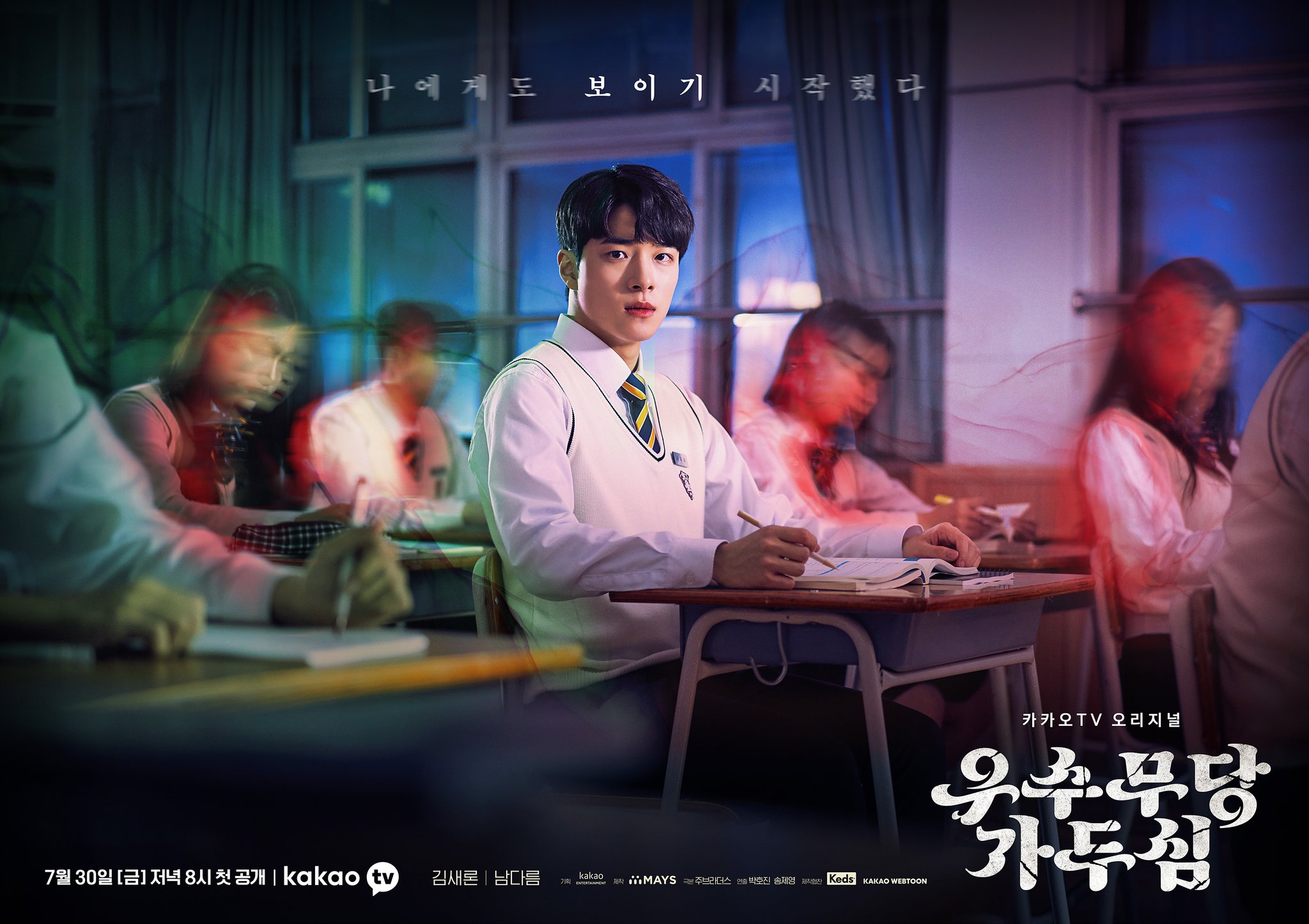 The producers of “The Great Shaman Ga Doo Shim” praised the two stars’ acting, commenting, “Actors Kim Sae Ron and Nam Da Reum are both particularly fond of their respective roles. Thanks to the two actors, who perfectly match their characters in the script, we were able to create character posters that really capture the unique and distinctive characters of Ga Doo Shim and Na Woo Soo.”

They went on, “[‘The Great Shaman Ga Doo Shim’] will provide spine-chilling entertainment with its unique characters and its immersive story that you won’t be able to tear your eyes away from, so please look forward to it.”

“The Great Shaman Ga Doo Shim,” which will consist of 12 episodes that run for 20 minutes each, will premiere on July 30 at 8 p.m. KST. Check out a teaser for the drama here!