On the July 17 episode of SBS’s “LOUD,” the contestants began their Round 4 “P Nation Pick” mission. 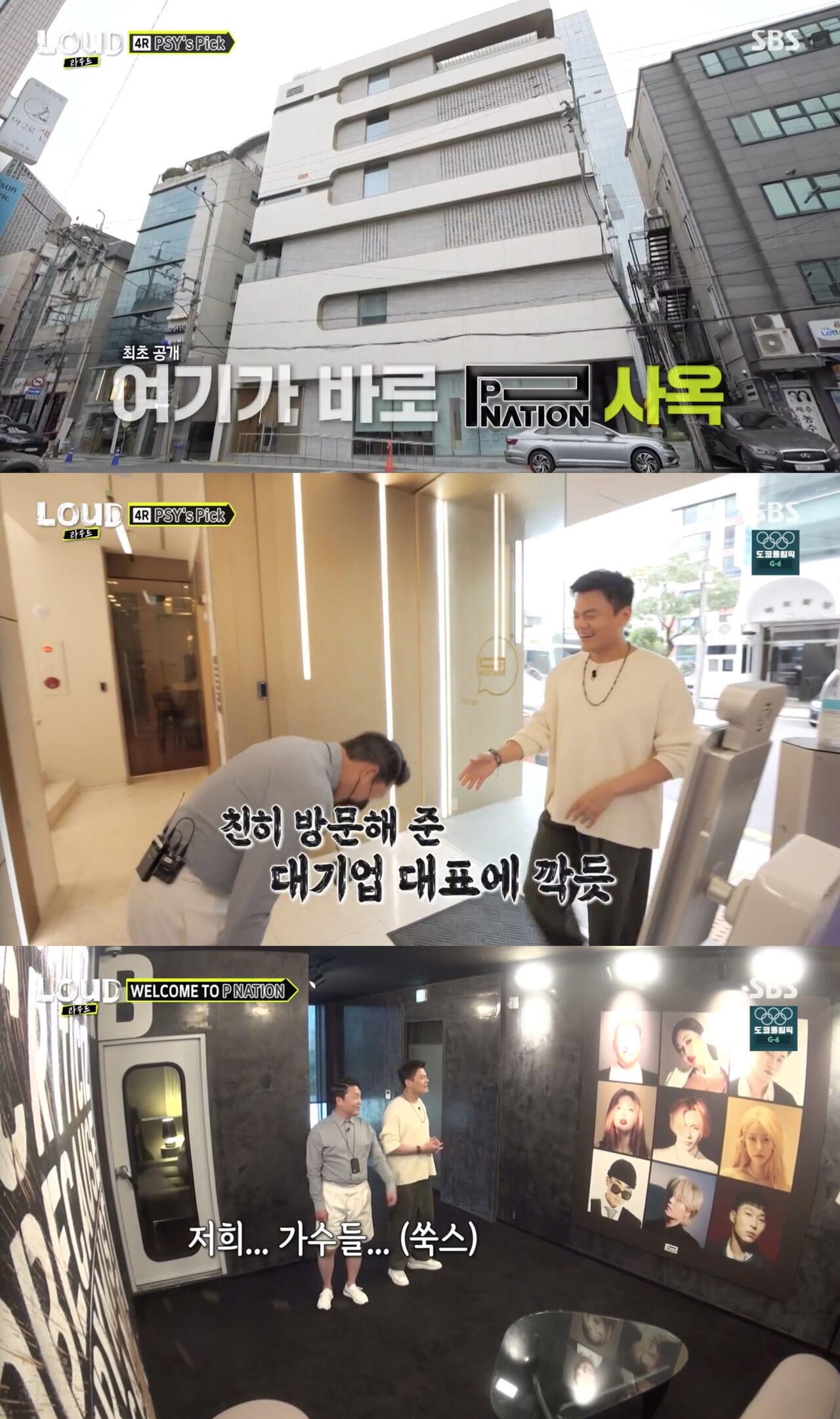 Park Jin Young noticed the posters of the P Nation artists on the wall and said, “This is a mistake. There are people that come and go from the label, so you shouldn’t do stuff like this,” but PSY rebutted, “To be honest, we just made a bunch of stuff at the last minute when we heard you were coming.”

As a funny gift, PSY gave Park Jin Young a welcome gift that included an employee pass, a mask and tote bag with the P Nation logo, and more. PSY quipped, “My pass gets me in everywhere, but your pass only gets you in the front door.” 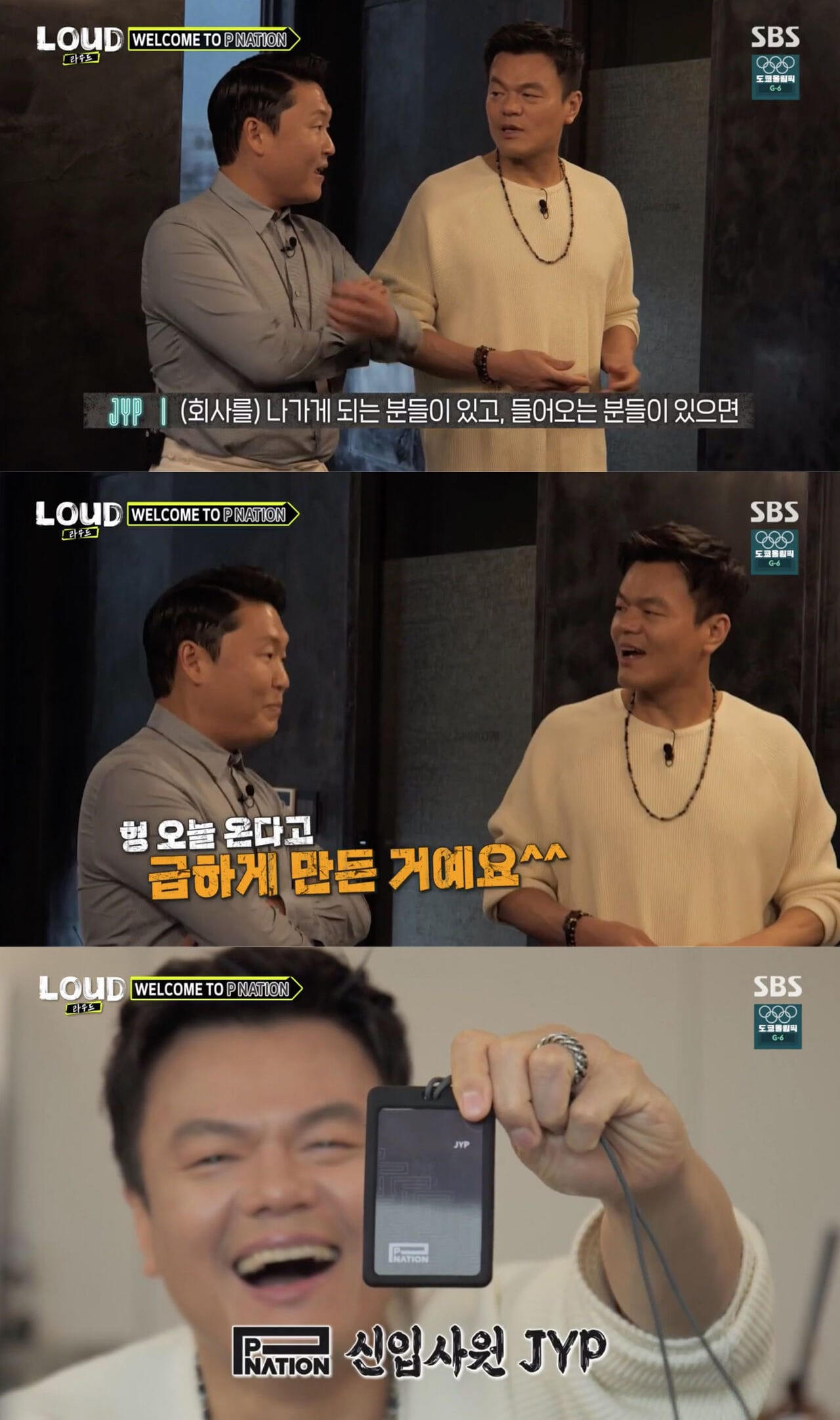 At the end of this episode, the Seoul Landing Operation Team got 96 points, the Veteran Team got 95 points, and the Countdown Team got 90 points.

Park Jin Young
PSY
LOUD
How does this article make you feel?