Watch: “The Return Of Superman” Goes Behind The Scenes Of The Hammington Family’s Cameo In “Revolutionary Sisters”

The Hammington family left a memorable impression on the set of “Revolutionary Sisters”!

On the July 18 broadcast of “The Return of Superman,” Sam Hammington and his sons William and Bentley prepared for and filmed their cameo apperance on the hit weekend drama “Revolutionary Sisters.” A unique blend of mystery thriller, romance, and comedy, “Revolutionary Sisters” tells the story of an entire family becoming murder suspects after the family’s mother is killed in the midst of her divorce proceedings. The drama recorded a personal best of 32.5 percent for its average nationwide ratings.

Sam Hammington shared, “William has starred in the drama ‘Zombie Detective‘ before, but this is Bentley’s first time.” Since William and Bentley couldn’t read Korean yet, Sam Hammington trained his sons for their cameo scene by helping them read their lines. However, Bentley made viewers laugh when he ripped the script given to him.

Having previous experience appearing in a drama, William impressed with his detailed acting skills as he portrayed a scene in which he pretended to greet someone after eating spicy peppers. Sam Hammington made a phone call to Kim Soo Ro, who had taught the kids how to act in the past, and the actor shared his congratulations and words of encouragement. 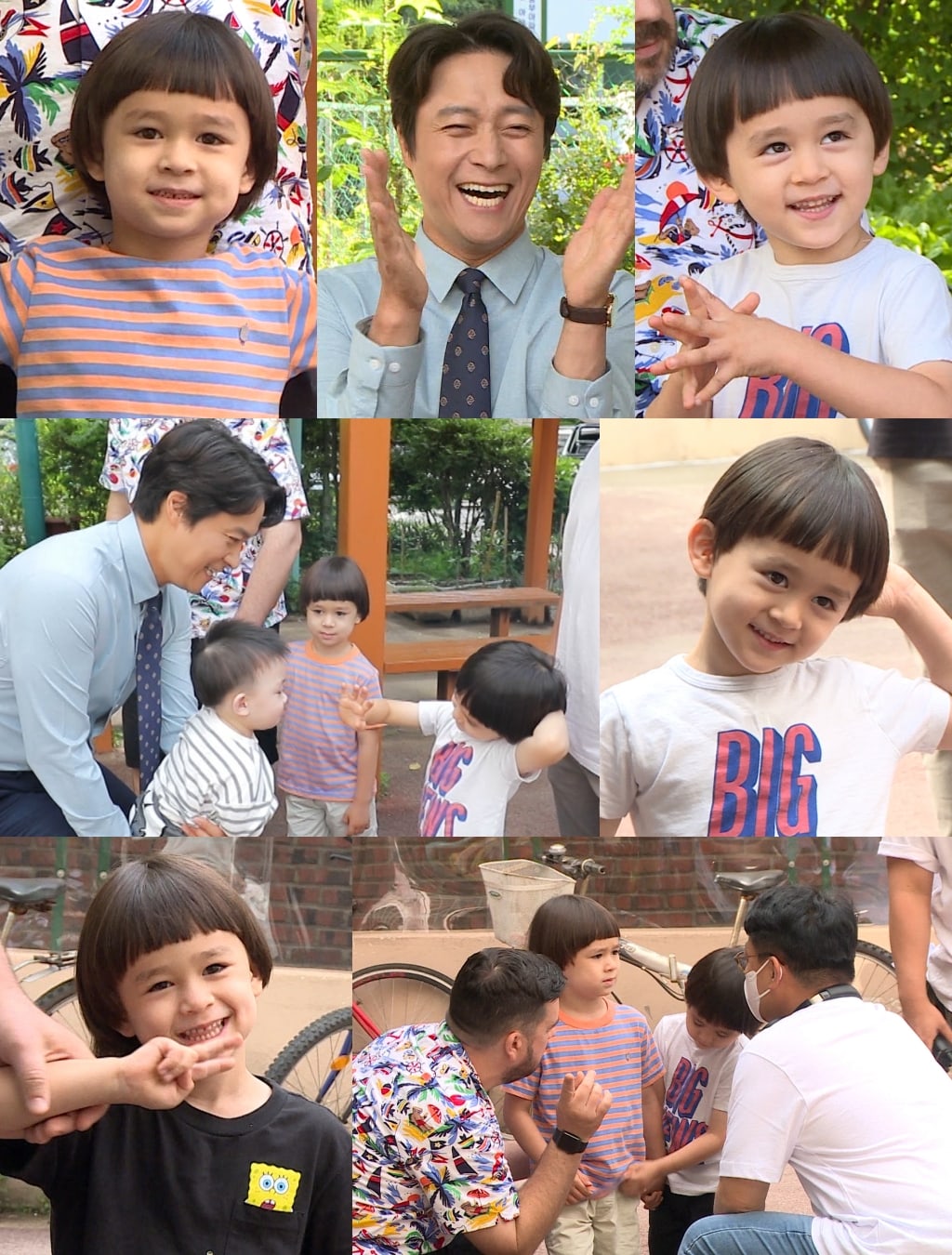 Bentley shared that he wants to be William’s older brother when he grows up, causing Choi Dae Chul to laugh. Before filming, the two brothers had a sudden dance battle to show off their skills. While Choi Dae Chul talked to Bentley about his realistic acting, Sam Hammington noticed that William had wandered off. However, William had only left the set to follow and look after the baby actor who plays Choi Dae Chul’s son on the show. Bentley soon joined them, and the two brothers reliably brought the young toddler back to the set.

When filming began, Bentley couldn’t hold in his excitement and started to shoot at the camera with his fingers. In the following take, he skipped a part of his lines and enthusiastically introduced himself instead. Bentley also tried to escape the set while filming, and William tried his best to hold onto Bentley’s hand so that he wouldn’t leave. The director successfully persuaded the two young stars to act more calmly by giving them jelly snacks, allowing them to finally finish filming with one more take.

Watch the Hammington family on “The Return of Superman” below:

Catch the latest episode of “Revolutionary Sisters” on Viki with English subtitles: