SHINee Reflects On Making Progress As A Team, Favorite Moments During Group Promotions, And More

The interview and photo shoot took place back when SHINee was still busy with various activities despite already having wrapped up promotions for their recent album. Taemin is currently serving in the military, but he had not enlisted yet at this time. Key shared, “While on Instagram Live not so long ago, I said May will be war. First of all, Taemin is about to enlist in the army. Normally, we have more free time immediately after wrapping up album promotions, but this time we received offers for various promotions, so we’re spending time busily.” 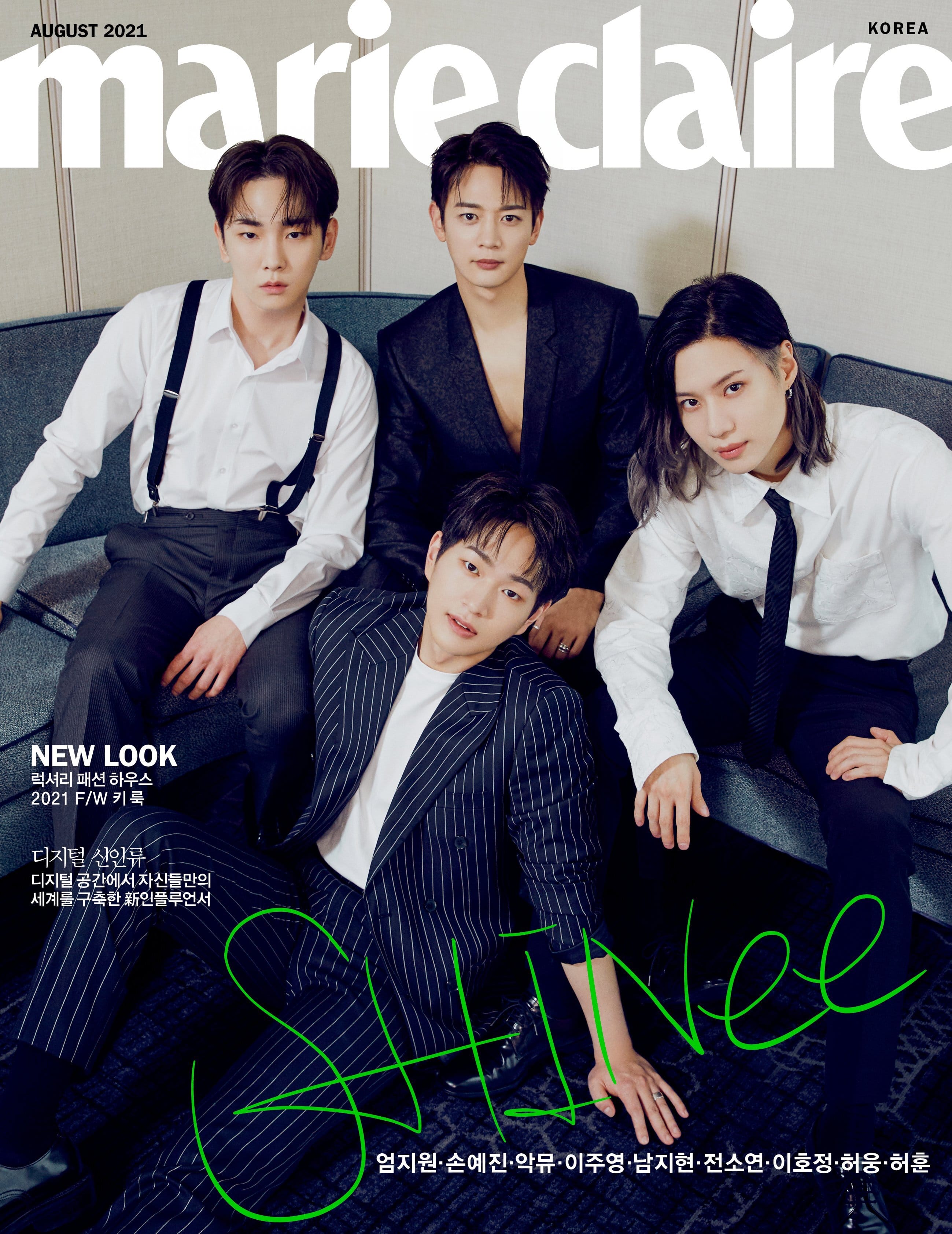 Minho shared, “May is a very important month to us. May is the month of family, so it feels even warmer, and it has the feeling of both the warmth and the heat of transitioning from spring to summer. While three members were in the military, we couldn’t celebrate SHINee Day (SHINee’s anniversary) for two years, so we were very sad. Since we can’t spend next year’s SHINee Day together, this May feels even more special.” Taemin added, “I want to spend this special month of our debut anniversary making good memories with the fans.” 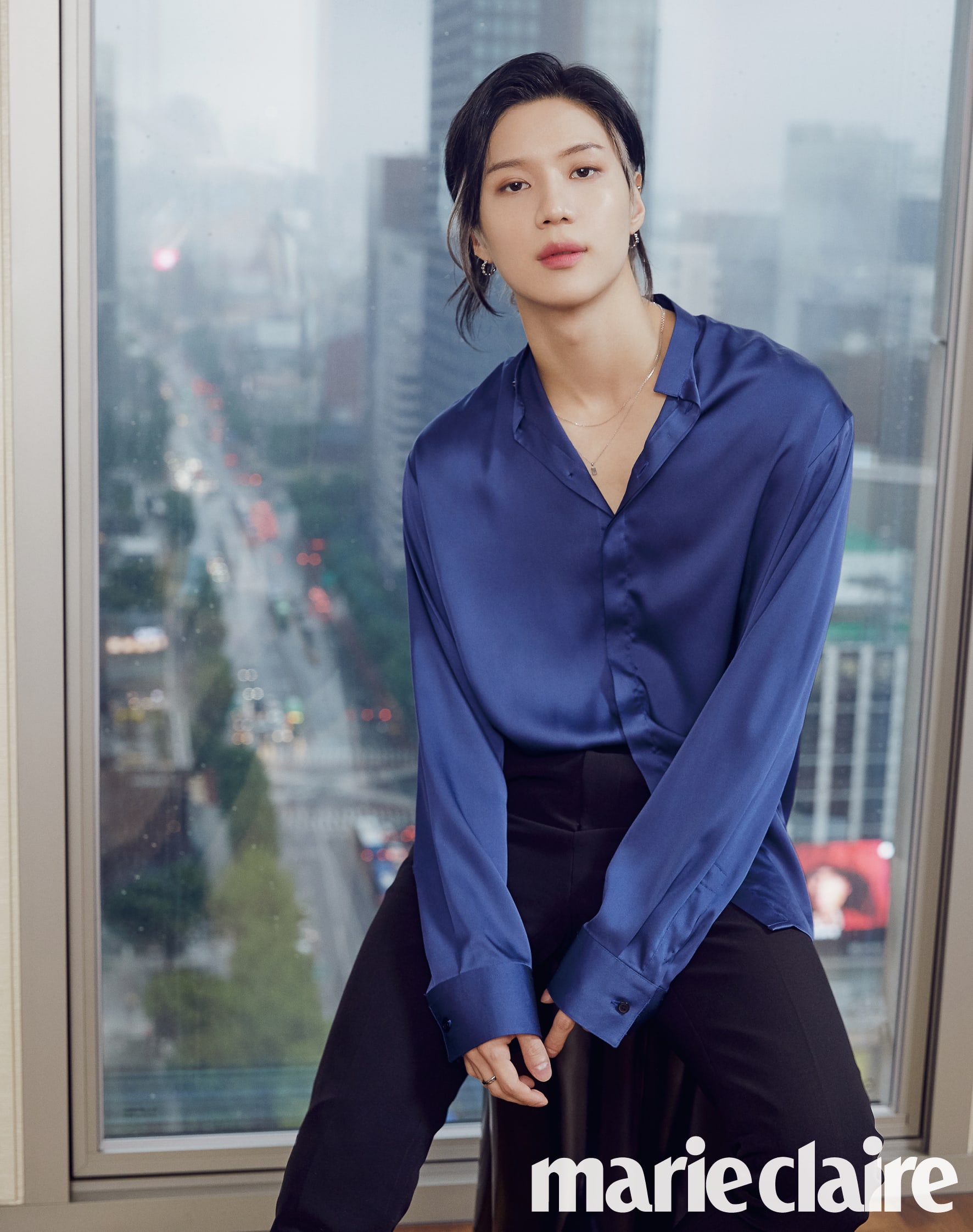 Onew revealed that he had initially been worried to promote as SHINee after such a long break. He shared, “However, when we started preparing for the album, it turned out that we hadn’t changed. We share the same memories of our best times, and it’s an album we made while contemplating and thinking over what would be good together. I think it’s an album that prepares SHINee for its future well.” Key added, “They say most idol groups promote on average for five to seven years, but since we’re approaching our 13th debut anniversary, there was a lot of pressure.” 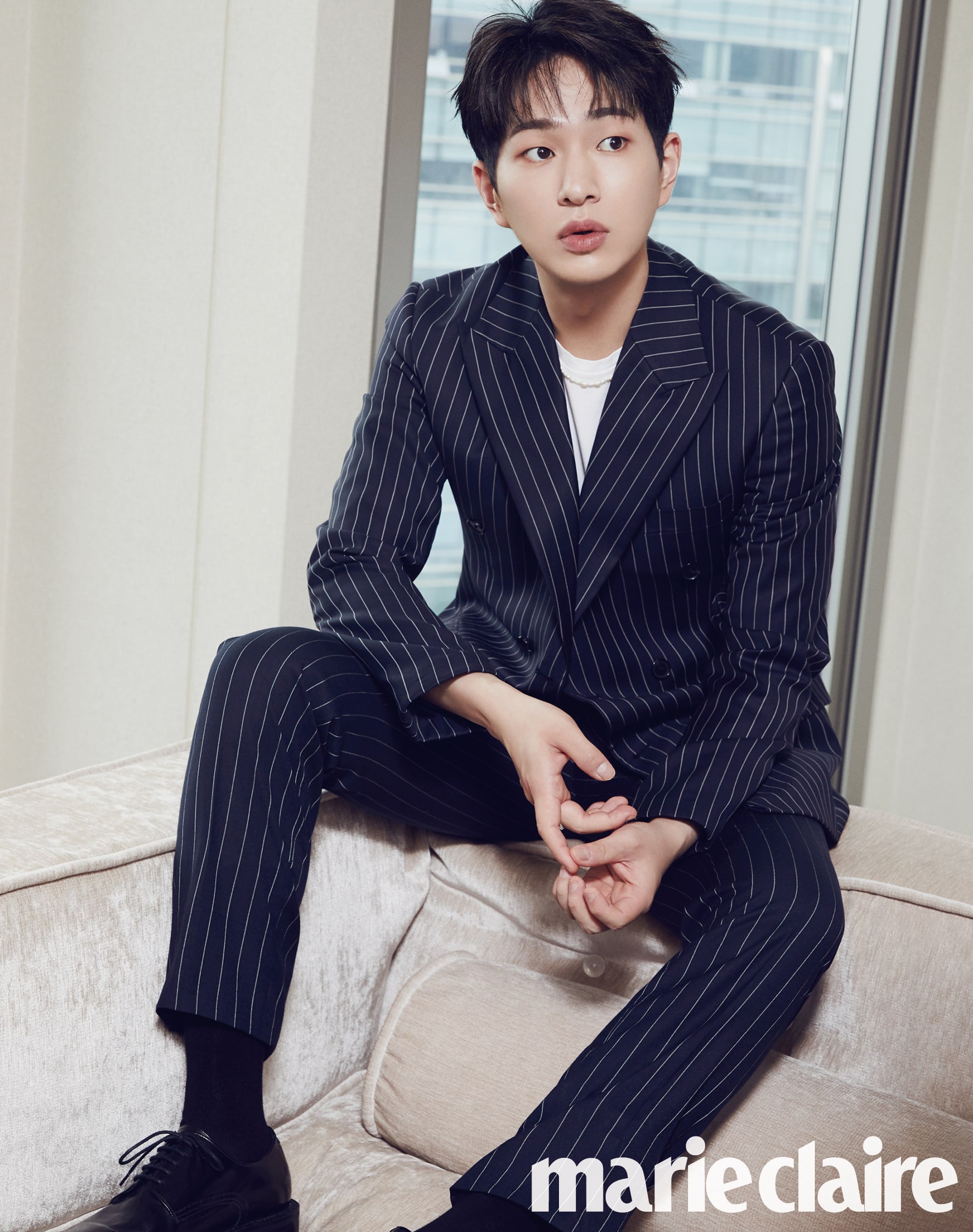 The SHINee members also talked about making even more diverse content to keep up with the changing times. Regarding vocal-related content, Onew shared, “In the past, I sang just because I like singing, but now I think I should support SHINee even more as a vocalist. It’s because there’s a huge absence. As the other members each thought things over and progressed, I thought I should also contribute. Since singing is what I can do best, I decided to relearn singing. I’m honestly not someone who does things with certainty. I just want to select a slightly better direction, and I hope to head in a direction in which I can improve. The best thing about singing this time is the fact that the members are together, rather than the response to it.” Onew explained that the group had chosen to sing “Dear Name” on “IU’s Palette” after discussing it together, and Taemin had suggested that he sing “Last Love” on “Ask Us Anything.” He added, “It was all possible because the members were by my side.” 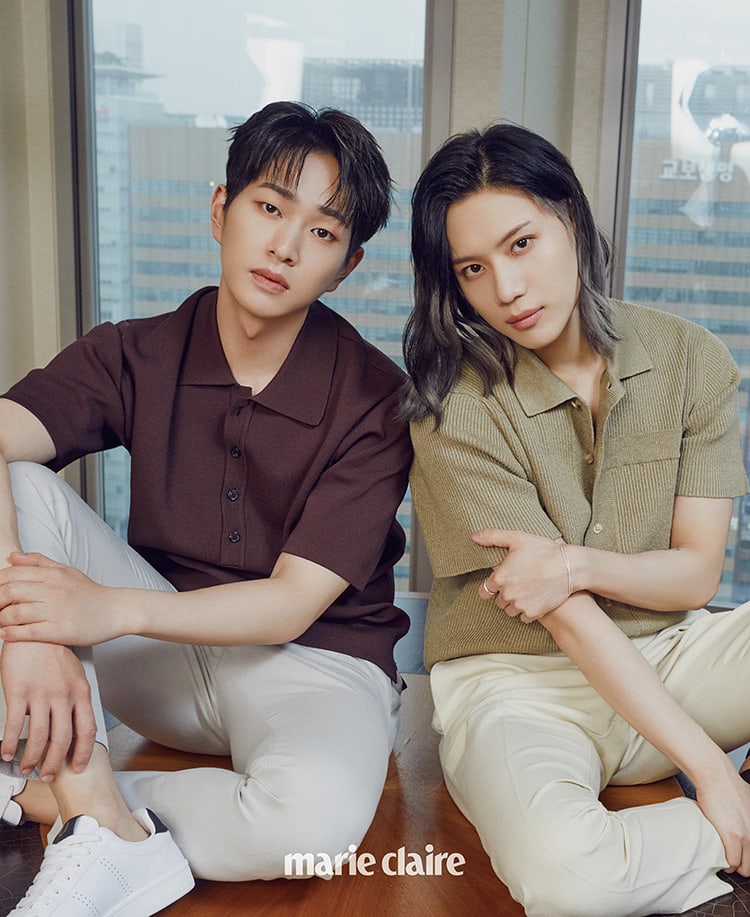 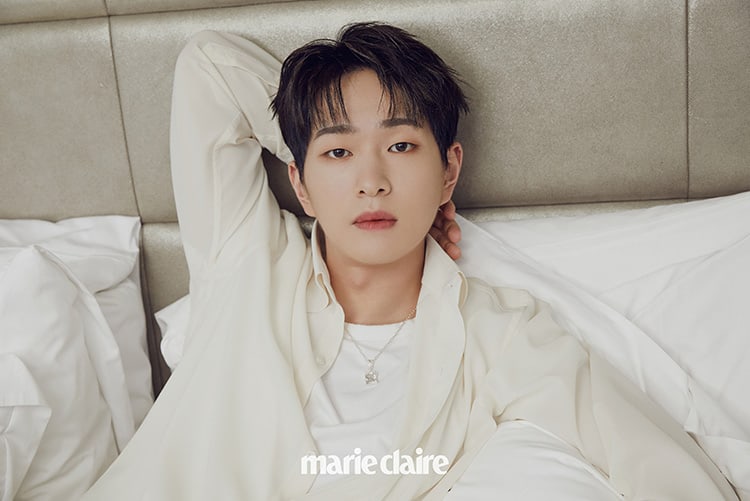 Taemin explained that online concerts had to find a middle ground between a live concert and a music show performance. He shared, “Honestly, the most important thing at a concert is sincerity. A concert is where an artist shows what they want to show and says what they want to say. Online concerts have some limits to these emotional aspects, but it’s the best option in this situation.” Key elaborated that he hadn’t seen the necessity of online concerts at the time of Beyond Live’s creation five years ago, but the times had quickly changed. 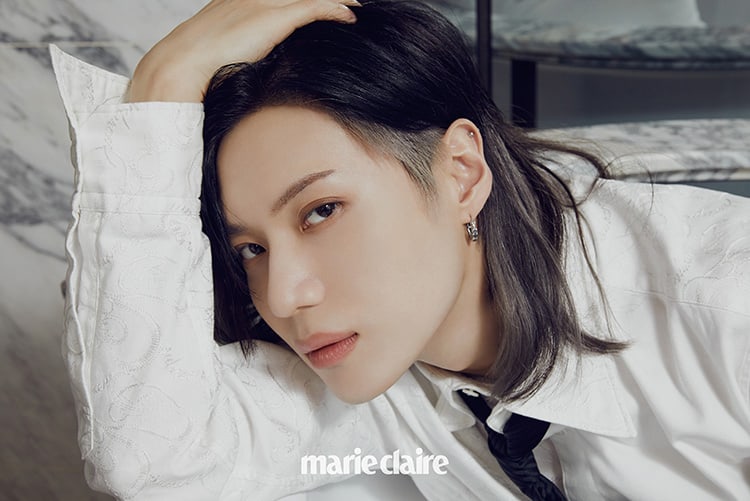 As some of the most memorable activities during their recent promotions, Key picked filming for ODG’s YouTube channel and SBS’s “MMTG.” He shared, “The sets for these types of content have a rougher feeling in comparison, but the results are great. It’s interesting to see that superior systems and equipment aren’t necessary to make great content.” Onew picked when the group sang “Dear Name” together and when they were interviewed by Kim Hyung Suk. 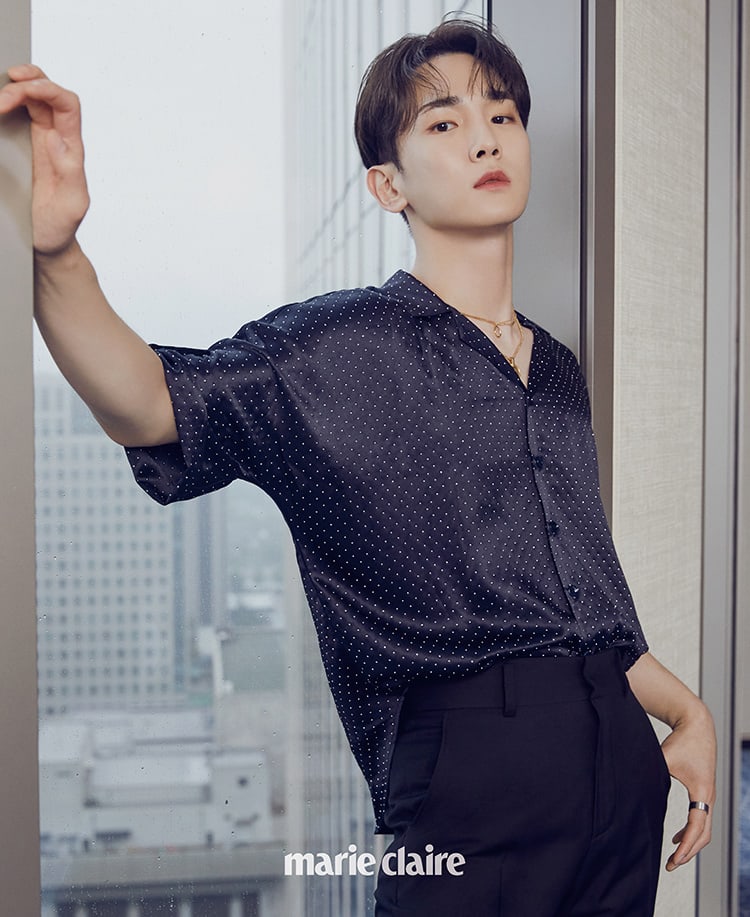 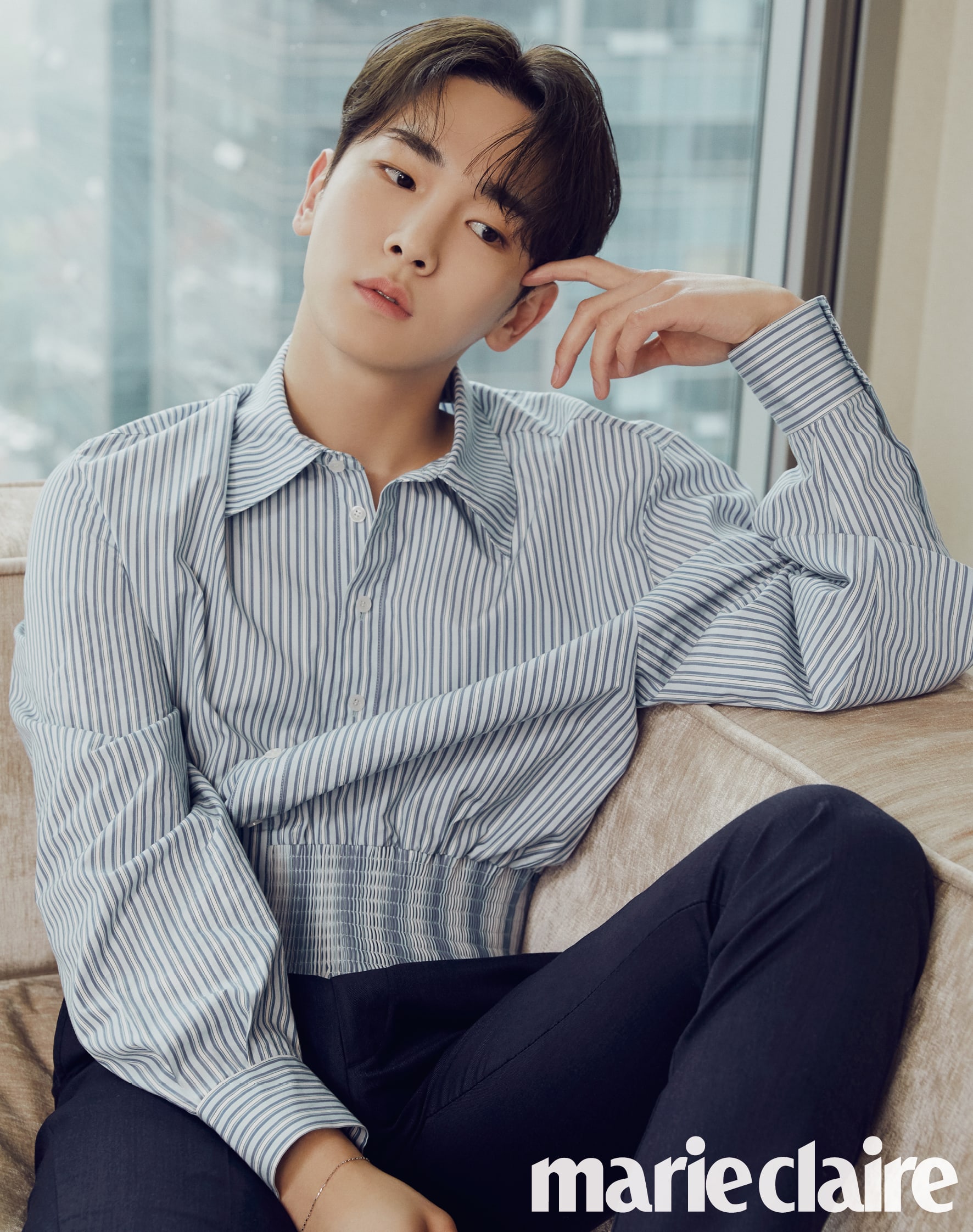 Taemin mentioned the time when they did a skit of the year 2008 in “SHINee’s Start-Up” as his favorite moment during their promotions. He added, “Honestly, the most enjoyable time was talking with the members in the practice rooms.” Taemin explained, “I was actually lonely during the time without the members. I felt a lot of burden because I had to prepare alone. I thought I had to make things even more perfect since the members had been completing the aspects I’d been lacking in, and I couldn’t let those imperfections show just because the members weren’t there. However, there were downsides to being together as well. Practice sessions that should have ended in 30 minutes didn’t end even after three hours because we were chatting.” Minho explained it was difficult for him to pick one moment as his favorite, sharing that the entire process of the members gathering together to prepare for an album for the first time in a while was precious. 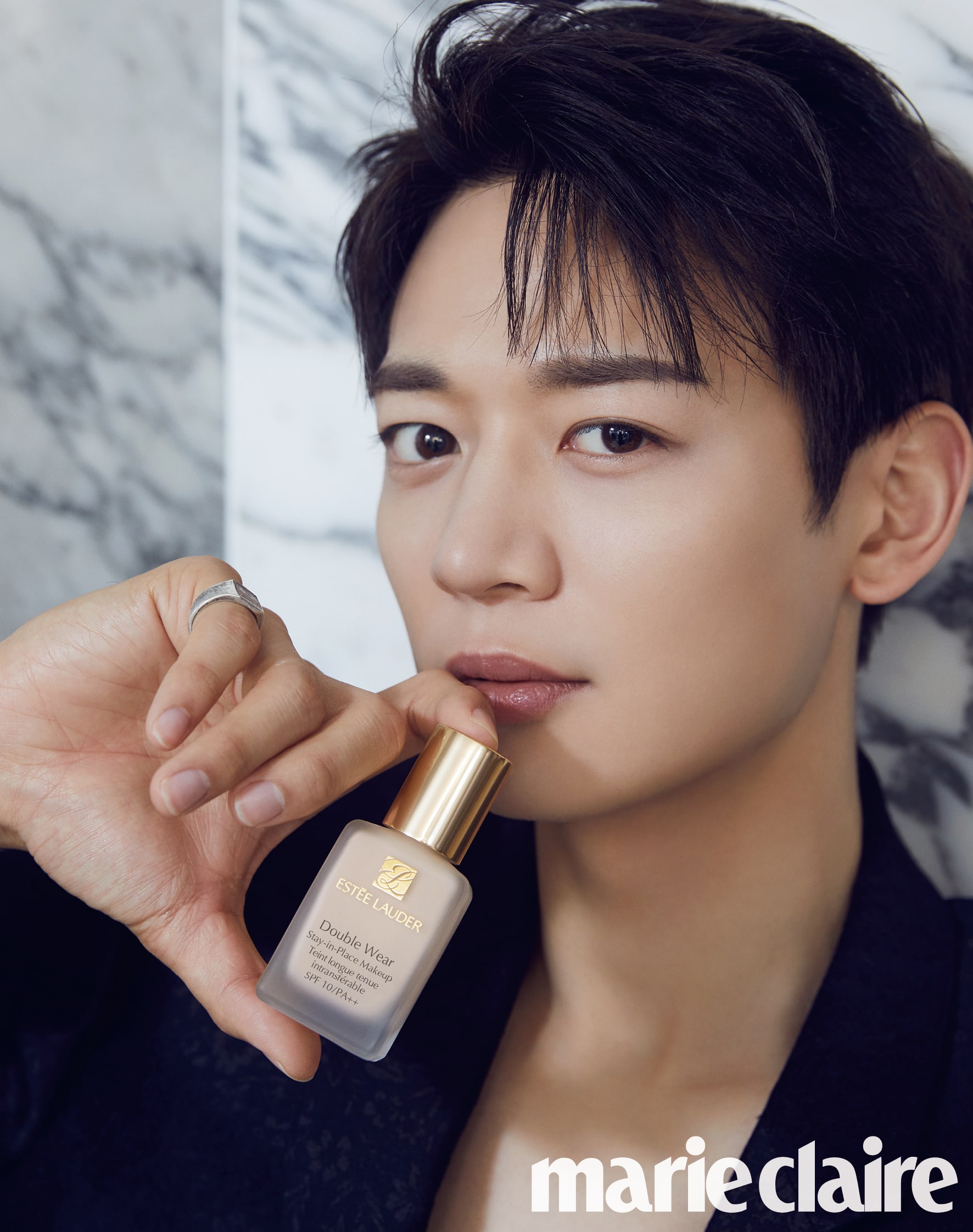 Onew shared that he is positively influenced by the recent comebacks made by idols that debuted around the same period as SHINee. Taemin commented, “Thinking about it now, I don’t understand why we were concerned over each other’s comeback periods. We could have just talked about it beforehand and adjusted it. Seeing idols from the same generation making comebacks makes me think that they’re amazing. The process of doing music continuously as one team probably wasn’t easy.” He added, “Just seeing them makes me feel happy.” Sharing that he recently watched Highlight’s “Killing Voice” video on Dingo’s YouTube channel, Taemin commented, “They said they’re going off to make new memories again, and I suddenly choked up for nothing.” 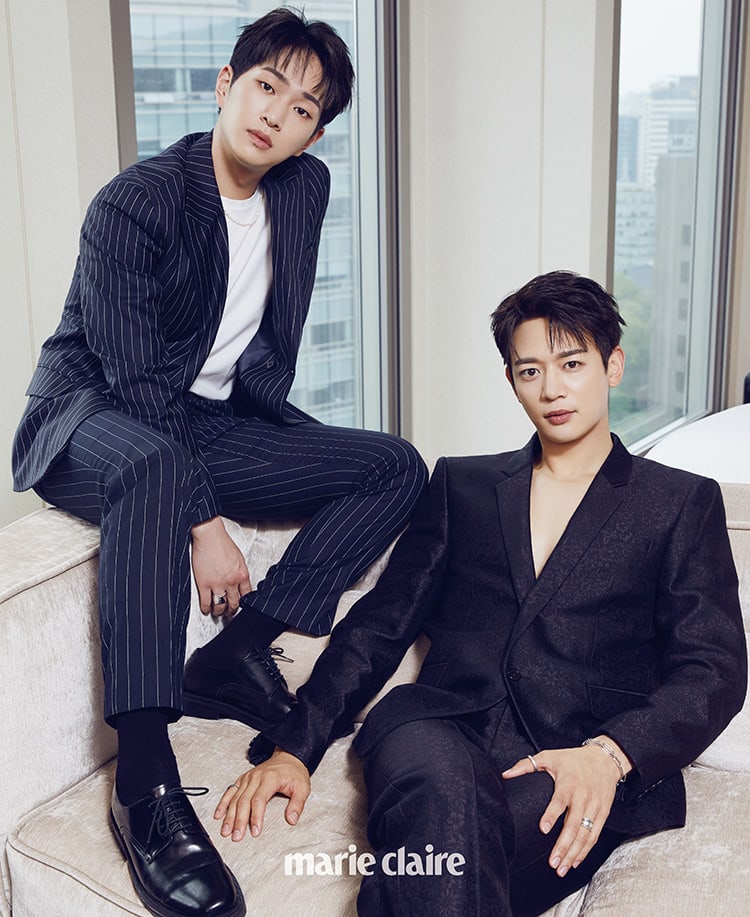 Regarding the time after Taemin’s enlistment, Onew shared that he wants to reciprocate the good job Taemin had done while the other members were in the military. He shared, “That’s why when Taemin comes back, I want to become an even cooler person that he can feel proud of and say, “Our Onew hyung, he’s someone like this,’ when he talks about SHINee’s Onew.” Minho commented, “In place of not promoting with the members, I plan on communicating with them as much as possible. The other members have solo albums planned, and I have individual activities scheduled including acting, but we’ll continue to share our thoughts and feelings as SHINee.” Key added, “I’m not worried at all. Taemin did well even when I wasn’t here, and I’ll also wait well when Taemin isn’t here. I’ll prepare well for SHINee as well.” 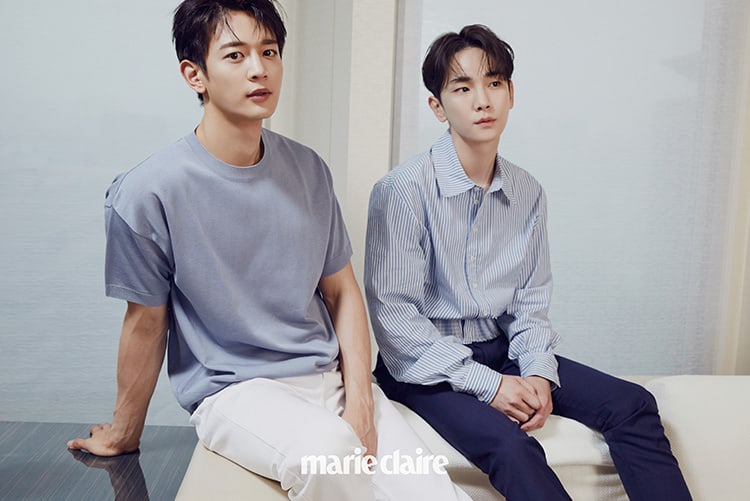 On their future promotions, Onew shared that he wants to continue to be active for a long time if it is with the members. He shared, “I also feel confident about our team. I’m confident that we’ll always do well.” Minho stated, “Rather than wanting to become a certain kind of group, I want to continue to do music and show performances through the team of SHINee, and I want to show that we’ll be continuously walking forward in the future. Rather than become some kind of presence, I want to exist as SHINee. I want us to be a team that maintains our traits as SHINee while trying new things.” 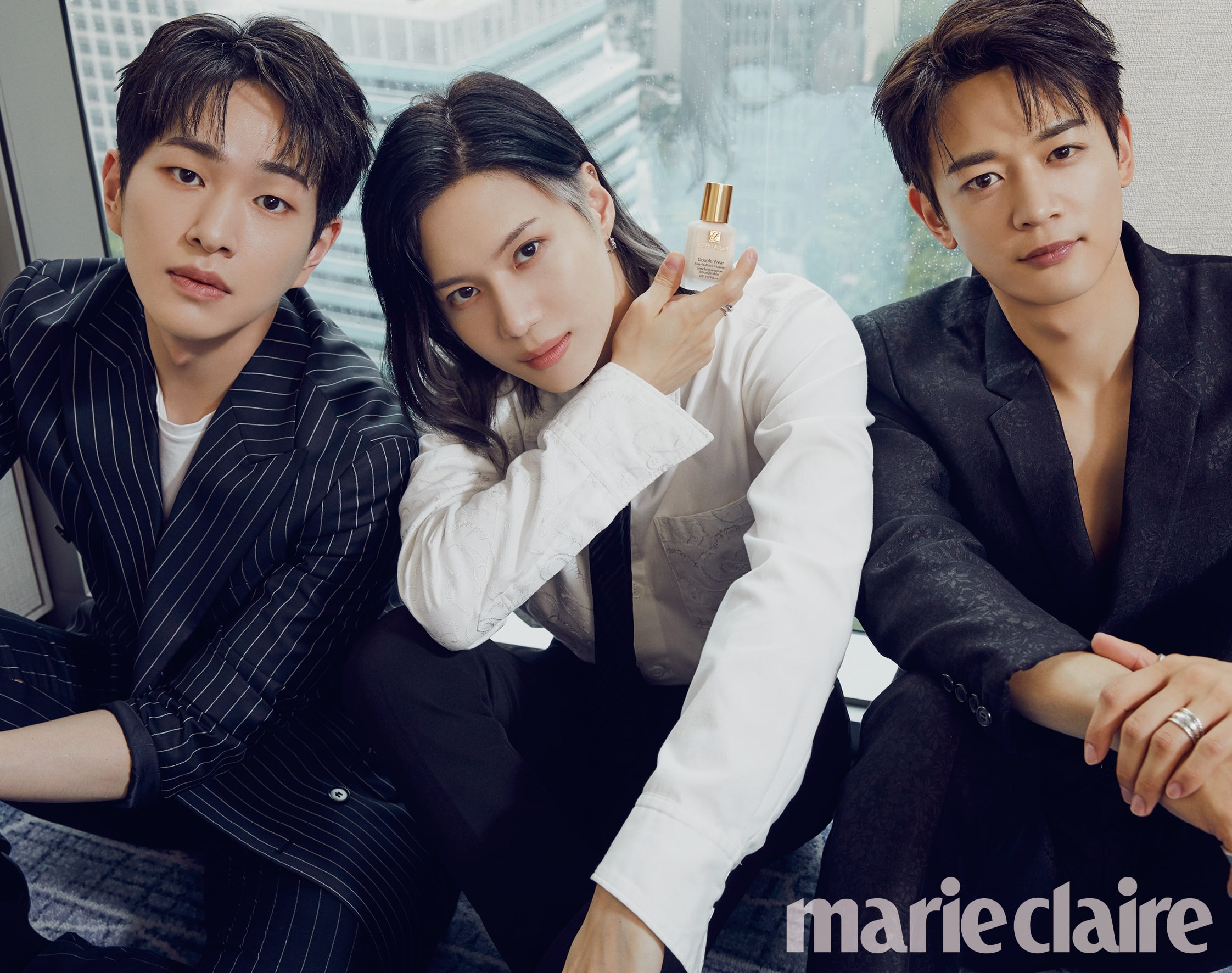 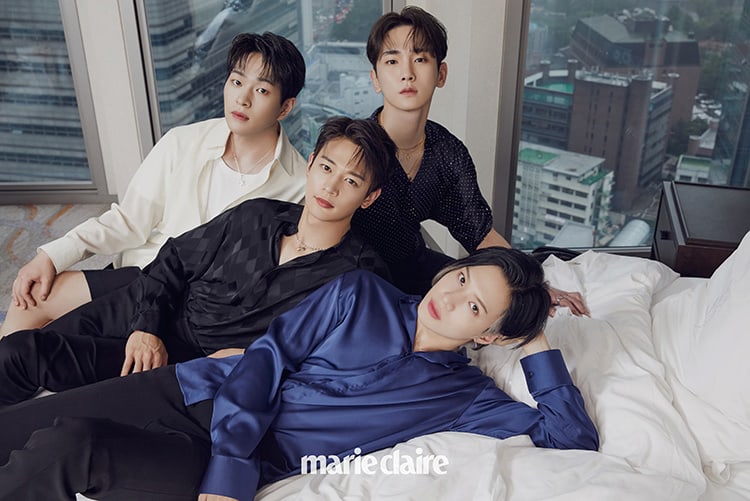 Key defined the traits of SHINee as the atmosphere made by the members. He explained, “It’s not something that can be accurately defined by words, but combining the feelings that the members give off completes the definition of what SHINee is like.” Taemin added, “What I hope is ‘SHINee-like’ is a team that makes sincere music.” 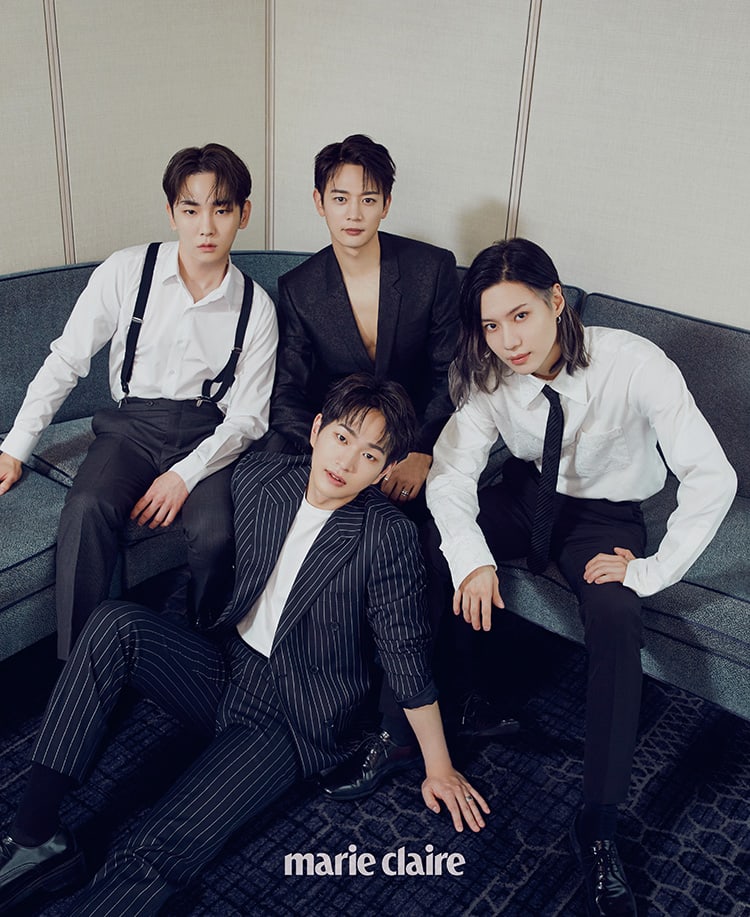 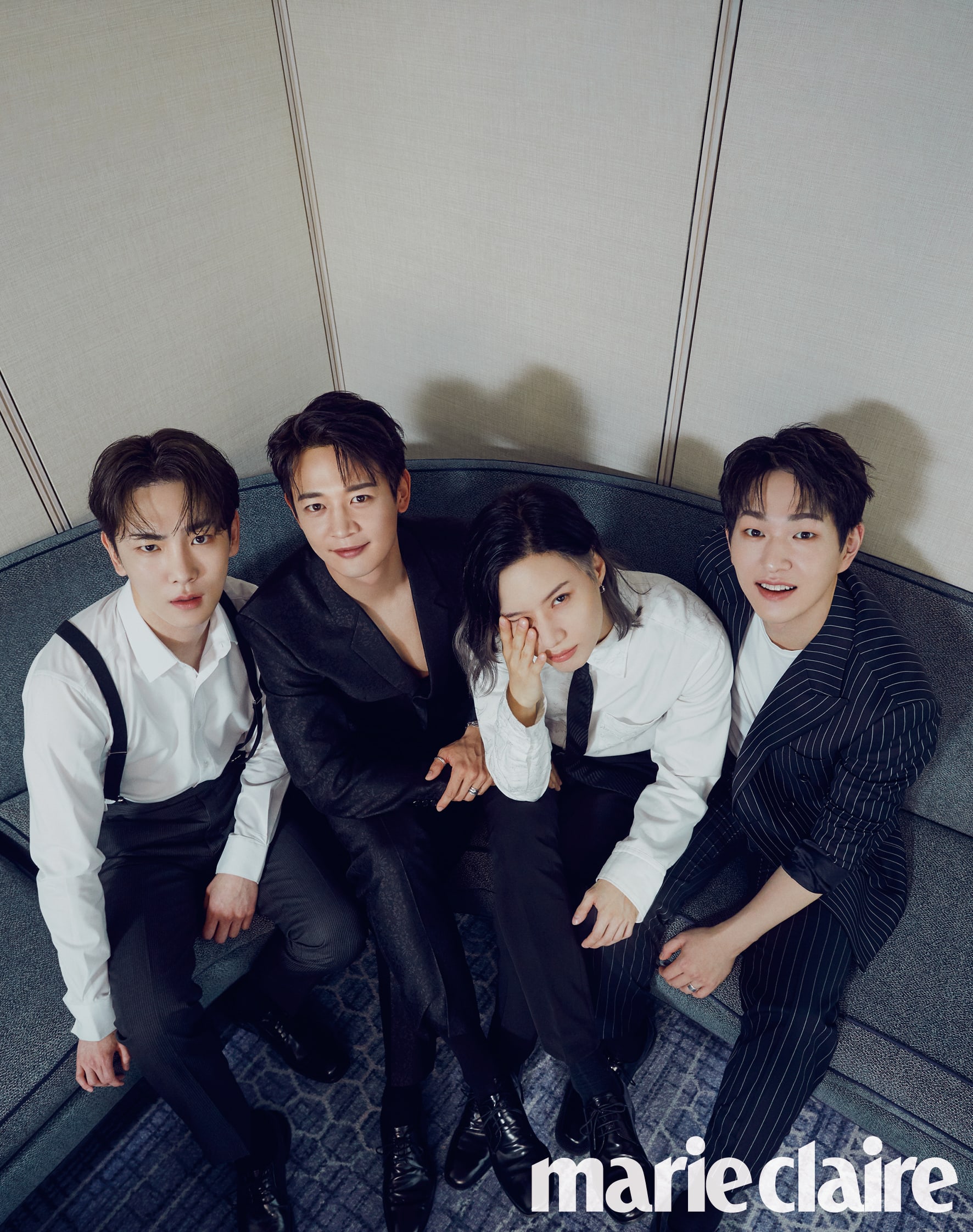 Watch Minho in “The Battle of Jangsari“:

SHINee
Marie Claire
How does this article make you feel?