PENTAGON’s Hongseok Discusses How He Prepared For His Role In “Blue Birthday,” Teamwork With Red Velvet’s Yeri, And More

“Blue Birthday” is a fantasy romance thriller produced by Playlist, the studio behind the hit web dramas “A-TEEN” and “Love Playlist.” Red Velvet’s Yeri will star as Oh Ha Rin, a 28-year-old whose first love died on her 18th birthday 10 years ago. She had finally resolved to confess her feelings to her friend Ji Seo Jun (played by Hongseok) that day, but to her shock and horror, he ended up taking his own life.

Hongseok shared that he loved the script and tried hard to convince director Park Dan Hee that he was perfect for the role. He thoroughly prepared to portray Ji Seo Jun, and after analyzing his character, he shared, “Ji Seo Jun is a warm and affectionate person to the people around him. He does well at school, is good at sports, and gets along with his friends. There’s a lonely, cold side of him that he doesn’t want to reveal to others. He may seem perfect on the outside, but he’s always lonely on the inside. He’s cold yet warm, and he has irresistible charms.”

He joked, “I’ve prepared good looks to look handsome.” Then he added, “I thought Ji Seo Jun is a model student who exudes a cold aura, so I let down my bangs in a calm style and tried to wear the school uniform as neatly as possible. He seems blunt, but he’s also caring, so I paid attention to the tone of the acting.” 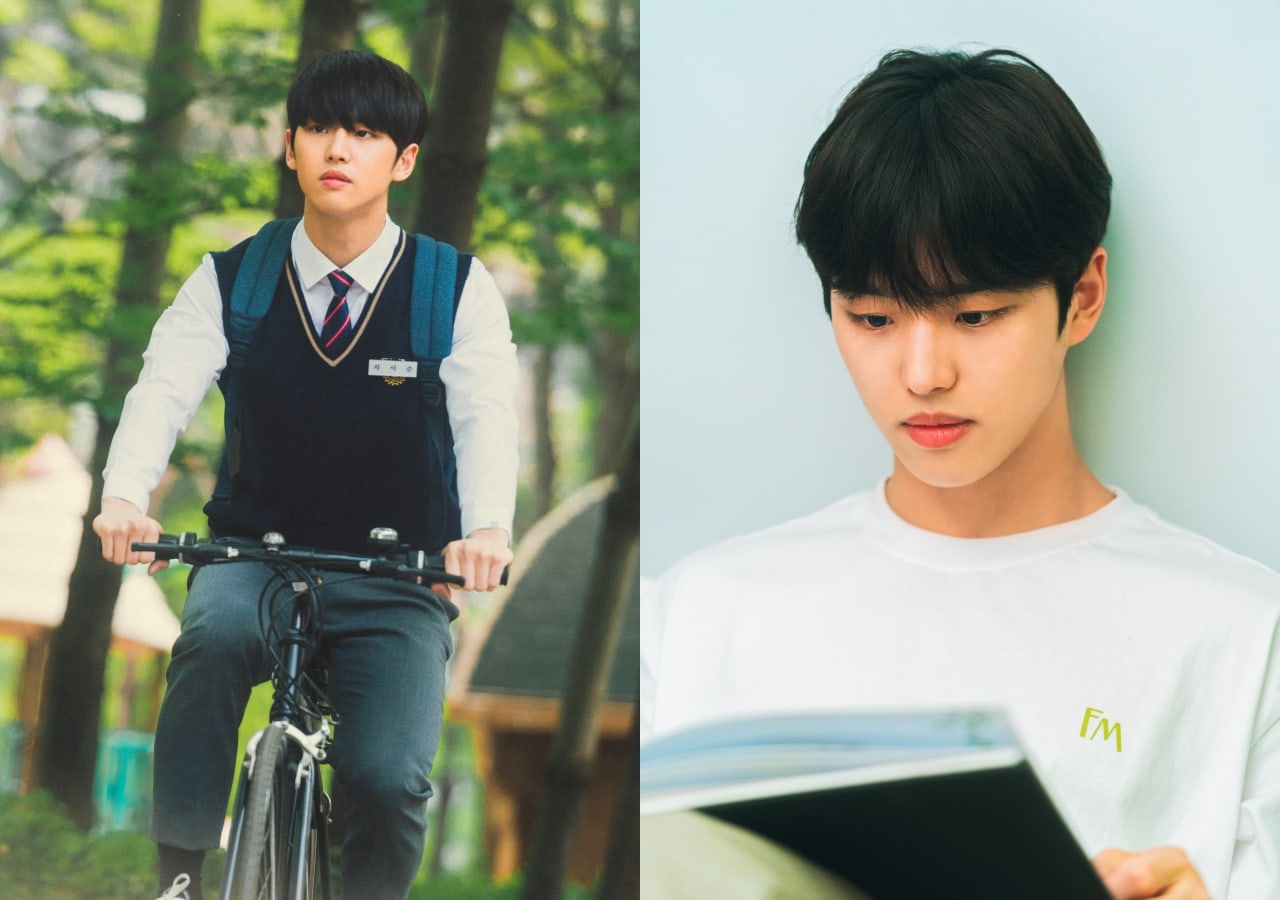 Concerning his teamwork with Yeri, Hongseok remarked, “I met her for the first time during the script reading, and she has a very pleasant personality. We were able to get close easily because we could communicate well. As we got closer during each shooting, we were able to easily set up the [friendship between] Ji Seo Jun and Oh Ha Rin, who have been friends for ten years. Shout-out to Kim Yerim (Yeri’s real name)!”

Lastly, Hongseok commented, “To our prospective viewers who have been waiting for a long time! Finally, ‘Blue Birthday’ is about to be released. It’s a project that we enjoyed shooting and filmed with interest, so I hope it can be a fun and good drama.”

“Blue Birthday” will premiere on Naver TV on July 23 at 7 p.m. KST, and it will also be released on YouTube on August 6 at 7 p.m. KST. In the meantime, check out the latest teaser for the drama here!

In the meantime, watch Hongseok in “The Best Chicken“: