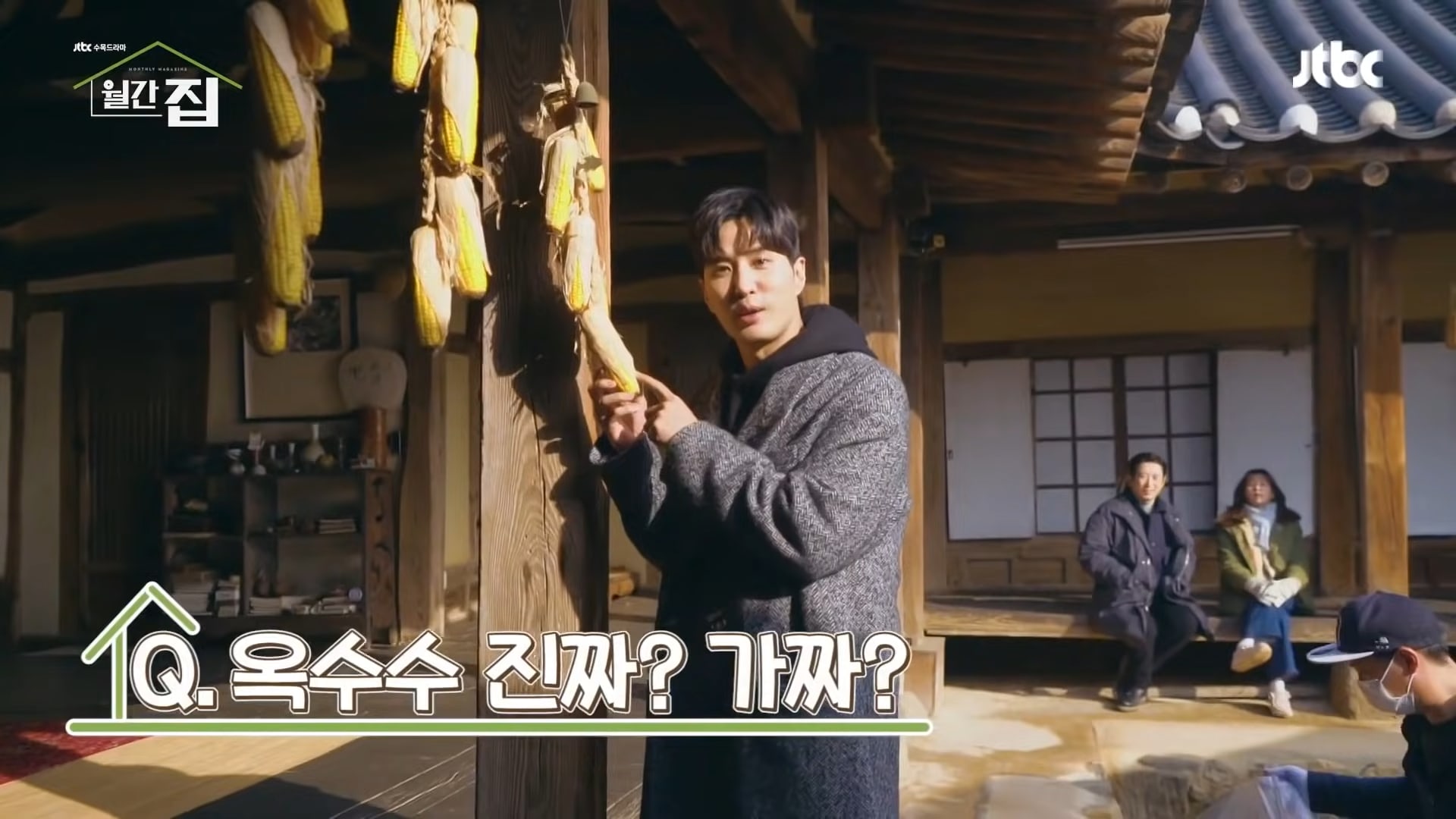 Later on while filming the scene where the actors eat dinner together, Kim Ji Suk sneaks snacks into his mouth and smiles sheepishly when the camera catches him. Chae Jung An points out that he’s on a diet, and Kim Ji Suk reassures her that he won’t gain weight by eating this. Jung So Min advises him to eat two meals a day and cut out all snacks from his life. Kim Ji Suk jokes, “You cut them out of your life. Look who’s talking. You ate a chocolate bar this big earlier. You even drank milk.” He looks at the camera and comments, “We planned to go on a diet together, but she’s [eating everything].” Then he playfully quips, “I guess you don’t eat meals at all,” and his honest jab makes Jung So Min crack up. 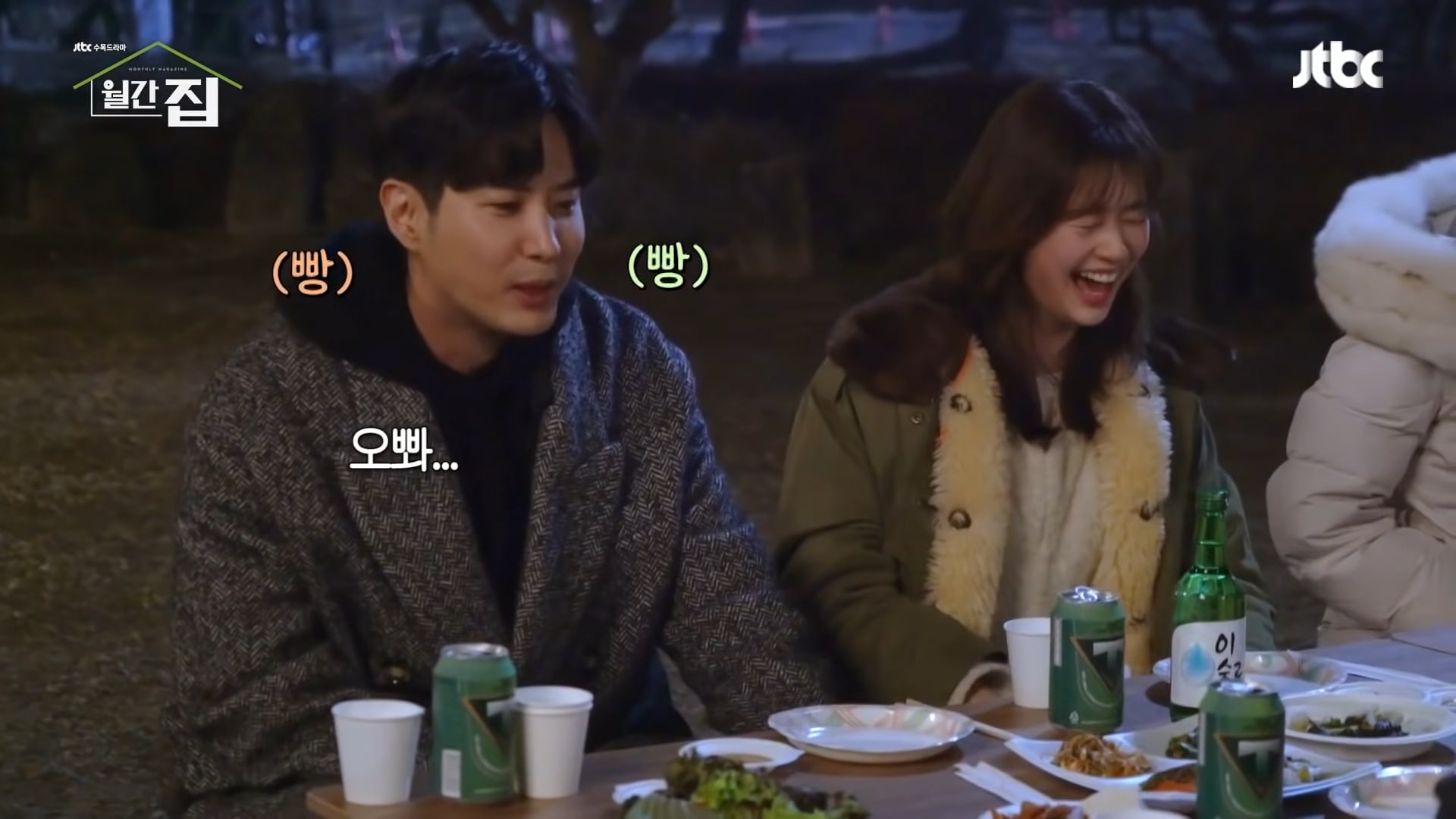 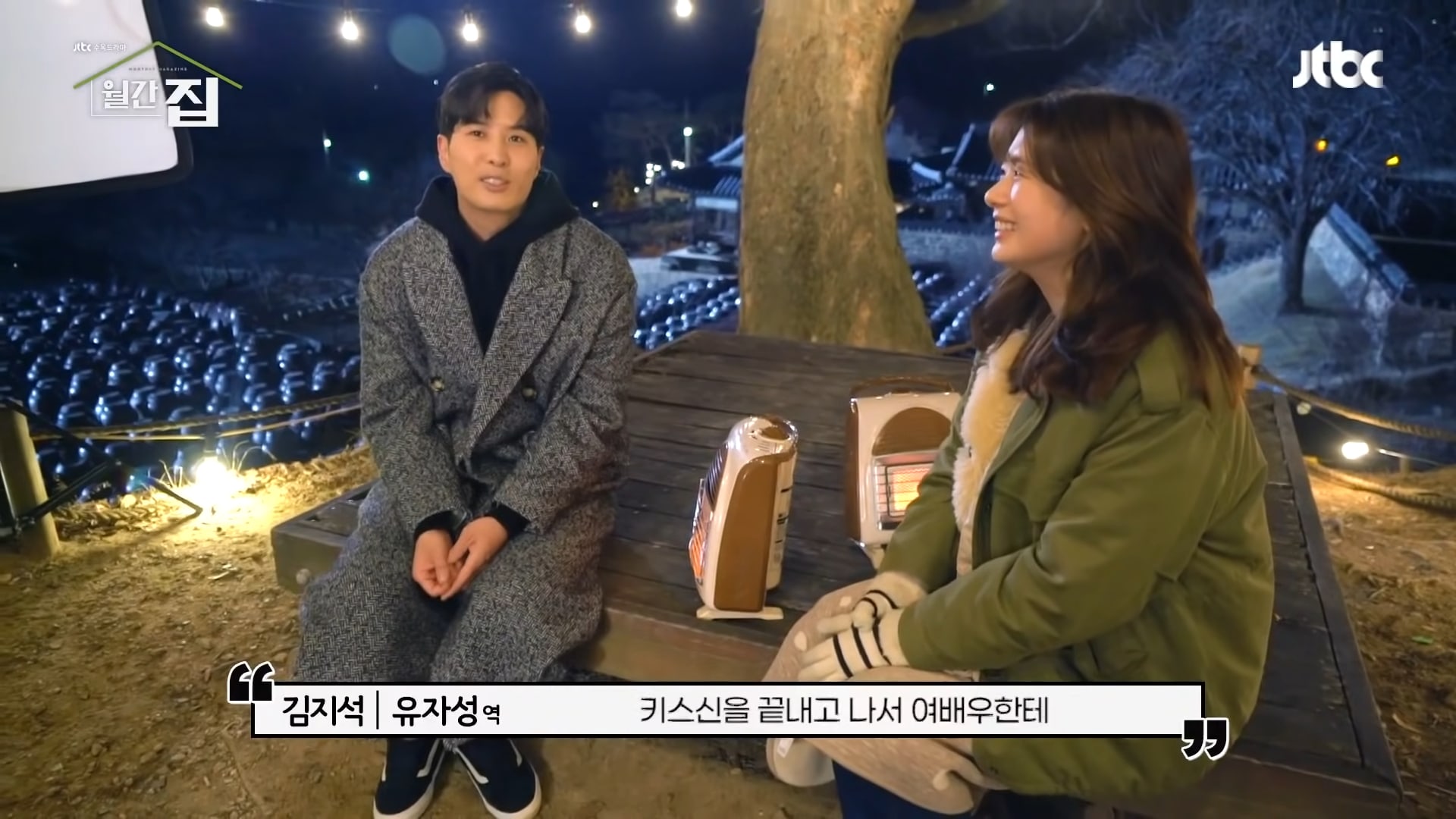