On the previous episode of “Nevertheless,” Yoo Na Bi (played by Han So Hee) ended things with Park Jae Uhn (Song Kang), which led to an unexpected change in their dynamic. Determined to win her back, Park Jae Uhn volunteered to become an assistant for her gallery exhibit and made efforts to regain Yoo Na Bi’s trust.

In the drama’s upcoming episode, Park Jae Uhn travels a long way in an attempt to recapture Yoo Na Bi’s heart—only to face a new rival in the form of her childhood friend Yang Do Hyuk (played by Chae Jong Hyeop).

The newly released stills show Park Jae Uhn wearing a wistful expression as he comes upon Yoo Na Bi together with Yang Do Hyuk. Yoo Na Bi looks back at him with conflicted feelings flashing across her face, while Yang Do Hyuk appears stiff as he stares awkwardly at their uninvited visitor. 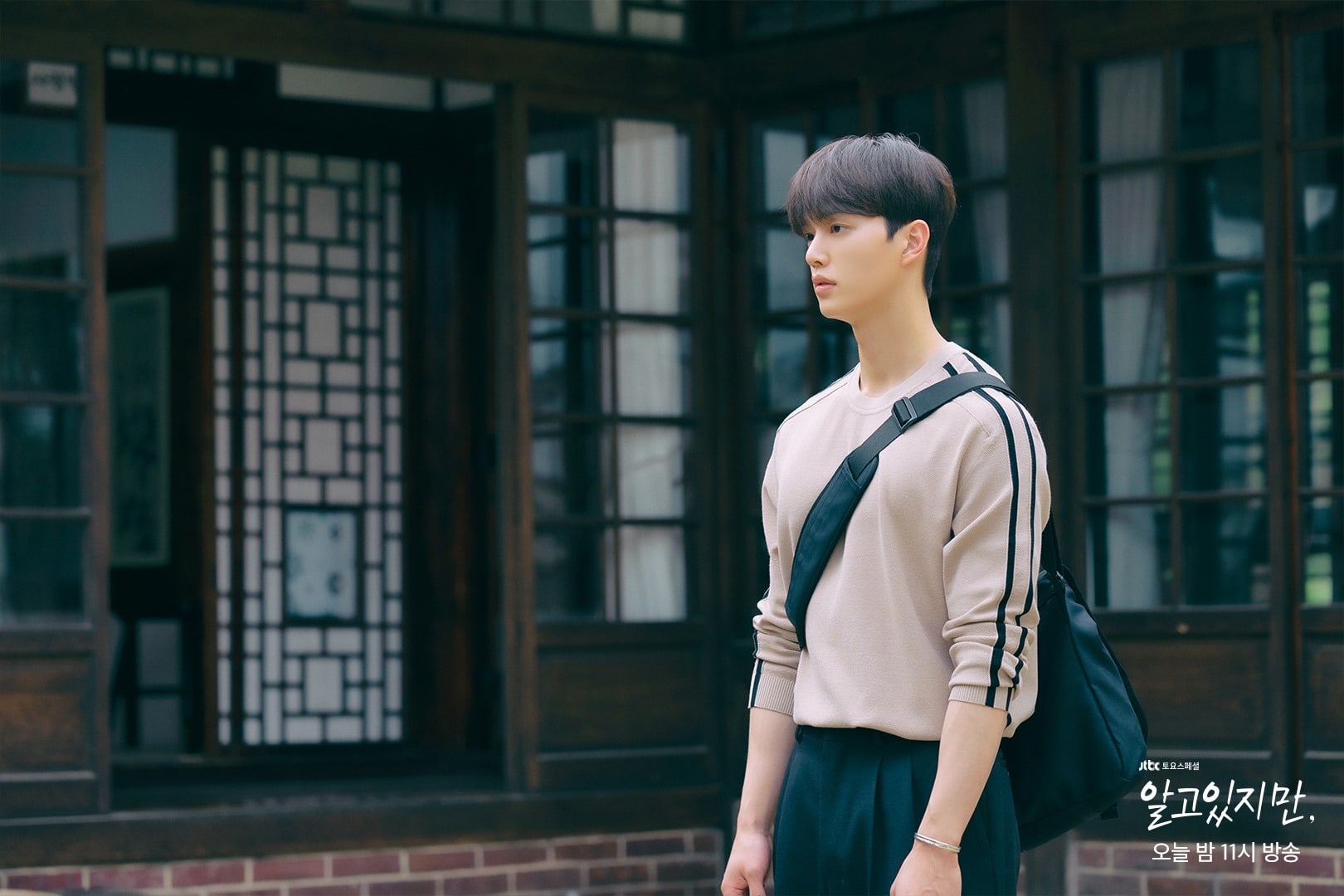 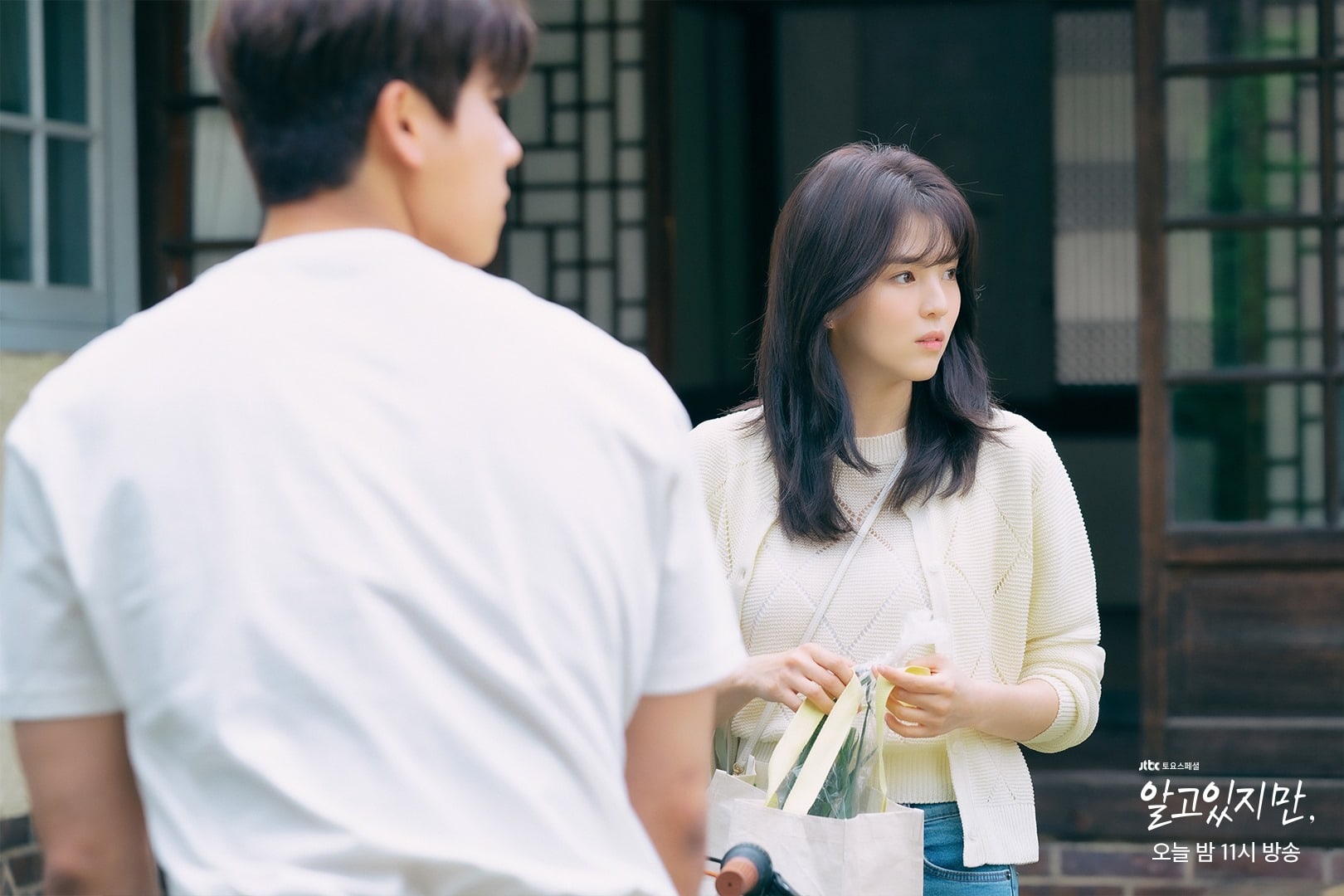 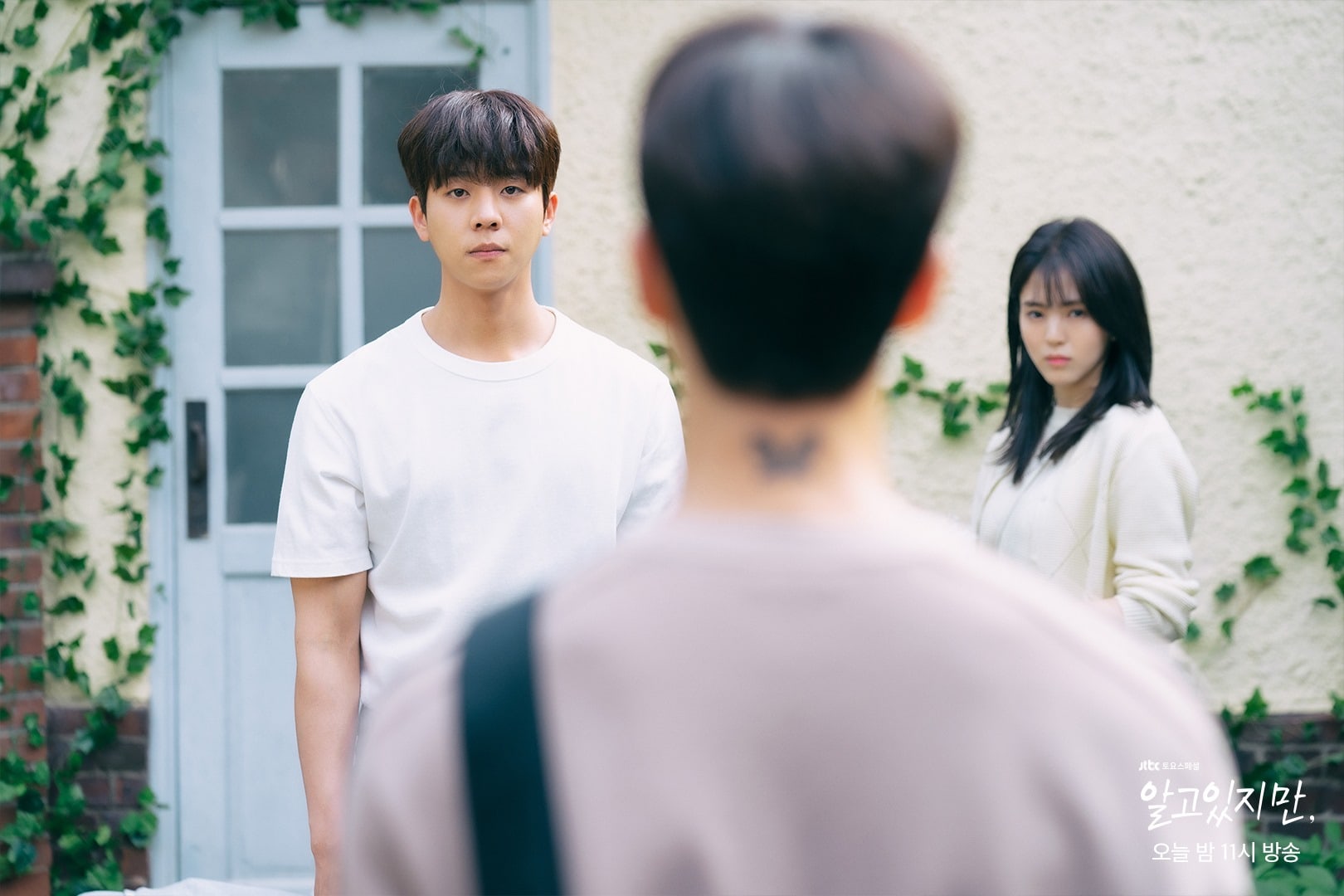 As “Nevertheless” heads into the second half of its run, Song Kang remarked, “The [second half] of the drama will depict the characters’ changing emotions, including those of Yoo Na Bi and Park Jae Uhn, and the journey of resolving those feelings. I think you’ll be able to enjoy the drama more if you focus on those aspects of the story. Please show a lot of love for the newly unfolding second half of ‘Nevertheless.'”

In the meantime, watch Chae Jong Hyeop in his new drama “The Witch’s Diner” below!