In one clip of the behind-the-scenes video, Jung So Min and Kim Ji Suk film a scene from Yoo Ja Sung’s imagination where they’re about to have an intimate moment. During rehearsal, Kim Ji Suk swiftly carries Jung So Min into the bedroom, but Jung So Min can’t hold in her laughter. They start to officially shoot the scene, and both actors professionally film without any mistakes. As soon as the first take is over, Kim Ji Suk helps his co-star up and checks on her to see if she’s okay. She assures him she’s fine while laughing brightly, and they go right into filming the same scene from a different angle. 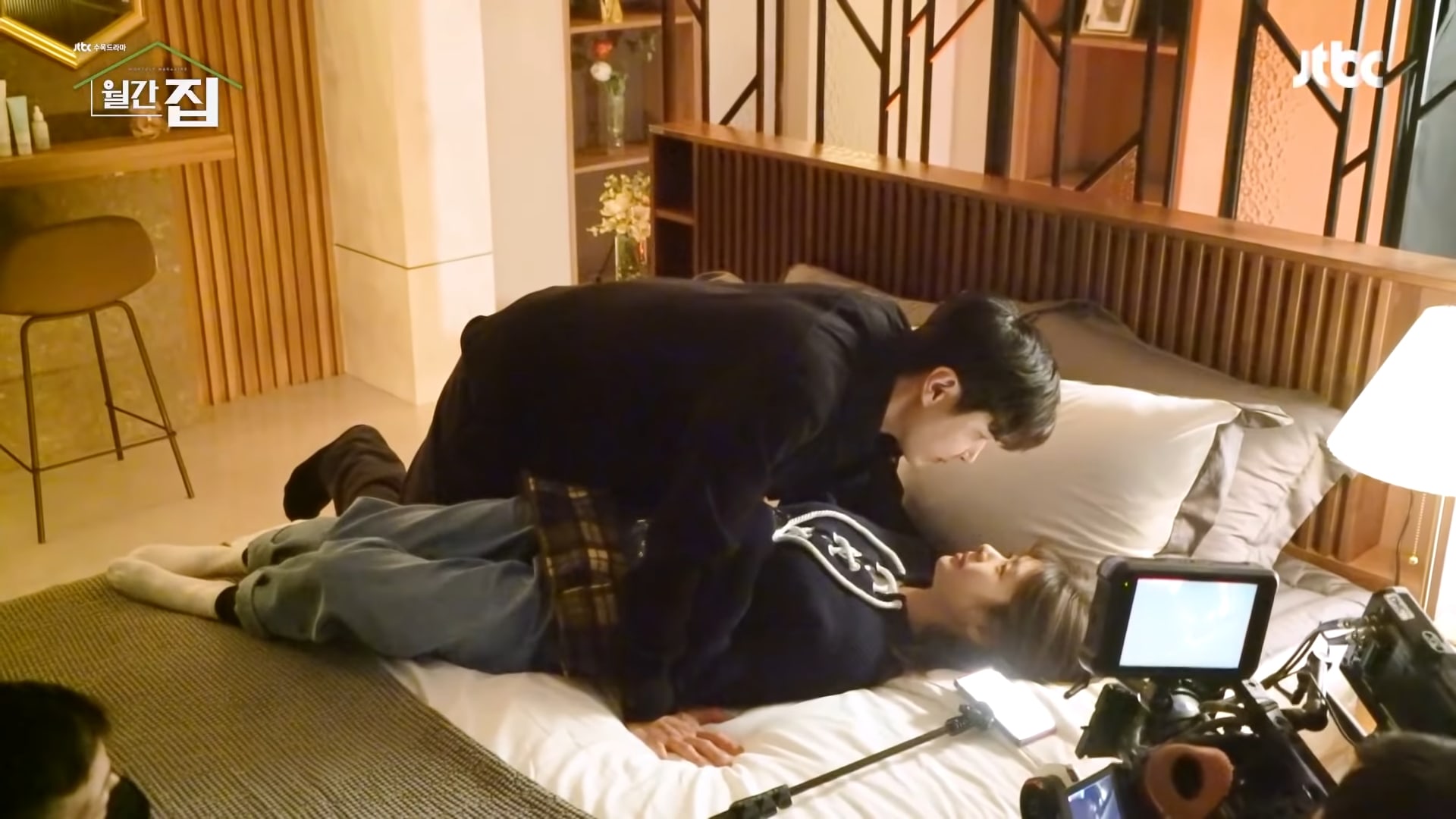 The two actors then film the scene where Na Young Won surprises Yoo Ja Sung with a birthday cake. Everything seems to be going smoothly until Jung So Min suddenly bursts into laughter. Kim Ji Suk asks, “The candle was about to blow out, huh?” Jung So Min replies, “Yes, but more than that, you suddenly [nodded when I said ‘happy birthday’].” Kim Ji Suk stares at the making-of camera in disbelief and shakes his head as he shrugs cluelessly. He comments, “I have no idea why she’s laughing.” That causes Jung So Min to laugh even harder, and she explains his reaction seemed so random. Kim Ji Suk jokes, “It’s not like I can [shake my head].” 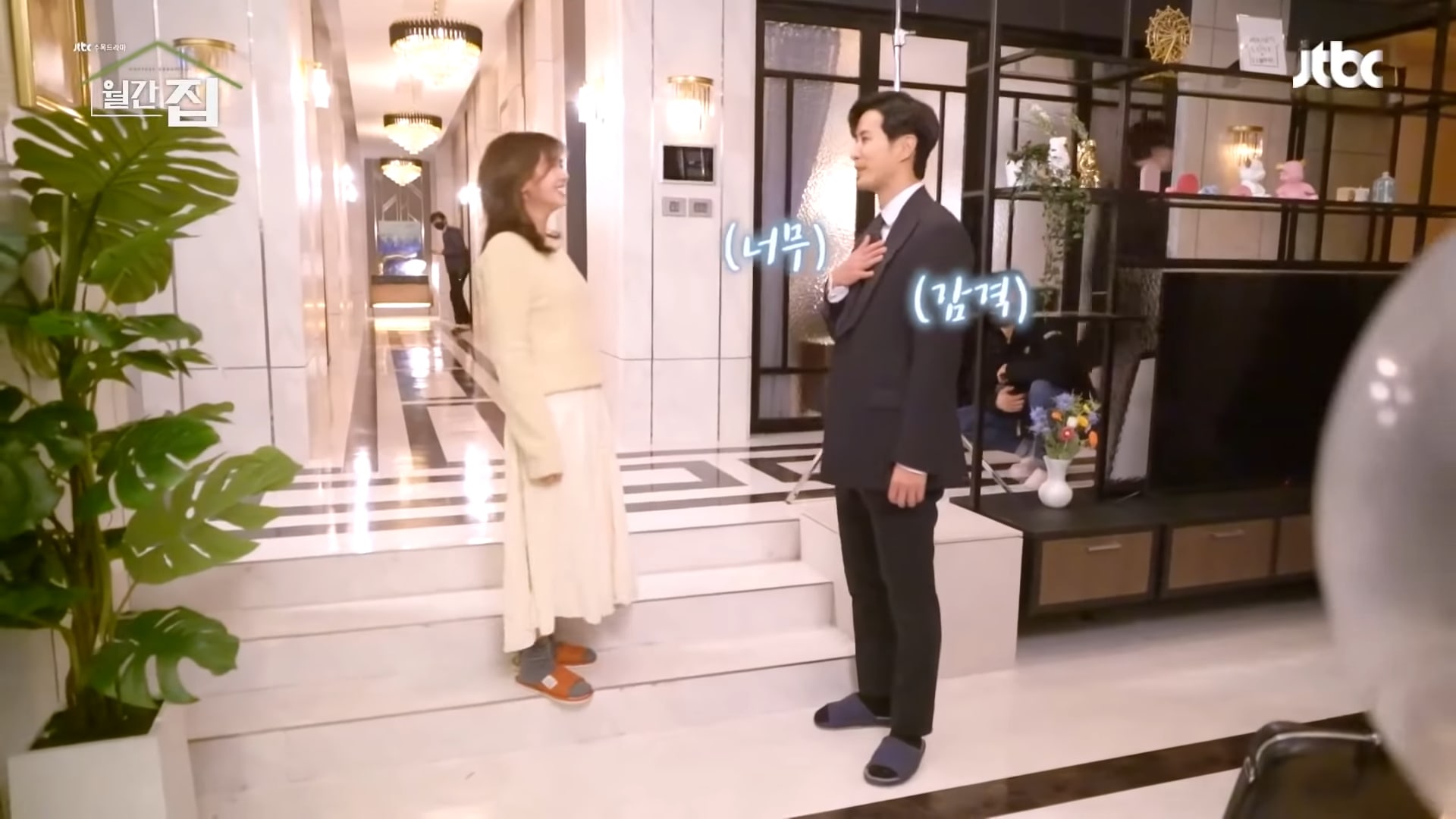