(G)I-DLE’s Jeon Soyeon On Wanting To Produce For Other Artists, Singing As Member Of Virtual Girl Group K/DA, And More

(G)I-DLE’s Jeon Soyeon captivates with her bold and charismatic poses for the August issue of Arena Homme Plus!

For the “Wild & Loud” pictorial concept, Jeon Soyeon impressed the staff with her powerful presence and was showered with praises. Regarding her overflowing energy despite her small stature, Jeon Soyeon explained, “I think I don’t seem small because I’m always being myself and trying to say what I want to say. I don’t worry about what others think, and I do what I want.” 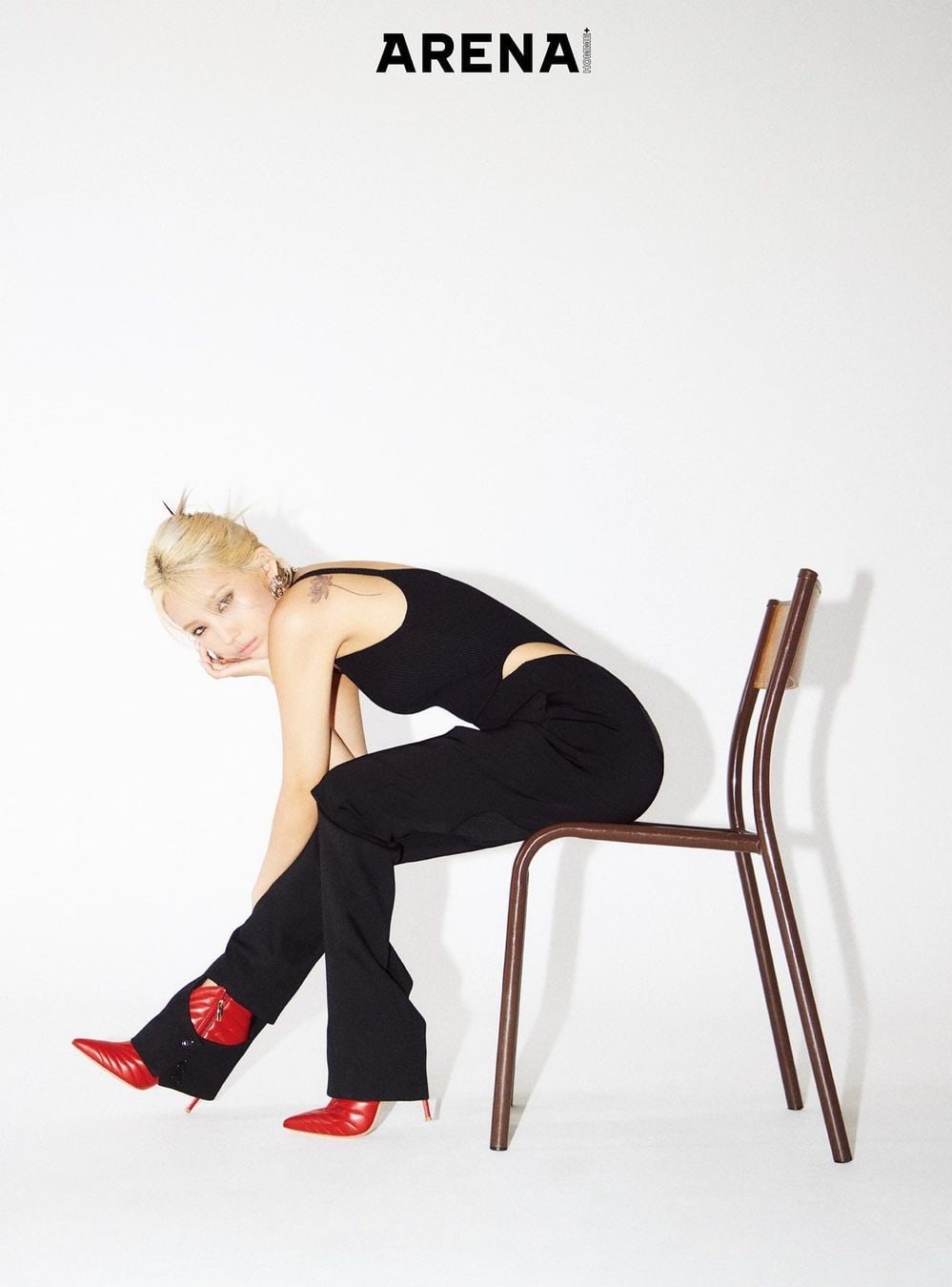 Before Jeon Soyeon debuted with (G)I-DLE, the artist made her solo debut with the 2017 debut single “Jelly.” Recently, Jeon Soyeon released her new solo mini album “Windy.” She shared, “It captures the story I want to tell as the human Jeon Soyeon rather than as a team leader. I always say that I want to live like the wind. I want to live each and every day with excitement, and I want to go where my heart is drawn towards regardless of where that is. ‘Windy’ is an album that tells the story that my alter ego ‘Windy’ wants to tell.”

For this solo album, Jeon Soyeon personally created a team and participated in the entire process of the album production, such as picking the concept, visual directing, producing, music video production, and marketing. She explained, “I just have to do it myself to feel comfortable. I don’t want to blame anyone else regarding my work. I would rather do it the way I imagined, and if it doesn’t work out, then it’s my responsibility.” 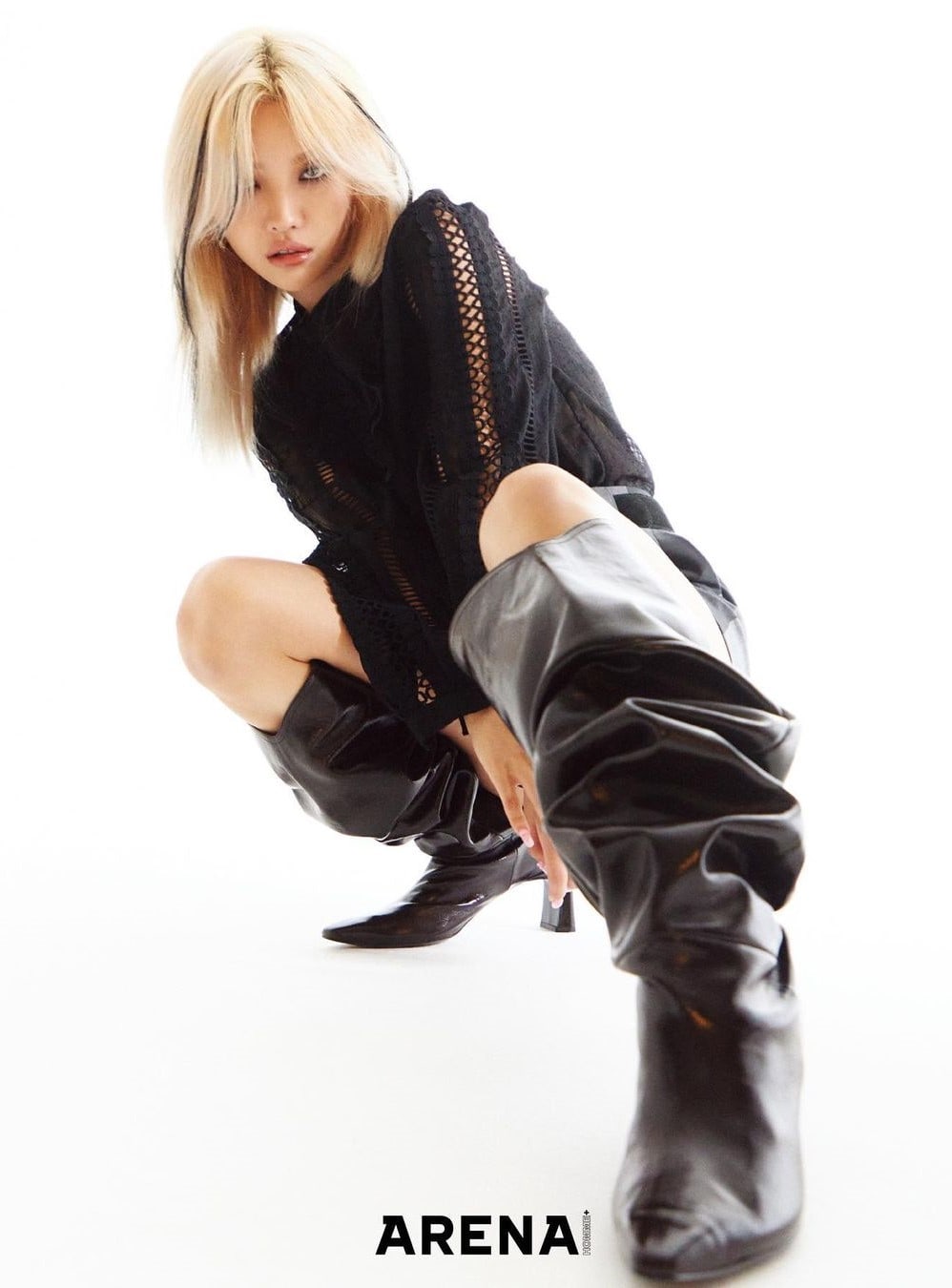 On the difference between producing and standing on stage, Jeon Soyeon shared, “It’s really thrilling to stand on the stage, but the feeling of satisfaction when the project I produced comes out well overall is really great. I’m working hard to fulfill the wishes of the Jeon Soyeon on stage as well as the producer Jeon Soyeon.” Adding that she wants to try producing for other musicians, she shared, “I can work really hard. Rather than giving just the song, I want to be a producer that creates the general concept together.”

Jeon Soyeon also elaborated on her belief that people come first before concepts. She shared, “I hope that people who really seem like they’d be alive somewhere or playing somewhere appear on the stage.” Though she’s one of the singers for the virtual group K/DA from the game “League of Legends,” Jeon Soyeon shared, “I always want to be a person. I want to sing human emotions, and I want to stand on stage as a living person. I always want to adorn (G)I-DLE with human emotions. K/DA was fun because it was me as a person standing on the stage while acting as a game character rather than it being Artificial Intelligence (AI). However, it’s still difficult for me to empathize with a virtual singer.” 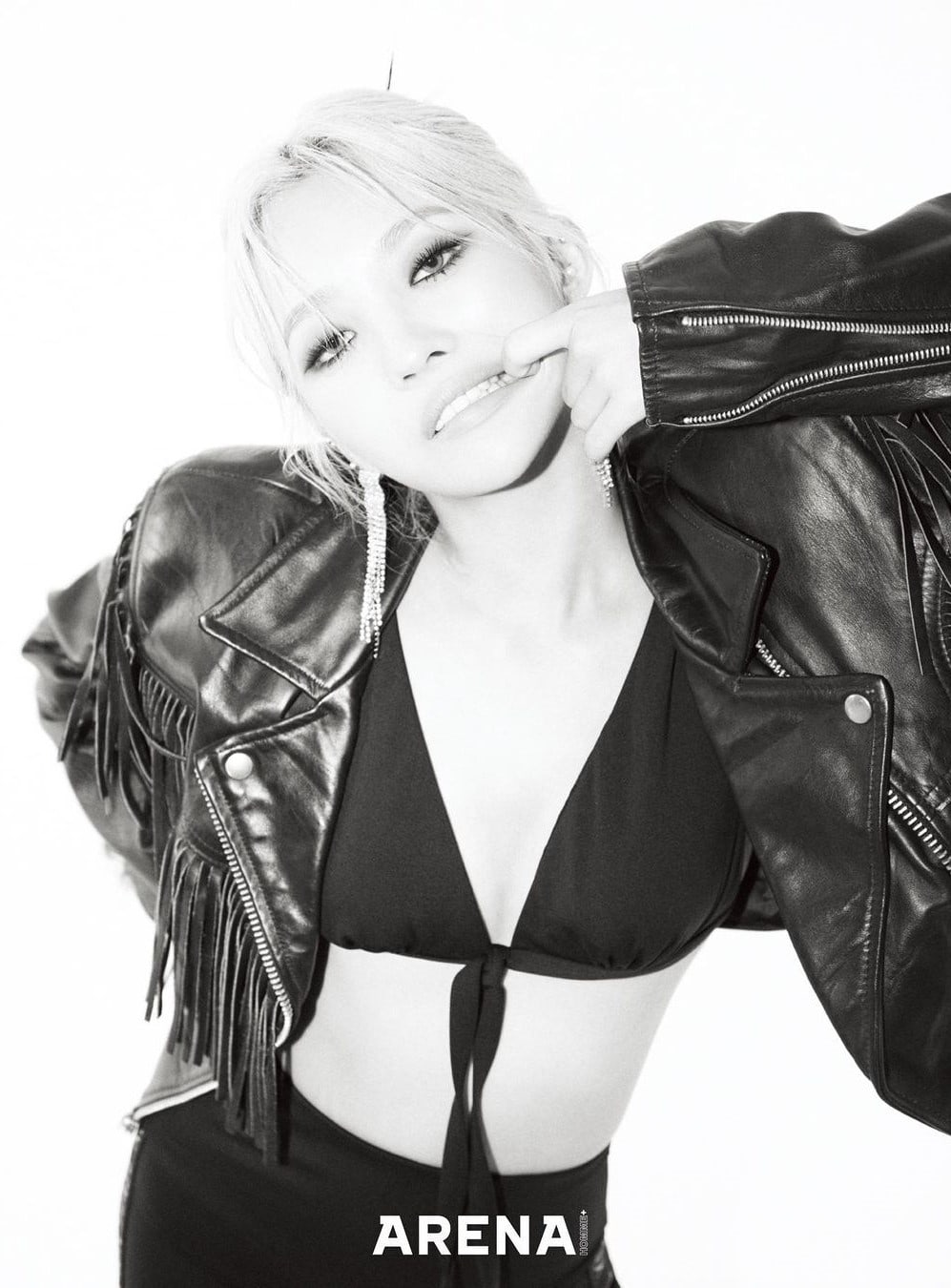 Jeon Soyeon added that she would be able to empathize more with AI when the day comes that they can express the fact that they can’t love like humans because they’re AI. She shared, “A lot of times, I listen to the music because I like the lyrics. While listening to songs, I listen while empathizing with the emotions and thoughts the person had. I don’t think there’s anything that can replace humans yet.”

Finally, the artist shared, “I trust in my intuition. I originally had doubts since everything I want to do can’t all be right. However the company CEO supported me by saying, ‘Soyeon appears to have great sense, so trust in your intuition,’ and I got the thought that my feeling of wanting to do something could become a reason. Looking back, the results were always good when I went with the way I felt.” 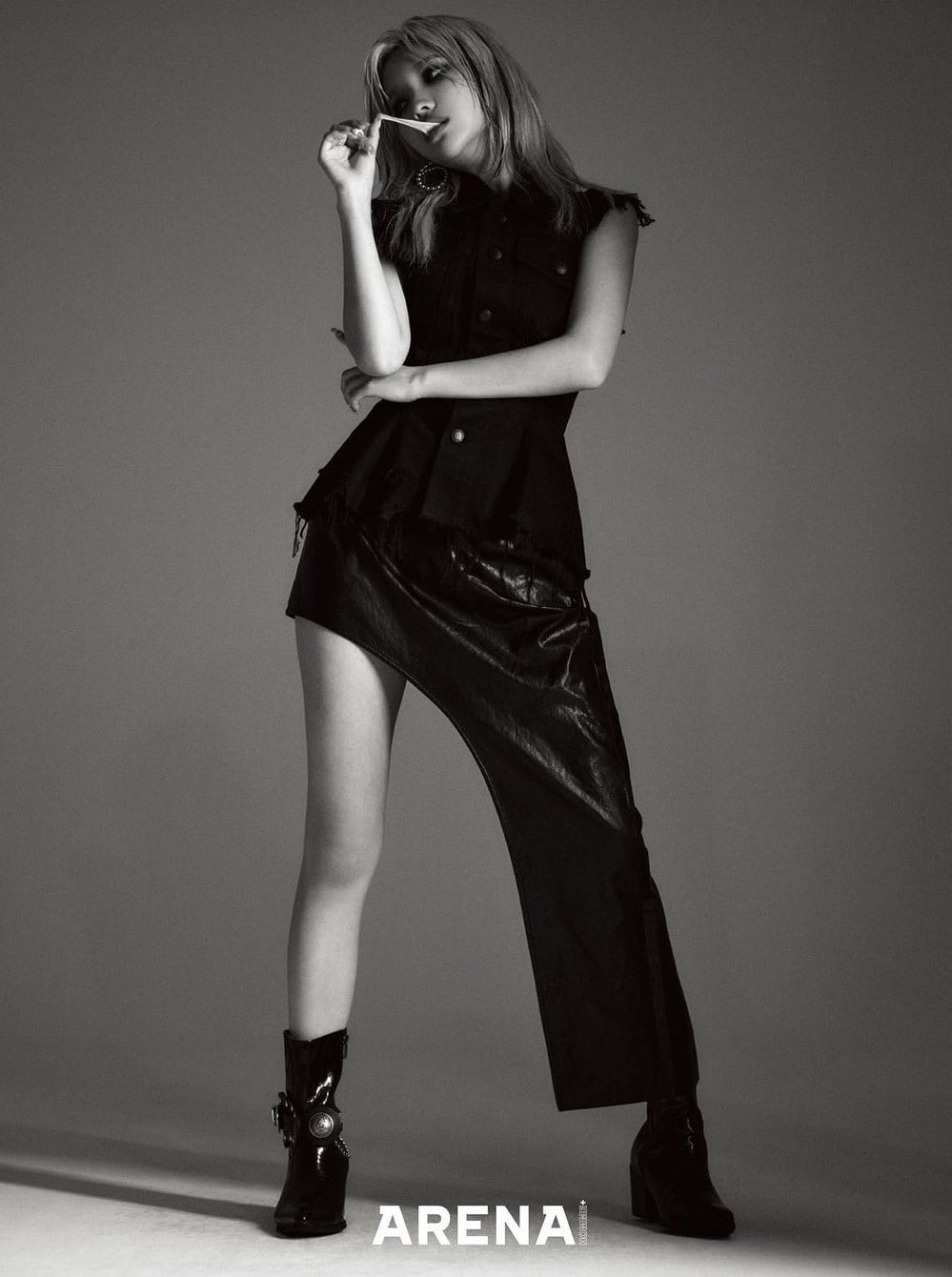 (G)I-DLE
Arena Homme Plus
Jeon Soyeon
How does this article make you feel?