In the new stills, Ga Doo Shim and Na Woo Soo are wearing white track suits. She’s holding an axe over her shoulder, while he’s firmly holding onto rope. Their expressions are filled with charisma and determination, and they walk solemnly as if they are warriors going out into battle. There’s a hint of nervousness on Na Woo Soo’s stiff face, but Ga Doo Shim seems rather unfazed by what’s about to happen. Expectations are high for these two actors who started acting since they were children, and it will be interesting to see their brilliant teamwork come to life on the small screen. 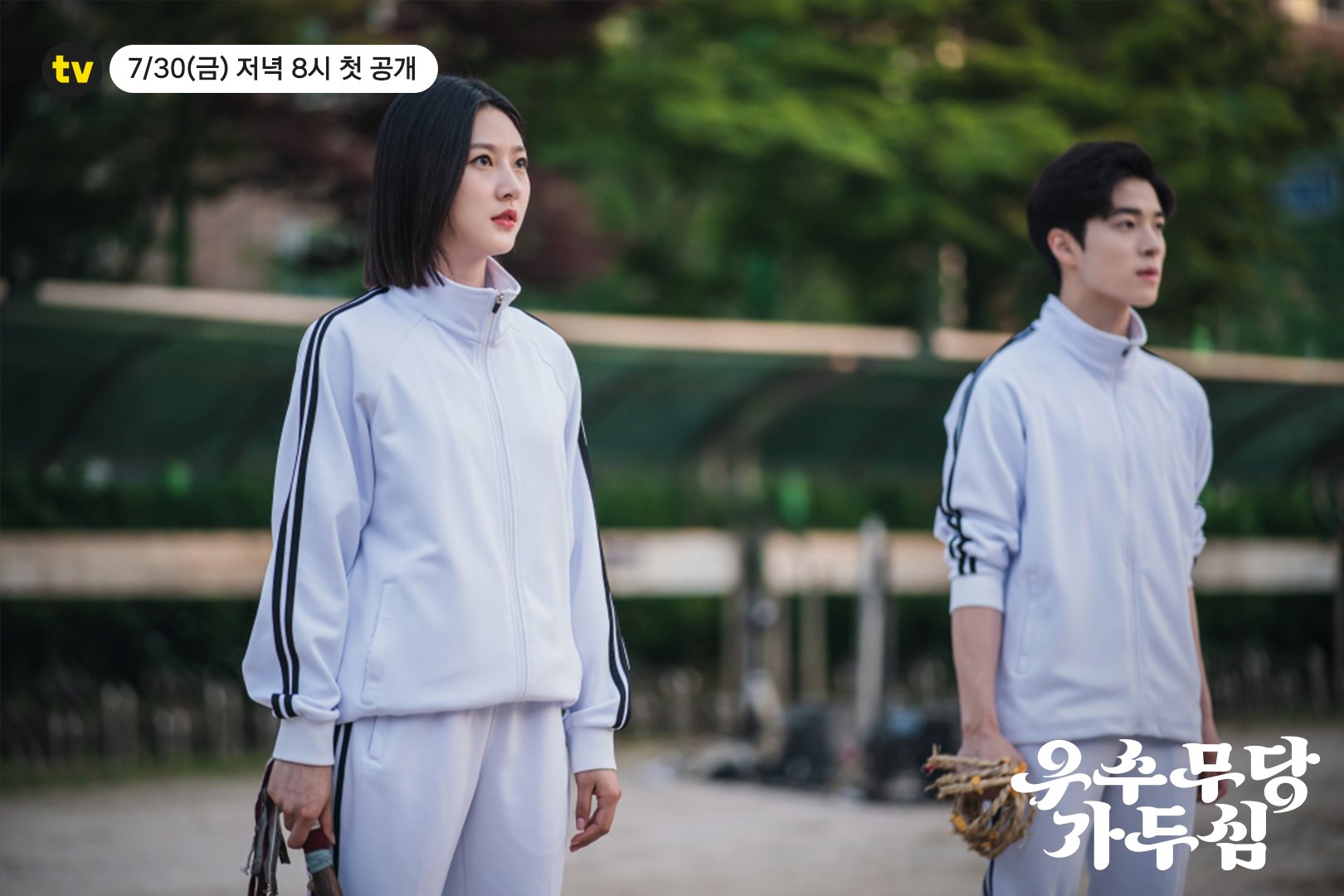 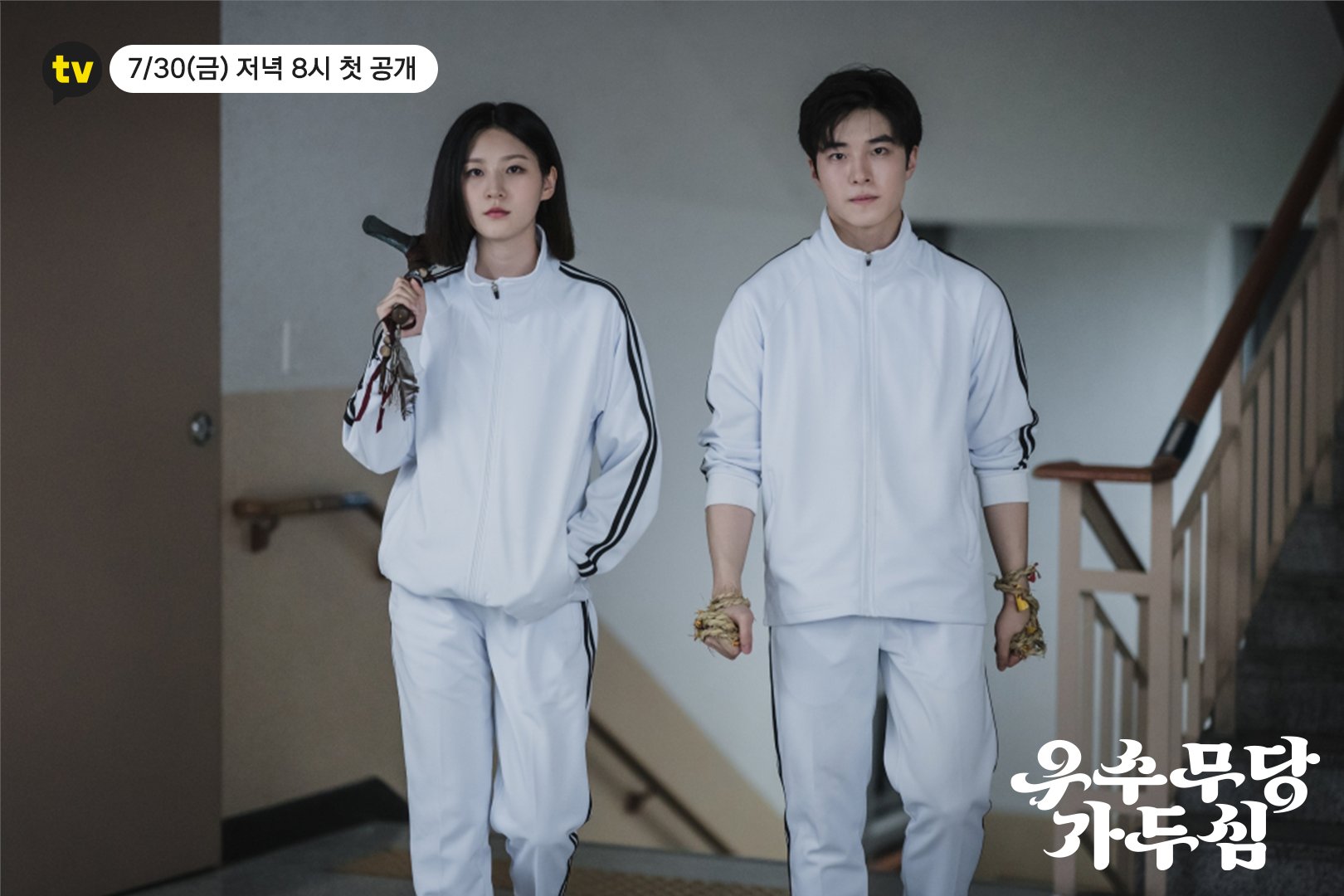 The production staff stated, “Kim Sae Ron and Nam Da Reum have such great chemistry during filming that it seems like they’re best friends in real life. The exorcism duo, which will be created by an unexpected combination of a female shaman who just transferred to the school and the top student of the school, will give viewers fresh fun, so please look forward to it.” 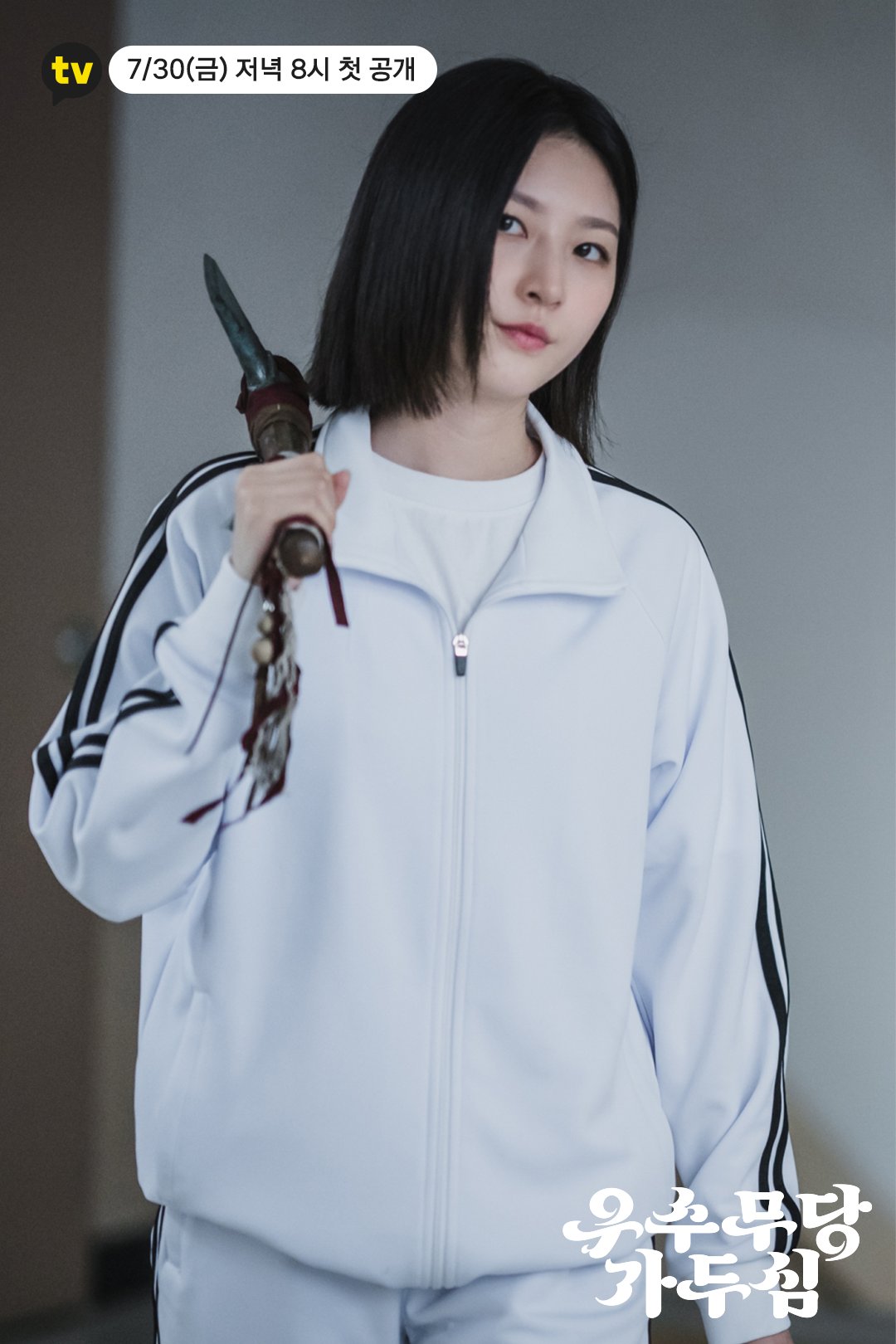 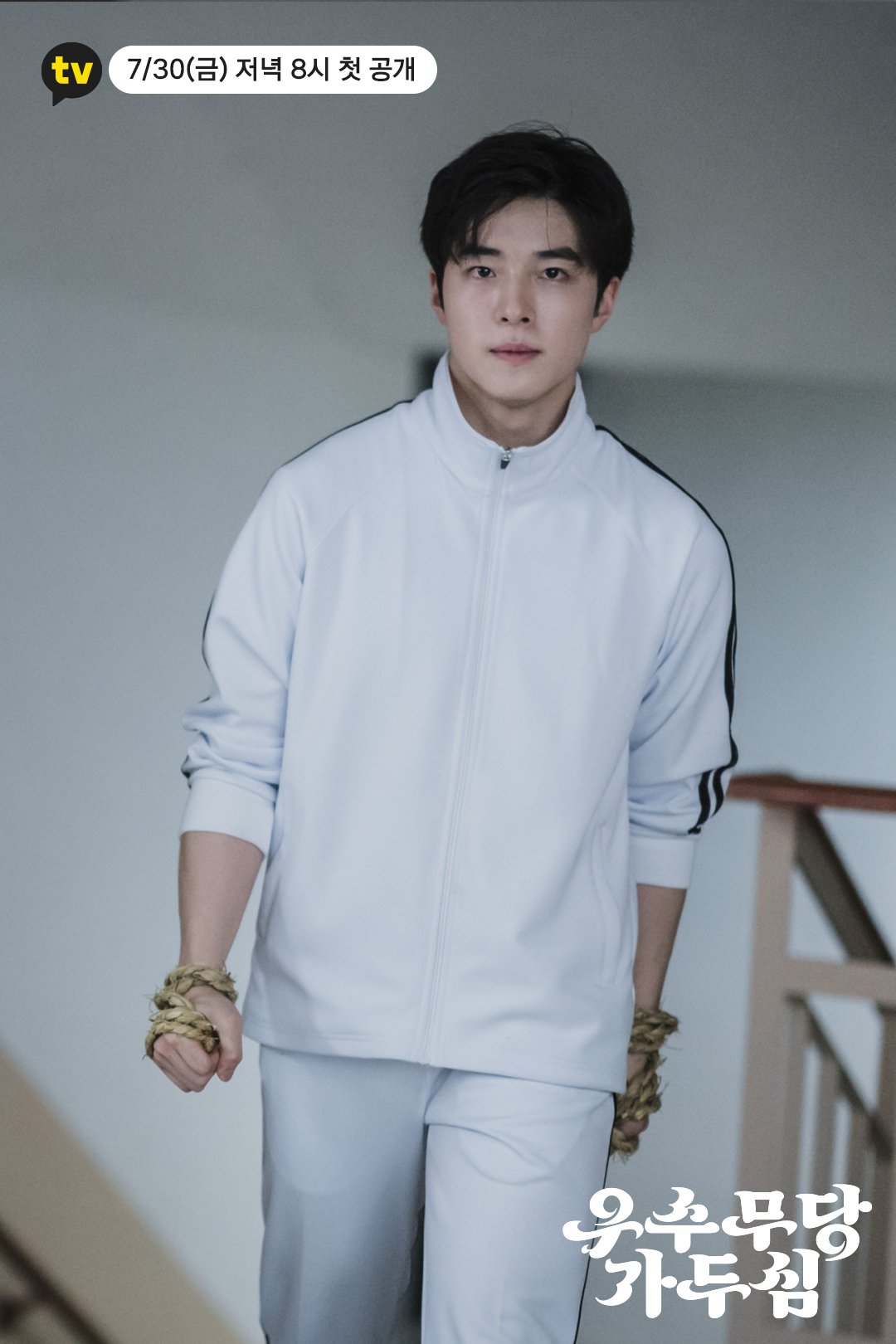 “The Great Shaman Ga Doo Shim” will air in 20-minute episodes for 12 episodes total and premiere the first two episodes on July 30. Check out a teaser here!

In the meantime, watch Nam Da Reum in “Beautiful World“: