Dreamcatcher Talks About Their Latest Comeback Concept, Introduces Songs On Their Album, And More

This is Dreamcatcher’s first comeback in six months after concluding their “Dystopia” album series with “Dystopia: Road to Utopia” in January. Handong said, “After six months, Dreamcatcher has returned with a summer vibe. We’ll be showing good performances, so please look forward it. Apart from the title track, all the b-side tracks are good too, so please listen to them as well!”

Gahyeon added, “We prepared a special Dreamcatcher-style summer song that sounds refreshing to InSomnia [fandom name] all around the world.”

The title track, “BEcause,” is about the obsession and desire for love that combines the pizzicato sound of string instruments with vocals to create an occult vibe. It contains some of Dreamcatcher’s trademarks such as a metal rock sound and a dark and dreamlike atmosphere.

Introducing their album, Siyeon said, “The ‘Intro’ is what opens the door to Dreamcatcher’s summer horror concept.” Dami said, “[‘BEcause’] is what happens when love grows into obsession.” Gahyeon said, “‘Airplane’ is about the feeling of going on a trip under blue skies. We can’t travel right now in these times, so we hoped that listeners could feel like they were traveling through our clear voices.” Yoohyeon said, “‘Whistle’ has an addictive whistling melody that makes you think of a beach under a night sky.” JiU said, “‘Alldaylong’ is a song in the city pop genre. It’s a genre that I really like and I got the chance to make it here. It’s a song about a destined love. I worked on the song while thinking, ‘It would be nice if Dreamcatcher tried this genre.'” Handong said, “‘A Heart of Sunflower’ is about a faithful heart that doesn’t change, like a sunflower.”

Asked to pick their favorite tracks apart from the title track, SuA, JiU, Gahyeon, Siyeon, and Dami picked “Airplane,” while Handong and Yoohyeon picked “A Heart of Sunflower.”

Dreamcatcher shared that their concept had been a little different for this comeback. Yoohyeon explained, “We’d never done a love song for a title track before, so this is our first time singing about love like this. We interpreted it in Dreamcatcher’s own style.”

Dami said, “We’ve always shown tough and strong images before, but this time we wanted to focus on our lines and show that we’d changed. We focused a lot on our lines while dancing. Personally, I’d rather be remembered as ‘spicy’ [cheongyang] than ‘refreshing’ [cheongryang]. When I rap on stage, I didn’t want to do it like usual, so I practiced my gestures and changed little details like that.”

JiU said, “The members are all good at acting with their facial expressions, so this concept was really fun. I’d like to try a heist or detective concept next time.”

Handong said, “I think that we have a different kind of summer concept than other people. Rather than a typical kind of ‘refreshing’ concept, Dreamcatcher will beat the summer heat by giving people a sense of chills.”

Dreamcatcher released their special mini album, “Summer Holiday,” and title track “BEcause” on July 30 at 6 p.m. KST. Check out the MV here! 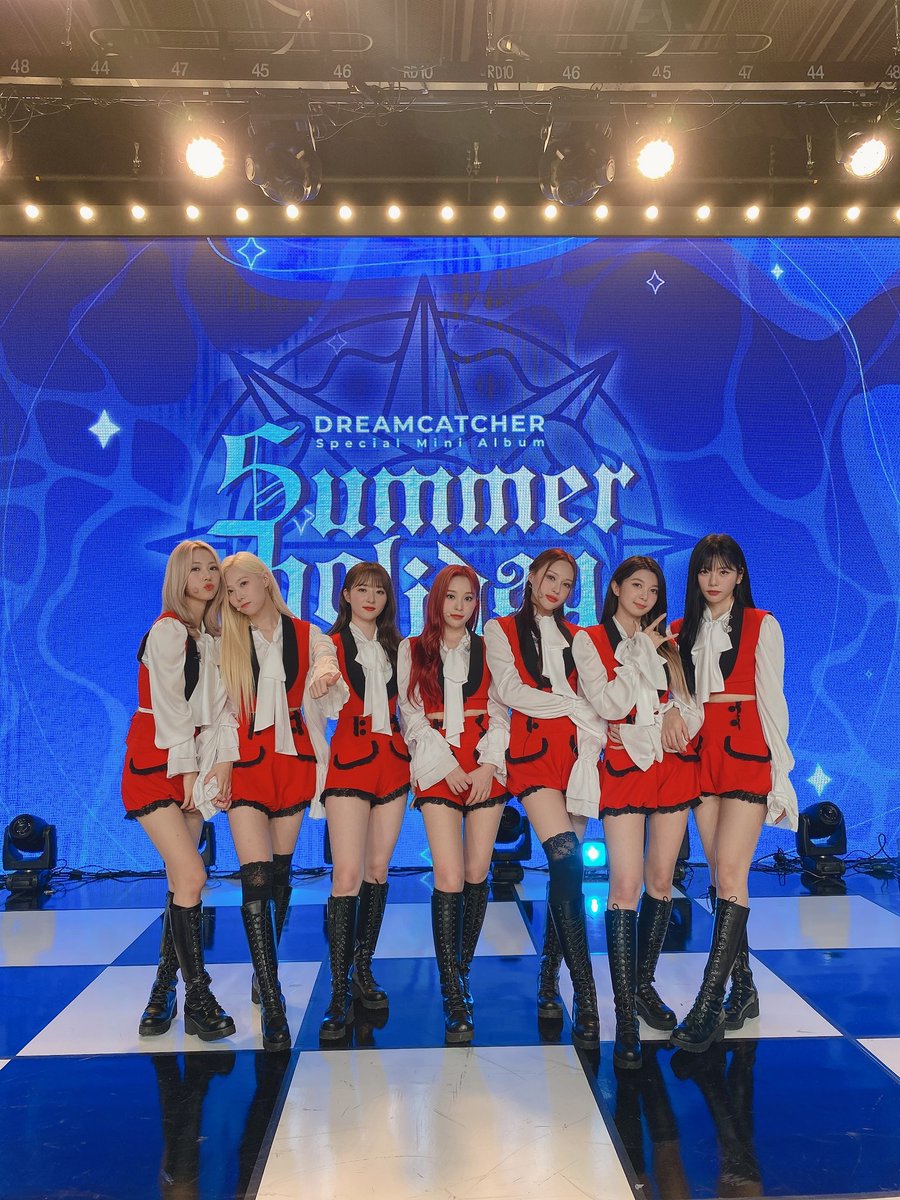