After spending two weeks in the hospital due to COVID-19, BTOB’s Minhyuk opened up about his experience and recovery.

On July 30, Minhyuk held an Instagram Live broadcast to share the happy news that he had finally been discharged from the hospital.

Earlier this month, Minhyuk went into self-quarantine as a precautionary measure after his vocal teacher tested positive for COVID-19. While Minhyuk initially tested negative for the virus, he was diagnosed with COVID-19 just three days later, and he ended up being hospitalized on July 17 after developing a cough and high fever.

Despite being in good spirits, Minhyuk noticeably kept coughing throughout his broadcast—and would often break off in the middle of a sentence to cough before returning to speaking.

“I was discharged from the hospital today,” he announced. “People are saying [in the comments] that I lost a lot of weight, and that’s true… I weighed myself today after leaving the hospital, and I weighed less than 58 kilograms [approximately 128 pounds]. I lost four to five kilograms [approximately 9 to 11 pounds] while I was in the hospital, and I think I lost a lot of muscle mass because I couldn’t work out during that time.”

However, he reassured fans, “I’ve gotten better now, and that’s why I was discharged.” 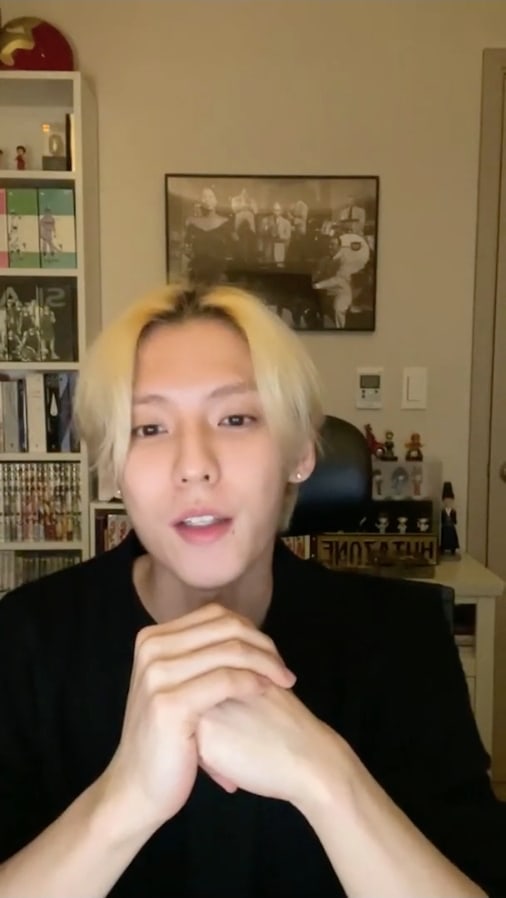 Describing how he wound up in the hospital, Minhyuk explained, “Since I was a symptomatic COVID-19 patient, I was contacted about whether I should go to a community treatment center or a hospital. But my temperature kept rising from 39 to 40 degrees Celsius [approximately 102 to 104 degrees Fahrenheit], so on Saturday, two weeks ago, an ambulance came in the wee hours of the morning, and I ended up being hospitalized. For about a week, I barely knew what was going on.

“For about seven to eight days, starting from the day my symptoms first appeared, my temperature stayed 39 degrees for that entire week. They kept giving me fever reducers at the hospital, but even with the fever reducers, the lowest my temperature ever got was 38.3 degrees or 38.5 degrees Celsius [approximately 101 degrees Fahrenheit].”

Minhyuk went on to urge his fans to be careful, commenting, “These days, I see that there are a lot of COVID-19 patients who are asymptomatic or who only have mild symptoms. But even though I was fortunate enough not to become a severe case, I want to tell you this, as someone who suffered a lot before being discharged [from the hospital]: I want to urge you to please be careful, really. I started this live broadcast because I wanted to tell you that you should make sure to be careful.”

He added, “In my case, my fever, headache, and cough were really severe. At the beginning, my cough was so severe that I couldn’t breathe because I was coughing so hard. Because my fever would go up to 40 degrees Celsius [104 degrees Fahrenheit] in the middle of the night and my coughing was so severe, I was basically out of my mind for about a week. My head hurt so much that it really felt like it would shatter. Since my headache was so severe, I really didn’t even know what was happening in the first week that I was [in the hospital]. I went through a really, really, really hard time because I was so sick.”

“There’s been a resurgence in [COVID-19] cases recently, and I really hope you’ll make sure to be careful,” he repeated. “What I want to say is this. When someone gets COVID-19, it’d be a relief if they were able to recover without any symptoms or after experiencing only mild symptoms. But you never know what might happen.”

“Honestly, I was someone who was very healthy, but I still suffered a lot [because of the virus],” he pointed out. “In order to not get sick, the top priority is not getting COVID-19 at all. So please take good care of yourselves, and I hope you won’t get sick.” 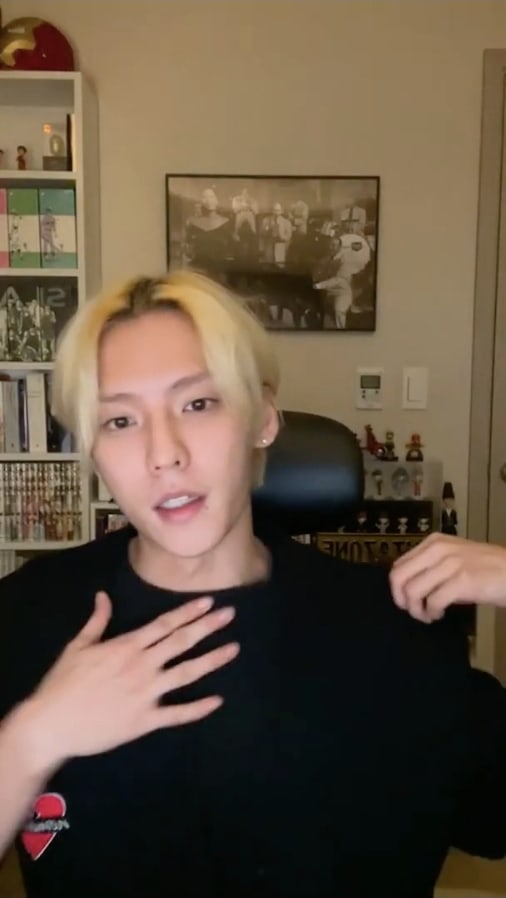 When his fans continued to express their worries about his health in the comments, Minhyuk remarked, “I’m coughing a little now, and I think MELODY [BTOB’s fans] are worried because of it. I do have a bit of a cough left, because I had pneumonia while I was sick. That’s why I still have a bit of a cough, but I was treated successfully at the hospital, and they discharged me because I’ve gotten better.”

Minhyuk added with a laugh, “Actually, the reason I started this live broadcast was because there’s been no news about me for about two weeks, and I wanted to reassure the MELODY who must have worried about me and missed me. But it seems like you all are worrying even more because I’m coughing a bit. You don’t need to worry about me at all. If I were still sick and in danger, the hospital wouldn’t have discharged me. I’m a lot better now.” 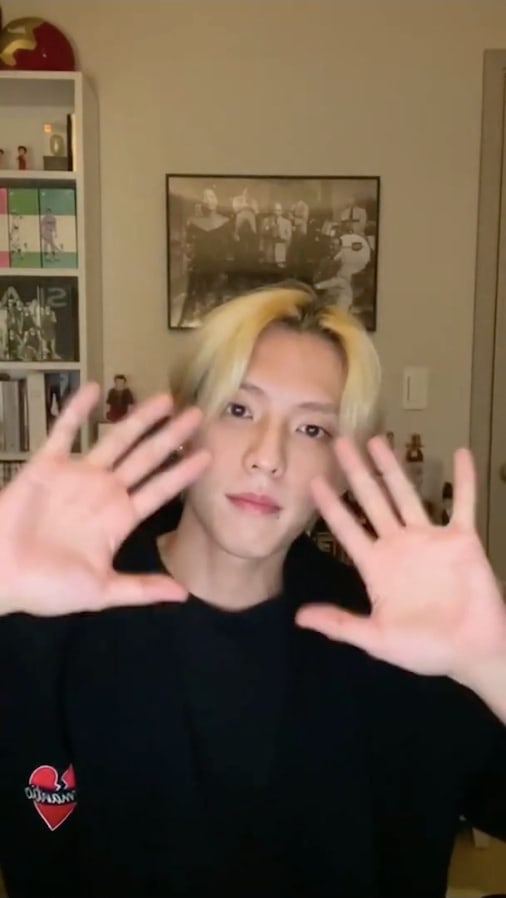 We’re happy to hear that Minhyuk has gotten much better, and we hope he makes a full recovery soon!