On the August 8 episode of SBS’s “My Little Old Boy,” Lee Kwang Soo appeared as a special MC.

As soon as Lee Kwang Soo appeared on set, the celebrity mothers expressed concern about his ankle injury. The actor fractured his right ankle in a car accident in February 2020. Although he took a break from activities afterward and has undergone rehabilitation treatment ever since, the persistence of the injury resulted in him stepping down from “Running Man” after more than a decade on the show. 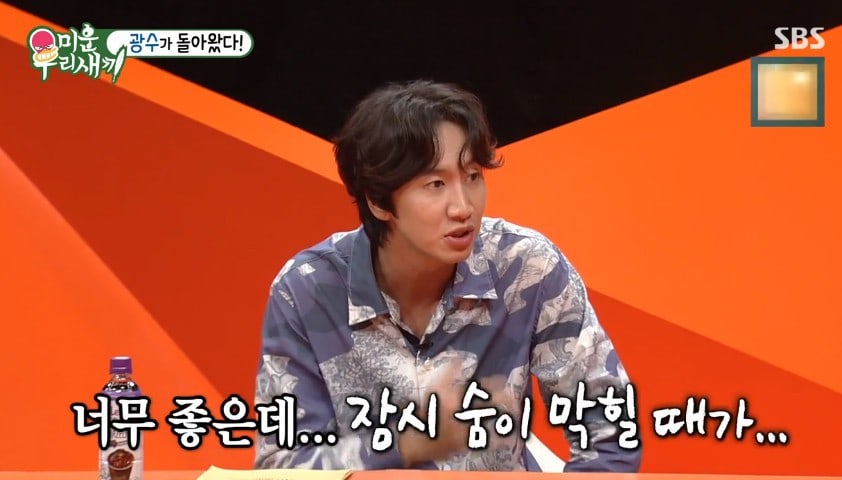 Kim Jong Kook, who is a fixed cast member on “My Little Old Boy,” dropped by the studio while the MCs were filming out of his long-time friendship with Lee Kwang Soo. But when he saw Lee Kwang Soo, he joked, “I didn’t come to see you, so you don’t have to feel any pressure.”

Lee Kwang Soo revealed on the show that his mother had framed the first nametag that he had ever been able to rip off Kim Jong Kook and actually hung it up in her house. 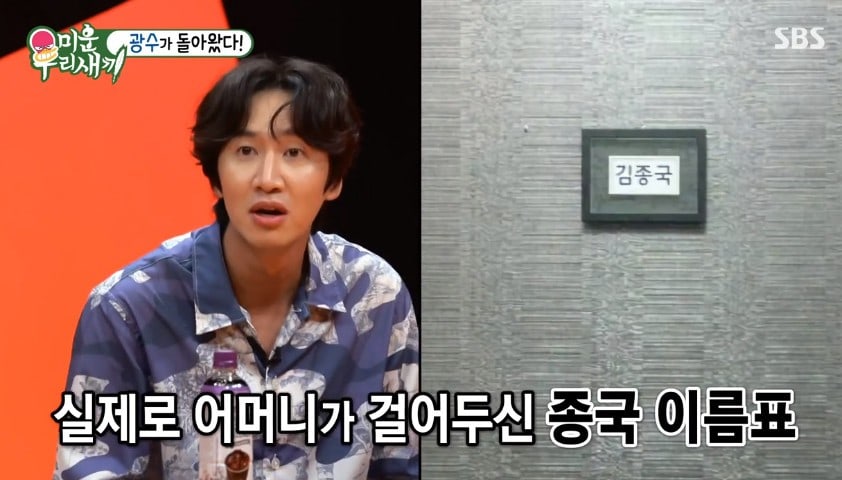 The concept of “My Little Old Boy” is to bring grown-up celebrity sons and their mothers together as the mothers observe their sons living alone. As such, all the cast members are unmarried. Lee Kwang Soo was asked if he had ever thought of a reason why Kim Jong Kook had not yet married.

Lee Kwang Soo, wary of Kim Jong Kook’s mother in the room, said, “My personal belief is that it’s because of his personality. Unless he’s sure of the other person, he doesn’t open his heart easily. In the past, he didn’t have any thoughts about getting married, but now I think he wants to get married more than he did before.” 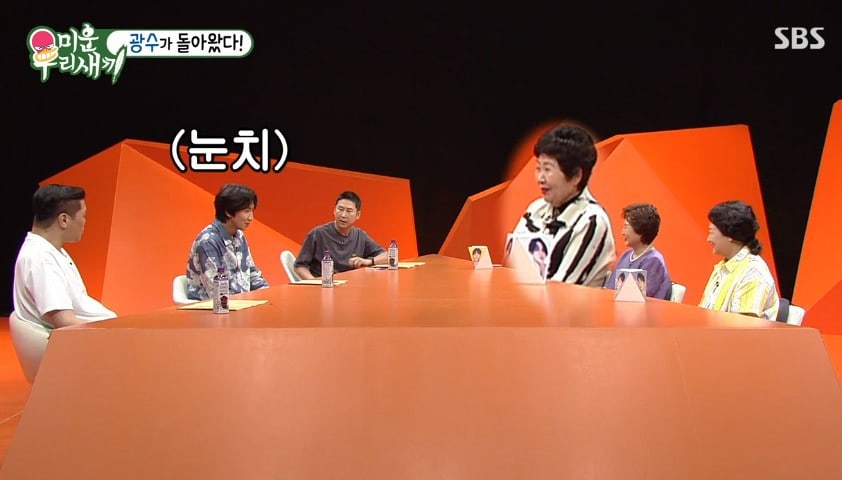 In response to the provocative question, “Do you think Kim Jong Kook has a stuffy personality?”, Lee Kwang Soo replied, “He’s a very good person, but he’s very sure of what he believes is right and wrong. If something happens that he doesn’t think is right, then he’ll drag it out until the end.”