“Lost” tells the stories of average people who realize they haven’t become anything throughout their lives and try their best to see the spotlight. Jeon Do Yeon stars as Boo Jung, a ghostwriter in her 40s who feels lost and as if she hasn’t been able to amount to anything. Ryu Jun Yeol stars as Kang Jae, a man who runs a service where employees act out whatever roles clients request.

Previously, the first main poster portrayed the “lost path” version, which depicted Boo Jung’s loss and Kang Jae’s wandering. The second main poster is the “recognizing” version and conveys the two people’s complex emotions. With an old-style vibe, the new poster uses six cuts to capture the moment in which Boo Jung and Kang Jae, who were just passing by, turn around and look back.

Their gazes as they look at each other are sentimental and lonely, but they also deliver warmth that means much more than any words of comfort could. The short text on the poster reads, “I met someone who recognizes me,” leaving a powerful impression on viewers. As Boo Jung and Kang Jae meet one another who are both different and alike, they are mysteriously drawn to each other while feeling an emotion that lies somewhere between empathy and compassion. 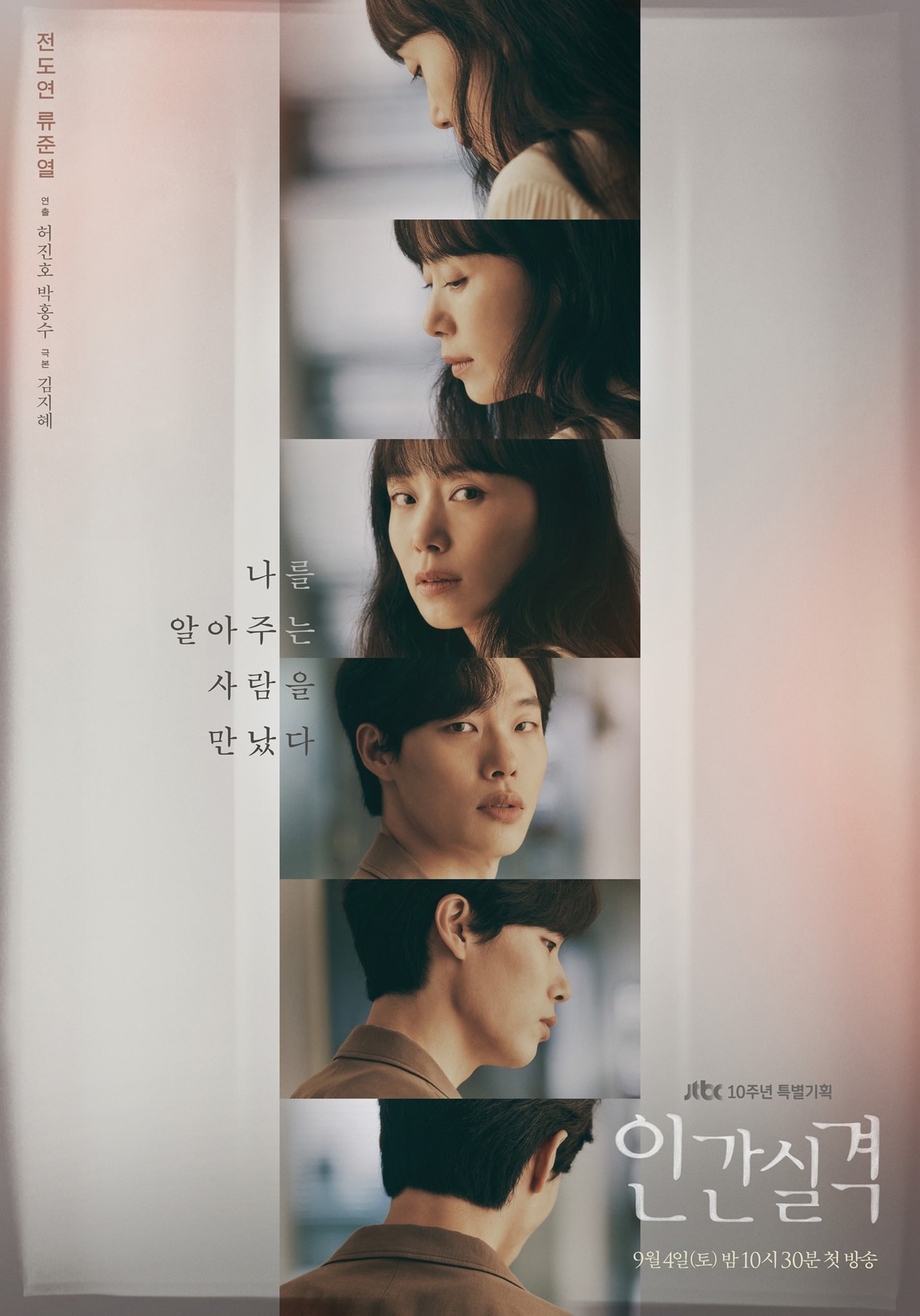 Already, viewers are highly anticipating “Lost” for being Jeon Do Yeon’s and Ryu Jun Yeol’s first return to the small screen in five years. As Boo Jung, Jeon Do Yeon will portray her character’s pain of living life without a presence. Boo Jung has lost her reason to live after facing her failed self on the downward road of life despite trying her best. Ryu Jun Yeol’s character Kang Jae wants to become rich and has taken on the risk of climbing higher in order to let go of his poor background. Wandering on his way to find a shortcut while dreaming of a luxurious life, he’s lost his direction in life in front of a steep uphill road without having accomplished a single thing. Viewers are curious to learn more about the story of the two people who will become a single ray of light in each other’s dark lives.

The production team shared, “Boo Jung and Kang Jae have lonely walked life’s steep hills alone. The pair’s special way of comforting one another as they become each other’s solace and understand and relate to the other’s pain will deeply resonate with viewers.”

“Lost” will premiere on September 4 at 10:30 p.m. KST. In the meantime, check out a teaser for the drama here!

In the meantime, watch Ryu Jun Yeol in “Hit-and-Run Squad“: