Ji Jin Hee And Kim Hye Eun Face Off In “The Road: The Tragedy Of One”

Get ready for more conflict and intrigue on tvN’s “The Road: The Tragedy of One”!

On the previous episode of “The Road: The Tragedy of One,” the drama shocked viewers by revealing that Baek Soo Hyun (played by Ji Jin Hee) was secretly the biological father of his fellow anchor Cha Seo Young (Kim Hye Eun)’s son Joon Young, who died after being kidnapped instead of Baek Soo Hyun’s son Yeon Woo.

In order to achieve their own ends, Baek Soo Hyun and Cha Seo Young agreed to temporarily hide the fact that it was Joon Young that had been kidnapped instead of Yeon Woo—even in spite of Cha Seo Young’s blatant animosity toward Baek Soo Hyun.

In newly released stills from the drama’s upcoming third episode, the two ambitious anchors share a tense confrontation after meeting alone in Baek Soo Hyun’s room. Cha Seo Young looks poised and defiant as she gazes challengingly at Baek Soo Hyun, who appears to be glaring back at her in fury.

Adding to the suspense is a photo of Baek Soo Hyun’s worried wife Seo Eun Soo (Yoon Se Ah), who is unable to hide her nervousness as she waits outside the room. 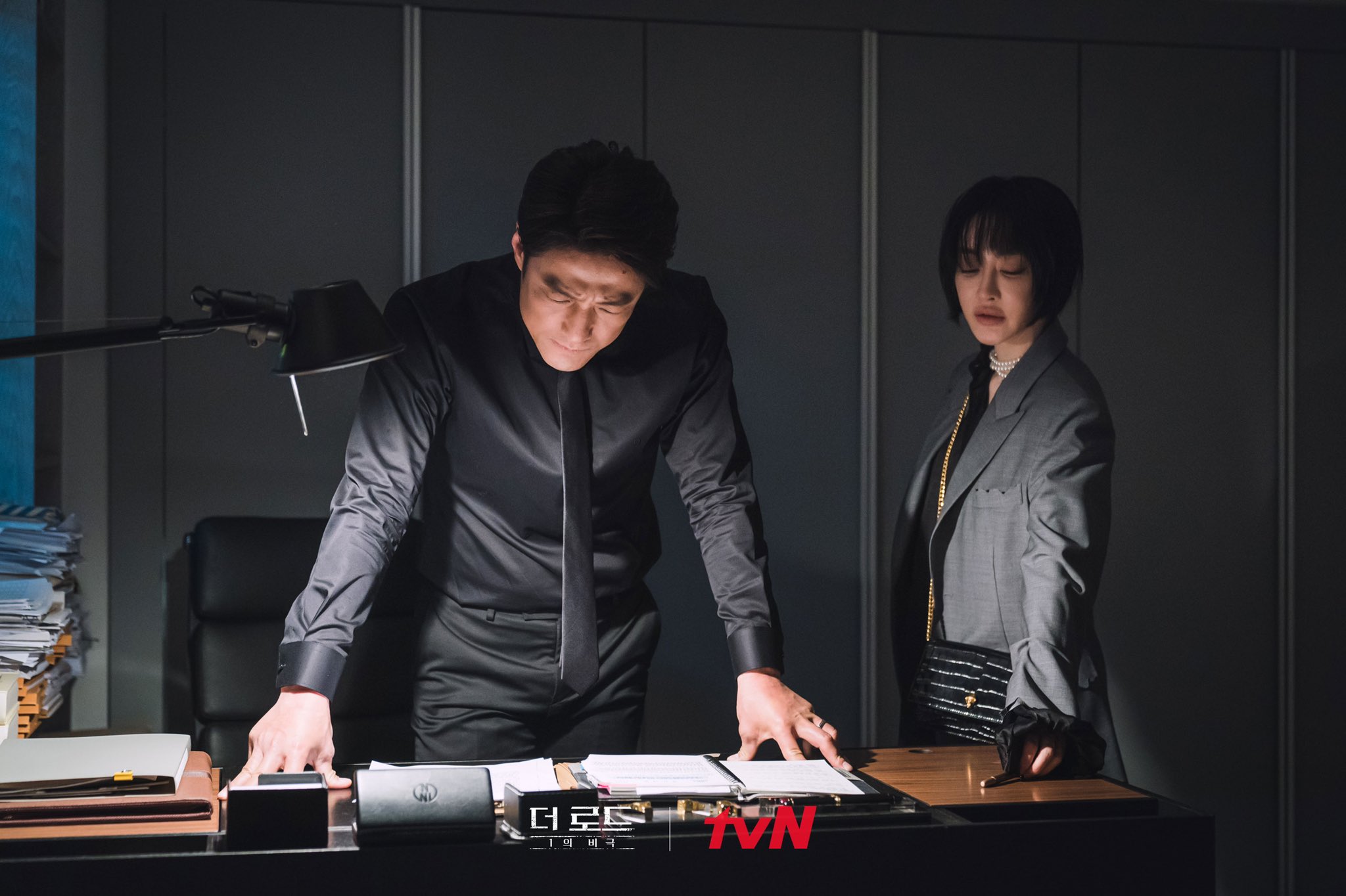 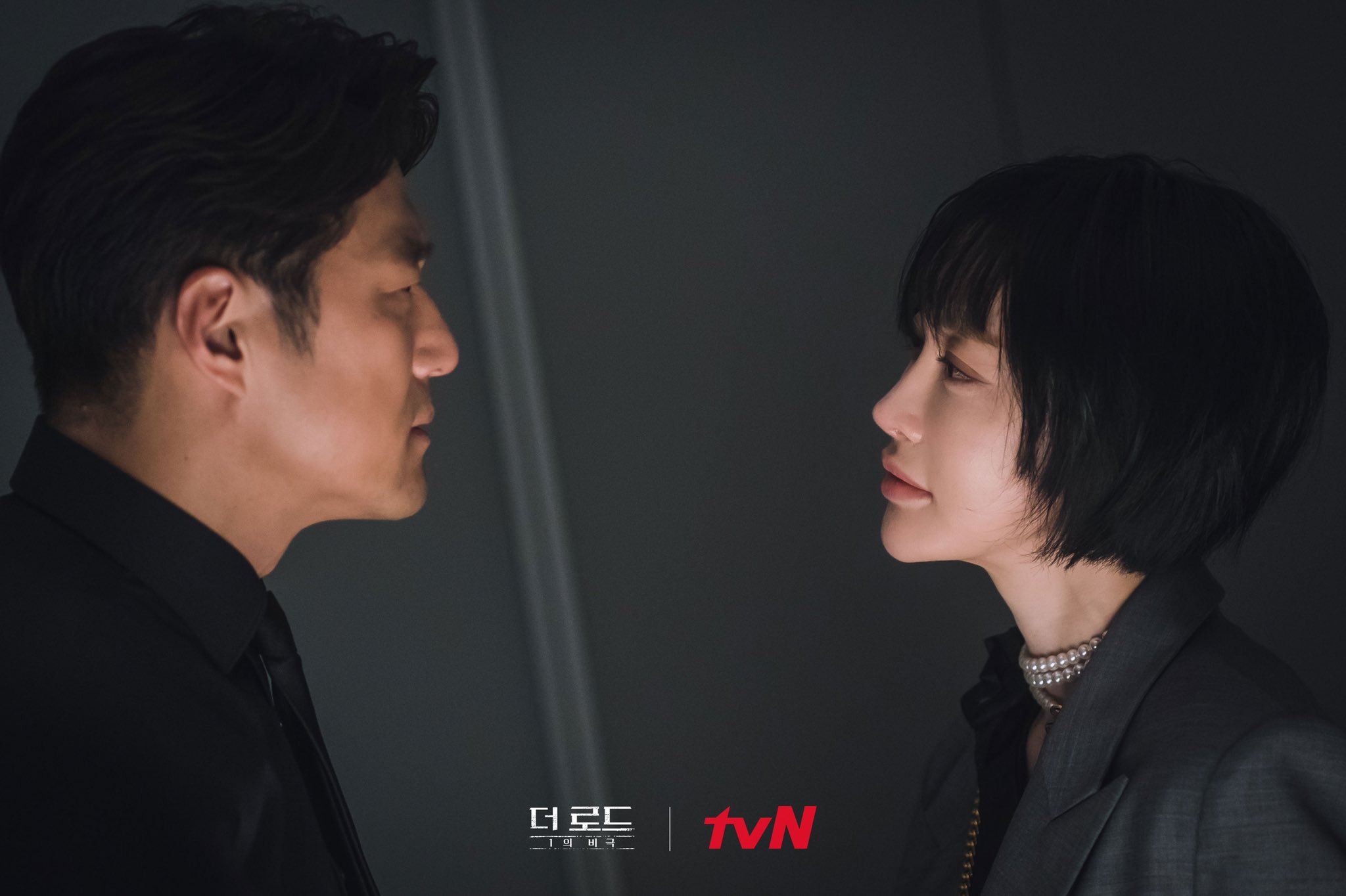 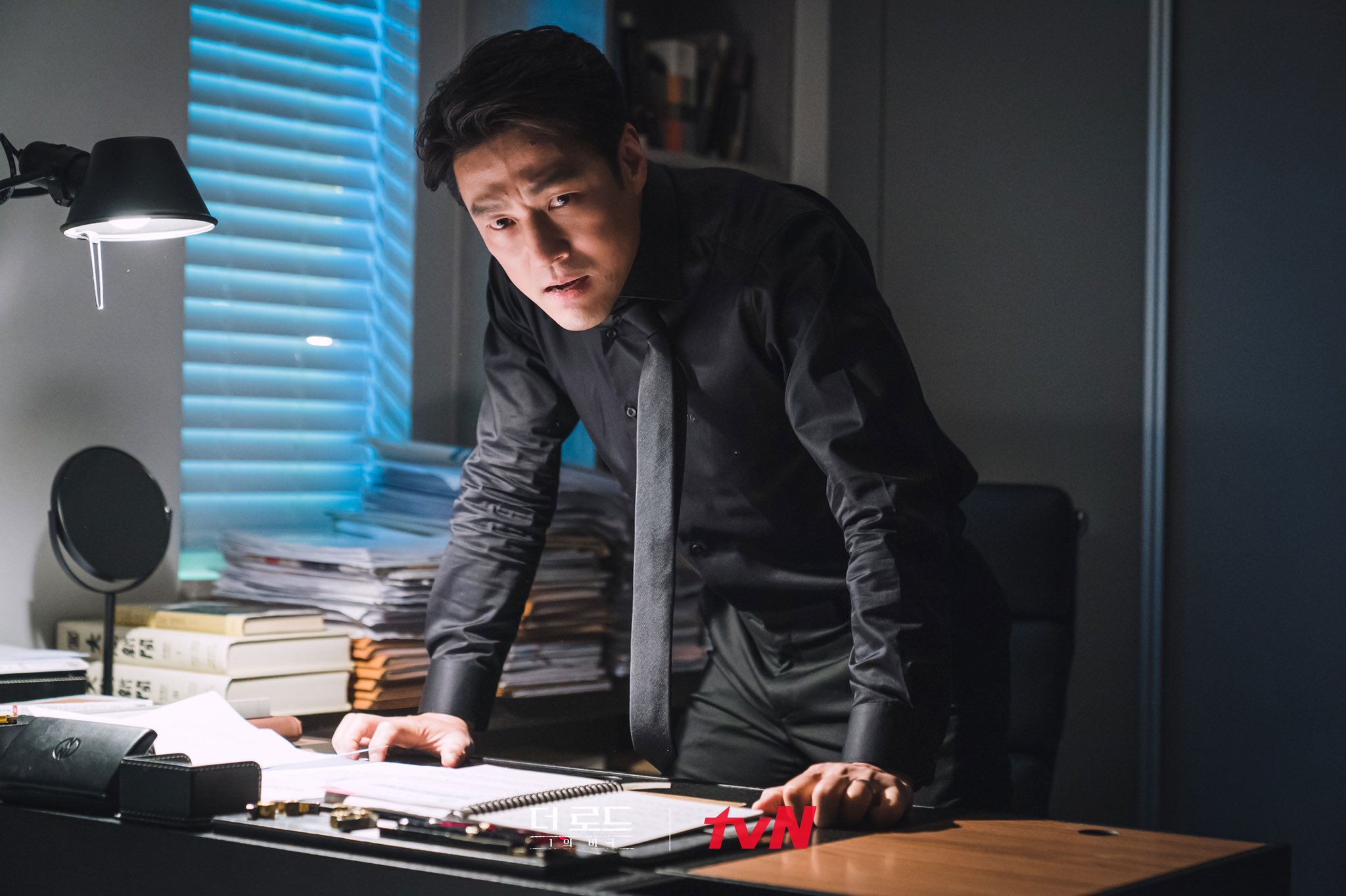 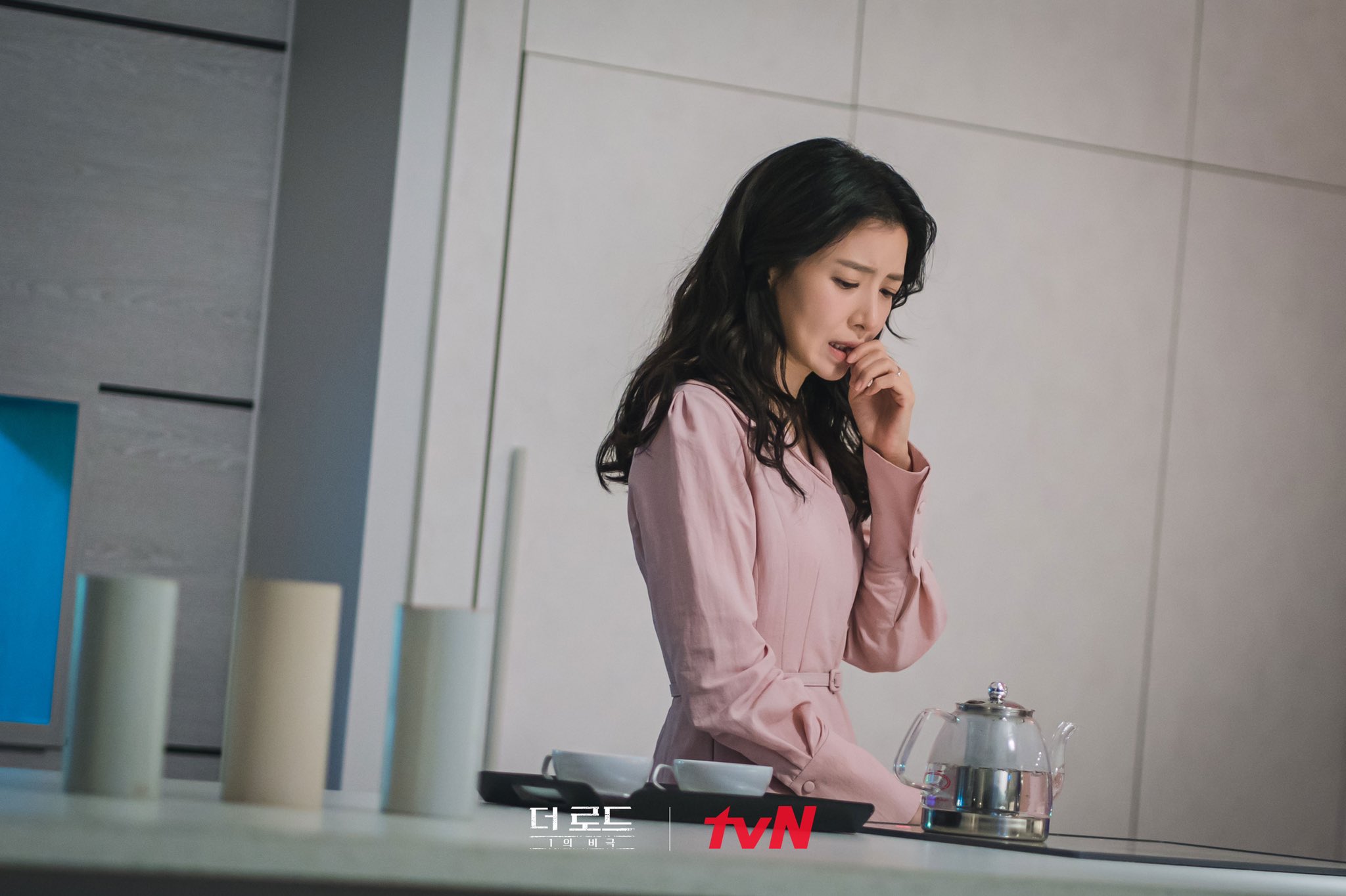 Baek Soo Hyun previously began suspecting Kwon Yeo Jin of hiding a shady secret when she repeatedly asked him whether he’d been able to secure the evidence that he needed for his exposé on corruption.

In the new photos, the network executive cowers in fear while meeting with the intimidating Seo Gi Tae, who stares her down menacingly during their conversation. 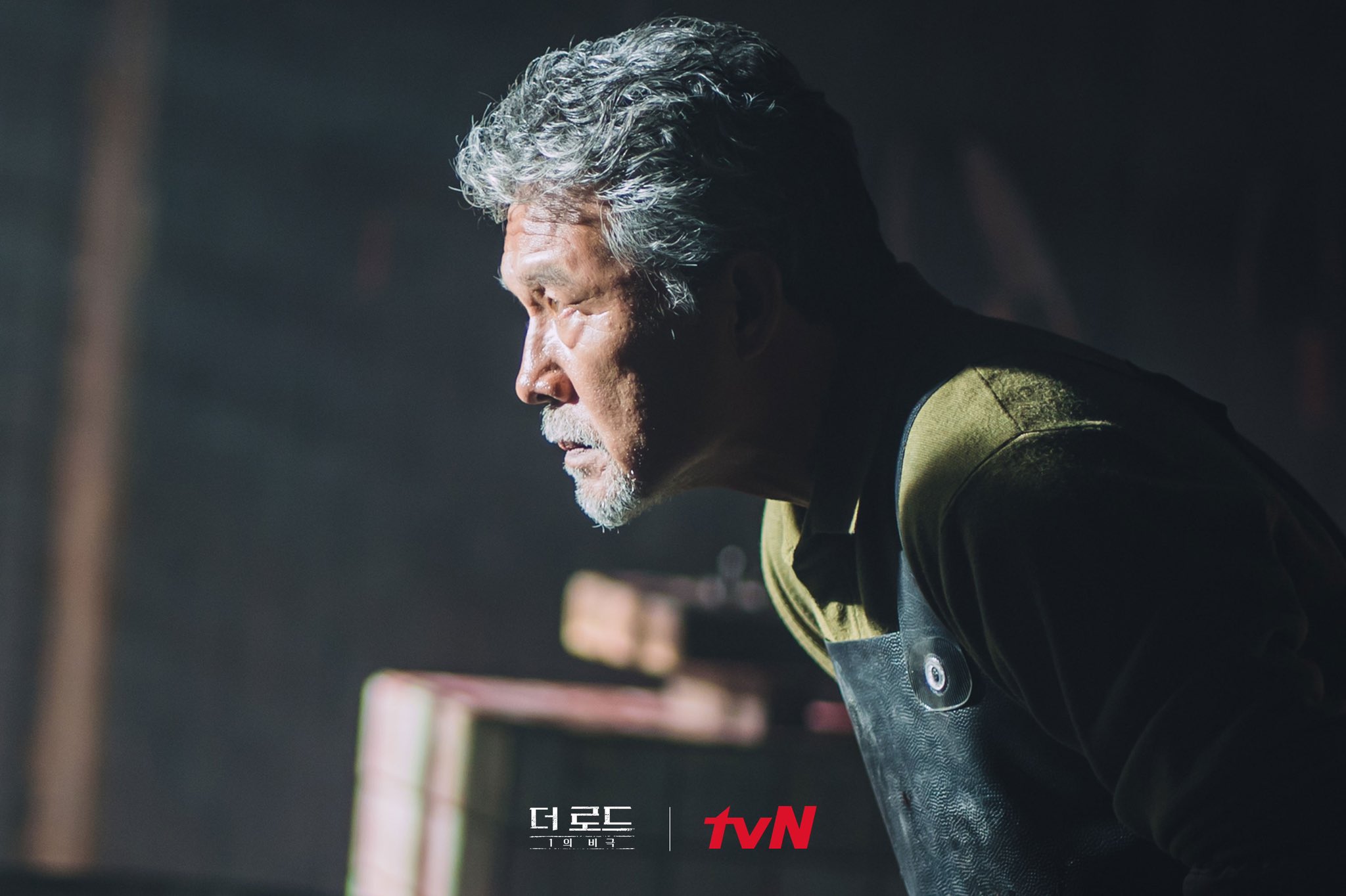 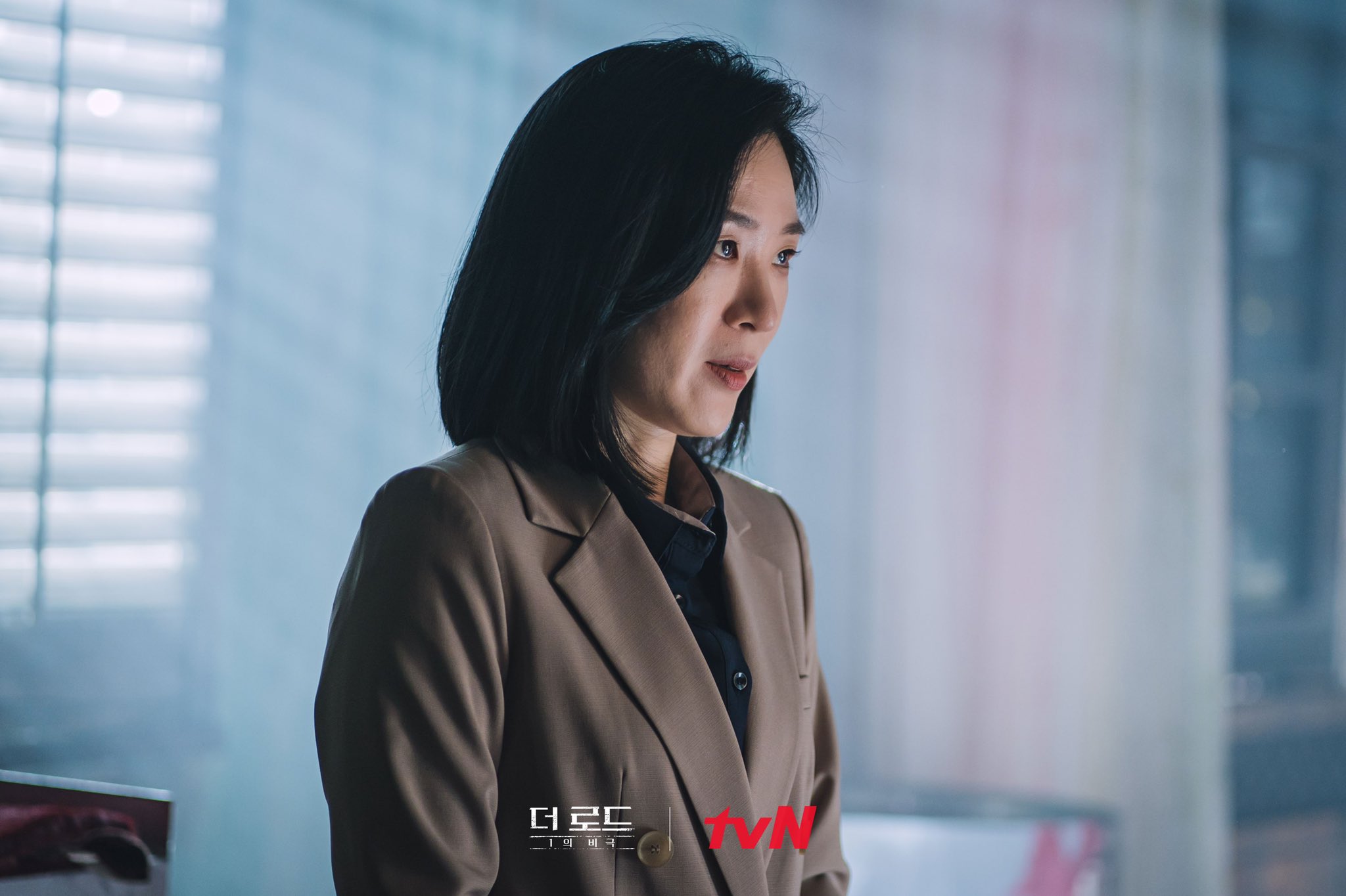 To find out what kind of secret connection Kwon Yeo Jin and Seo Gi Tae share—and what will transpire between Baek Soo Hyun and Cha Seo Young—tune in to the next episode of “The Road: The Tragedy of One” on August 11 at 10:50 p.m. KST!