It was first reported in July that Jungwoo and Lee Know will be joining Kim Min Ju as “Music Core” MCs, and on August 9, MBC confirmed the news along with images of the trio.

The clip begins with the three idols preparing for the photo shoot. Lee Know smiles shyly and admits he’s very nervous. He stretches his arms and plays with his fingers as he gets ready to pose with the music show’s signature microphone that has his name on it. Once the photo shoot starts, his shyness melts away and he professionally poses in front of the camera.

However, the name on his microphone snaps in half, and his eyes become wide with surprise. Someone’s laughter makes him look up, and he bows right away when he sees Kim Min Ju. She is the next to participate in the photo shoot, and she exudes lovely charms as she naturally poses in front of the camera.

Jungwoo is up next, and although he seems confident, a staff member notices he’s nervous and asks him why he’s uneasy. Jungwoo responds, “I’m a professional. I have to do my best.” He is a bit tense in the beginning, but he soon dives into professional mode. 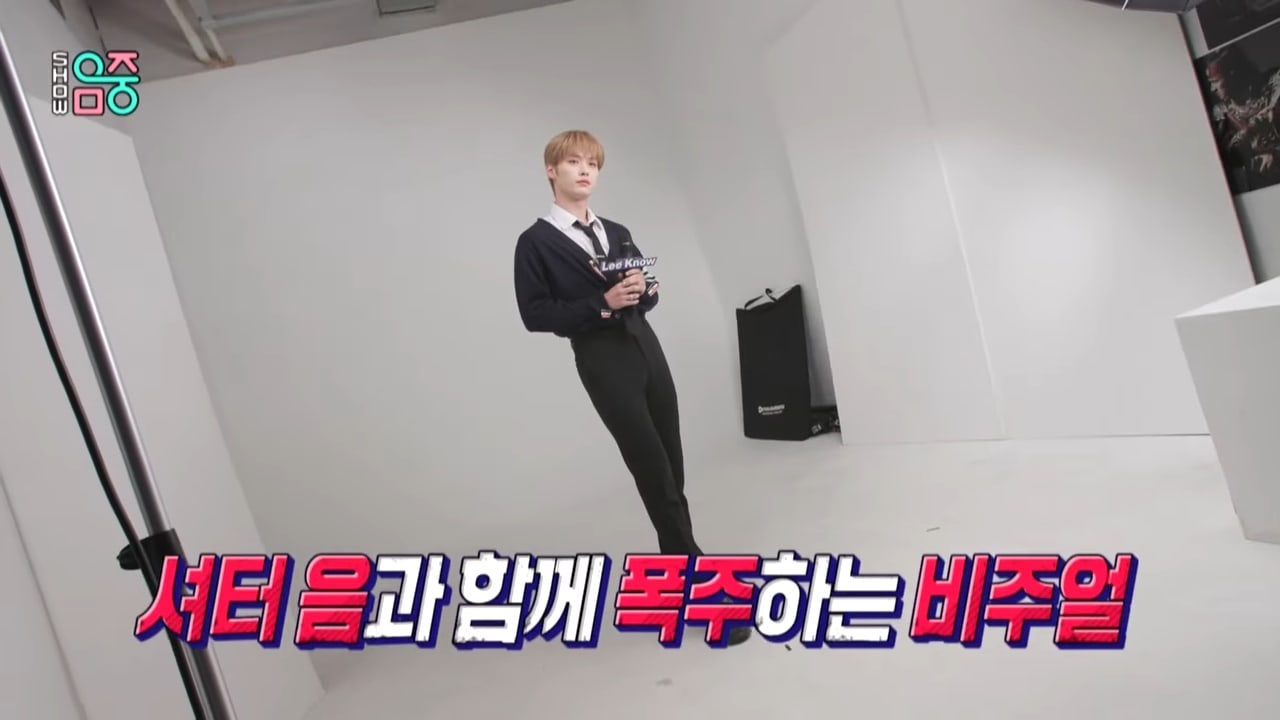 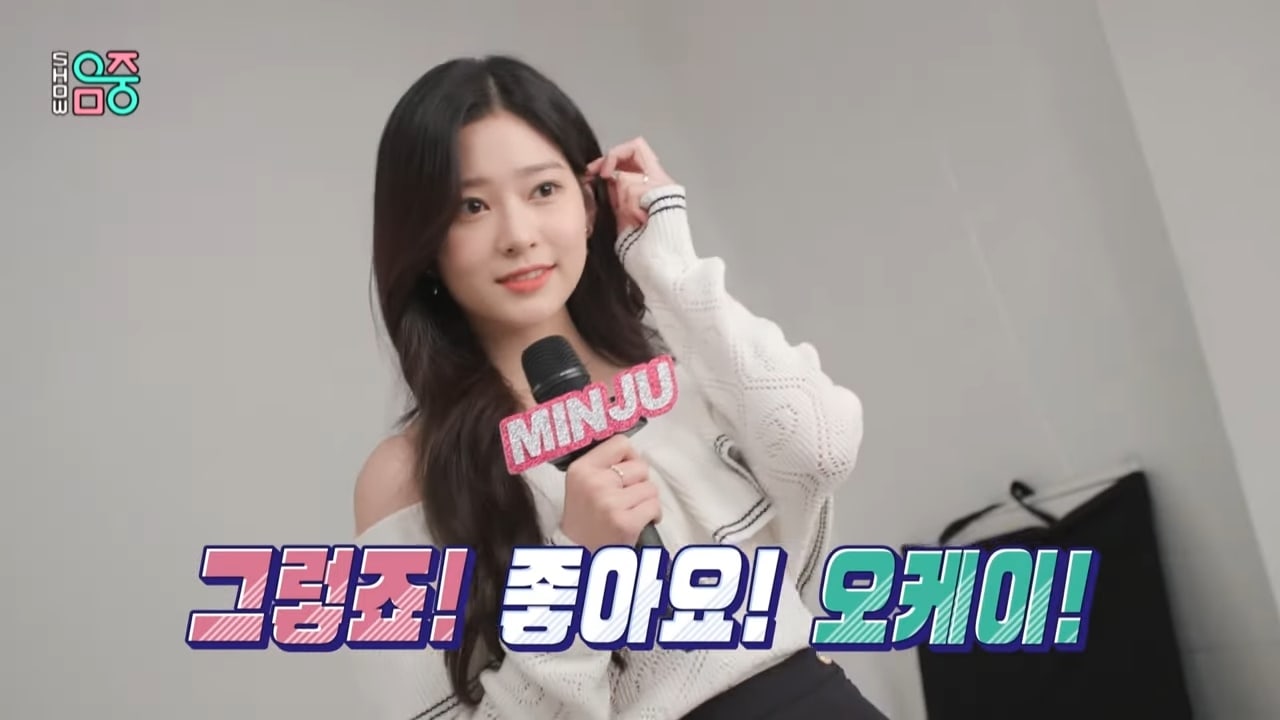 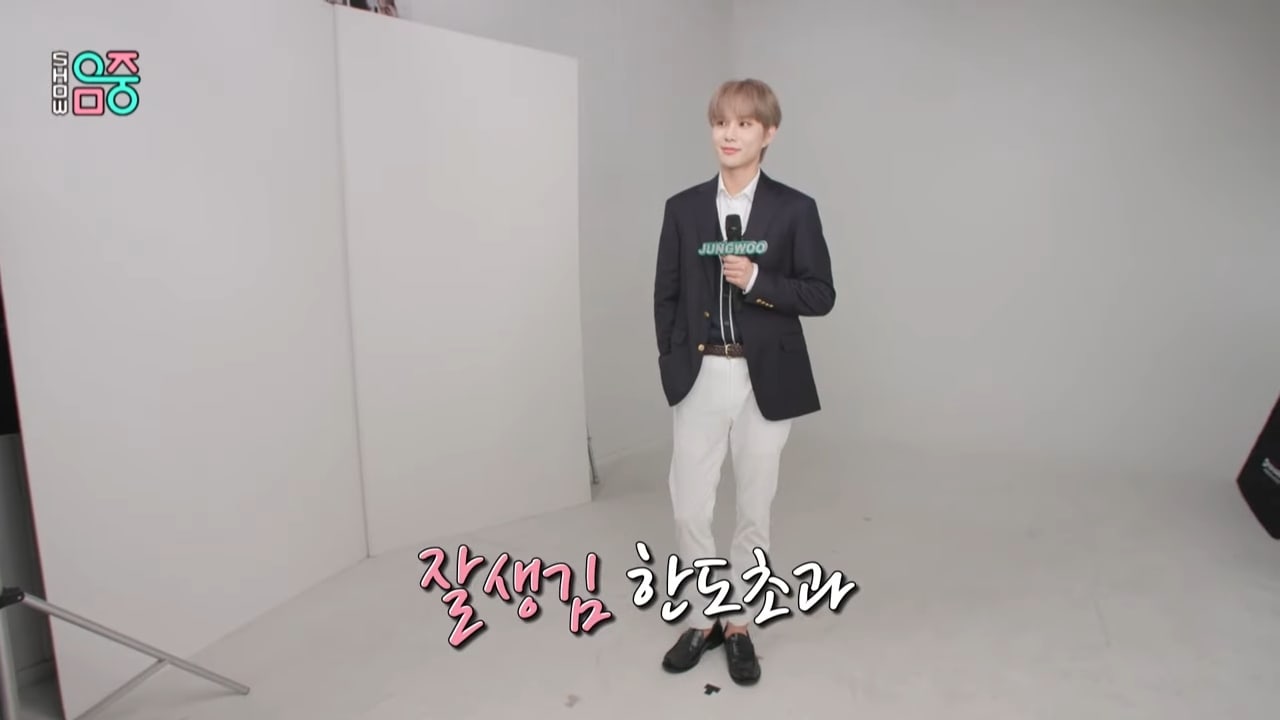 While watching Jungwoo’s photo shoot, Kim Min Ju asks Lee Know if she knew Jungwoo before they became MCs for “Music Core.” Lee Know replies, “Um… yes. No. I knew of him. We’re from the same hometown. Kimpo.” Kim Min Ju leaves to take more pictures, and Jungwoo joins Lee Know. Lee Know searches for a common ground and mentions SEVENTEEN‘s Seungkwan, whom Jungwoo is friends with. They talk about the ’98 liner friends, and Jungwoo tells Lee Know that he should drop the formalities with him.

Next, the three idols pose as a group. They seem awkward at first, and everyone is hesitant to speak. Jungwoo suggests a game of mukjjippa (a variant of the game rock, paper, scissors) to break the ice, and Lee Know lights up with an idea. He asks, “[How about the loser] buys coffee next time?” Jungwoo and Kim Min Ju enthusiastically agree with him. The three of them play rock, paper, scissors, and Jungwoo is deemed the loser. 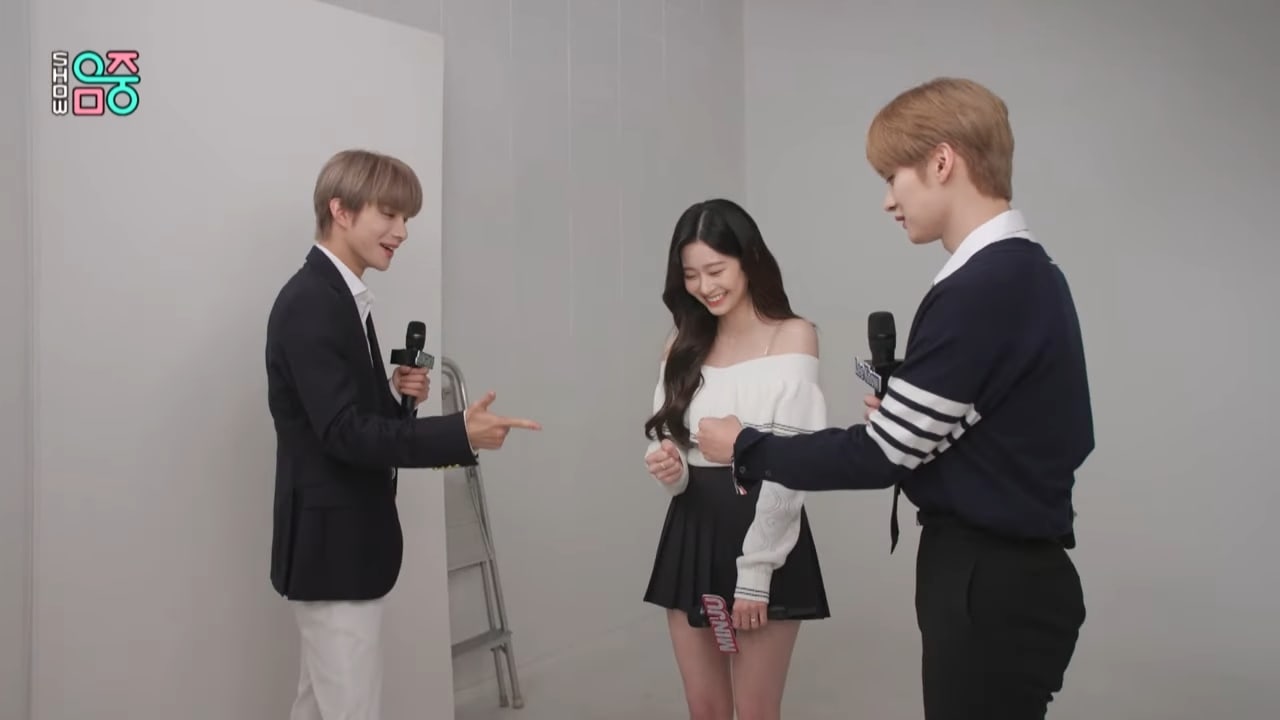 Towards the end of the clip, the three MCs share their thoughts about their first meeting. Lee Know comments, “I knew it’d be awkward, and I was right. But after talking with them today, I think we’ll be able to get close with a little bit of time.”

Jungwoo says, “It’s my first time experiencing something like this, so I’m nervous and worried if I’ll be able to do a good job. However, I thought I should be confident and work hard. I will do my best, so please keep an eye on me. I hope you will support me a lot.”

Kim Min Ju jokes that she was trying to be confident as their senior idol and adds, “Thanks to [Jungwoo and Lee Know] making it comfortable for me, I think I’ll be able to do a fun and good job.”