ITZY has shared a “comeback scheduler” for their upcoming return with their first full-length album “CRAZY IN LOVE”! 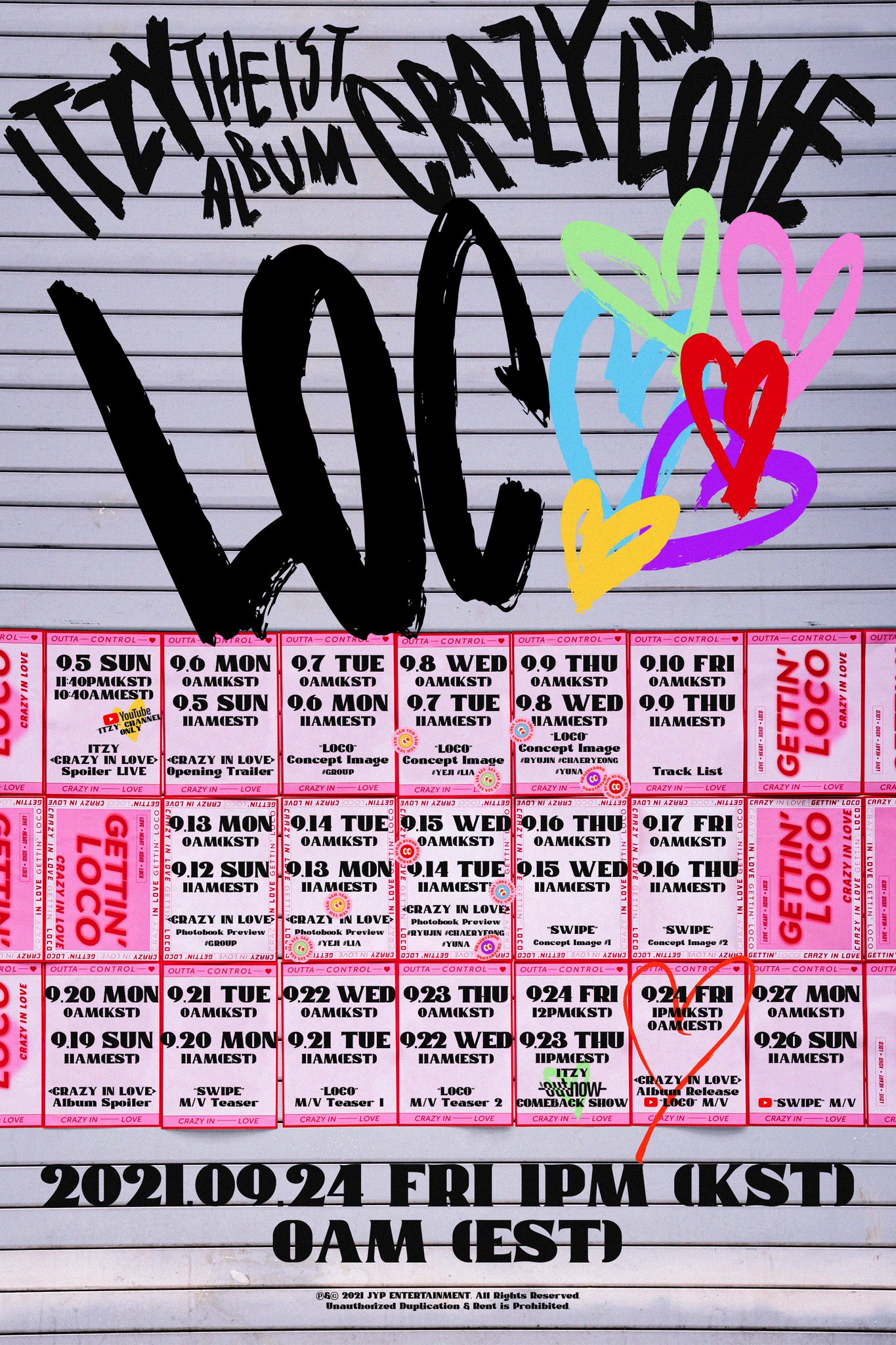 ITZY will be releasing their first full-length album!

On August 13 at midnight KST, the girl group unveiled a comeback poster for “CRAZY IN LOVE,” which will be their first full album, and the title track, “LOCO.” The album will be released on September 24 at 1 p.m. KST. 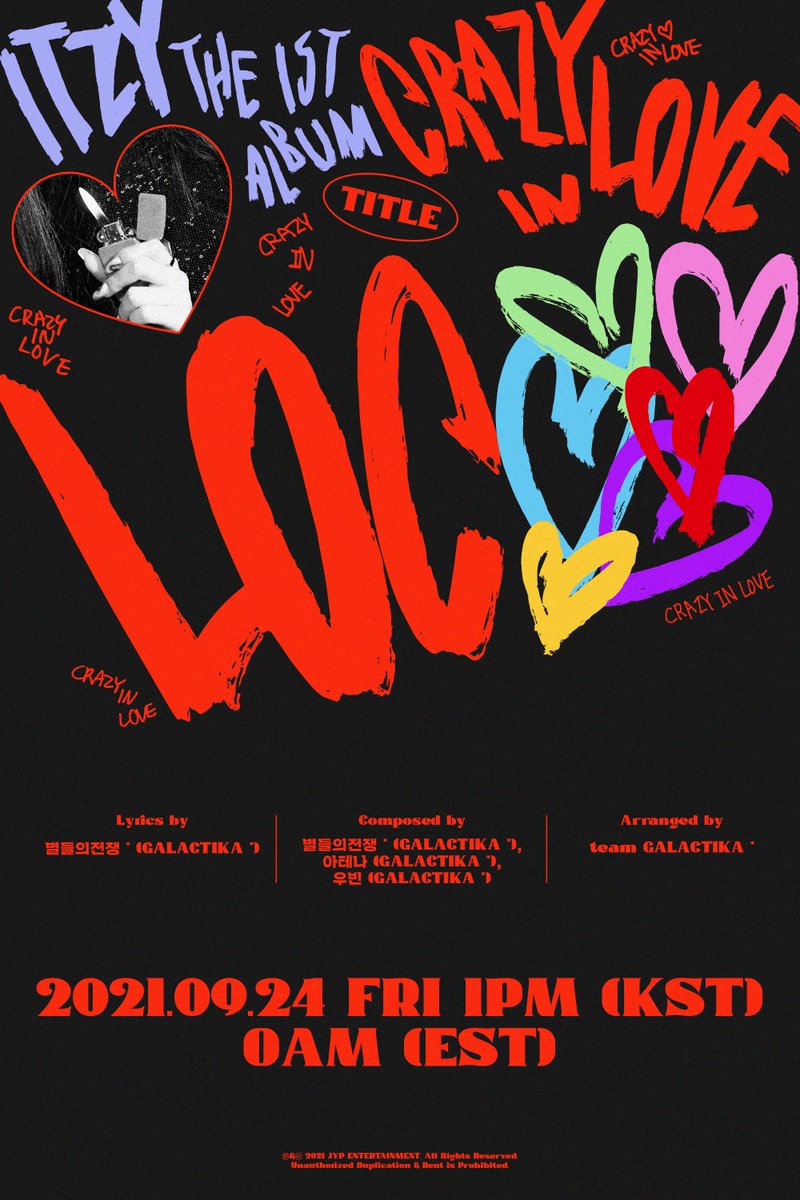 This will be ITZY’s first comeback since the release of their fourth mini album “Guess Who” and title track “In the Morning” earlier this spring. The girl group debuted on the Billboard 200 for the first time since their debut when “Guess Who” entered the chart at No. 148 for the week ending on May 15.

What are you hoping to see in ITZY’s first album? Stay tuned for updates!