“Voice,” which first premiered in 2017, has solidified its spot as a top Korean thriller drama with four seasons.

Following the recent conclusion of “Voice 4,” the show’s latest season, writer Ma Jin Won sat down for an interview to discuss her thoughts on the fourth season and the series as a whole.

“Voice” tells the story of an emergency call center where the employees fight crime using the limited information they get from the urgent calls they receive. The series focuses on ace voice profiler Kang Kwon Joo (played by Lee Ha Na). The fourth season pit the Golden Time Team against a vicious murderer with extraordinary hearing abilities that rival their own.

The recent season also emphasized family crimes such as child abuse and domestic violence. Screenwriter Ma Jin Won commented, “To be honest, after Season 3 ended, I had the will to write about family violence because it occurs most commonly but is also the type of crime that is easily covered up.”

She continued, “In particular, although child abuse occurs often, I wanted to create the opportunity for people to rethink the reality that these situations do not easily improve. I wrote this with the hopes that it would become a time of realization that those we need to listen to most is our family.” 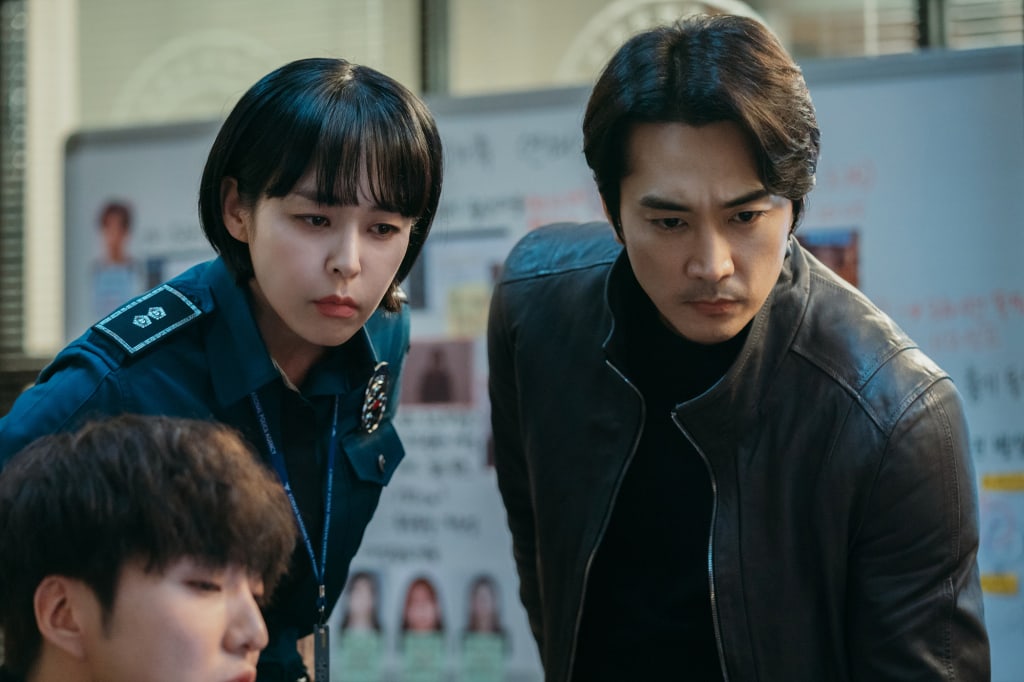 Before the COVID-19 pandemic, Ma Jin Won also took a trip to the United States in order to study TV series with multiple seasons. She explained, “In American or Japanese series, the main characters stay for a minimum of three seasons. However, due to various issues, ‘Voice’ introduces Derek Jo [Song Seung Heon] as Kang Kwon Joo’s third partner, which was very important in showcasing her growth.”

She sympathized with viewers, sharing, “Honestly, it wasn’t easy to get viewers to love a completely different character, Derek Jo, from this season while comforting them as they said goodbye to Do Kang Woo [Lee Jin Wook], the main character of Seasons 2 and 3, but Song Seung Heon did his best.”

The writer went on to praise the main actors of the season. She shared, “Lee Ha Na is so pure and warm. She admires the ‘Voice’ script as if it’s her own self so as the writer, I feel proud and thankful.”

Ma Jin Won added, “Since one half of her double character was a villain, I’m sure she felt mentally pressured at the beginning. But even I was shocked that she exceeded exceptions with her incredible portrayal. It was worrisome to make the main character into a cruel villain after they were a just police officer for three seasons. However, I had faith that she would not compromise the good of the main character and perfectly create an entirely different identity.” 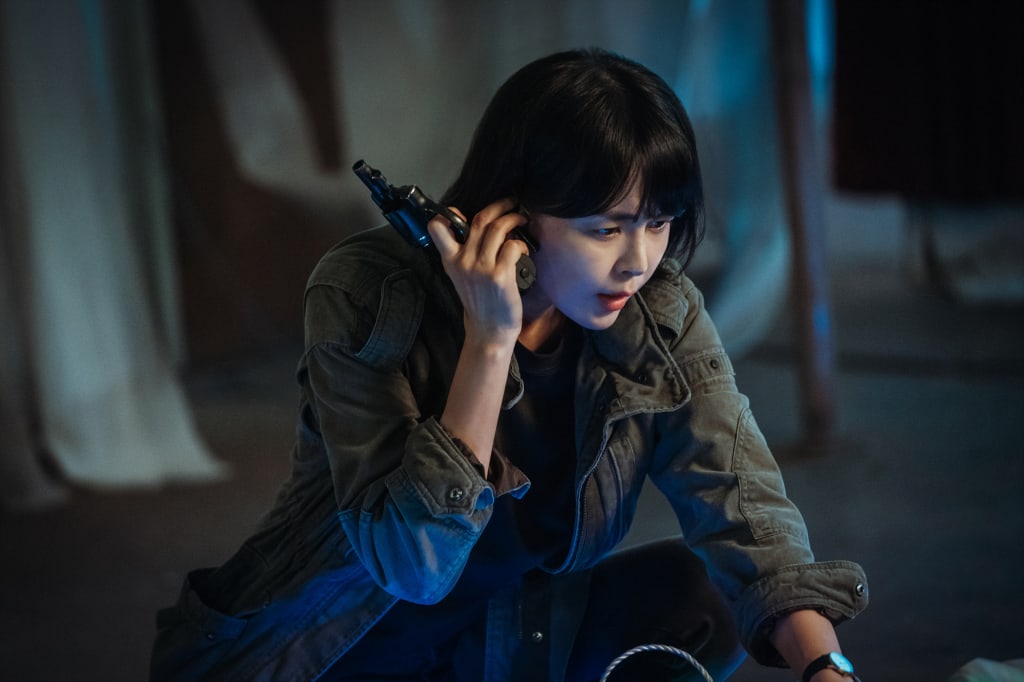 In Season 4, Song Seung Heon joined the cast as Derek Jo, a unit leader at the Los Angeles Police Department (LAPD). Ma Jin Won explained the casting choice, sharing, “If Jang Hyuk and Lee Jin Wook were symbols of aggressive, macho detectives who harbored pain from the past, I thought Song Seung Heon’s soft and gentle image would fit Derek Jo’s ability not to lose his dignity or pride as a human and a police officer, no matter the situation. I thought he matched well with Derek Jo’s character, so I sent a casting offer.”

She continued, “I said it could be a difficult character, but Song Seung Heon gladly took the challenge and I’m sincerely thankful that he was the best detective Derek Jo. I obviously had expectations for his action scenes, but he did well beyond what I predicted. I also heard that the crew on set felt touched when he completed many action scenes without a stunt double, even when climbing a two-story railing without a wire or running into a car.” 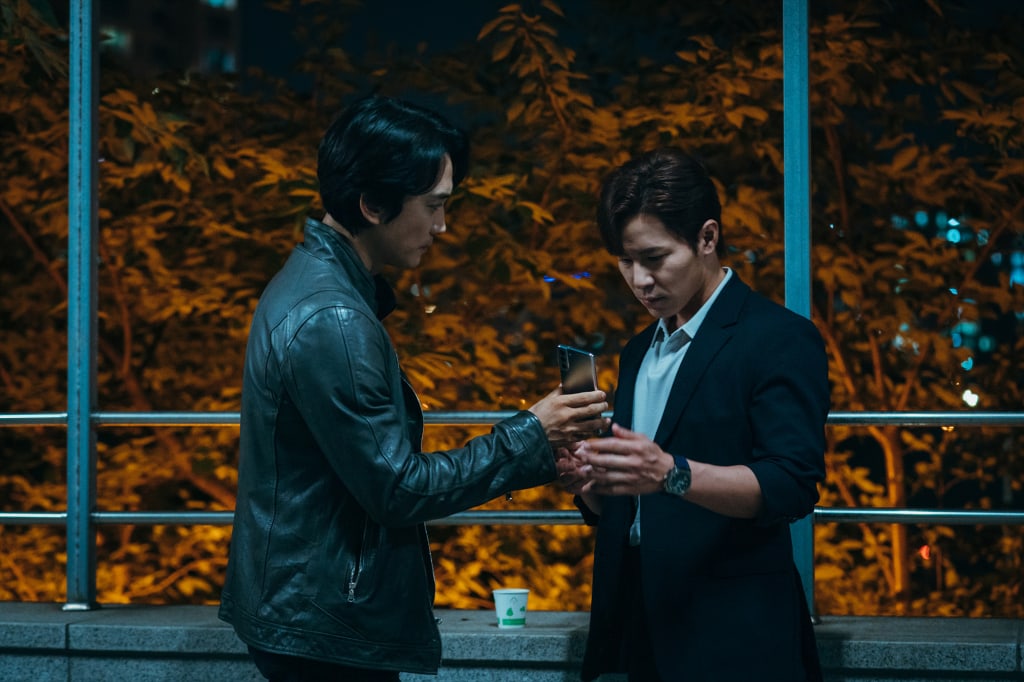 The finale of “Voice 4” also featured the return of Season 2 villain Bang Je Soo (Kwon Yool), leaving viewers excited for a fifth season. Ma Jin Won responded, “Like Seasons 2 and 3, Seasons 4 and 5 were planned with a big picture. The Season 4 ending was meant to hint at the start of Kang Kwon Joo’s narrative, and it’s correct that we intentionally did some foreshadowing for Season 5.”

She added, “From Seasons 1 to 3, gaining empathy through the stories of the male leads were one of the forces of ‘Voice.’ Now, for the first time, Kang Kwon Joo will be leaving the center.”

Continuing on, Ma Jin Won shared, “Season 5 will reveal the secrets of Kang Kwon Joo’s hearing, perhaps the most important story of ‘Voice,’ and close out the world created by Seasons 1 through 5. The basic outline of Season 5 regarding F Children’s Hospital, Goddess Lee, Fbrelab, and Bang Je Soo’s return has been vaguely organized. Despite that, even the writer does not know the schedule for the new season.”