On August 19, CRAVITY held an online showcase for the release of their first studio album, “The Awakening: Written in the Stars.” Acting as MC for the showcase was labelmate MONSTA X’s Minhyuk.

Seongmin said, “It’s our first comeback in a while and our first album after we finished the ‘HIDEOUT’ series, so we were pretty nervous, but we practiced a lot. We worked really hard in order to show a more complete performance, and it still doesn’t feel real [that the album is out].”

Serim added, “Since it’s our first studio album, we worked really hard. Each of us put in a lot of work in developing our vocal and dance skills. Personally, I worked on covering choreography and taking vocal lessons.”

Serim and Allen participated in writing the rap for their title track, “Gas Pedal.” Serim said, “When I heard the title, I wrote the rap with the thought that CRAVITY would keep racing forward until the end.” Allen added, “It was the first time that Serim and I had participated in the lyrics for a title track. Since it was the first time, we were more careful about writing. The words compare CRAVITY’s growth to the speed-up you get from stepping on the accelerator.”

About the sci-fi-inspired music video for “Gas Pedal,” Woobin said, “We filmed a cyberpunk music video that’s futuristic and has a lot of CGI effects. It was a new experience for us to film against a green screen. It feels like a sequel to the ‘HIDEOUT’ series, so I hope that fans will have fun searching out the storyline.”

Taeyoung said, “I felt that my small image didn’t fit the powerful concept, so I bulked up and worked hard to show a more mature side of myself. I gained 5 kg [about 11 pounds] compared to my debut.”

About the performance, Hyeongjun said, “We’re finally able to show our performance for the title track. As we prepared, we hoped that we could gain acknowledgment for our performance skills and that people would think it was cool. I hope people recognize how hard we worked.” Jungmo said, “I think that the word ‘challenge’ represents this album well. We tried styles that we haven’t tried before and prepared a lot in terms of the performance.”

Minhee said, “For this album, we practiced synchronized choreography and how to bring out our individual colors. I hope that people will remember CRAVITY as a group that tears up the stage.” Serim shared, “All nine of us are unique, but our individual charms are maximized when we come together as a group. To maintain our teamwork, the members communicate with each other well and have a single goal. We spend a lot of time in ‘family meetings.'”

Asked if they got advice from their Starship Entertainment seniors in writing songs, Serim said, “When we do album promotions, our label seniors give us a lot of advice. Before we started recording this album, MONSTA X’s Joohoney spent some time with us going over the album’s vibe and key points. It made recording a lot easier.” Wonjin added, “When we filmed the ‘Gas Pedal’ music video, MONSTA X’s Kihyun made a surprise appearance on set.” 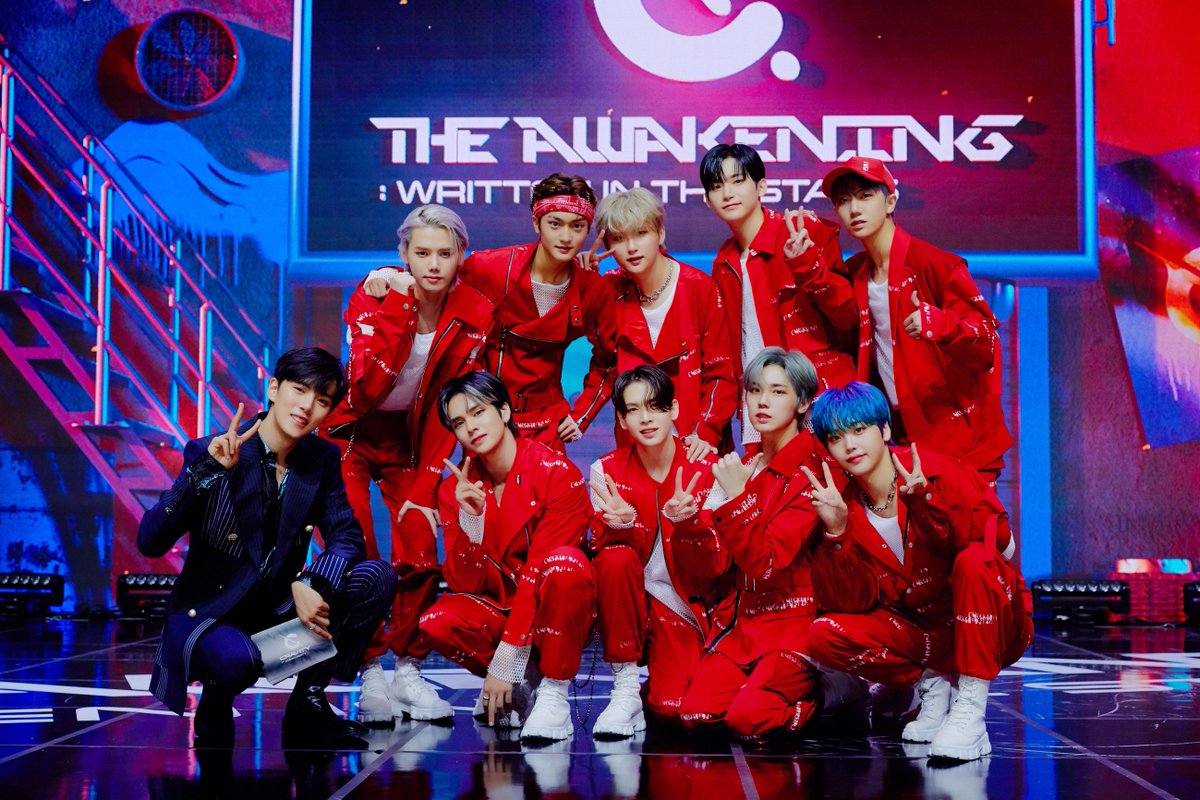 Check out the MV for “Gas Pedal” here!

MONSTA X
CRAVITY
How does this article make you feel?