MBC’s “Check Out the Event” has shared an exciting sneak peek of its second episode!

“Check Out the Event” is a new romance drama starring Girl’s Day’s Minah and Kwon Hwa Woon as two ex-lovers who win a couples trip in a lottery that they entered before breaking up. Hoping to recapture his heart and change his mind about their breakup, Ha Song Yi (Minah) persuades her ex-boyfriend Park Do Kyum (Kwon Hwa Woon) to go on the trip with her to Jeju Island.

Last week, the drama’s premiere ended on a cliffhanger, with Ha Song Yi waking up in tour guide Seo Ji Kang (An Woo Yeon)’s room after a night of drinking together. While trying to sneak back into her room unnoticed, she was spotted by Park Do Kyum, leading to an awkward chase down the hotel hallway before Seo Ji Kang grabbed Park Do Kyum by the arm to stop him. The episode ended with a tense face-off between the two men, piquing viewers’ curiosity about where the story was headed next.

In newly released stills from the drama’s next episode, Ha Song Yi and Park Do Kyum share an intense conversation on a hotel bed. Although they are no longer a couple, the look in their eyes hints at their lingering feelings for one another—and Ha Song Yi ultimately takes the initiative to lean in for a kiss without holding back. 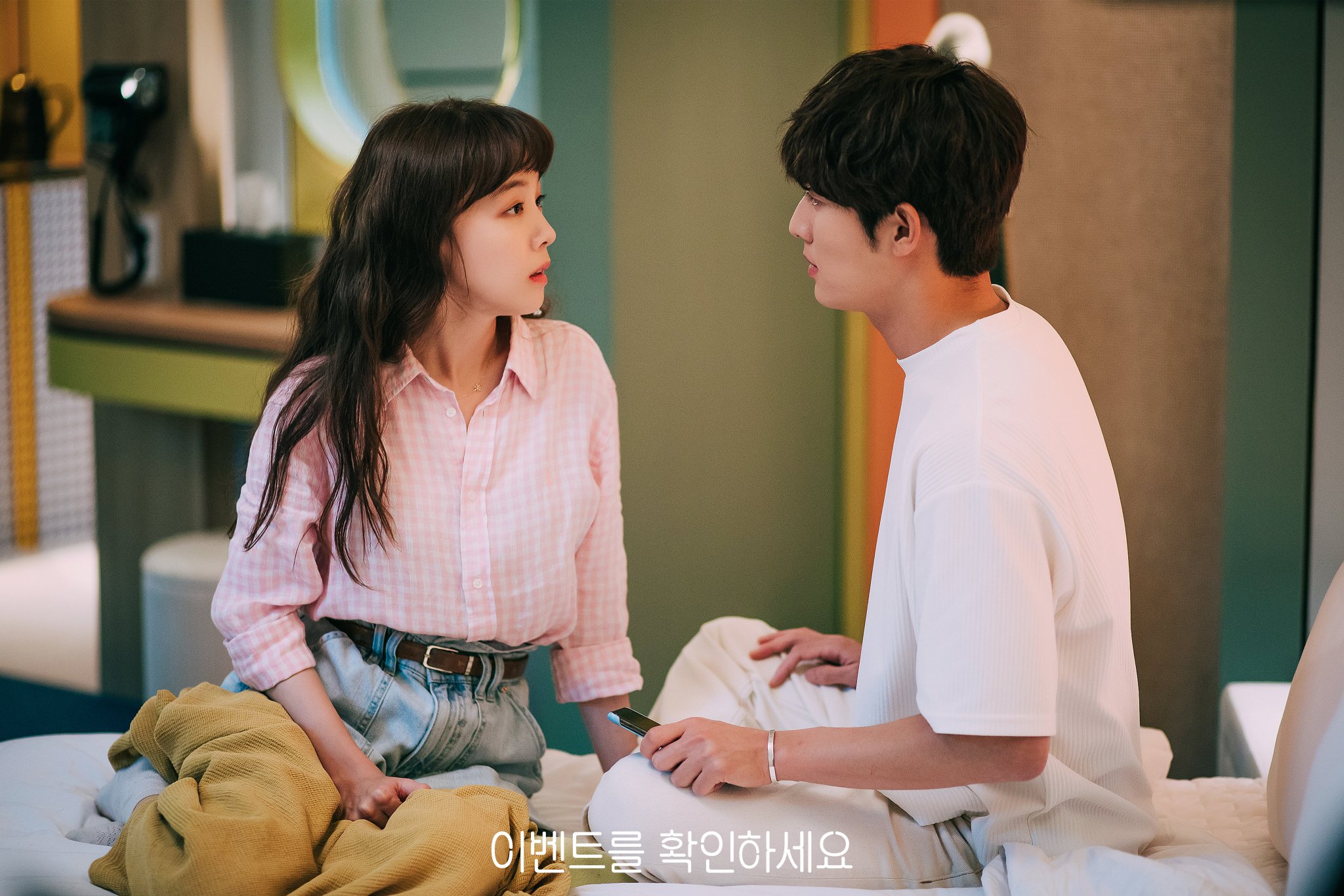 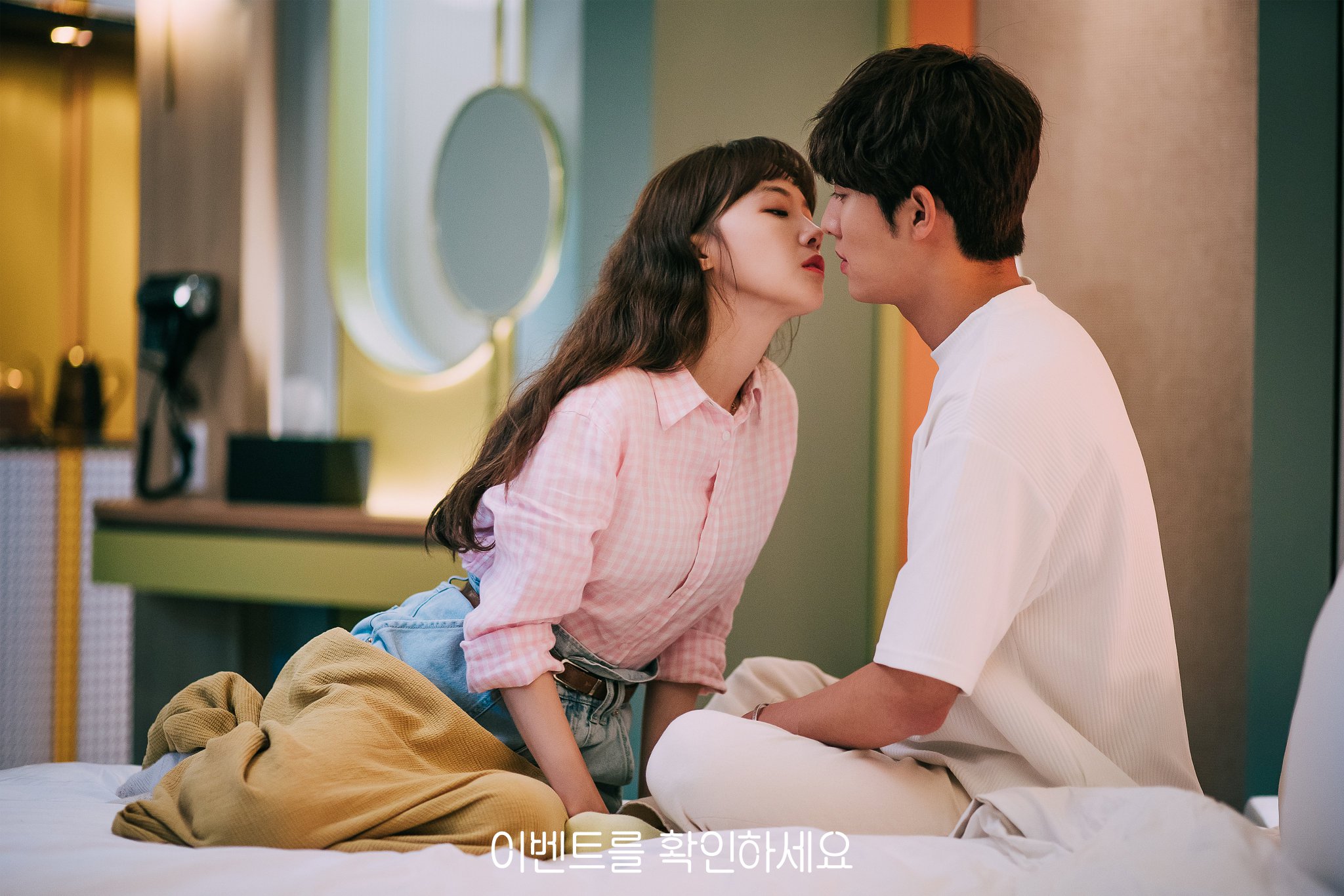 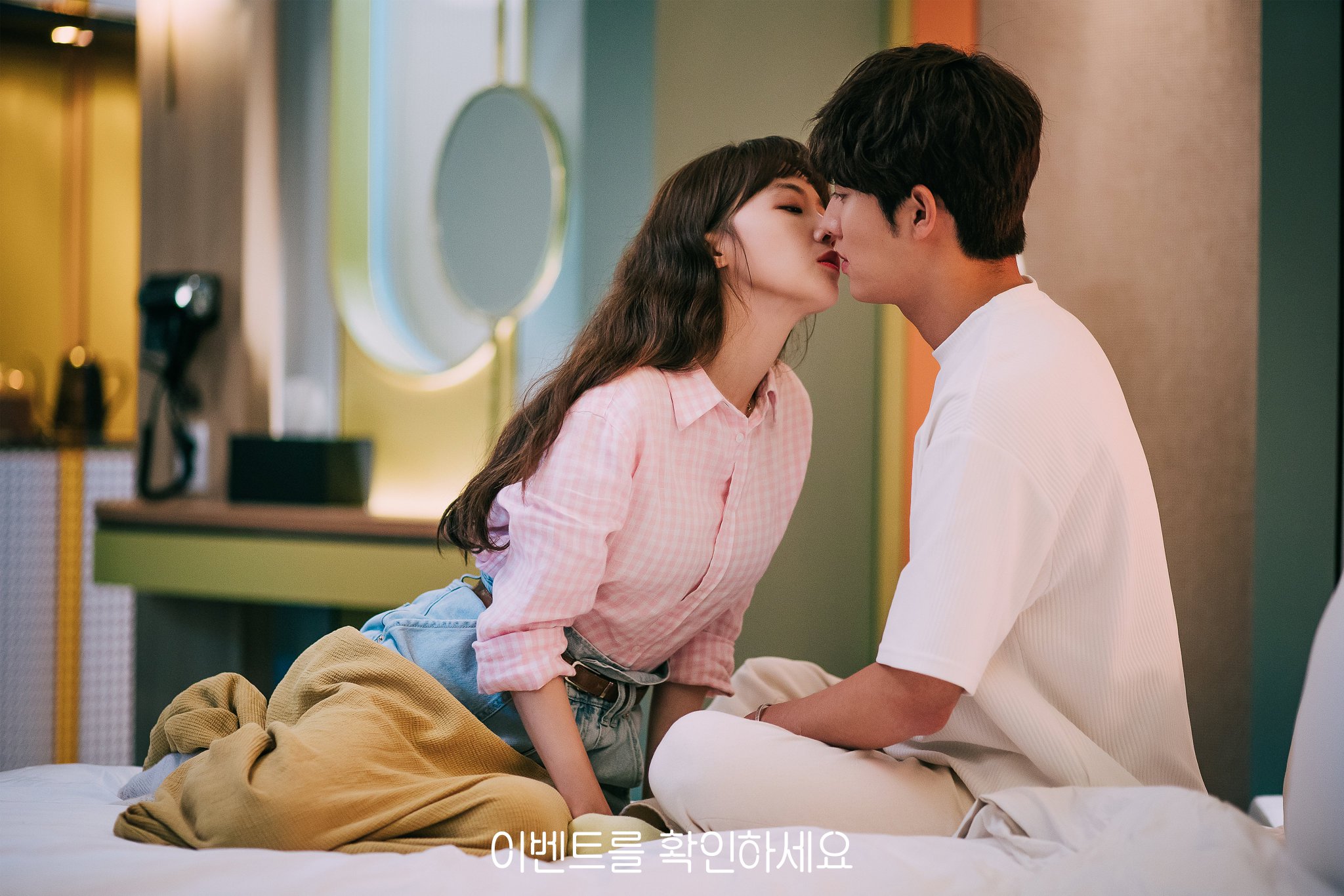 The producers of “Check Out the Event” teased, “In the drama, Song Yi and Do Kyum’s kiss holds a great deal of meaning. It shows that the two loved each other for a long time, and it will also be a key scene that hints at their true feelings for one another, even though they’ve broken up.”

They continued, “Please show a lot of interest and anticipation for what kind of new variables will shake up these two people’s love story, which isn’t over yet.”

In the meantime, catch up on the first episode of the drama with subtitles below!