Following the final episode of JTBC’s “Nevertheless,” actress Lee Ho Jung sat down to share her thoughts on the drama!

Lee Ho Jung starred in the drama as Yoon Sol, an art student who explored the process of transforming her friendship with Ji Wan (Yoon Seo Ah) into something deeper. The detailed way that Lee Ho Jung expressed such complicated emotions added an extra layer of depth to the drama. In addition, her thorough analysis of her role helped her become perfectly in sync with her character, earning her many favorable reviews for her performance.

Lee Ho Jung began the interview with her thoughts on wrapping up the drama. “I have lots of regrets since the drama ended so quickly,” she shared. “As I poured my all into preparing for the role of Yoon Sol, I’m glad that I was able to send her off with good feelings.”

On how she felt in the role of Yoon Sol, Lee Ho Jung commented, “I was so happy acting as Yoon Sol. While preparing for the drama, I completely fell in love with her as I thought she was a very charming character. I tried to leave that charm of hers untouched and present it just as it was. I think I’ve reached a turning point as an actress after meeting Yoon Sol.”

Lee Ho Jung mentioned that she thought long and hard about what aspect of her character to emphasize, especially since every character in the drama had their own unique personality. “I wanted to make a profound character who could be anybody, but could also not be anyone,” she revealed. “Since Yoon Sol chooses her words carefully, I thought that her one word should carry the strength of 10 words. I paid attention to each and every word in the script. I tried to express her individuality through her outfits and accessories instead of her hair and makeup.”

As for the reactions she heard from those around her, Lee Ho Jung said with a laugh, “I think they like Yoon Sol better than Lee Ho Jung.” She continued, “Sometimes my acquaintances jokingly ask me to repeat whatever I had just said in Yoon Sol’s voice. I’m grateful that so many people seem to relate to and treasure the character that I played.”

Lee Ho Jung also talked about the atmosphere on set and what it was like filming with so many other actors of a similar age, saying, “Since we were all such good friends, we laughed a lot and had a fun time filming. Maybe it’s because we were all close in age, but we talked a lot without holding back and learned from each other while filming.” 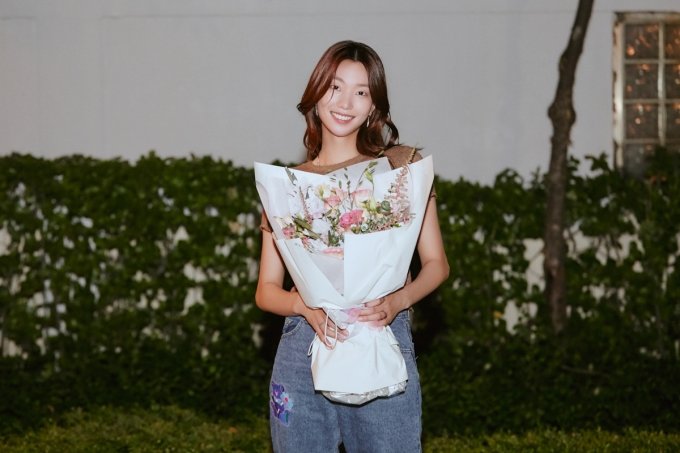 Lee Ho Jung spoke favorably about Yoon Seo Ah, who played Yoon Sol’s counterpart Ji Wan. “We thought a lot about Sol and Ji Wan’s relationship in order for it to be liked by the viewers,” she confessed. “Even when we weren’t filming together, we met up to practice a lot and worked on our teamwork so as to appear close to each other. Yoon Seo Ah herself is really lovable and I’m thankful that she portrayed the lovely Ji Wan so well.”

The actress then revealed that Ji Wan’s drunken confession scene in episode 7 was especially memorable for her. She added with a laugh, “We were both so nervous.”

When asked what she had gained from the drama, Lee Ho Jung answered, “While acting in this drama I think the biggest thing I gained was people. I was able to work with such good people, and I feel like I also gained good friends.”

Lee Ho Jung also acted in the film “Hostage: Missing Celebrity” that is playing at theaters now and is currently filming for the upcoming drama “The Jinx’s Lover” (literal title). She commented, “I hope I’m able to greet everyone with a more improved appearance through a lot of productions.”

She wrapped up with a final message for “Nevertheless” viewers as she said, “I’m so thankful for your overflowing love, and nothing but grateful for how you all treasured and supported Yoon Sol and Ji Wan. Please keep an eye out for me as well. Thank you!”

Check out Lee Ho Jung in the drama “Let Me Introduce Her” below:

Lee Ho Jung
Nevertheless
How does this article make you feel?