On the August 22 episode of SBS’s “Running Man,” the cast congratulated Yoo Jae Suk on the end of his self-quarantine period.

In late July, one of the staff members from tvN’s “You Quiz on the Block” tested positive for COVID-19. Yoo Jae Suk tested negative for the virus, but entered self-quarantine as a precautionary measure. He remained in self-quarantine for two weeks even though it was eventually determined that he was not a close contact of the case.

After Yoo Jae Suk welcomed the rest of the cast after being separated from them for three weeks, HaHa joked, “Yoo Jae Suk’s phone bill must have been 2 million won [about $1700].” Yang Se Chan chimed in, “He must have been really bored.”

Yoo Jae Suk admitted, “I did call a lot of people.” HaHa quipped, “Jung Joon Ha got really sick of it.” Jun So Min shared her own experience, commenting, “He just won’t hang up!” 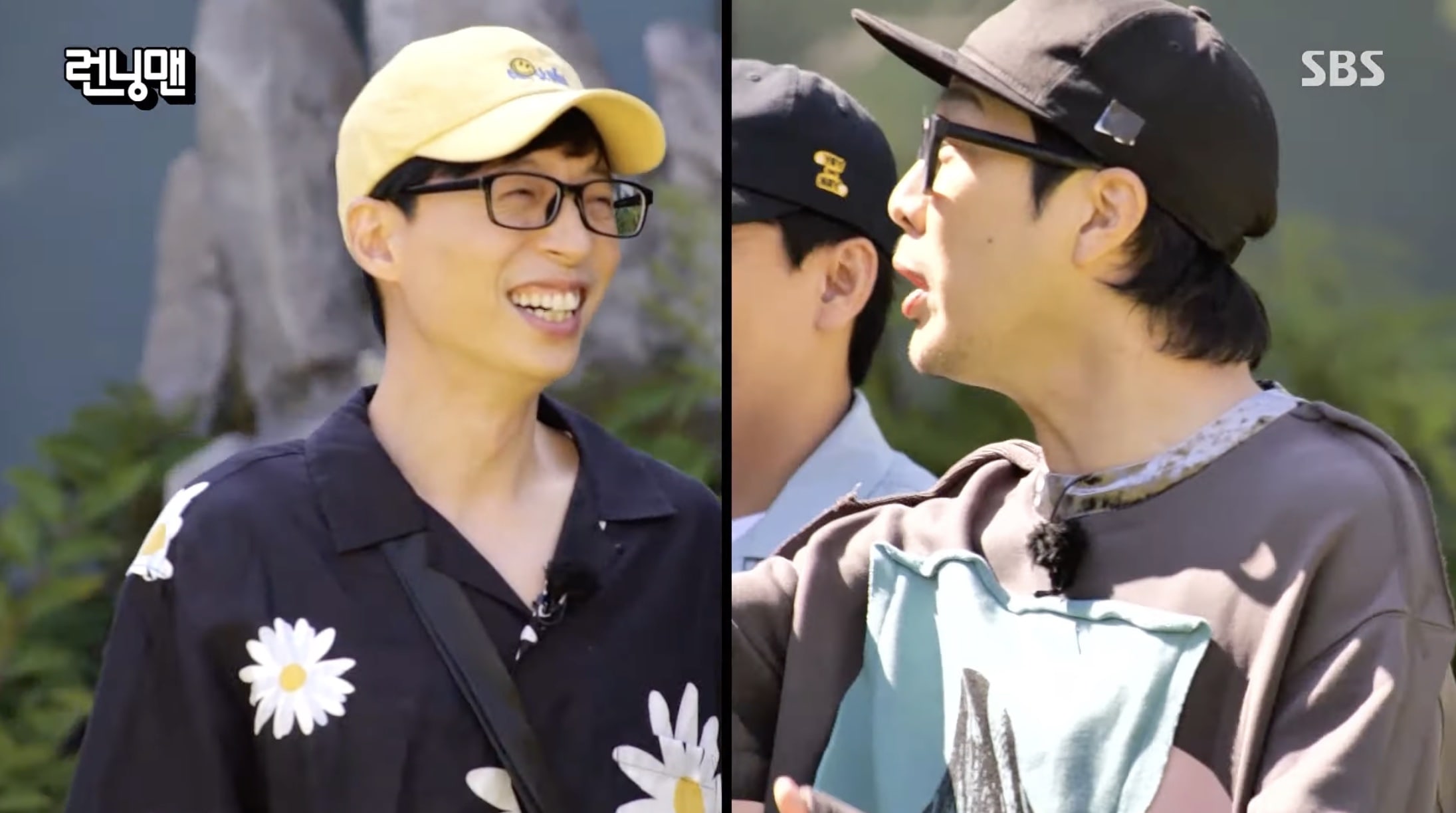 Kim Jong Kook took the opportunity to tease and said, “You didn’t see your kids during self-quarantine, right?” Yoo Jae Suk affirmed, “No, I couldn’t.” Kim Jong Kook joked, “You must have been so comfortable.”

HaHa took up the joke and observed, “You could have come out after a week [when it was determined that Yoo Jae Suk had not been a close contact] but you extended it by another week!” 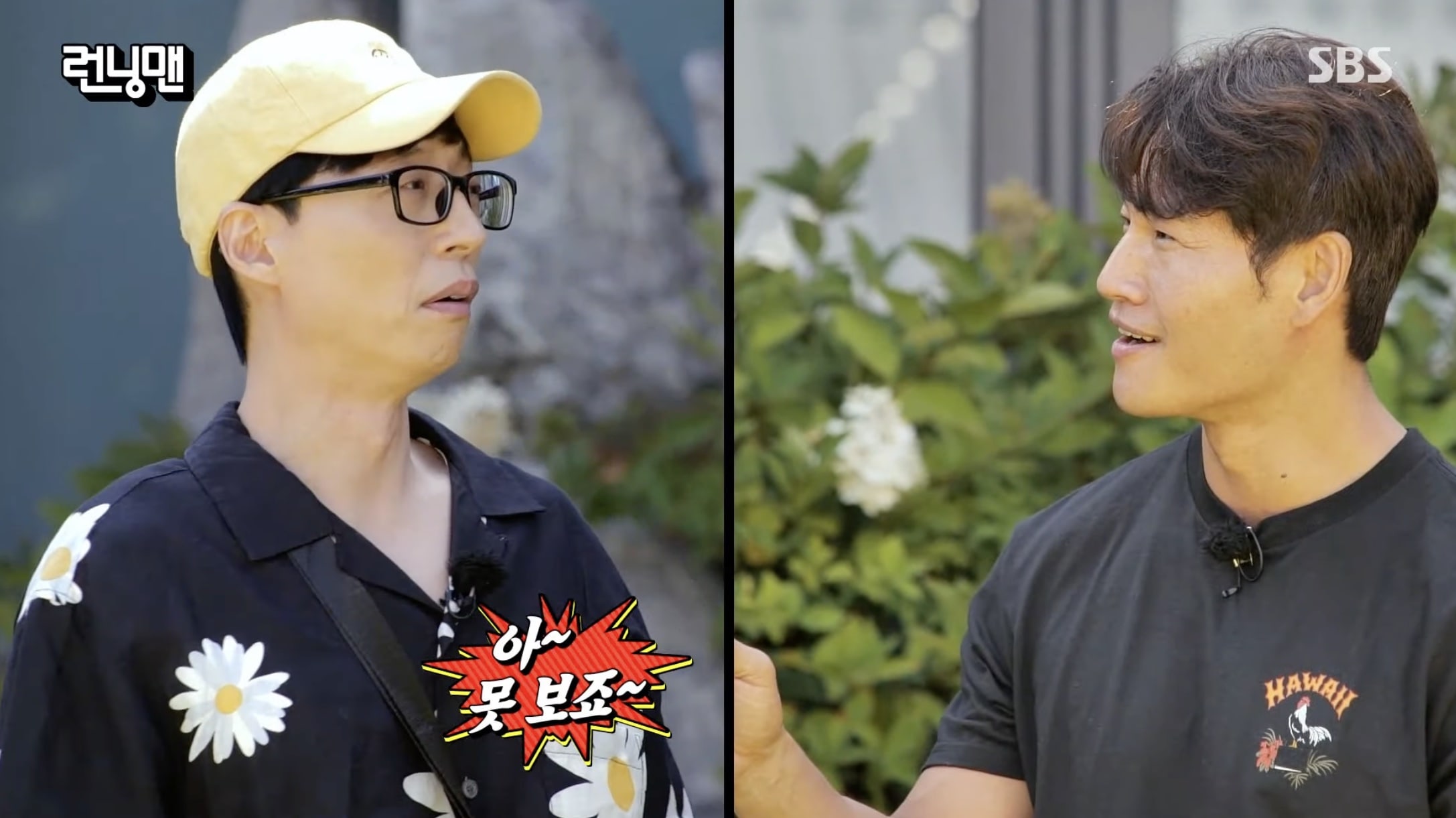 Yoo Jae Suk changed the subject to say that Ji Suk Jin had received the first dose of the COVID-19 Pfizer vaccine. He is the first cast member of “Running Man” to receive the COVID-19 vaccine as he is also the oldest cast member (South Korea’s vaccination rollout is based primarily on age brackets).

He said, “Ji Suk Jin bragged to me a lot about getting the Pfizer vaccine. He called me when he got it and called me again two hours later to brag that he felt no side effects.” Kim Jong Kook commented, “He sounds like my dad.” 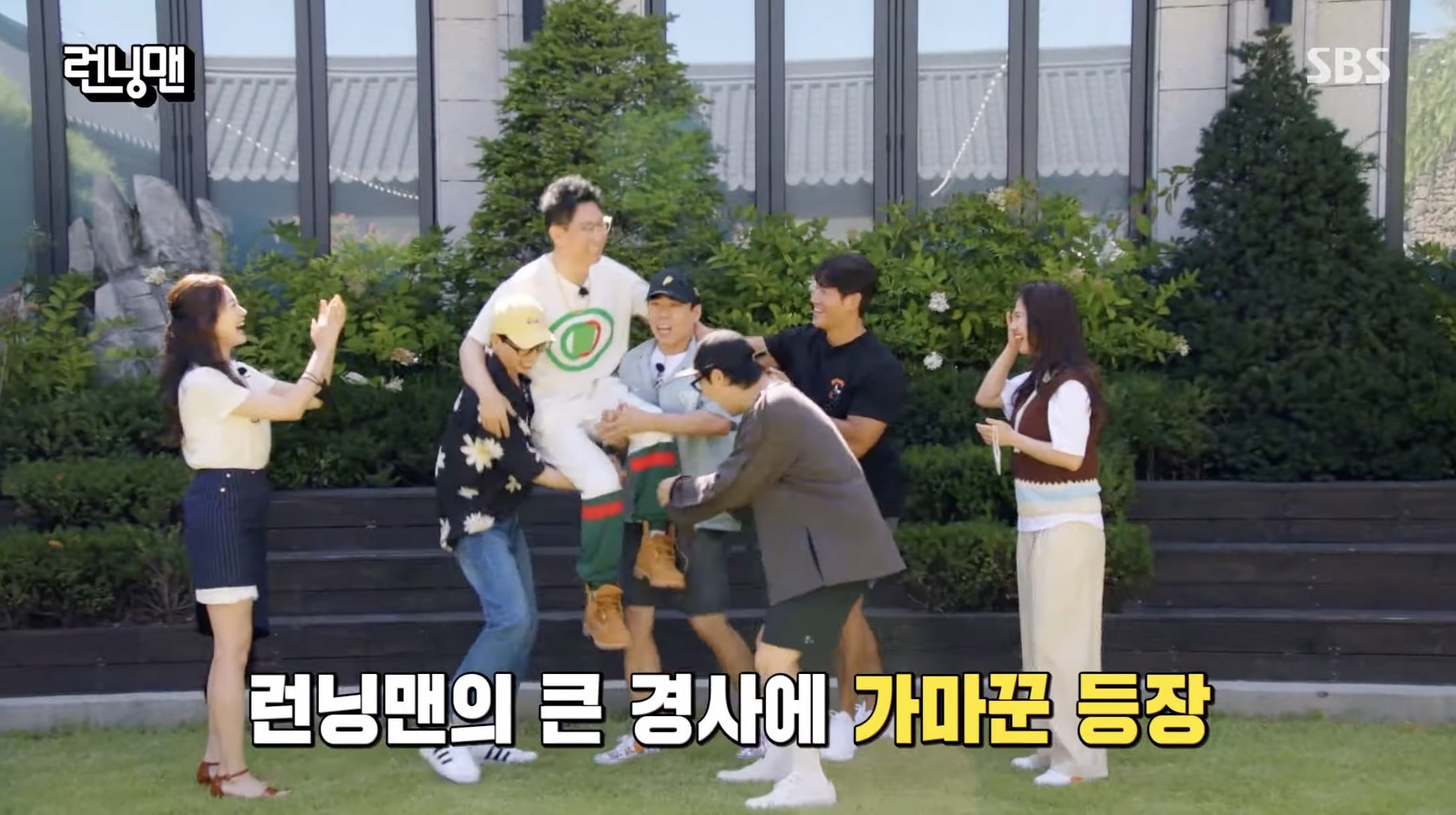